Photo posted January 23, 2013 in News, Best of CommMedia by College of Communications

2012 was another year of celebration and turmoil – from the death of Joe Paterno to the success of another THON – and another year of the small moments that measure our time. Our photojournalism students have created a memorable collection of photographs that honor and remember 2012. 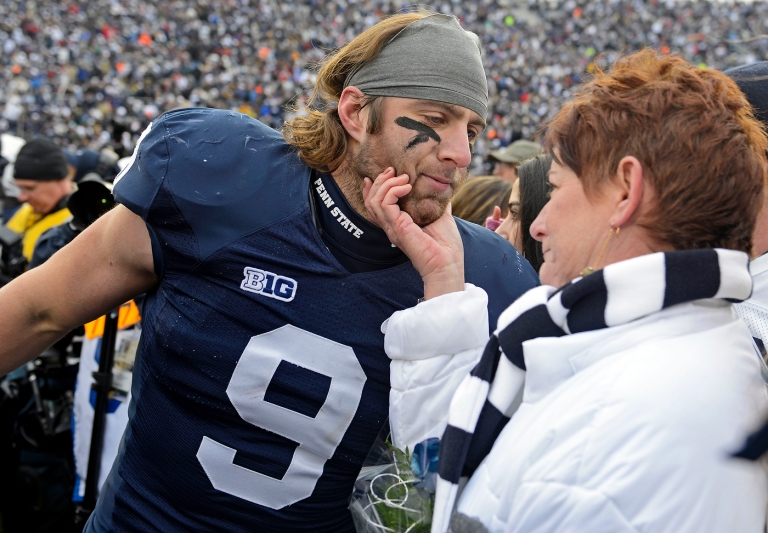 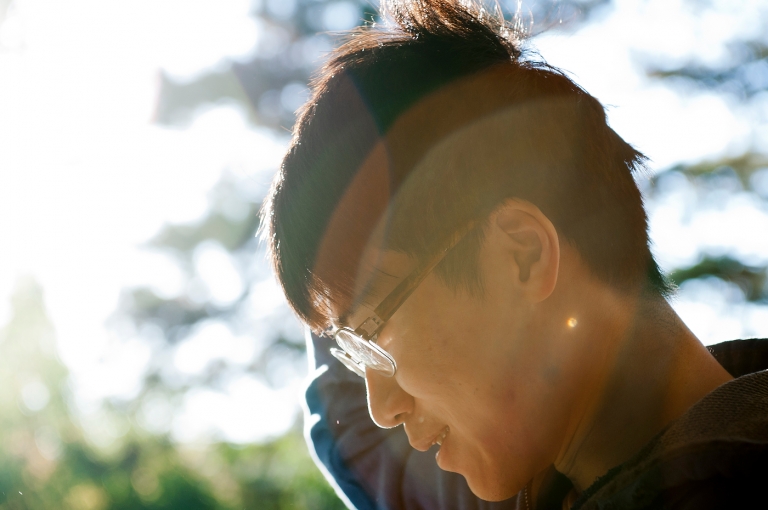 Yesheng Guo, 26, from JiNan China, is finishing his PhD degree in Economics at Penn State. / Photo by Yujun Shao 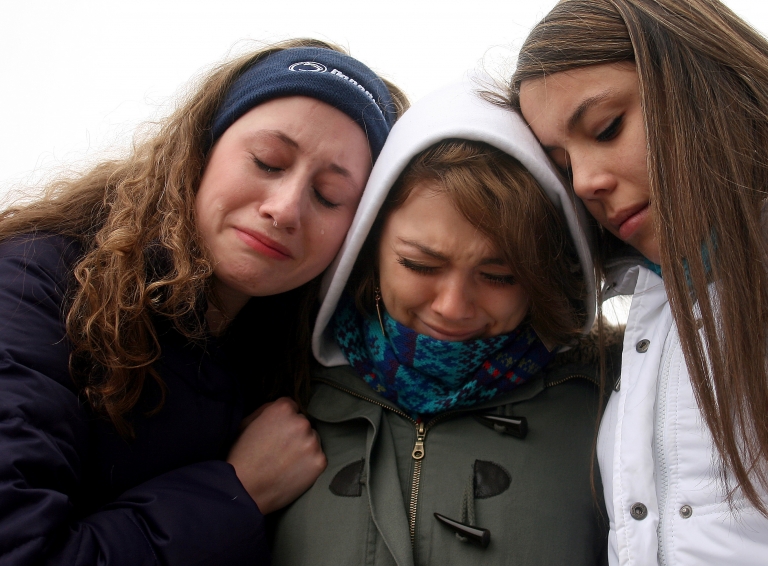 Members of the Penn State show choir group Singing Lions, from left, Annelise Gaus, Meredith Moore and Tanya Cuadra huddle together after singing the Penn State alma mater at the Joe Paterno statue outside of Beaver Stadium hours after learning that Coach Paterno had died. / Photo by Jill Knight 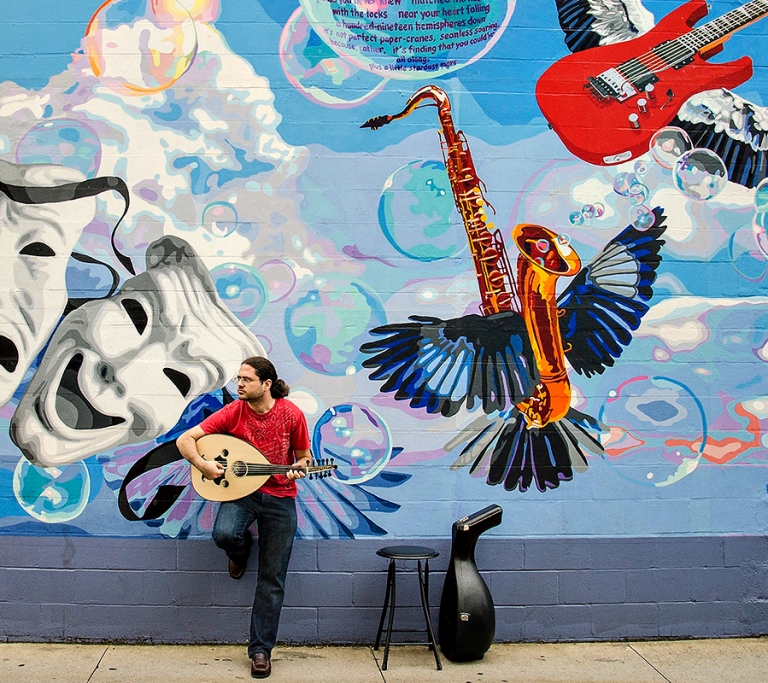 Emre Kultursay plays his oud in front of a mural on Calder Way, State College, Pa. The oud is an eleven-stringed instrument prominent in traditional Turkish music. / Photo by Steve Osborn 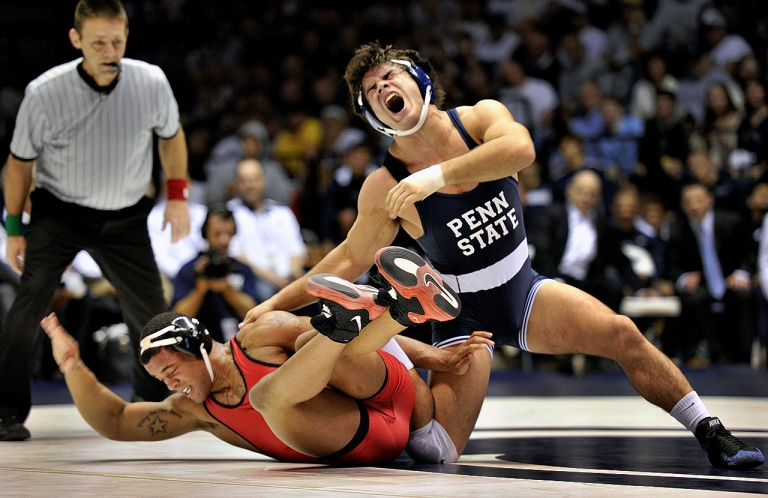 Penn State true freshman Morgan McIntosh, right, yells in pain as his leg is twisted during a bout against Ohio State's Andrew Campolattano during the Nittany Lions Big Ten victory over the Buckeyes. / Photo by Kelley King 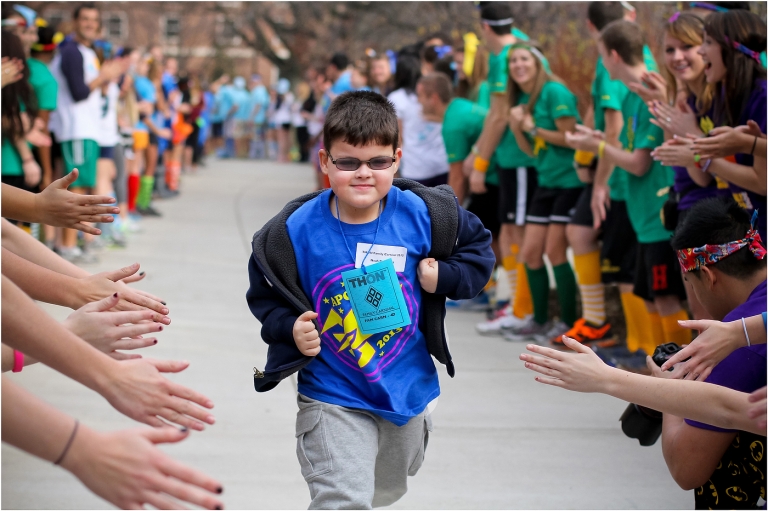 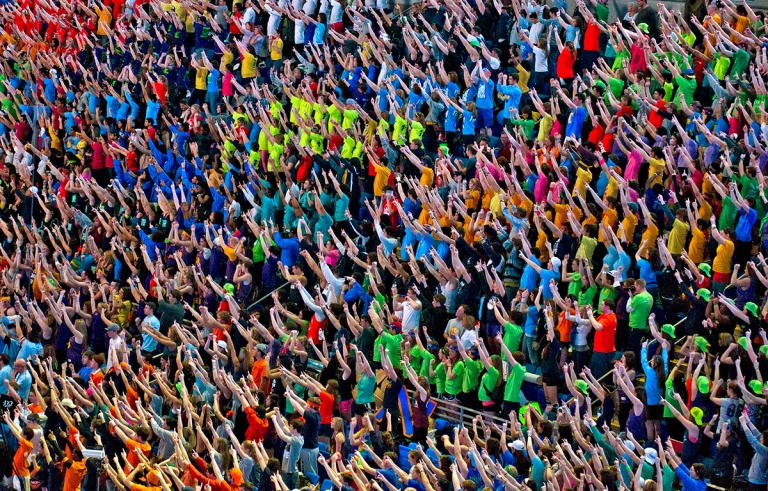 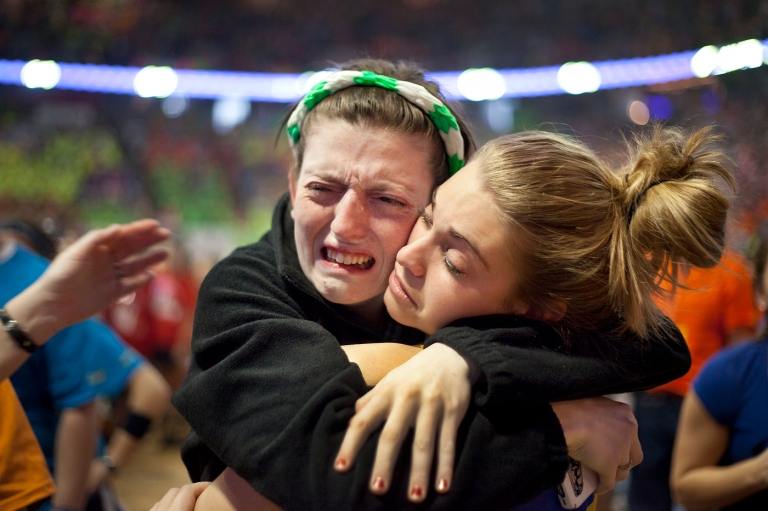 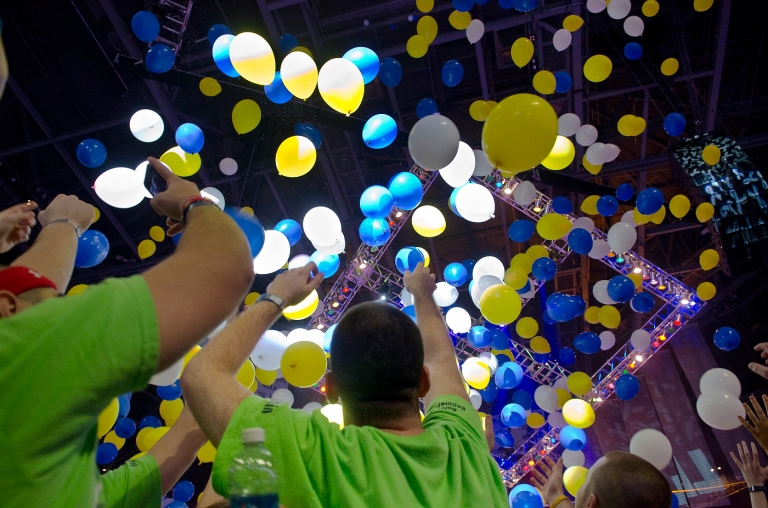 Rules and Regulations captains dance to Go Go Gadget as balloons fall from the ceiling during the final four hours of THON 2012. / Photo by Julianna O'Malley 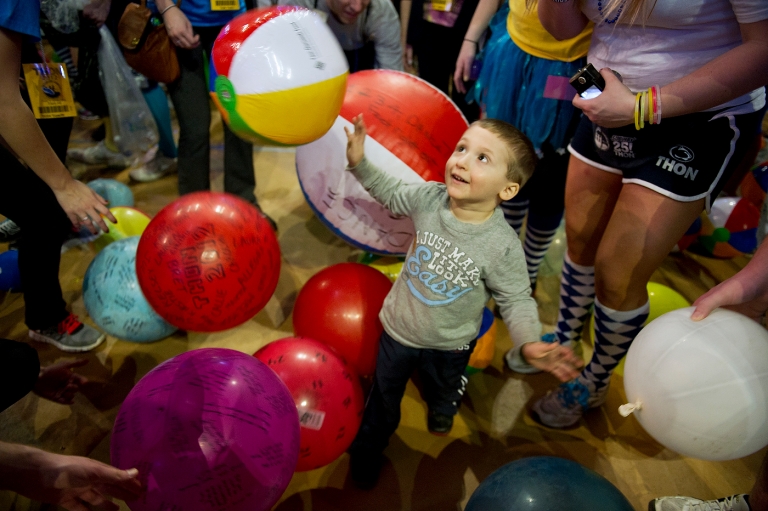 Daniel Testa, 3, a Four Diamonds child from Lancaster, plays with his family during THON on Saturday night. / Photo by Kelley King 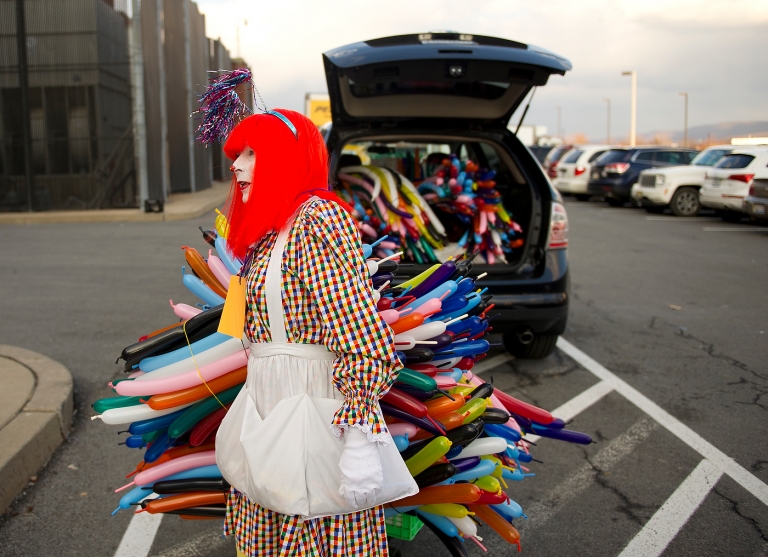 Kathy Schaffer, AKA "Wackadoodle the clown", of Allentown, empties pre-made balloons out of her car on her way to entertain THON dancers / Photo by Kelley King 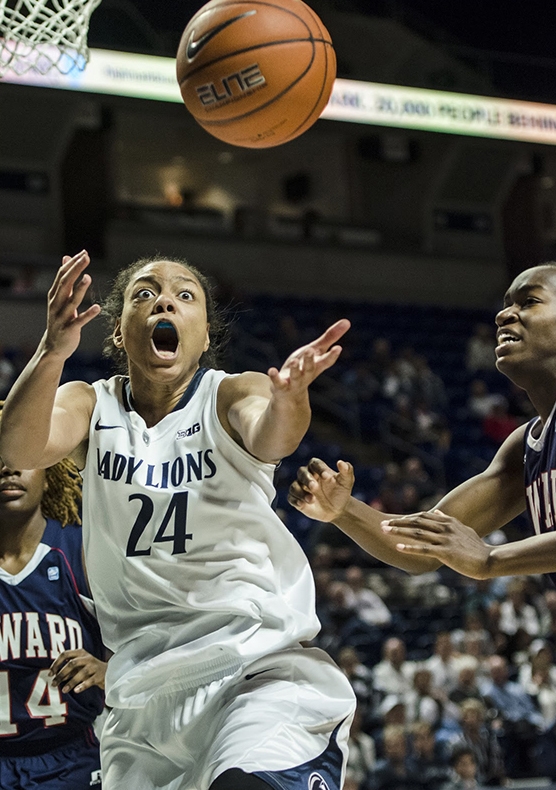 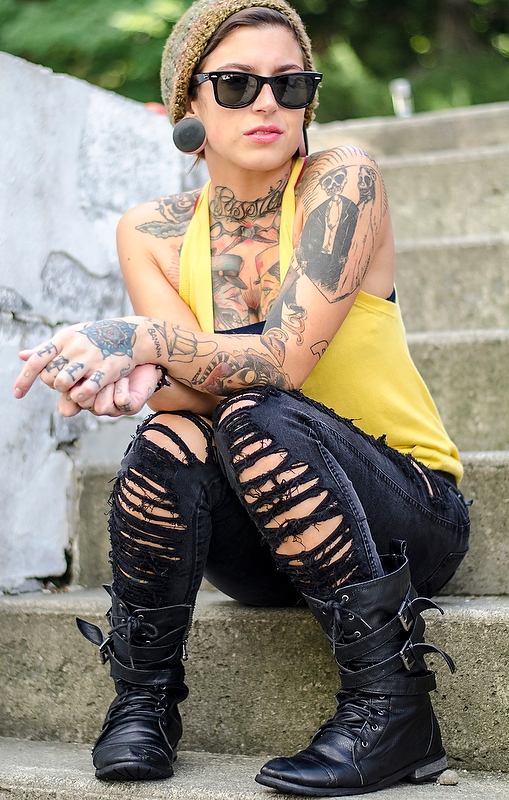 Lacy Terenzio poses on the steps outside her home in Dunmore Pa. Terenzio works as a hair stylist at Totally Tan and Synergy Salon in Moscow Pa. / Photo by Steve Osborn 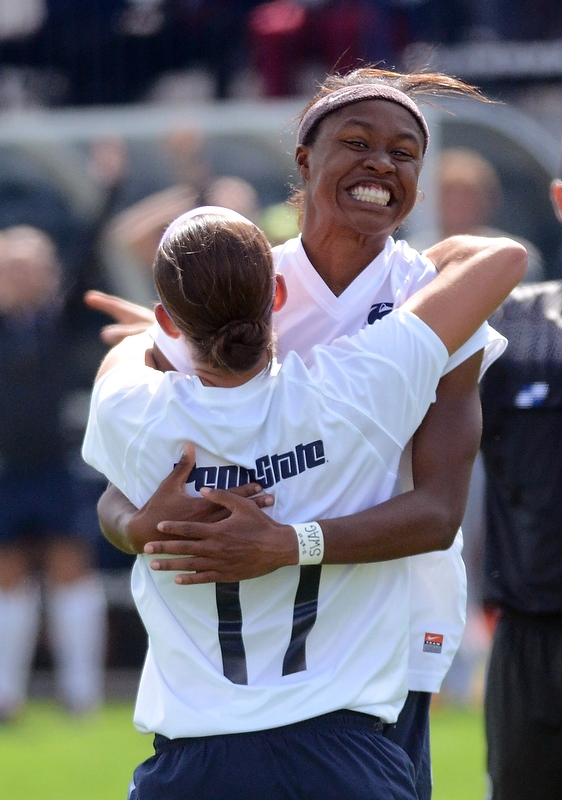 Maya Hayes (5) and teammate Whitney Church (17) celebrate after Church scores the fourth goal for Penn State with a header off a corner kick during the game against Minnesota. The Nittany Lions had a close victory against the Gophers with a score of 4 to 3. Hayes scored two of the four goals for Nittany Lions. / Photo by Lucia Sofo

Jessie Zhang, 21, from Thailand, puts on makeup. She and 3 other girls wearing chi-pao perform a traditional Chinese fashion show at the Chinese Mid-Autumn Festival Gala. / Photo by Yujun Shao 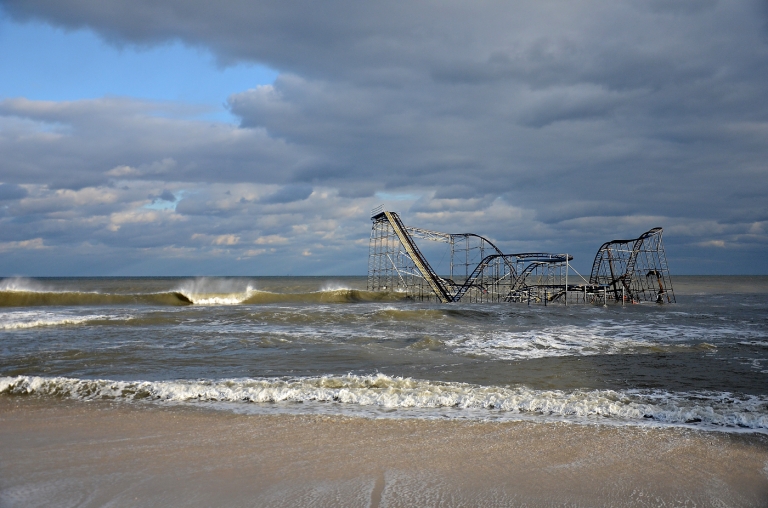 Waves wash over The Jet Star Roller Coaster on November 24, 2012. The iconic roller coaster in Seaside Heights was swept into the ocean by Hurricane Sandy. / Photo by Torri Singer 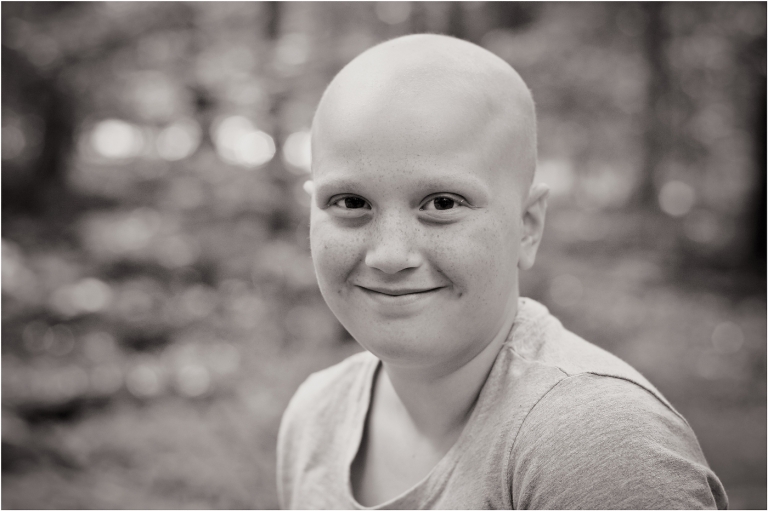 Alexandra, who is battling cancer, poses for a photo at Camp Can-Do, a camp for children with cancer at Gretna Glen in Mount Gretna, PA. / Photo by Savannah Smith 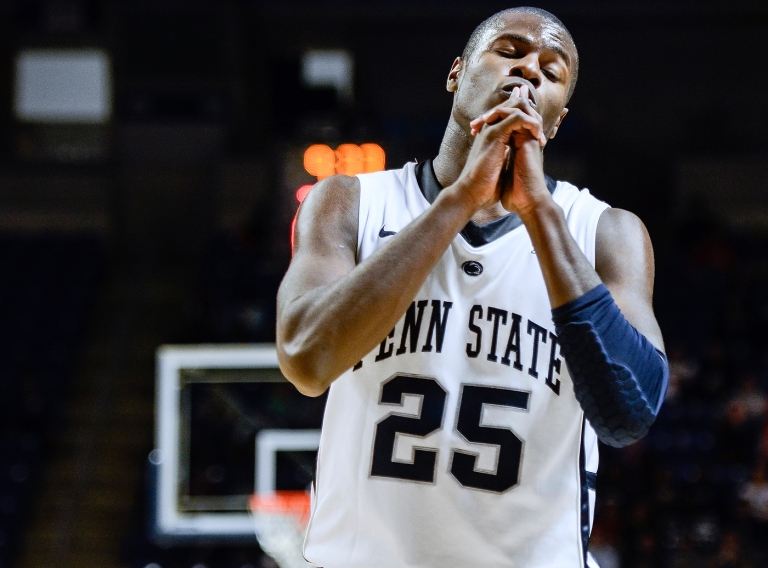 Jon Graham reacts after accidentally committing a foul, which resulted in a three-point play. / Photo by Steve Osborn 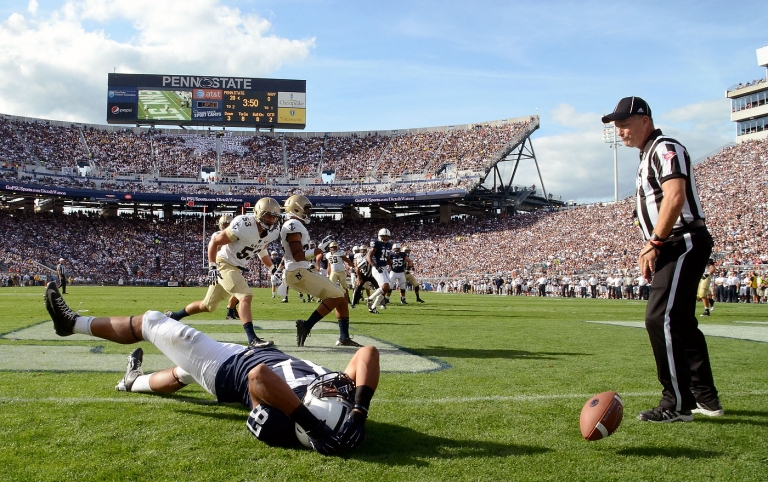 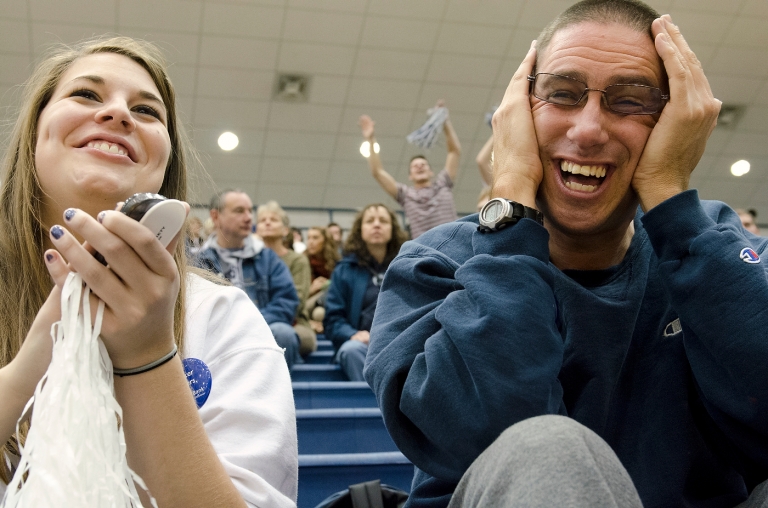 Jeff Fredericks, 37, attends a women's volleyball match versus Illinois with Penn State Best Buddies President Olivia Garbett, who is a junior majoring in special education. Despite his disability, "Jeff is filled with fun and has a great personality," Olivia said. / Photo by Jessica Paholsky 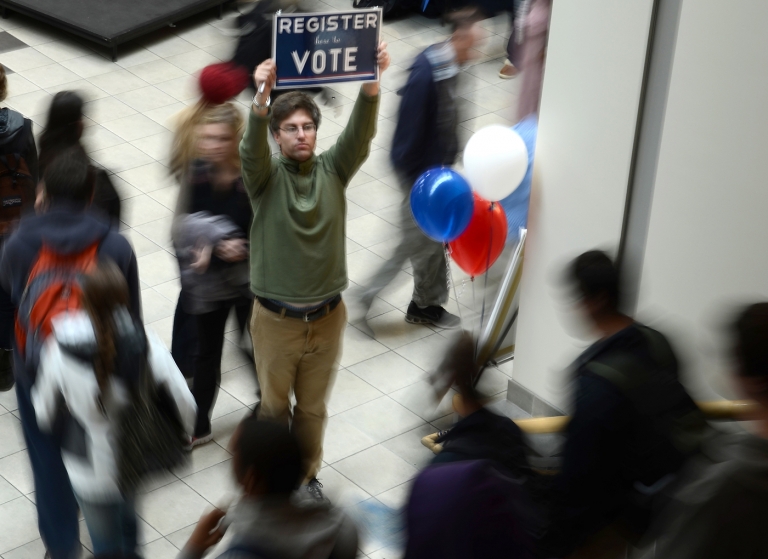 Zach Hamadyk holds a sign to encourage student voter registration in the HUB Robesen Center at Penn State. / Photo by 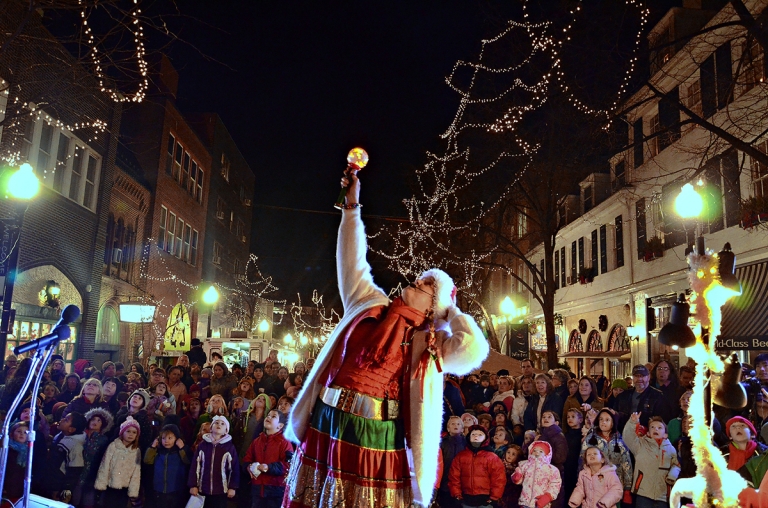 Galla Higinbotham from the Dan and Galla Musical Show calls for Santa at the State College Tree Lighting Ceremony. / Photo by Vincent Corso