Big Impact in a Small Package

The tallest player on the Penn State Lady Lion basketball roster stands at 6’6” tall. Their manager: 2’10”. 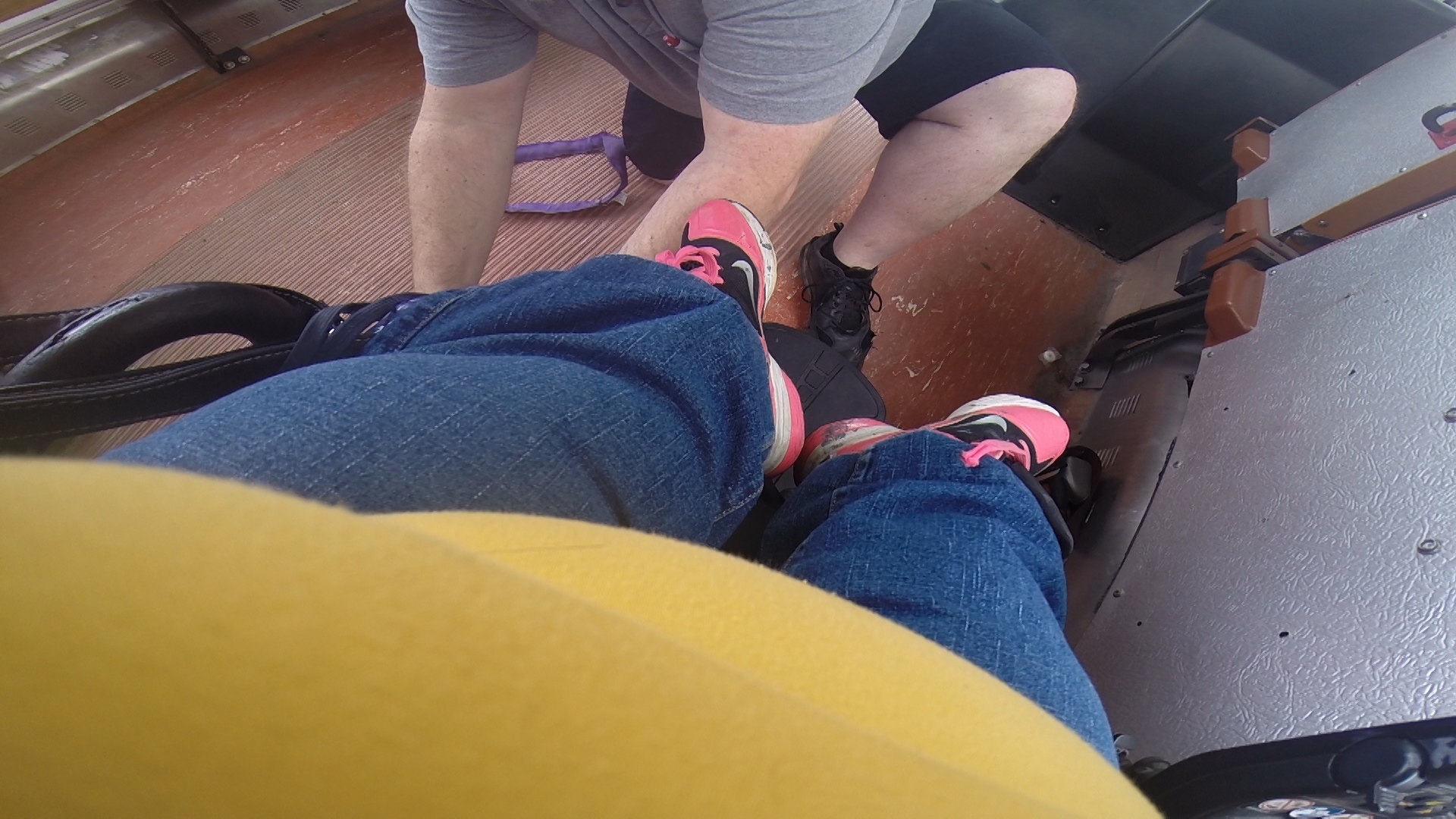 Jaz Brown has to be helped into buses and cars, making transportation challenging wherever she goes. Photo by Brittany Misitano

“What’s up, Spike Lee?” Head Coach Coquese Washington asks from the sideline as Jaz Brown rolls past her, camera in hand, ready to film an offseason workout.

Brown, a junior at Penn State, began working with the Lady Lions in 2014 as a video manager. Some of her duties, other than filming practices and workouts, include creating intro videos for the Lady Lion’s games, and helping the coaches with recruiting videos.

“You know, it’s a real humbling experience. There are days when I feel like I don’t make a difference at all. And then I have people who I don’t even know, who know of me, who come up and say I’m doing a really good job,” Brown says. “It’s good to know that people look up to me and tell me that I inspire them to pursue whatever goals they have in mind.”

As for the height difference between her and the players, Brown says it doesn’t affect her at all. In fact, she embraces it.

“Being the shortest manager in the NCAA feels amazing,” Brown says. “For the first time, I really felt short. I think it’s great knowing I’m amongst all these tall people everyday and it’s just exciting.”

“It would be a challenge, and that’s kinda why I want to do it. So that I can challenge myself, so wherever I go in life something like this can be easier,” Brown says.

Stephen Fishler, one of the other Lady Lion managers, works with Brown and enjoys her company and the levity she brings to the office.

For now, Brown is looking forward to working with the Lady Lions next season and will continue to take life one day at a time.

Her future ambitions include moving to California after graduation to get into editing television shows or studio production as a technical director. She says she’d like to eventually get into film production.

Stephen Fishler, head manager, talks about what it's like to work with Jaz Brown on a daily basis.

I want to pursue a career as an on-camera reporter in the sports or entertainment field.