Noah Rinehart has Down Syndrome. He became a quadriplegic after a 2006 swimming accident at age 13. Despite the devastating injury, Noah and his family have worked hard to help the young man live a full life.

Noah's parents, John and Becky, added an addition to their home to accomodate their son's physical condition. The family dynamic has evolved as well, especially the relationship between father and son. 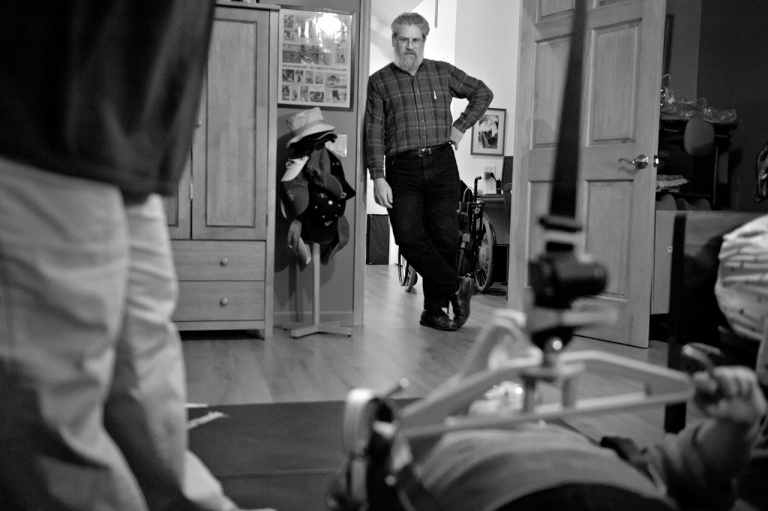 John Rinehart watches from the doorway as Alex Luca helps Rinehart’s son, Noah, on to the floor using a winch at the Rinehart’s home in Dover, Pa. Noah,19, has Down Syndrome and was left a quadriplegic after a swimming accident on June 23, 2006 at age 13. Since then, by necessity and desire, the father and son are almost inseparable. A nurse comes to their home twice a week to give Noah’s parents a few hours of relief. / Photo by Krista Myers 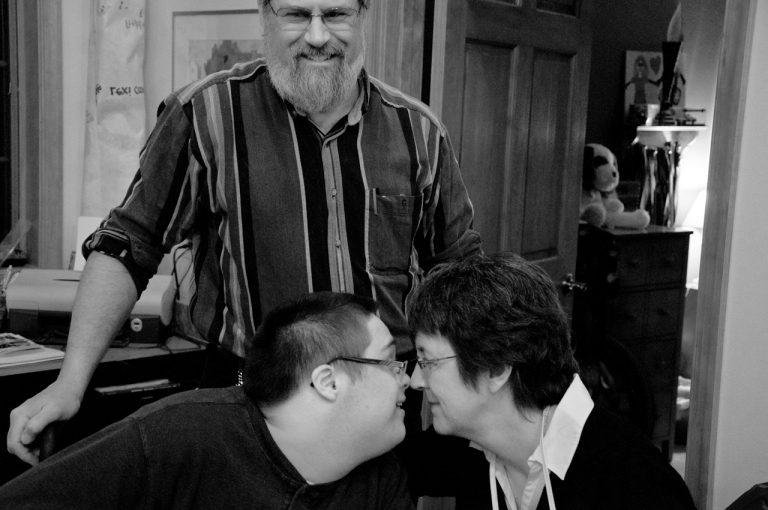 The Rineharts pause for a silly moment at home. John laughs at Noah and Becky after Noah says, "Come here, Beck, nose-to-nose”. / Photo by Krista Myers 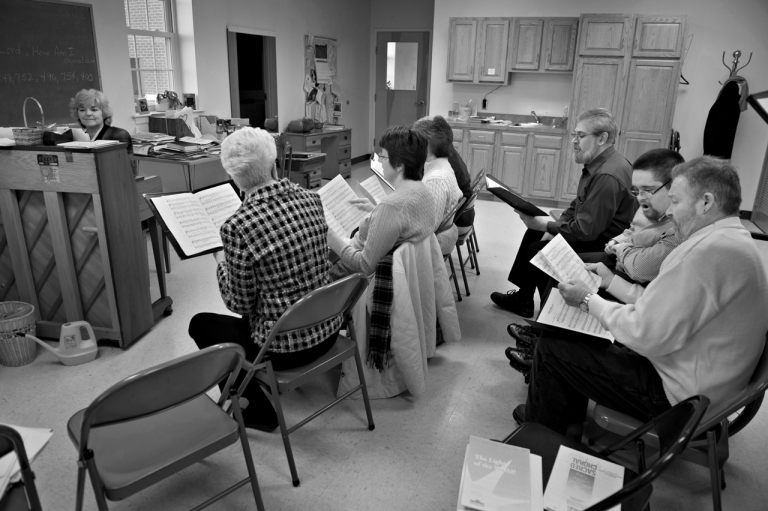 Noah and his parents sing in the church choir, rehearsing with fellow members before a Sunday service at Trinity Evangelical Lutheran Church in East Berlin, Pa. / Photo by Krista Myers 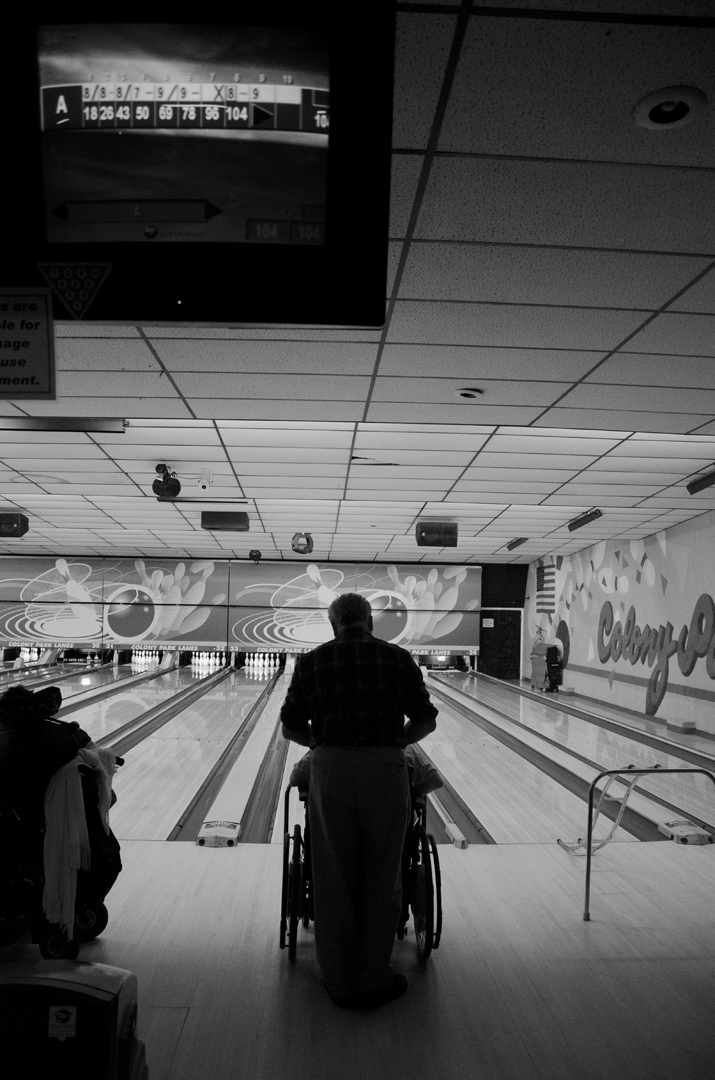 John stands behind Noah while he bowls with the York County Special Olympics at Colony Park Lanes in York, Pa. Noah uses a ramp to direct the ball while his dad runs back and forth to the ball return. / Photo by Krista Myers 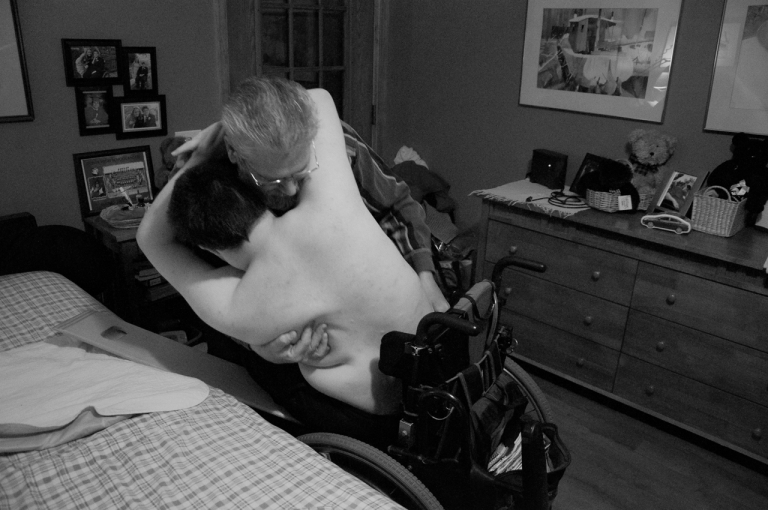 John uses a wooden board to help Noah out of bed and into his wheelchair. / Photo by Krista Myers

Krista Myers is a senior visual journalism major and kinesiology minor whose goal is to utilize and improve her photography and videography skills.

She is a native of a small town called Dover in south central Pennsylvania. After spending time as a music business major and then print journalism major at the University of Memphis in Memphis, Tennessee, she decided to come back home to study. She has worked as a section editor and writer for the student magazine FLY, and interned with the Transsylvania Mountain Bike Epic and Dover Township Parks and Recreation.

Her career goals include working as a music photographer, as a photographer and writer for a cycling magazine, editing and designing magazine content and creating multimedia content for online venues.