Photojournalism students were assigned to make portraits that celebrate people in the community who are at least 70-years-old. 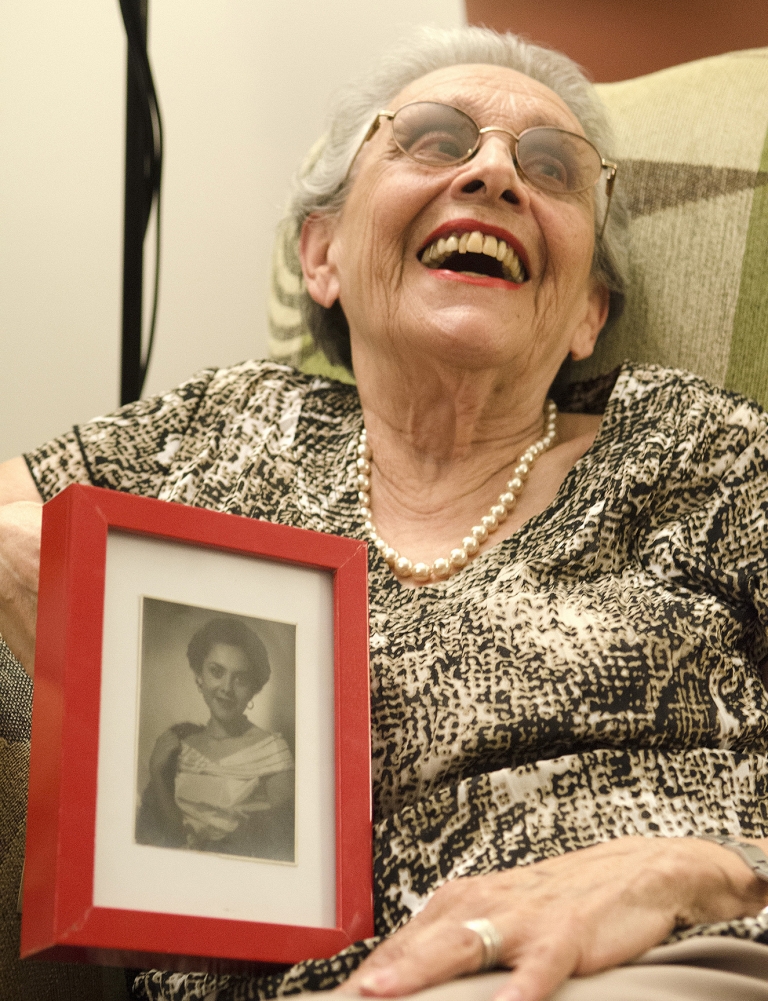 Maria Esther Aviles de Sofo, 84, of Buenos Aires, Argentina, poses with a photo of herself when she was young. She was at her son's home in State College, Pa. on Tuesday, Sept. 17, 2013. / Photo by Photo by Kelsie Netzer 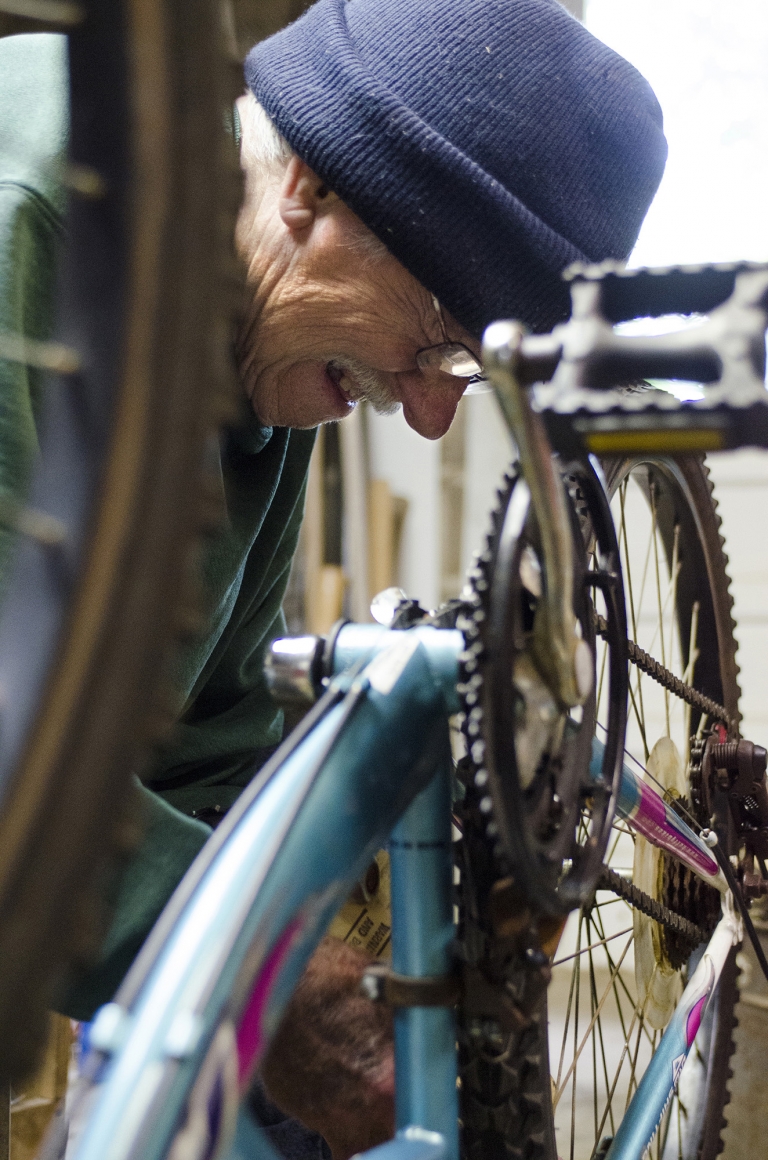 Larry Moore, 79, of State College, works to repair a bicycle in his basement on Saturday, September 14, 2013. Moore spends much of his time repairing bikes and giving them to people who can use them. / Photo by Photo by Dan Griswold 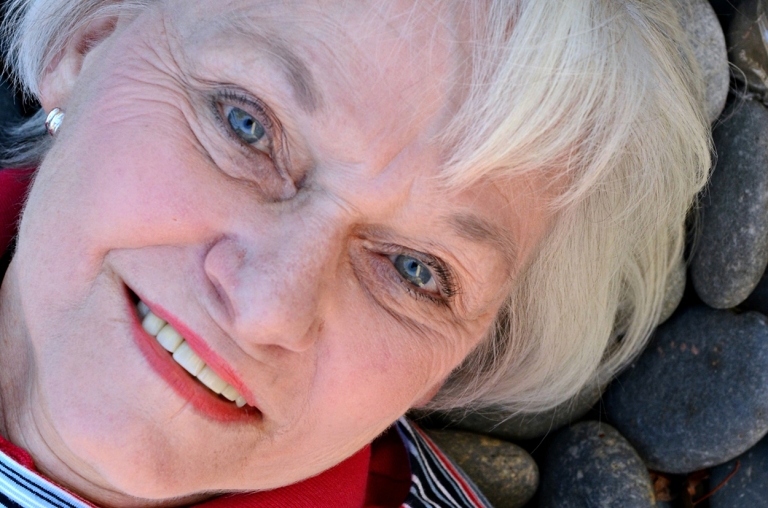 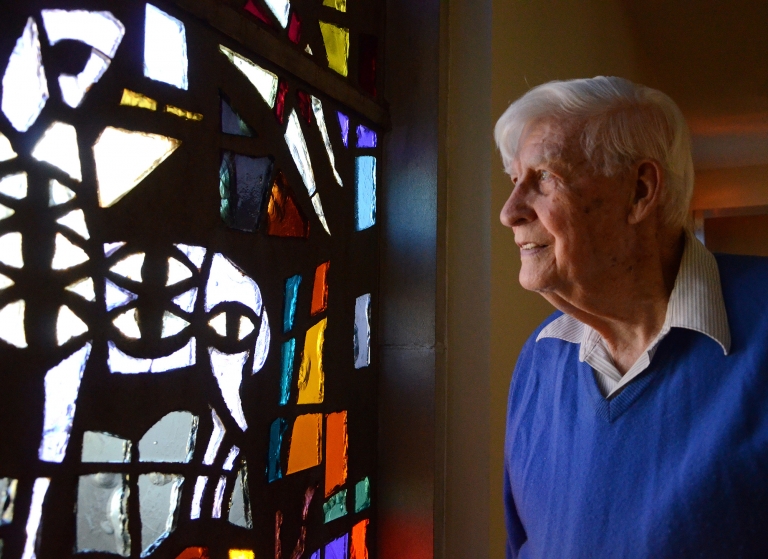 John Kriner, 89, poses in the sanctuary of Grace Lutheran Church in downtown State College Monday, September 16, 2013. A member of the church, Kriner also volunteers each week with Troop 339, a Boy Scout troop for adult men with intellectual disabilities. / Photo by Photo by Abigail Johnson 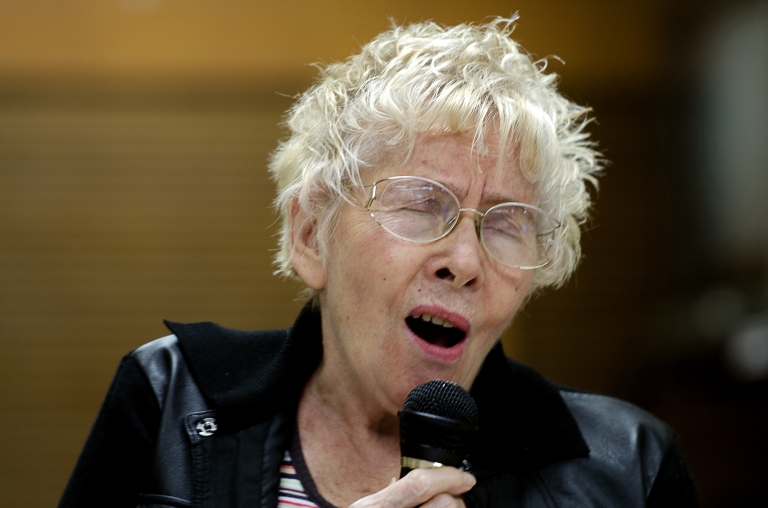 Liz Perez, 80 practices her vocals at the Centre Region Senior Center Tuesday, Sep. 17, 2013. Liz has been part of a group at the center for 15 years. / Photo by Photo by Kyle Biller 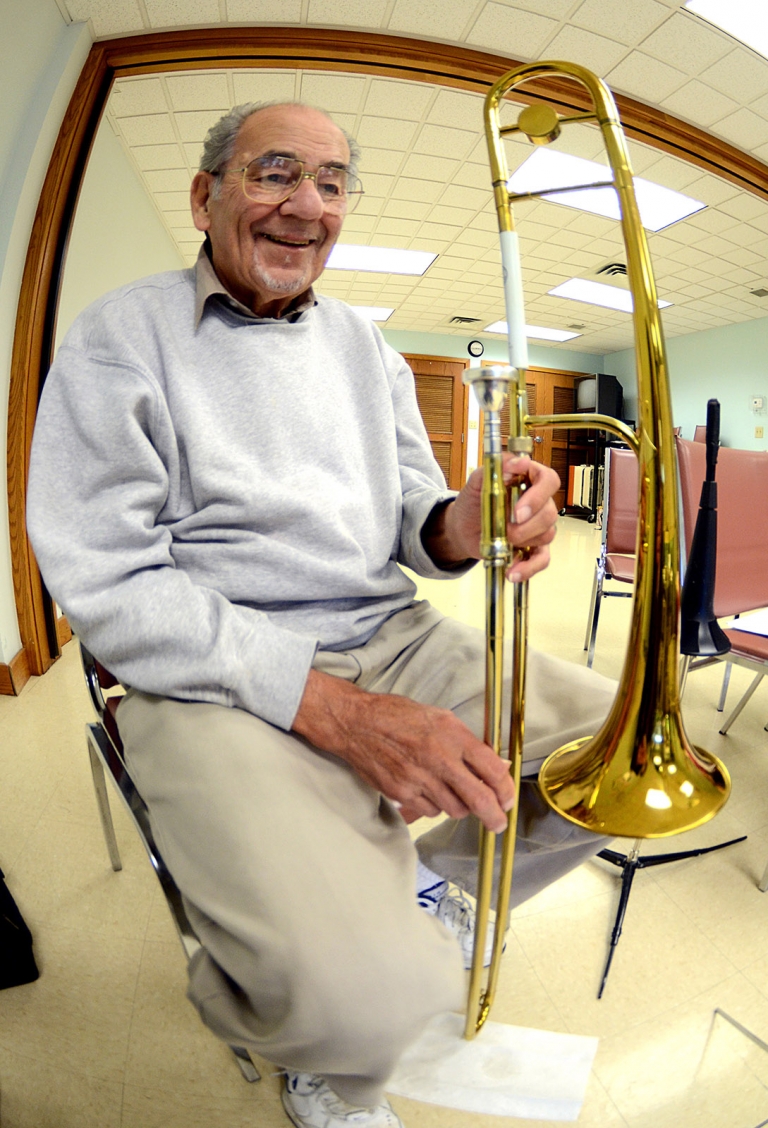 Lou Bernier, 80, rests between songs during band practice at The Centre Region Senior Center on September 17, 2013 in State College, Pa. The distortion in the photo is caused by a wide-angle lens. / Photo by Photo by Nicholas Veres