Happy Sunday Centre County! Here is this weekend’s news brought to you by Madeline Miller. Be sure to follow us on Instagram and Twitter and reach out to us with any questions!

FUN FACT: Did you know that Centre County is roughly the size of Rhode Island? 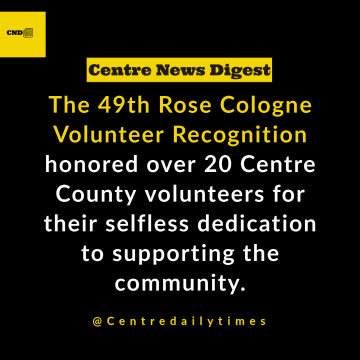 The 49th Rose Cologne Volunteer Recognition honored over 20 Centre County volunteers for their selfless dedication to supporting the community. Story from centredaily.com 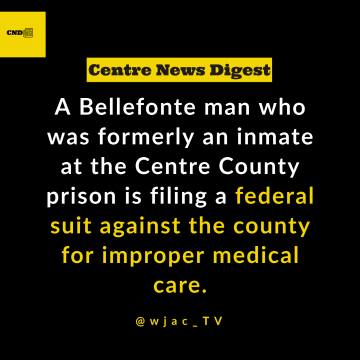 A Bellefonte man who was formerly an inmate at the Centre County prison is filing a federal suit against the county for improper medical care. Story by Gary Sinderson for wjactv.com 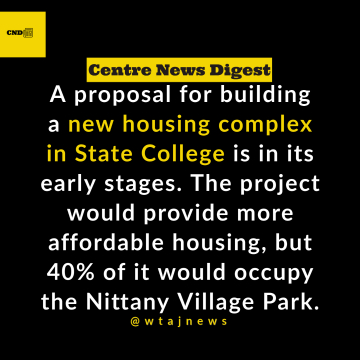 A proposal for building a new housing complex in State College is in its early stages. The project would provide more affordable housing, but 40% of it would occupy the Nittany Village Park. Story by Peyton Kennedy for wearecentralPA.com 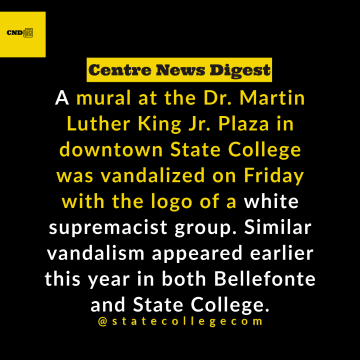 A mural at the Dr. Martin Luther King Jr. Plaza in downtown State College was vandalized

A mural at the Dr. Martin Luther King Jr. Plaza in downtown State College was vandalized on Friday with the logo of a white supremacist group. Similar vandalism appeared earlier this year in both Bellefonte and State College. Story by Geoff Rushton for statecollege.com 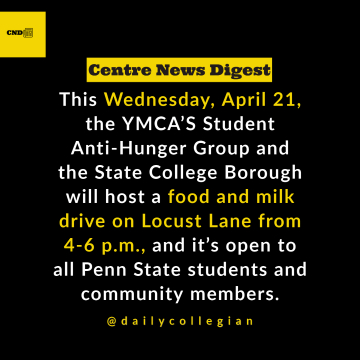 This Wednesday, April 21, the YMCA’S Student Anti-Hunger Group and the State College Borough will host a food and milk drive on Locust Lane from 4-6 p.m., and it’s open to all Penn State students and community members. Story by Brendan Morgan for collegian.psu.edu