Happy rainy Thursday Centre County, make sure to hold onto your umbrellas!Umbrella with rain drops Today's news is brought to you by Maddy Miller. As always feel free to reach out to us with any questions or suggestions.

Question of the day: How do you spend rainy days? 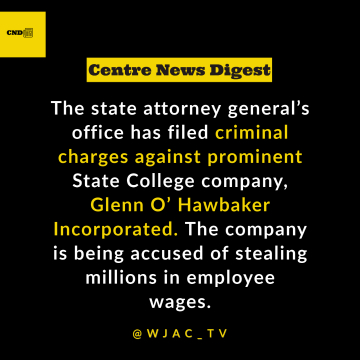 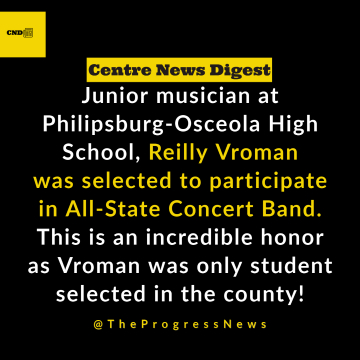 Junior musician at Philipsburg-Osceola High School,  Reilly Vroman was selected to  participate in All-State Concert Band. This is an incredible honor as Vroman was only student selected in the county! Story by Mikayla Heiss from The Progress News. 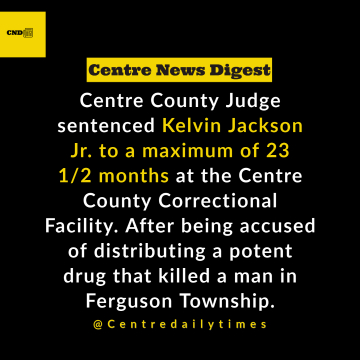 Kelvin Jackson Jr. sentenced to a maximum of 23 1/2 months

Centre County Judge sentenced Kelvin Jackson Jr. to a maximum of 23 1/2 months at the Centre County Correctional Facility. After being accused of distributing a potent drug that killed a man in Ferguson Township. Story by Bret Pallotto for Centre Daily Times. 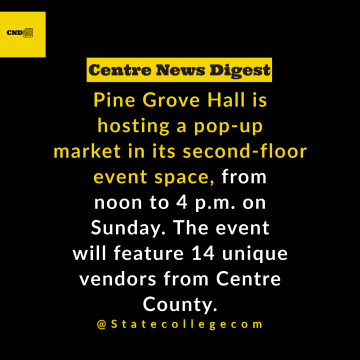 Pine Grove Hall is hosting a pop-up market in its second-floor event space, from noon to 4 p.m. on Sunday. The event will feature 14 unique vendors from Centre County. Story by Holly Riddle for State College.com 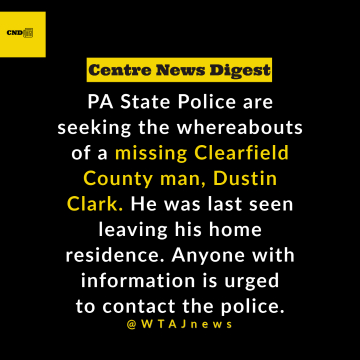 PA State police are seeking the whereabouts of a missing Clearfield County man, Dustin Clark. He was last seen leaving his home residence. Anyone with information is urged to contact the police. Story by Rian Bossler for WTAJ. 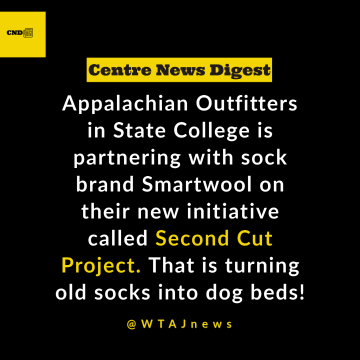 Appalachian Outfitters in State College is partnering with sock brand Smartwool on their new initiative called Second Cut Project. That is turning old socks into dog beds! Story by Peyton Kennedy for WTAJnews.