Josh Johnson needed a part-time job to help pay for tuition at Penn State University. Instead of applying for a job in retail or at a fast food restaurant, he strapped on his tap shoes and performed for tips in the New York subways. 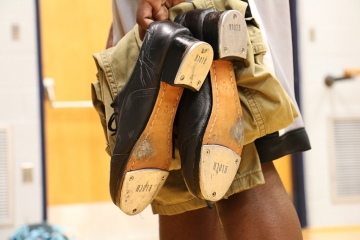 He used to travel back home to Harlem every Friday after school to street perform the whole weekend. He came back Monday mornings to go to school.

After he was profiled in the New York Times he became famous and was interviewed by Diane Sawyer and Ellen DeGeneres. He participated in Dancing with the Stars and after that his dancing career grew. Now a senior, he is getting ready to graduate from Penn State and move on with his career.

My art practice focuses on social issues related to Hispanic immigration, discrimination and lack of identity of the Hispanic community in the U.S. These issues became very important in my art work and personal life when I emigrated to the U.S., when I felt out of place, an outsider.

What Wolf Means for PA