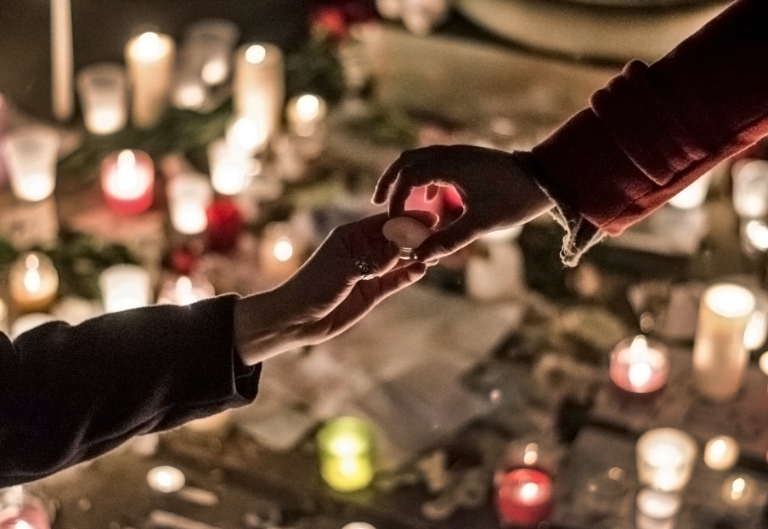 A candle is passed during a vigil held December 16, 2012 at Penn State for the victims of the Sandy Hook shootings. / Photo by Dave Cole 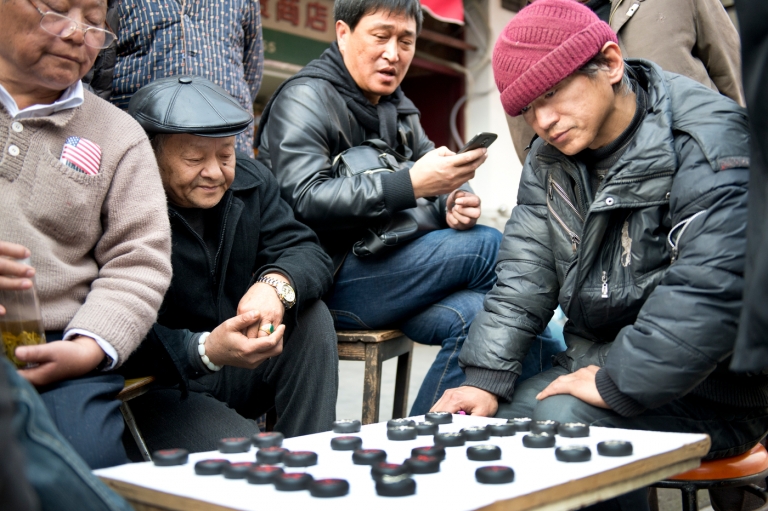 Men gather in a street in Shanghai for a game of checkers. The streets of the city are crowded with people socializing and shopping. / Photo by Dave Cole 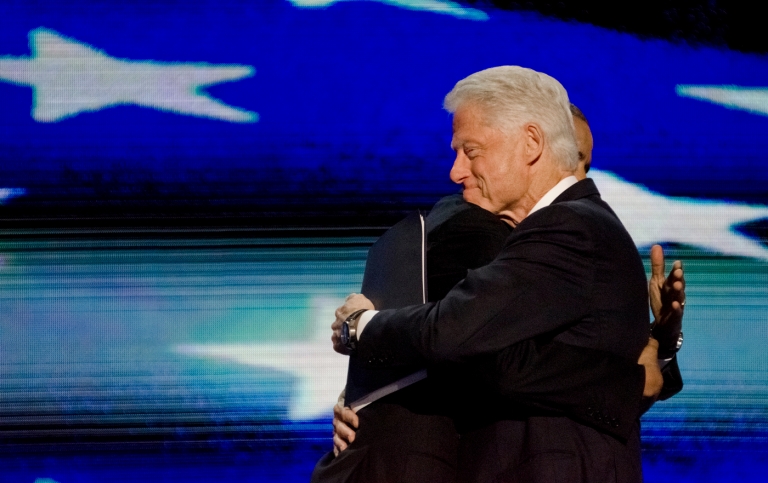 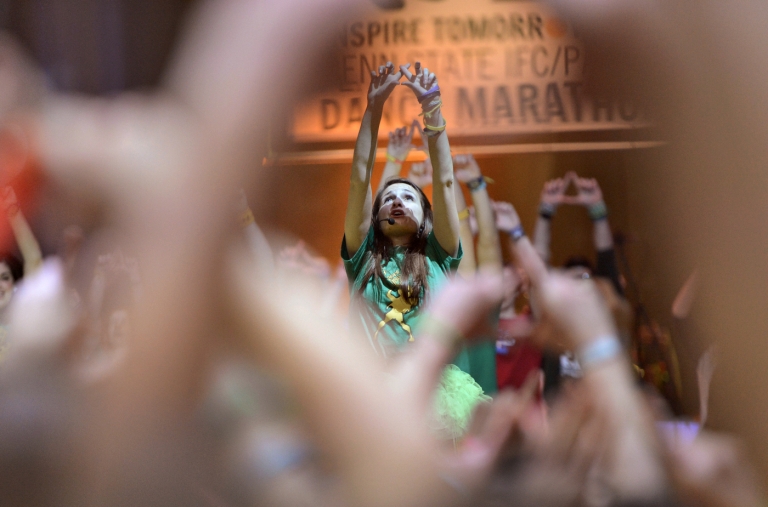 Emma Gregory, a Penn State junior, serves as the line dance coordinator during THON 2013. Gregory teaches the line dance to all in attendance, and also periodically motivates the crowd over the course of the 46-hour weekend. / Photo by Dave Cole 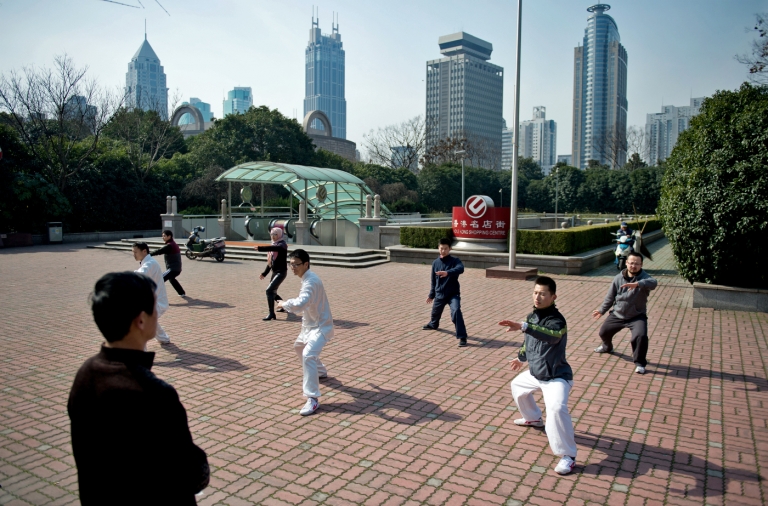 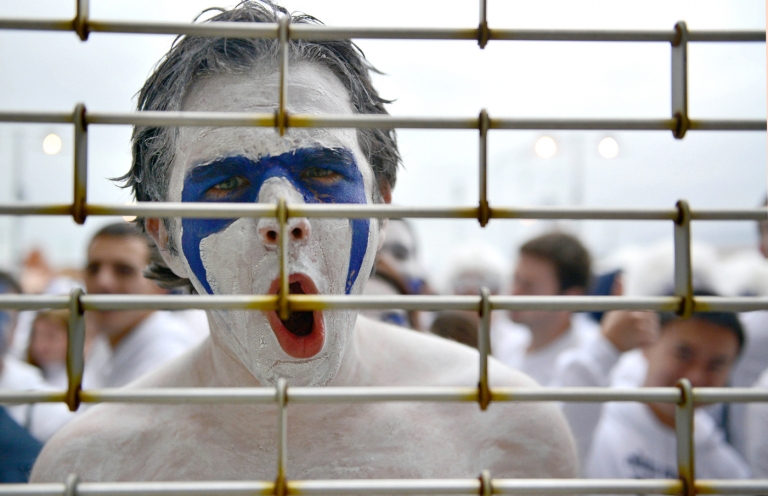 Penn State student Matt Lobida waits at the Beaver Stadium gate as a member of Nittanyville prior to a game against Ohio State. Nittanyville is a student-run event where tents are set up in anticipation of every Penn State home games. / Photo by Dave Cole 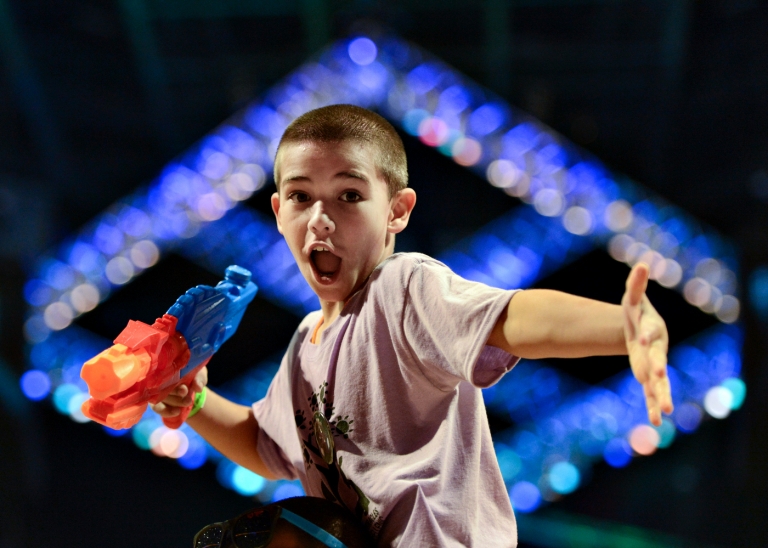 THON child Caden Perez plays with a water gun on the floor of THON 2013, while on the shoulders of Penn State student Justin Laskowski on February 15, 2013. THON 2013 was a 46-hour no-sit no-sleep dance marathon at Penn State that raised $12.3 million for families with pediatric cancer. / Photo by Dave Cole