For many of us, cars are simply a way to get from point A to point B. For others, like 21-year-old Ethan Mummert, cars are a different thing entirely. For some, cars are a way to express themselves through their creativity and diligence. They are a way to stand apart from the crowd and make their mark on the local scene. For others, cars are a tool or an instrument that enables them to practice the art of driving.

Mummert falls into both camps here, he takes pride in the condition of his 2002 Honda Civic Si and the modest modifications he's been able to make to it while at the same time, he loves his car because it can take him away from his situation, whatever it is, and give him a clear head. 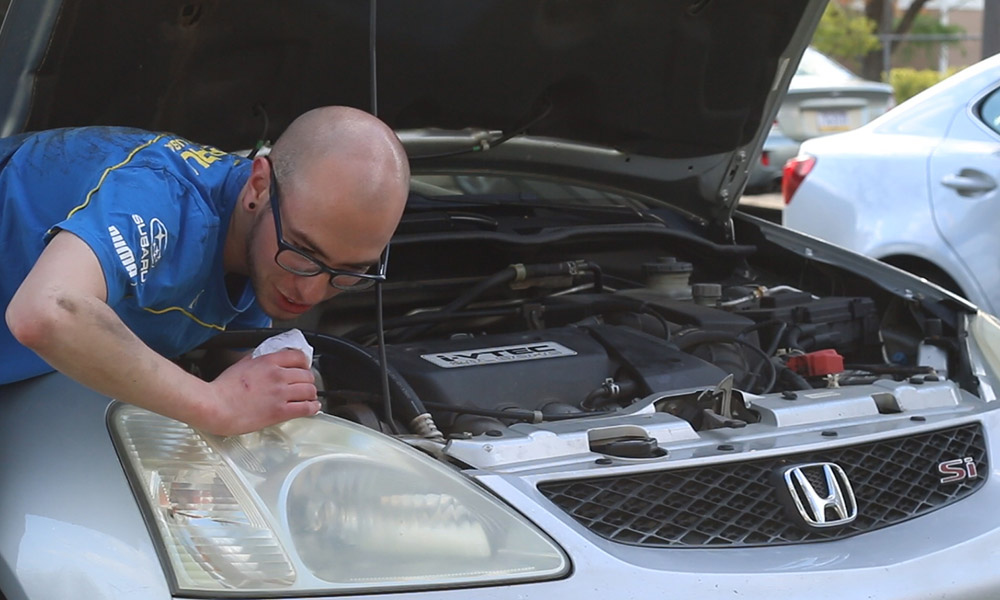 Ethan Mummert searches for the oil filter of his 2002 Honda Civic Si on the back side of it's engine block while changing his oil. Photo by Luke Smith

In 2011, Mummert got his first car: a 2003 Jeep Grand Cherokee. Being an SUV, the Jeep wasn't the most accommodating platform to begin Mummert's automotive life on, but nevertheless, the car bug bit him and hash't let go. He started by doing all of the maintenance he on his jeep himself. He would change the spark plugs when needed and change his oil every 3,000 miles. He even replace the radiator when the Cherokee started going down hill.

In the fall of 2013, the Jeep was no more. On his climb up Nittany Montain, as he was making his way to State College, his engine blew and he had to sell the Jeep. 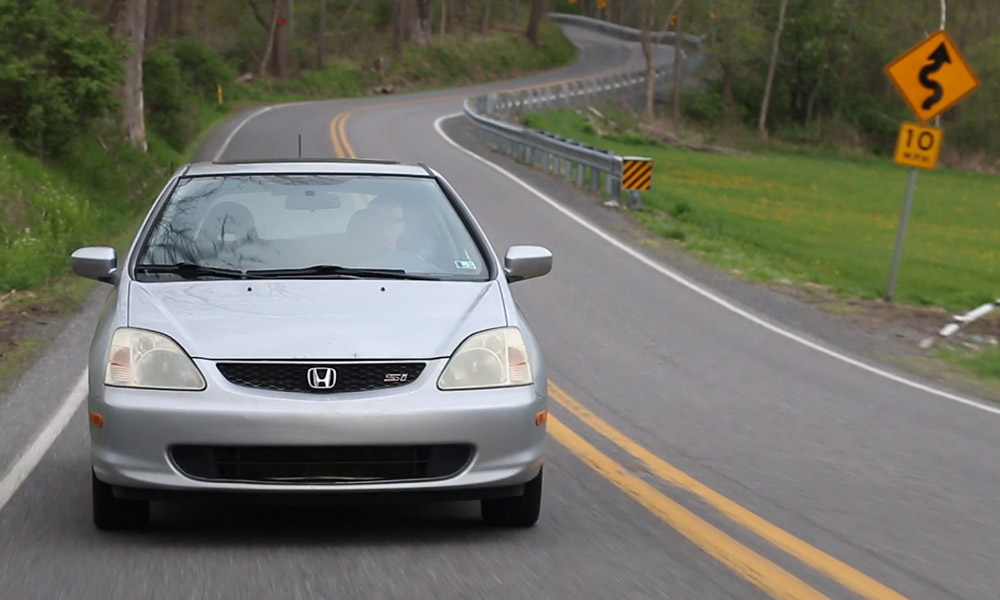 Ethan drives his car along the back roads of State College and the surrounding area. Photo by Luke Smith

After a month of carlessness, Mummert finally found his new wheels: the Honda Civic. It was a little rough and made "Odd" noises, but it purred along and ticked all the right boxes for a car enthusiast and a fledgling gear head.

Mummert's plan is to keep his car throughout college as a way to learn the ways of the wrench and the steering wheel before he gets his "big boy" teaching job and upgrades to his dream car, a world-rally-blue Subaru WRX STI Hatchback.

One vtec solenoid, a few valve lifters and a bit of elbow grease later, Mummert has a car that he can drive to and enjoy without the ominous orange glow of the "Check Engine" light emanating from his dashboard.

Video: Some people find all the luck

When Ethan Mummert isn't working on his car or driving the roads of State College, he can usually be found hanging out with his friends. On occasion, he's been known to spot four-leaf clovers from a distance and seemingly at random. This video condenses five minutes of clover-hunting into less than 60 seconds. People have gone their entire lives without ever finding a four-leaf clover, yet in this short video Mummert finds two.

Currently attending Penn State University pursuing a degree in Photojournalism. Currently I am a Senior Photographer at the Penn State student newspaper called The Daily Collegian. On my own time, I love photographing anything automotive. I’ve made pictures at motorsports events, car shows and everything in between.