Student volunteers from Bellefonte High School pass the time as they wait for voters in Heritage Hall at Penn State's Hetzel Union Building on Election Day. A low voter turnout of less than 18 percent of eligible voters meant lots of free time for Election Day volunteers. / Photo by Tatiana Flowers 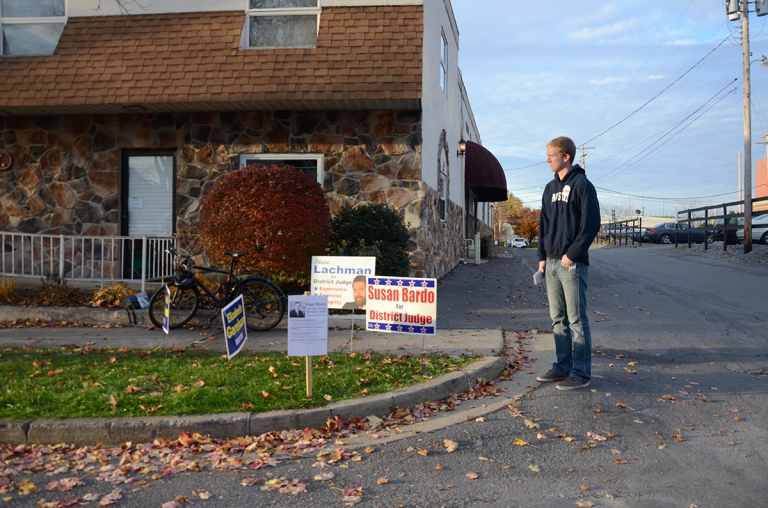 Aaron Dennis, a Penn State sophomore working for the Steve Lachman for District Justice campaign, waits for voters outside the polling place at Unity Church of Jesus Christ in State College. / Photo by Caressa Rice

Voters mark their ballots at the poll at St. John's Church of Christ in Boalsburg. / Photo by Dan Griswold 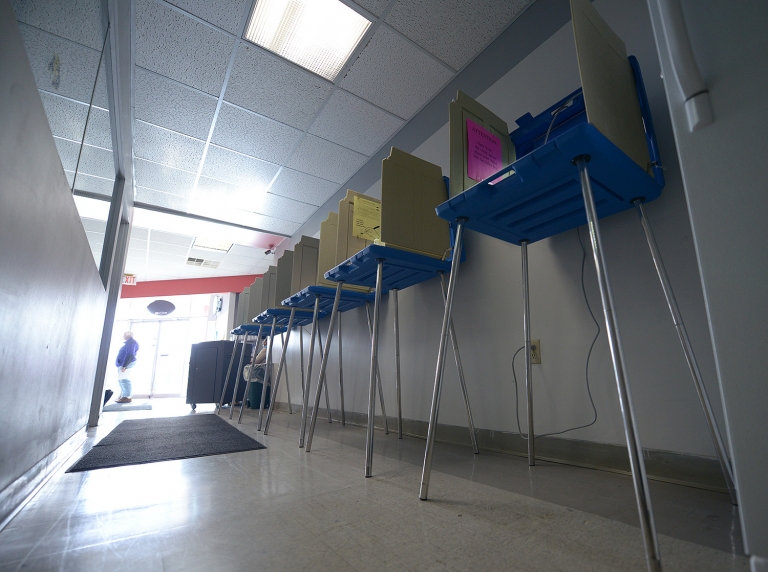 The polling place at Mike's Video and Appliance in State College is empty in the afternoon on Election Day. Judge of elections John Vincenti estimated that fewer than 200 of the 1500 people registered to vote there would cast a ballot. / Photo by Abigail Johnson 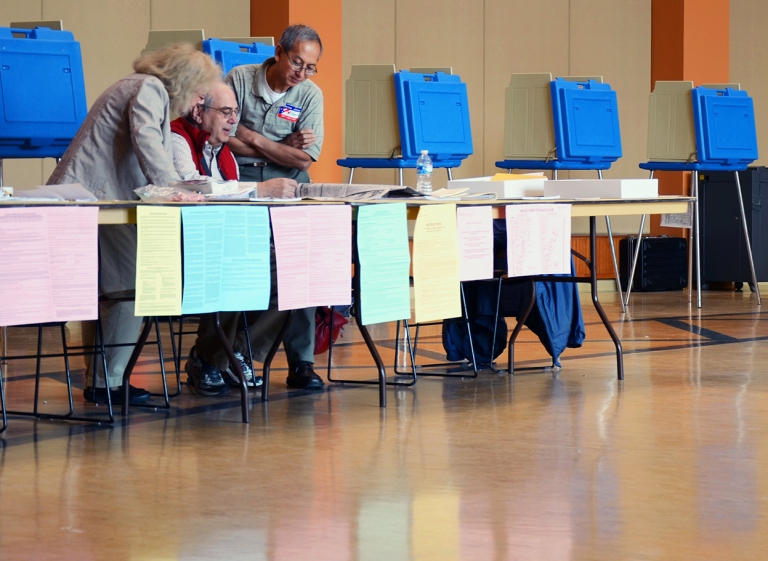 Poll workers, from left, Barbara and Bernie Shockowtiz and Albert Nakpil read a newspaper as they wait for voters in Heritage Hall at Penn State's HUB-Robeson Center on Election Day. / Photo by Kelsie Netzer 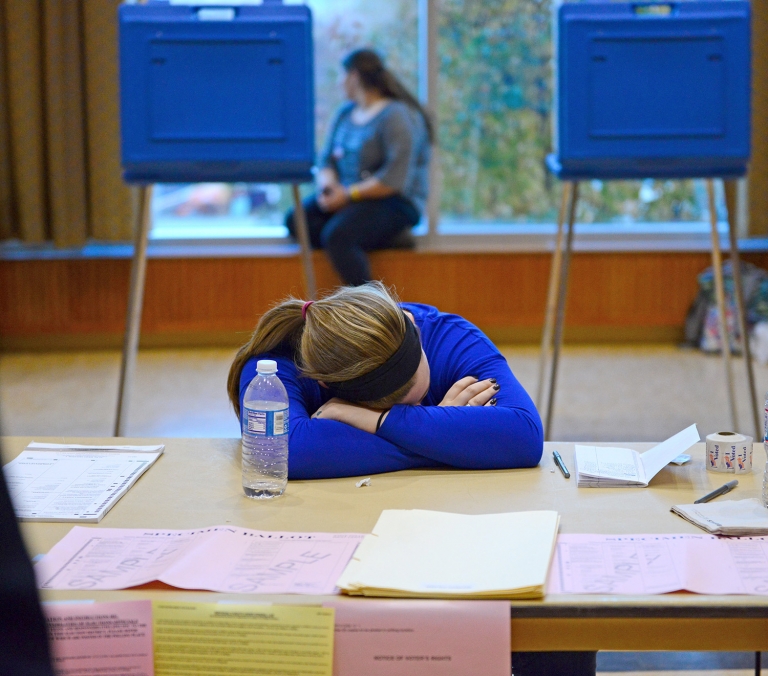 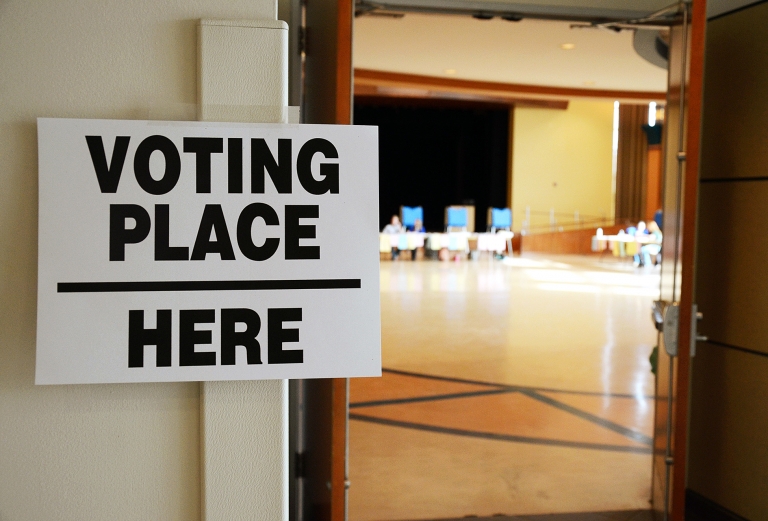 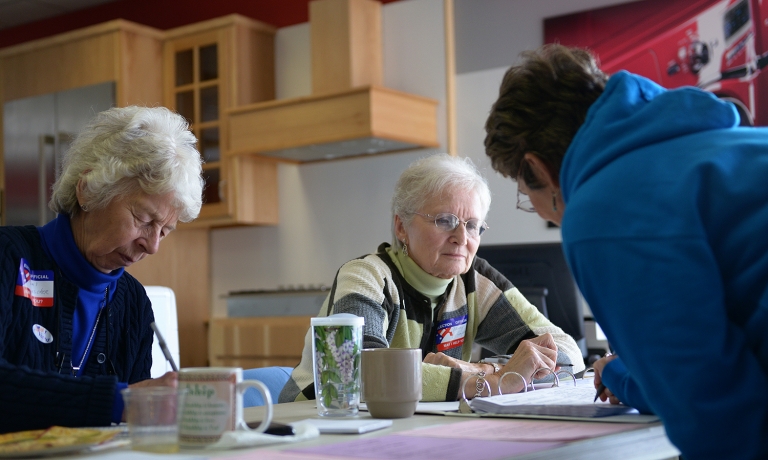 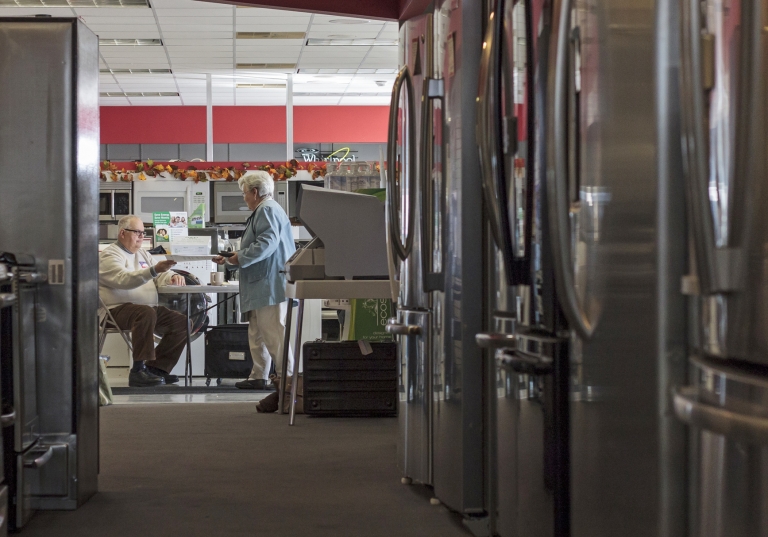 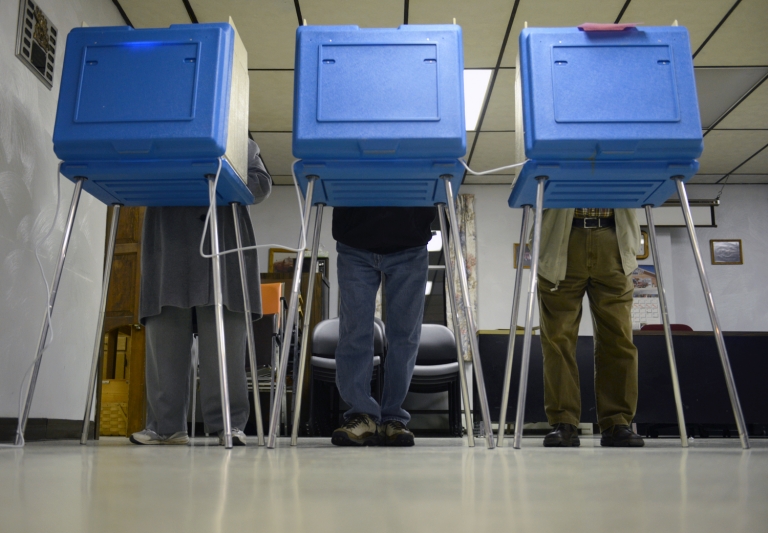 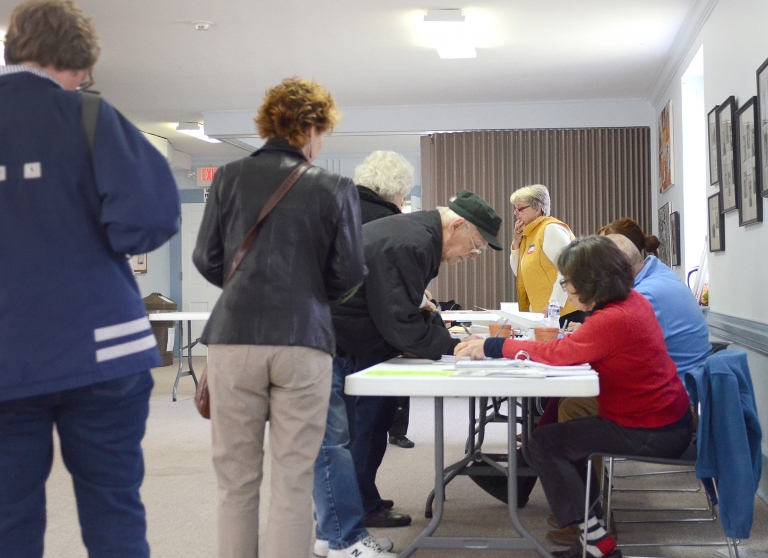 Voters wait to sign in to vote at the polling location for Precinct 56, St. John's Church of Christ in Boalsburg. / Photo by Dan Griswold 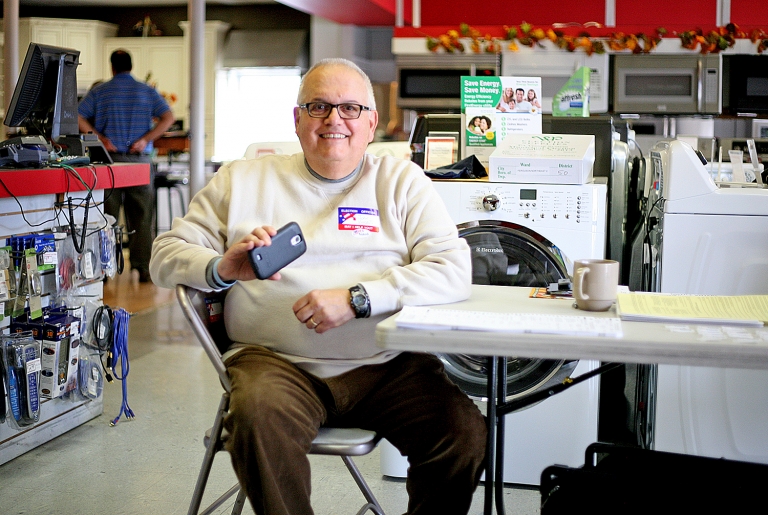 John Vincenti, judge of elections at the polling place at Mike's Video,TV and Appliance in State College, passes time by playing music on his cell phone on Election Day. Vincenti played a song for every tenth voter. / Photo by Lauren Johnson 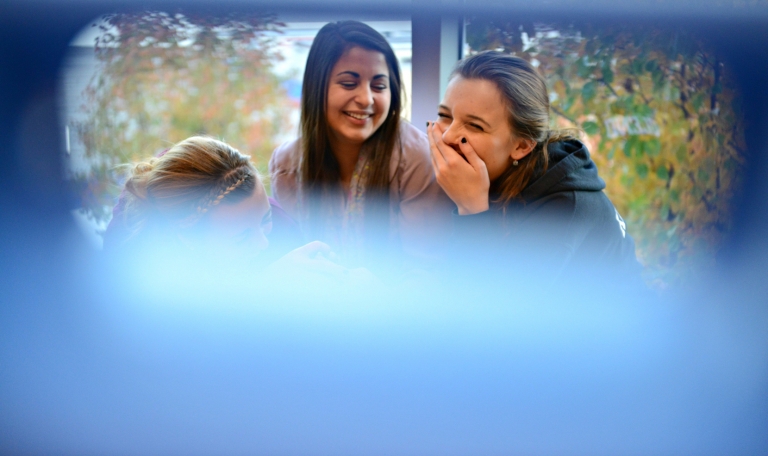 From left, Erin Pugh, Quin Koleno and Clara Maggs are seen through a voting machine as they work at the 25th precinct election poll in Heritage Hall in Penn State's Hetzel Union Building. The Bellefonte High School seniors said they get 100 dollars minimum along with 15 hours of community service for working at the poll. "If we weren't here all together, this would be horrendously boring," Koleno said. / Photo by Tatiana Flowers 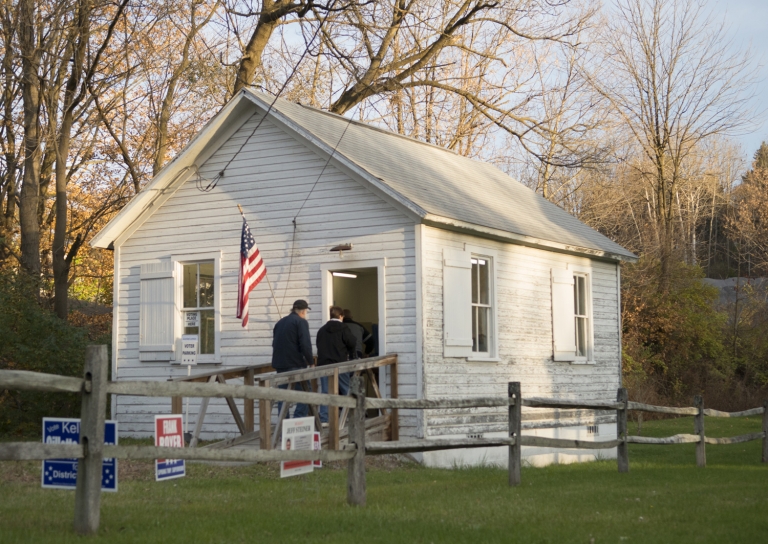 Voters wait to enter the Coleville Election House near Bellefonte. The former one-room schoolhouse is owned by Centre County. / Photo by Nick Veres