As a little kid, Cen was curious about the piano. At the age of six, he had his first lesson and said it was a really joyful memory. 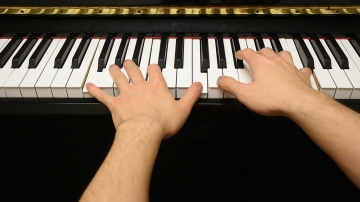 Don Cen likes how creative he could be whenever he plays piano. (Photo by Jen Liu)

Cen has tried to play different instruments such as flute, violin, guitar and harmonica, but he figured that he has the most interest on playing piano. Cen stopped taking piano lessons after nine years, but he then picked it up again after he got into college.

Table tennis has been one of Cen’s favorite sports since he was in elementary school. He likes to compete with different people to improve his skills. Although he is not as good as professional players, he enjoys playing against them and learns from the failure to make himself better.

“Every experience is valuable to me,” Cen said.

Cen is currently in the Table Tennis Club in Penn State and he meets with the members to practice at least three hours a week. 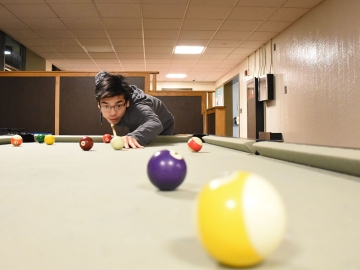 “Wherever I go, I always try to get involved with pingpong-related stuff,” Cen stated.

He believes table tennis brings people closer because of the cooperation that is required in dual matches.

Playing pool is becoming a growing interest. Cen says, “Pool hadn’t been a major part of my life until college because of the limited sources.”

Cen was glad when he realized there are so many other people interested in playing pool in the college.

One of the main reasons that Cen loves to play piano, table tennis and pool is because these games are easily understood by everyone.

As an international student studying in the United States, he gets a lot of chances to meet others from different parts of the world. 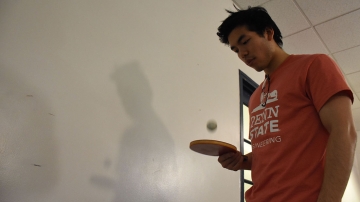 “I can perform piano, play pool and pingpong with people who don’t even speak my language,” Cen said.

Cen says his emotions might not be describable, but can be expressed through music and melody.

A Different Kind of Classroom