From Shy Guy to Tour Guide

Brandon Johnson is a 20 year-old Penn Stater who loves to serve both his school and his country.

He is a Lion Ambassador at Penn State. He is a soldier, too, who enlisted in the Army at age 18. 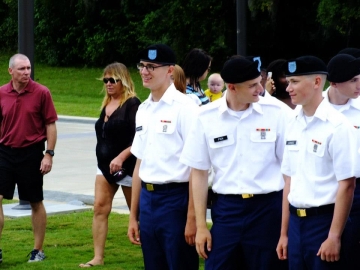 Johnson’s journey began after his senior year in high school when he decided to enlist in the infantry. Johnson’s goal was to better his skills with leadership and communication and he really wanted to see how far he could push himself both mentally and physically. He began his training at Fort Benning, Georgia for a summer before beginning his freshman year at Penn State. While at “boot camp,” Johnson had no choice but to adjust to a military lifestyle. Every day, he was faced with waking up before dawn, going for extensive runs, and being told what to do every minute of the day. Johnson says that the military lifestyle is more “structured” than regular civilian lifestyle. 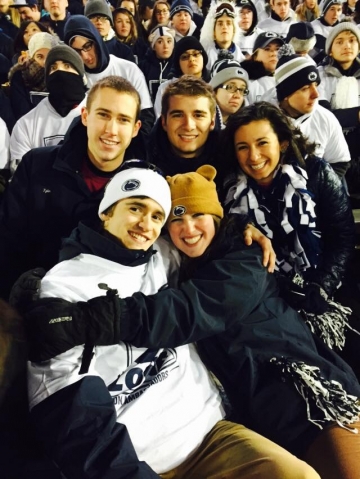 That summer, Johnson completed the first part of his training in Georgia, but missed the first two weeks of his freshman year of college. To add to the challenge of starting school late, transitioning between the military lifestyle and a college student lifestyle had a heavy impact on Johnson. He says he was shy and antisocial as a result of his time at boot camp. His interpersonal skills were lacking and needed improvement upon arriving at Penn State.

As time progressed, Johnson tried different ways to get more involved to help himself fit in. He joined clubs like ultimate frisbee and even dodgeball, until he found one that definitely made him step out of his comfort zone—Lion Ambassadors, Penn State’s student-alumni corps, which gives tours to prospective students. He says that joining Lion Ambassadors has allowed him to be more social interactive when he is selling prospective students on Penn State. Johnson says he enjoys emphasizing how you can really make a big university like Penn State seem small. He says he makes points such as how finding your niche at Penn State is the key to making it "your own." Joining clubs and being outgoing are what Johnson believes can make an experience at Penn State "unforgettable."

Johnson says serving his school and his country have been greatly rewarding and he intends to continue to do both for as long as possible.


Johnson says that being a student, a Lion Ambassador and training for the army on weekends can be a difficult juggling act. He says that even though his time in Georgia had its challenging moments, he "wouldn't trade his time down there for anything."

Mikel Jones is a senior majoring in broadcast journalism at Penn State with a minor in sociology. He is very passionate about the news industry and hopes to become a reporter after graduation. Mikel has interned for ABC-WPBF 25 News in West Palm Beach, Florida and NBC 4 in Washington, DC. At Penn State, he has hosted two talk shows on ComRadio and is currently a reporter with PSN News. Mikel also serves as the Director of Communications for Lion Ambassadors and was a Communications Captain for THON 2014.