“As far as mid-life crises go, I think I’ve found a pretty healthy one,” Larry Tedder jokes. The 58-year old, has recently become an amateur bodybuilder.

Tedder had always been attracted to the sport of bodybuilding and aspired to look like one, but upon graduating from the University of North Carolina (UNC), he said life had gotten in the way.  Tedder met his wife Tia while attending UNC, and they have been married for 34 years, with four kids and two grandkids.

Tedder began working in the ministry after graduation, then became a successful businessman with the Tom James Clothing Company. Tedder remains a devout Christian and often leads seminars and prayer groups within the Tom James Company. 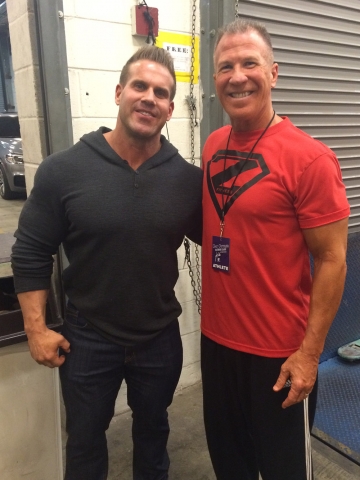 His son, Jesse, encouraged him to try strength training as a means of obtaining a fitter lifestyle. Tedder and his wife Tia play tennis every week and had already maintained a fairly active lifestyle but like his son, he fell in love with the sport of bodybuilding.

Full-blown bodybuilding focuses on size of the contestant as well as how artful and graceful their poses are. Each contestant gets to choose his or her own music and have a posing/flexing routine to follow.

Physique competitions are more focused on cuts and looking defined. Contestants will go through four different set poses in front of the judges. Contestants do not get to choose their music and do not show off as many poses - as they would in a full-blown bodybuilding competition.

This coming year, Tedder wants to tackle the challenge of a full-blown bodybuilding competition. His training as well as diet will change this year in preparation for such a rigorous show.


The largest part of body building is dieting.

Tedder's job requires him to be on the road very often. He doesn't always have the luxury of sitting down in his office for lunch. If he's on the road and it's time to eat, he has to eat - as many as six meals a day.

Jesse and his friend, Zach Musser, have given Tedder a lot of advice on diet and training. Tedder is grateful for the tips because he believes it will add more years to his life.

With many more things he wishes to accomplish, bodybuiling is giving him a longer window to make his "second half" as great as his first.

In the future Tedder says he hopes to compete in a bodybuilding competition with his sons Jesse and John, write a book, mentor those in need and spread the Bible story of Joseph.

I have a strong interest in comedy writing and film directing.

A tea party fit for Queens