Charles McCormick has lived with depression for nearly his entire life.

McCormick says his depressio has early roots. His mother died when he was young. His father was an alcoholic who couldn’t provide stable living conditinos for a child. He was taken in by his paternal grandmother but due to her poor health, he spent a lot of his youth moving between family and friends when his grandmother was in the hospital. 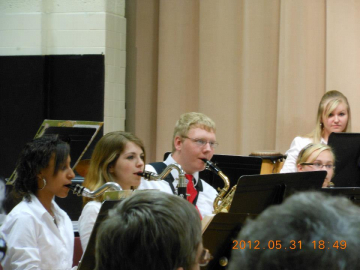 In middle school his depression first came to a head with his first suicide attempt. After a brief stay in a mental health facility he returned to school. Upon his return he realized that both peers and adults paid more attention to him.

McCormick sayas he realized that people didn’t really care about him his problems, unless he was obviously struggling. Having been isolated by his depression, in his youth, McCormick would choose to do poorly in classes in order to receive some form of attention or validation form others.

Going into high school McCormick threw himself into extracurriculars to keep himself occupied and out of the house. In music and drama he discovered a way to build bonds with others while at the same time expressing himself.

Shortly after graduation McCormick's grandmother passed away while he was out of town. With the loss of the only stable caretaker and parental figure in his life, he was left alone. Entering college with no stable home or support network, as well as finding a new place of near total independence, his depression spiraled out of control. During the fall of his freshman year McCormick said he made his second attempt at suicide.

While he did end up leaving college McCormick says he has found happiness in both his fiancé Kory Mozdy and by becoming a self-sufficient and competent adult.

Charles McCormick says that being surrounded by a conservitive religious community, coming out as gay can be a very isolating experience.