As Fayette County delegate James Davis shared breakfast on Wednesday with his 8-year-old granddaughter Aliyah, he reflected about the historic event that occurred the evening before – when Hillary Clinton became the first woman to become the presidential nominee of a major political party.

“Hillary’s nomination means that when we say anyone can be president in the United States, we truly mean that, and we aren’t going to judge anyone by their gender or any other artificial means,” said Davis. 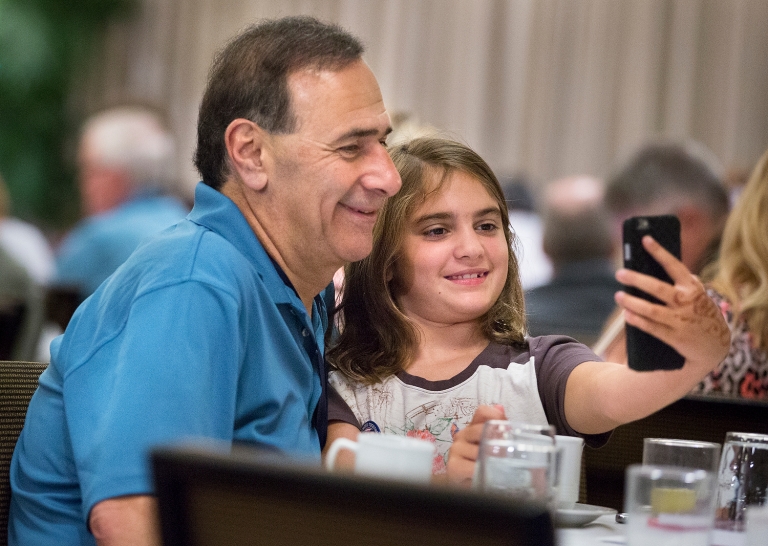 Aliya Davis, 8, takes a selfie with her grandfather James of Brownsville, PA,  at the Pennsylvania delegation's breakfast meeting at the Democratic National Convention in Philadelphia on July 27, 2016 (photo by Will Yurman)

He continued: “It empowers women to say to themselves, ‘If I’m interested in serving in this particular office, I can do it!’ Once someone blazes that trail, others are going to follow. As a father with three daughters, I think that’s a wonderful thing.”
Like Davis, many Pennsylvania delegates reflected on Clinton’s nomination – and noted that it was similar to the party’s selection eight years ago of the first African-American presidential nominee, U.S. Sen. Barack Obama.
“I think that the energy is similar as far as civil rights, but I think it is even more energized because there is such a large population of women, and women have been viewed as second class,” said Joyce Bender, a delegate from Pittsburgh.
Haley Mankin, a University of Pennsylvania student who was a visitor at the breakfast, said she was optimistic about the number of women supporting Clinton.
“If people show up in the numbers that they should, I think this will be a huge shift that will continue to affect the wave of change that has supported women’s increasing prominence at all levels of government,” Mankin said. 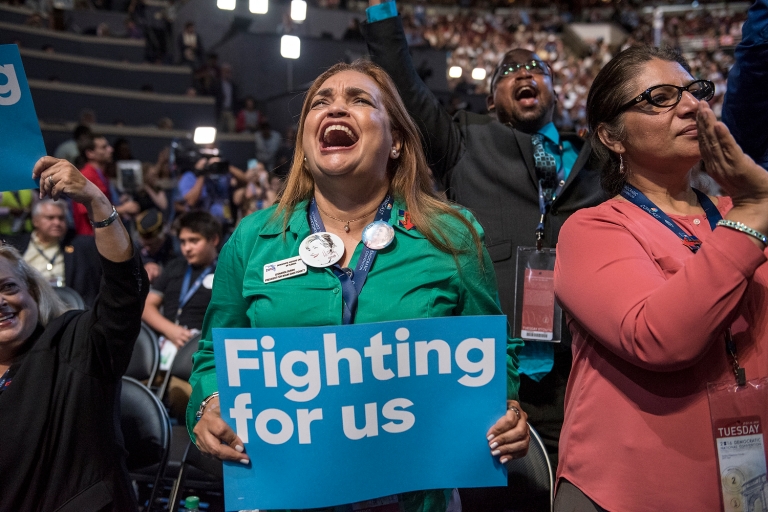 Barbara Wilson, a delegate from Lancaster County, said she believes Clinton, as president, will be willing to compromise.
“And the thing about it is, it’s not so much about her being a women, it’s that she’s capable of doing the job,” Wilson said. “She has paid her dues, she’s done the work and she’s ready, it’s her time.”
In the future, Wilson said that she hopes women will be paid equally for their work and that their careers will not be downplayed because they’re mothers.
“I hope to see the field being level for everyone based on their ability, dedication and credentials, not their gender or their race,” she said.
Some delegates said they want to see additional barriers broken.
“I would like to see other types of minorities be in office,” said state Rep. Patty Kim, a delegate from Harrisburg. “I think we’ve made a lot of strides very quickly, but what’s more important is to break the partisanship first so that we can have a president who is open-minded and can actually do their job.” 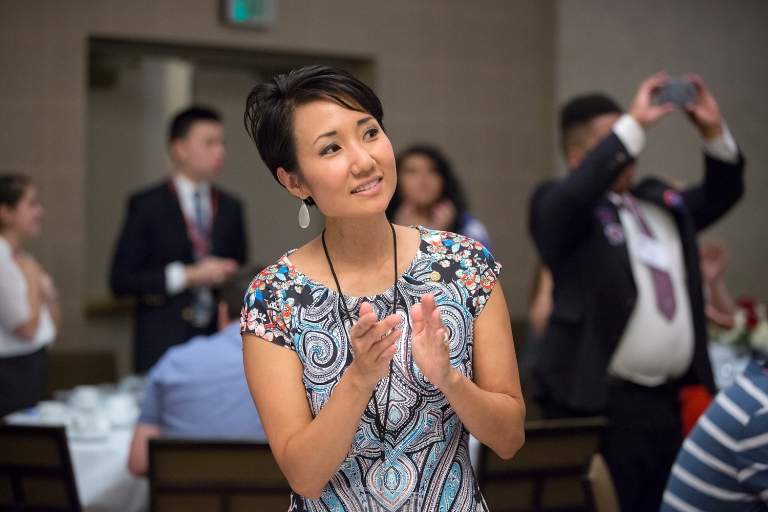 Branin Boyd, 58, a delegate from Tioga County, said he looks forward to the day when voters don’t even think about a candidate’s personal background.
“I’m an old white man. I’m a Quaker. I’m a Phillies fan. I’m a lot of things,” he said. “You can find a lot of different ways to categorize it. I would rather we stop doing that so much. We don’t elect a woman because she’s a woman. We elect a woman because she’s the best qualified.”
He added: “I would rather we all got together and worked together and not worry about our color and our gender or our sexual orientation.”