International student pursuing a career as a professional makeup artist


Penn State senior I-I Chen's first job in State College was waiting tables at a Chinese restaurant. The job didn't pay well and the hours were bad, so she started looking for an alternative.

While working as a waitress, she came to the rescue of a friend who had just spent $40 for a haircut made her look like an old lady. With only couple hours left before the prom, Chen designed a new hairstyle for her and created makeup to match her dress.

Other people took notice. Chen had a new job.

Chen is from Taiwan, but she learned to do makeup in Japan, the country that sets the fashion trends for Asia.

Her introduction to makeup began backstage at a Japanese concert in Taiwan. The 16-year-old had snuck into a backstage area and got caught. But the agents for the musicians had a problem. They couldn't speak Chinese and their translator wasn't very good at it either. Chen could speak Japanese, so instead of being kicked out of the concert, she was asked to stay and translate.

She did such a good job that the agents asked flew her to Japan on weekends to translate at concerts there. During two years of visits Chen spent a lot of time backstage and began to learn makeup.

Chen’s parents have a successful GPS navigation business in Taiwan. They wanted her to go to college. But when she turned 18, Chen chose instead to move to Japan and work as a makeup assistant at Vision Factory, which is one of the Japan's largest talent agencies.

In two years she learned stage design, hair and style design, and was certified as the youngest professional makeup artist in the company. But that was as far as she could go in the company with only a high school diploma.

She quit her job and flew to the United State to earn a degree. She started out at a community college in Philadelphia and transferred to Penn State. In two years tuition and living expenses cost all of her life savings.

“It’s hard to ask money from your parents again since I had a job before,” she said. That was her incentive to take the restaurant job. But after coming to the rescue of her friend she said she realized, “I am a professional. I have skills ... How come I'm working as a waitress?” 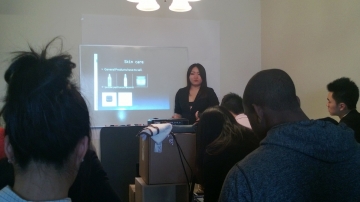 She soon expanded her business by selling Motives brand makeup. Then she started teaching makeup and skincare classes in her apartment.

The classes are open to both English- and Chinese-speakers. Most of her customers are Asian.

One of her customers , Mingwei Sun, explained why Chen's talents are in such demand.

“Because of the appearance difference, some popular makeup looks funny on our faces,” said Sun, also an international student from China. “I-I designs makeup not only based on the event, but also races and personality.”

Chen created two kinds of makeup classes. One teaches people how to put on makeup. This is the class Sun is taking, along with another Chinese friend. The curriculum covers topics ranging from basic knowledge of the color system to good brush technique.

The second type of class is designed to train people who want to apply and sell makeup professionally.

Most of her clients are learning how to do their own makeup and skin care.

Chen especially stresses the skin care part of the class because it is not only a problem for girls nowadays; it is also a concern for a lot of guys as well. Chen stresses good nutrition and a healthy lifestyle as being the starting point for creating good skin.

Chen doesn't negelct her own makeup education. Even though she has been a professional for six years, she still travels to New York every month to do nutrition training and take makeup certification classes.

Chen plans to go back to Japan after she graduates. Before she came to United States, she invested in a studio there with some musicians and singers. They want to build a low-cost recording studio for talented artists getting their start in the entertainment industry.

I am a double major in Broadcast Journalism and Psychology at the Pennsylvania State University. I have interned at International Channel Shanghai (ICS) in Shanghai Media Group (SMG) in China as a reporter and editor. My diverse cultural background helps me to understand the experiences of immigrants in a foreign country. By using the communication skills I have learned from journalism, I dream of being a psychologist one day. 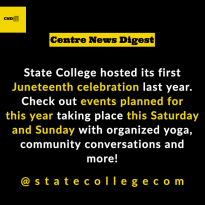 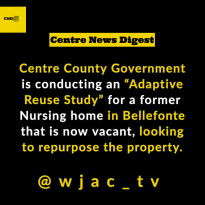 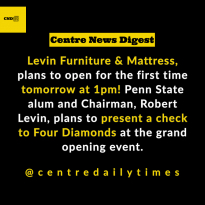 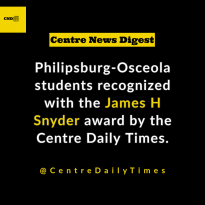