LGBTA students use a little PDA to make a point

Members of the Penn State Lesbian, Gay, Bisexual, Transgender, Queer and Ally Student Alliance organized a public display of affection yesterday at three locations to make a point -- that Valentine's Day is a holiday for couples that aren't heterosexual, too.

The annual KissOut bgan in 2005 with an event organized by an LGBTA group, Allies, in which couples kissed on the steps of Old Main. Yesterday there were three KissOut minutes, one at the HUB-Robeson center, on eon a College Avenue sidewalk near the Allen Street Gate and the third at Redifer Commons.

These photo were first pulished in The Daily Collegian. Read more about yesterday's event in this story by Danae Blasso. 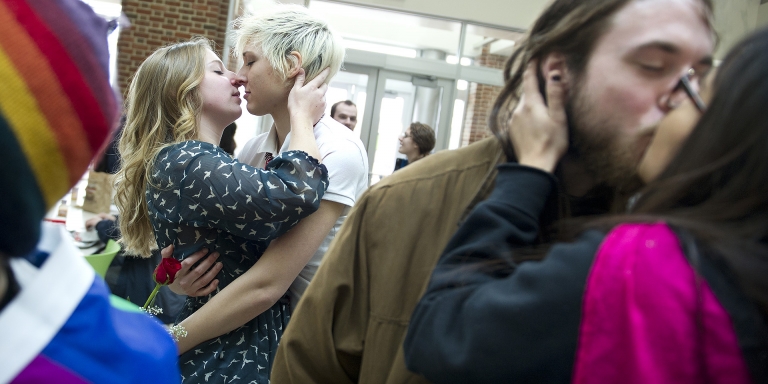 Ashley Matz (senior-psychology), left, and girlfriend Erica Pilgram (junior-food science) kiss in the HUB during the LGBTA Valentine's Day KissOut on yesterday afternoon. The couple, who said they have been together for about a month, are actively involved in the LGBTA center on campus. They said they planned to continue celebrating Valentine's Day by attending the McDonald's candlelit dinner yesterday evening. / Photo by Chloe Elmer 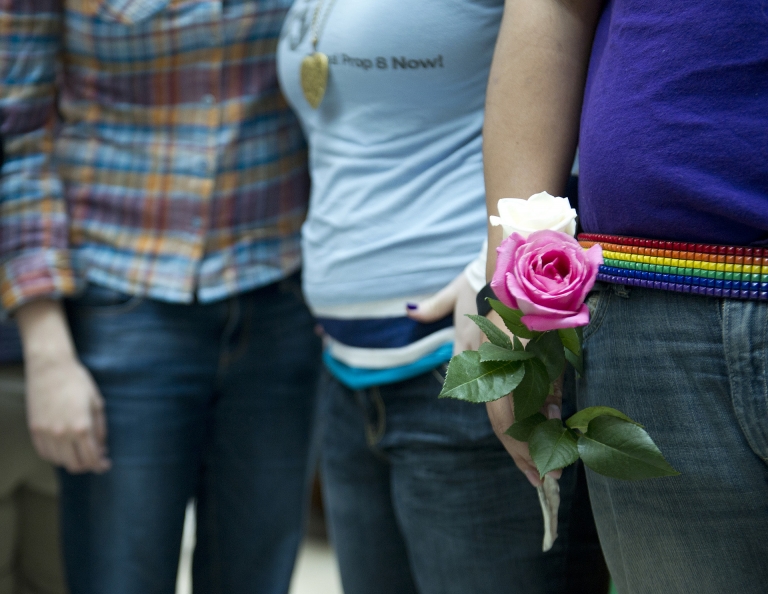 A participant in the LGBTA KissOut brought a pink rose to the annual Valentine's Day event. / Photo by Chloe Elmer 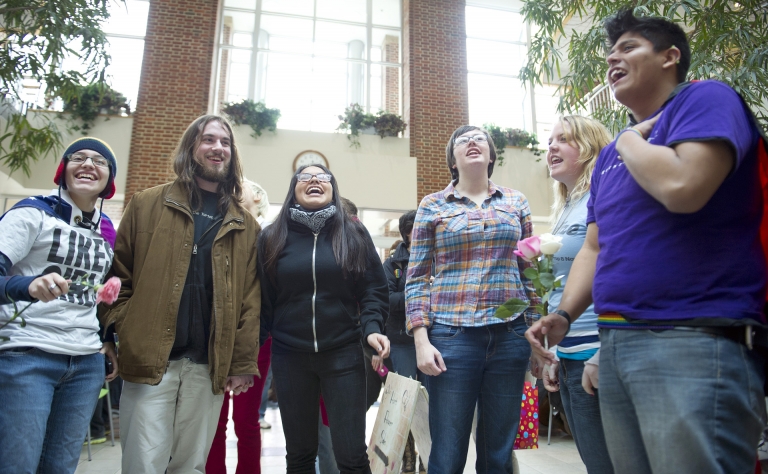 Participants count down to the begin the first of three public displays of affection yesterday afternoon. Couples kissed at the HUB, near the Allen Street Gate and at Redifer Commons. / Photo by Chloe Elmer 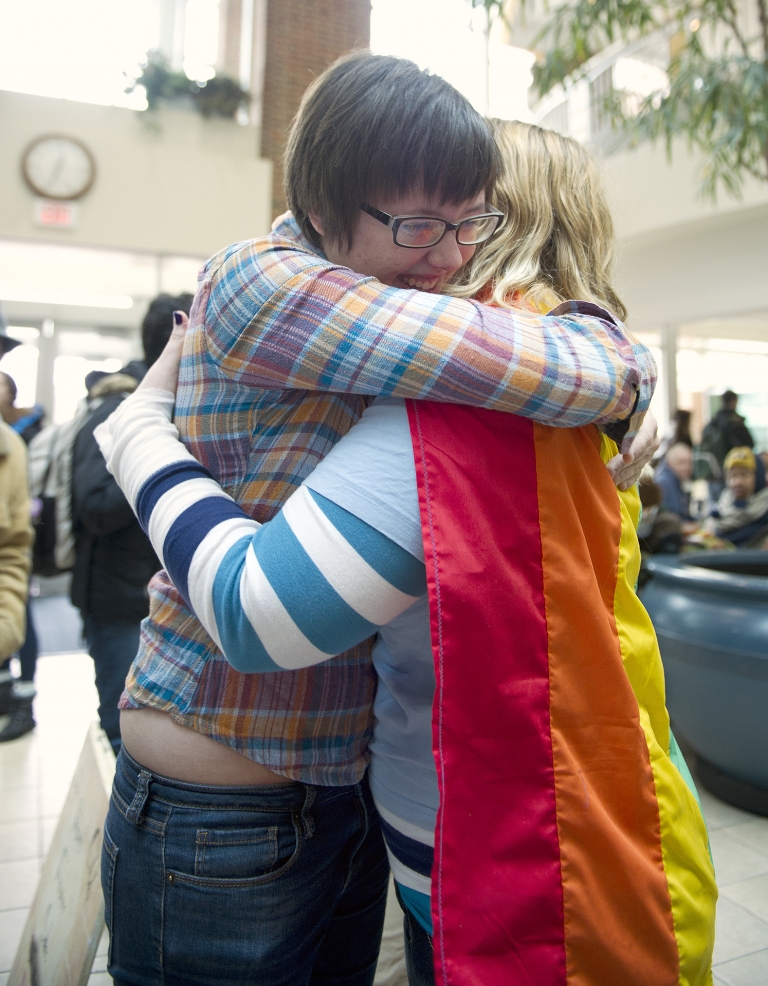 Leah Silverman (sophomore-chemical engineering) and friend Kirstie Hartman (senior-marketing) embrace during the KissOut at the HUB. / Photo by Chloe Elmer 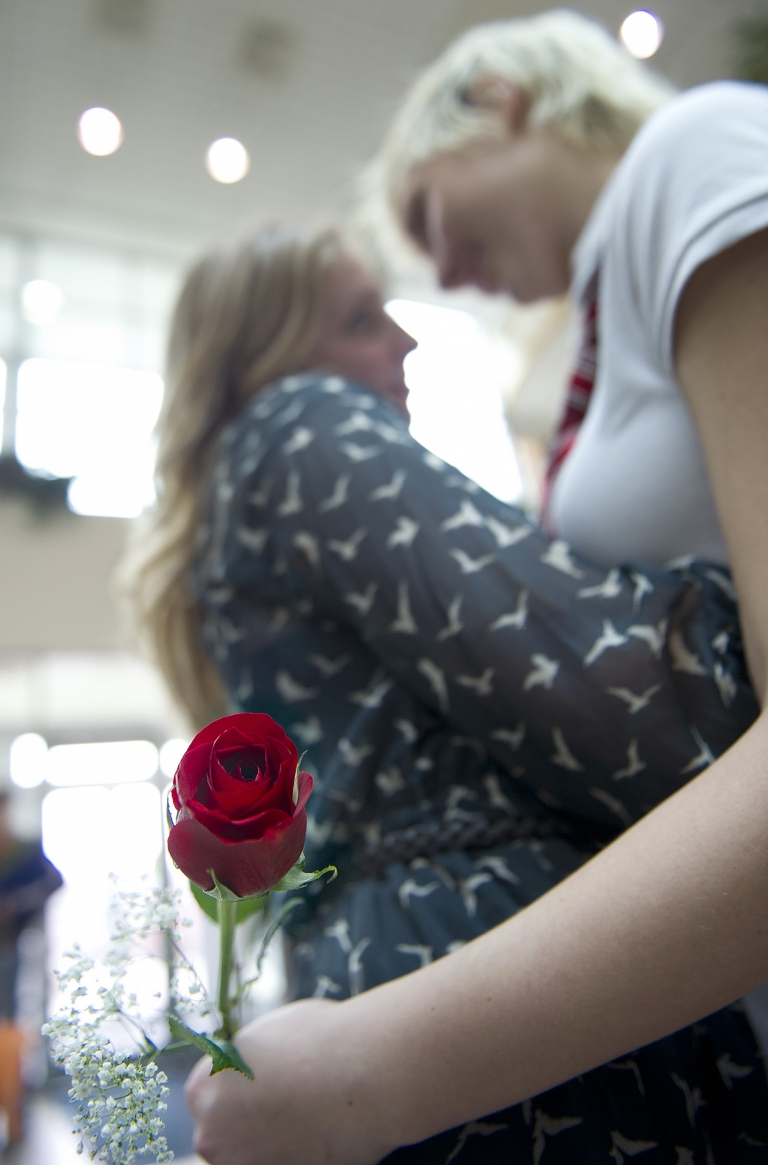 Dancing in THON: The experience

Pictures from the Jerry Sandusky hearing