Lion Ambassadors are “ordinary Penn State students with extraordinary pride” whose mission is to communicate the University’s history, policy, and traditions to students, alumni and friends through tours and programming. Student Larry Atwell Jr., who believed Penn State needed a Student Alumni Corps, founded the Ambassadors in 1981. The Corps are made up of students who would service the university while improving the relationships between student and alumni. 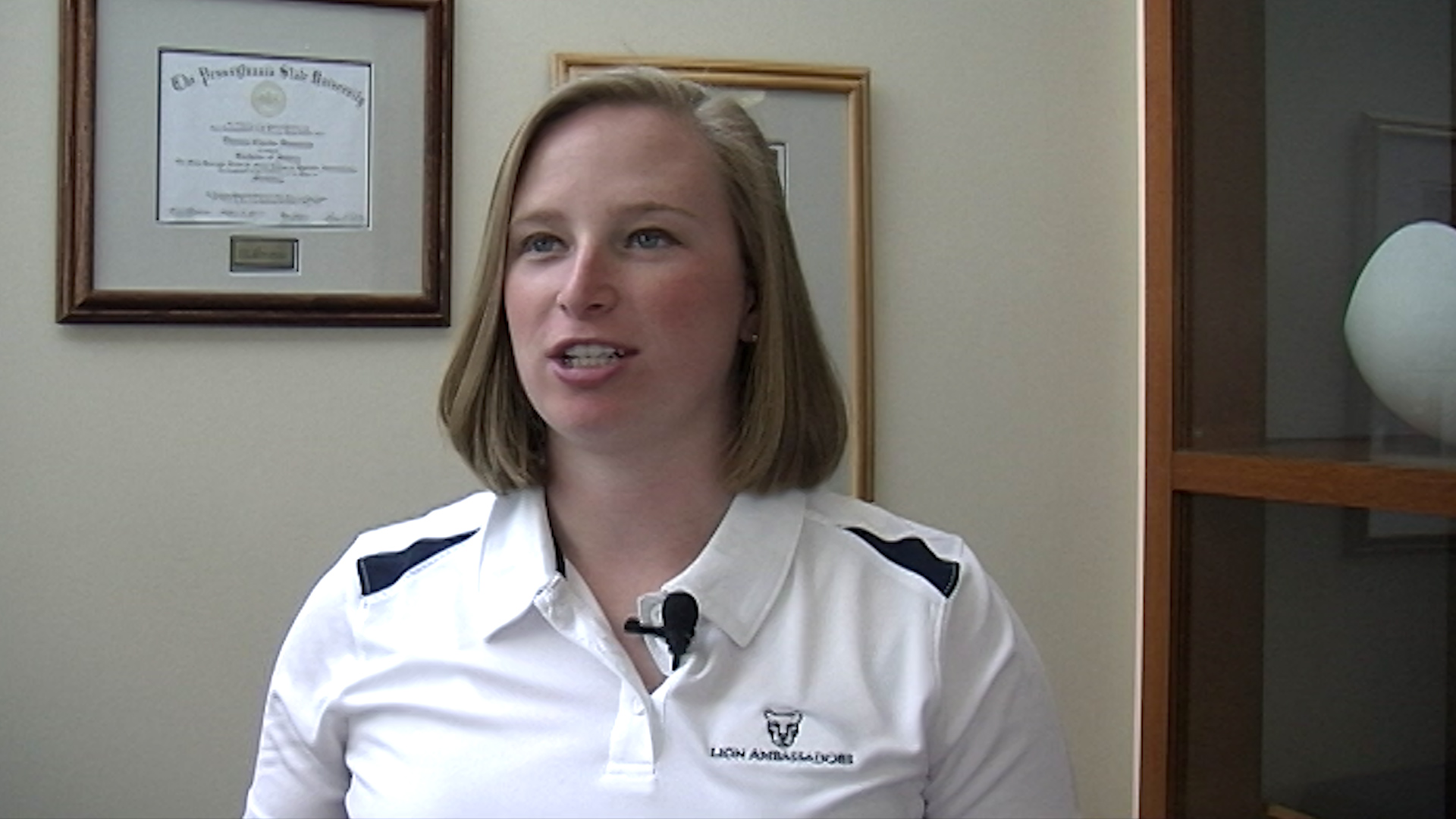 Ambassadors are known for their trademark backwards walk, and give campus tours to prospective and accepted students. They also host events and programs throughout the year, which include Be A Part from the Start, S-Zone at home football games, and the University-Wide Senior Sendoff.

Penn State student Megan Flood has been hooked on college tours after going on 25 between her junior and senior year of high school go a Lion Ambassador for the past two years and is now a graduating senior giving her last tours with graduation looming. Being a “L’AMB”(Lion Ambassador abbreviation) has been bittersweet. She has been able to meet new people, make new friends and make countless memories. When she gives tours she makes sure families and most importantly students feel Penn State pride and fall in love with the school just like she did.

Before she choose to attend Penn State she went on 25 tours throughout her junior and senior year of high school and knew from back then she wanted to become a tour guide. Each tour is different due to weather, time, and also the crowds. She says she wakes up in the happiest of moods and is determined not to let anything stop her from giving her best tour. She’s full of excitement on every tour and says the only bad thing that happens on her tours is she trips or loses her shoe on a curb. She loves giving anecdotes and facts about Penn State and sharing the overall message of the university. It’s going to be hard for her when she graduates in a few weeks because Penn State has meant so much to her over the past four years. She says this will only make her give 150% on the rest of her tours and make it worthwhile for herself and future Penn State families.

Megan Flood talks about graduating from a small high school in Conneticut to attending Penn State as an incoming freshman and how making a big school small is an important lesson she teaches all future Penn State families.

Paul Jones is pursing a broadcast journalism degree with an interest in sports production. He worked for Penn State Intercollegiate Athletics as a camera operator, has interned at ESPN 1450 and is the co-host of Real Talk on ComRadio. In the future, he hopes to be involved in sports whether it’s production or as an on-air talent.