Local protest in support of refugees 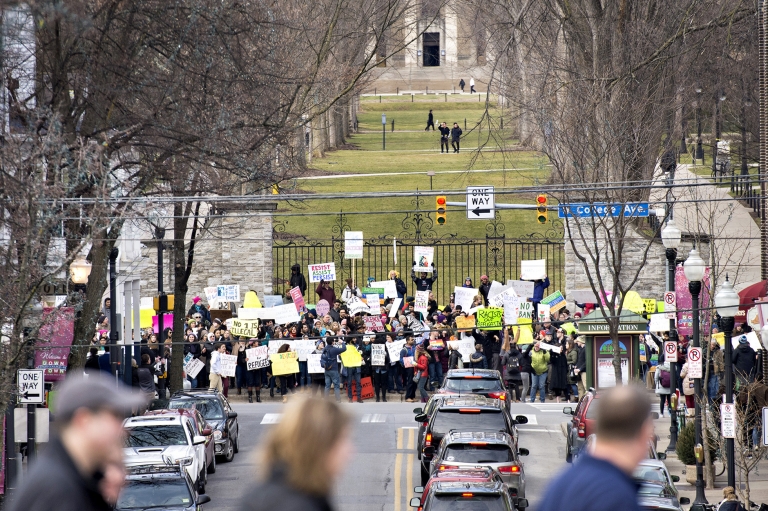 Hundreds of people gathered in front of the Penn State campus in State College on Sunday, Jan. 29, 2017 to protest President Trump's executive order restricting the entry of refugees and citizens of seven predominantly Muslim countries into the U.S. Protests were held around the country on Sunday. / Photo by Cameron Hart 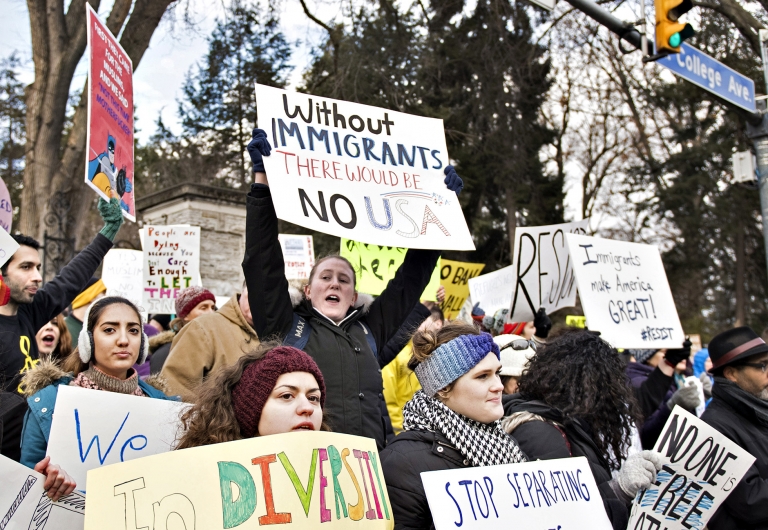 Protestors hold signs and chant during the demonstration. / Photo by Cameron Hart 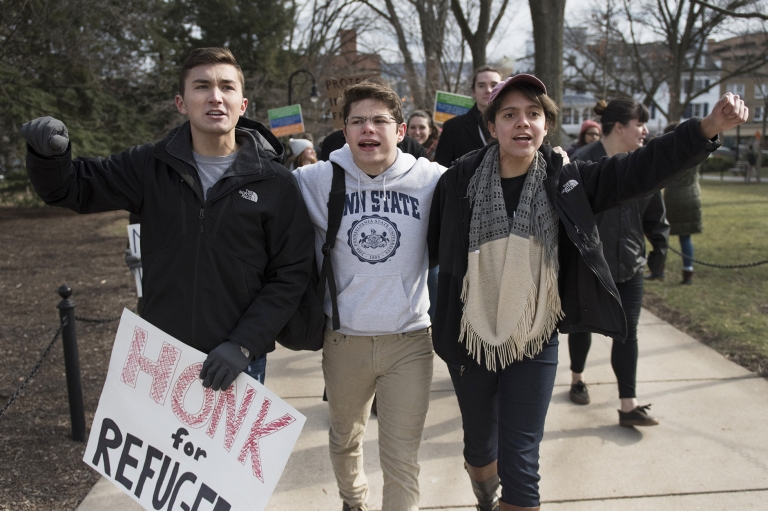 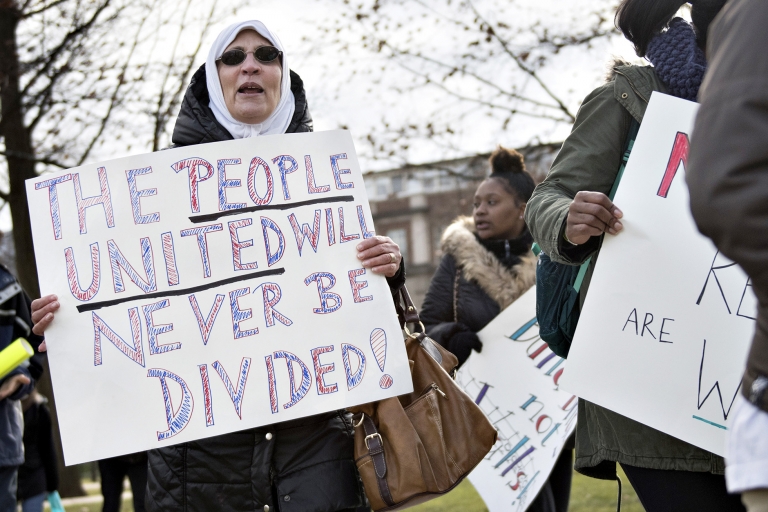 A protestor marches towards Old Main from the Allen Street Gates. / Photo by Cameron Hart