Lt. Chris Fishel of the State College Police Department has been a member of the local law enforcement for 22 years and a father for 16. A resident of State College, Pa., since his youth, Fishel used to be the college kid being mischievious, but now he represents a side of the community with whom many college students struggle to connect.

The man behind the uniform is one looking to make central Pennsylvania a better place. 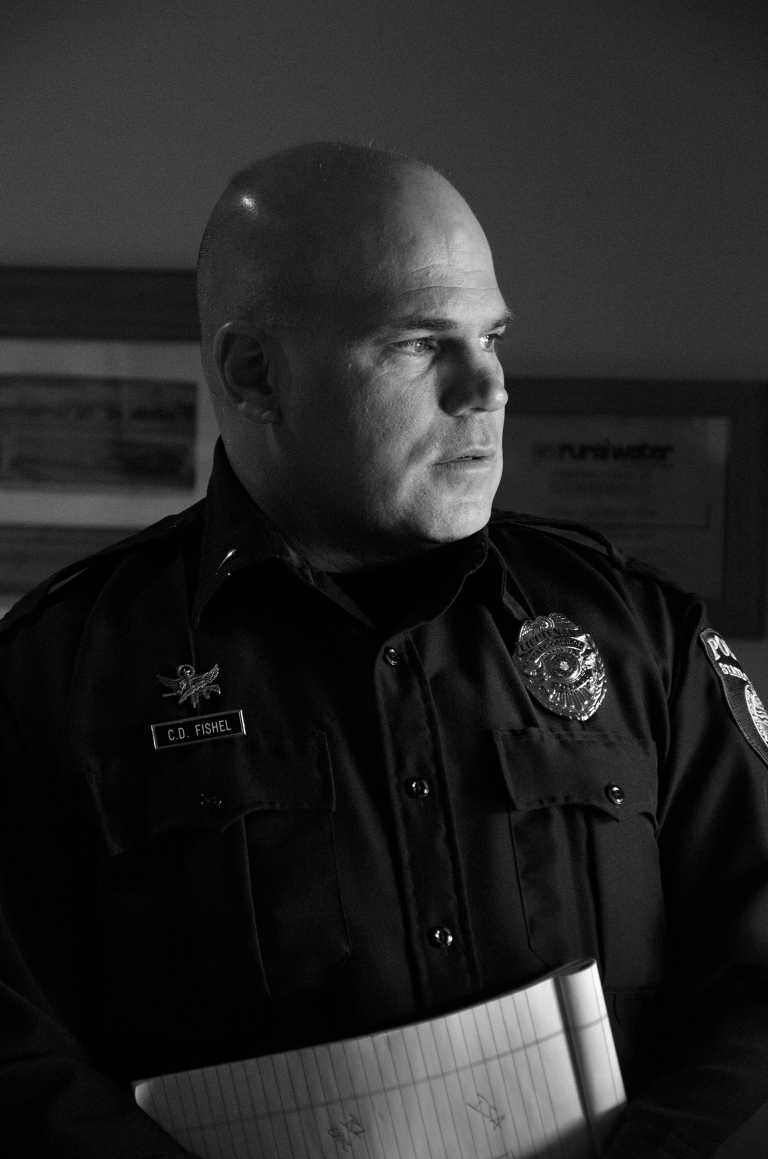 Fishel takes a break from a site evaluation taking place in College Twp. on April 4, 2013. / Photo by Brittany Horn 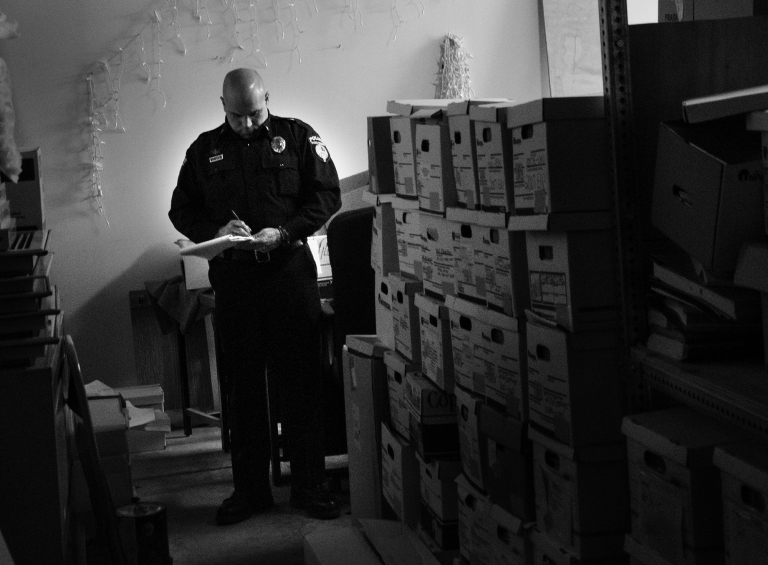 Part of Fishel's role for the State College Police Department is community outreach and safety. Since the shootings in Newtown, Conn., Fishel said the police department has taken extra measures to help organizations and companies around the area prepare for a possible intruder. Here, Fishel takes notes on conditions within a storage closet in the College Twp. Building on April 4, 2013. / Photo by Brittany Horn 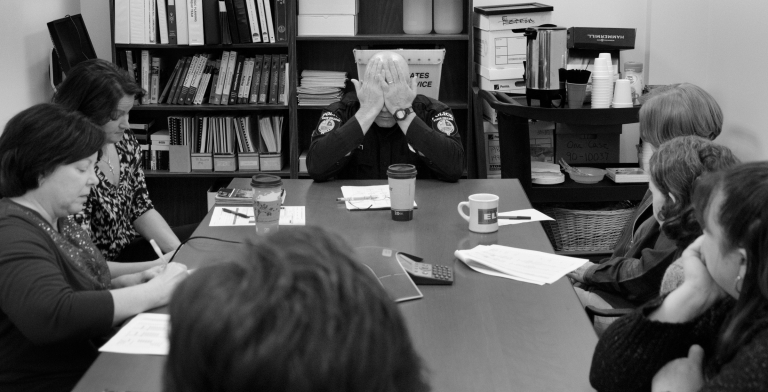 Though Fishel said he rarely goes out for ride-alongs anymore, he does make sure the police department receives its accreditation each year by working with a team of staff members to get all the paperwork in order on April 3, 2013. / Photo by Brittany Horn 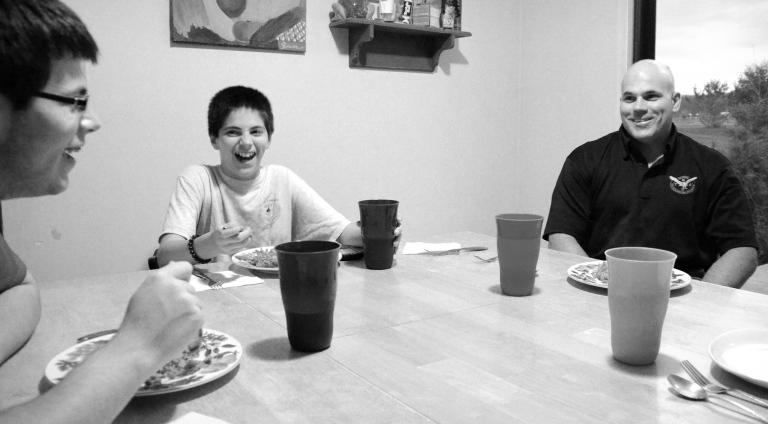 But outside of the office, Fishel has bigger priorities -- three children he loves dearly. Fishel and his wife try their best to have dinner with their two sons, Christian, left, and Garrett, right, every night, and speak regularly with their daughter who attends the University of Pittsburgh on April 16, 2013. / Photo by Brittany Horn 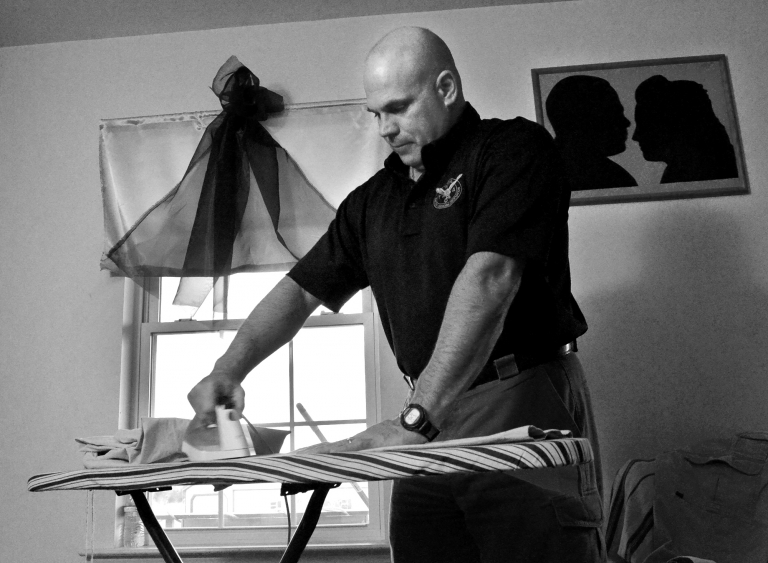 His wife, Deidre Fishel, also works at the police department, so the couple trades off nights for who will cook and, in this case, do the ironing, on April 3, 2013. / Photo by Brittany Horn 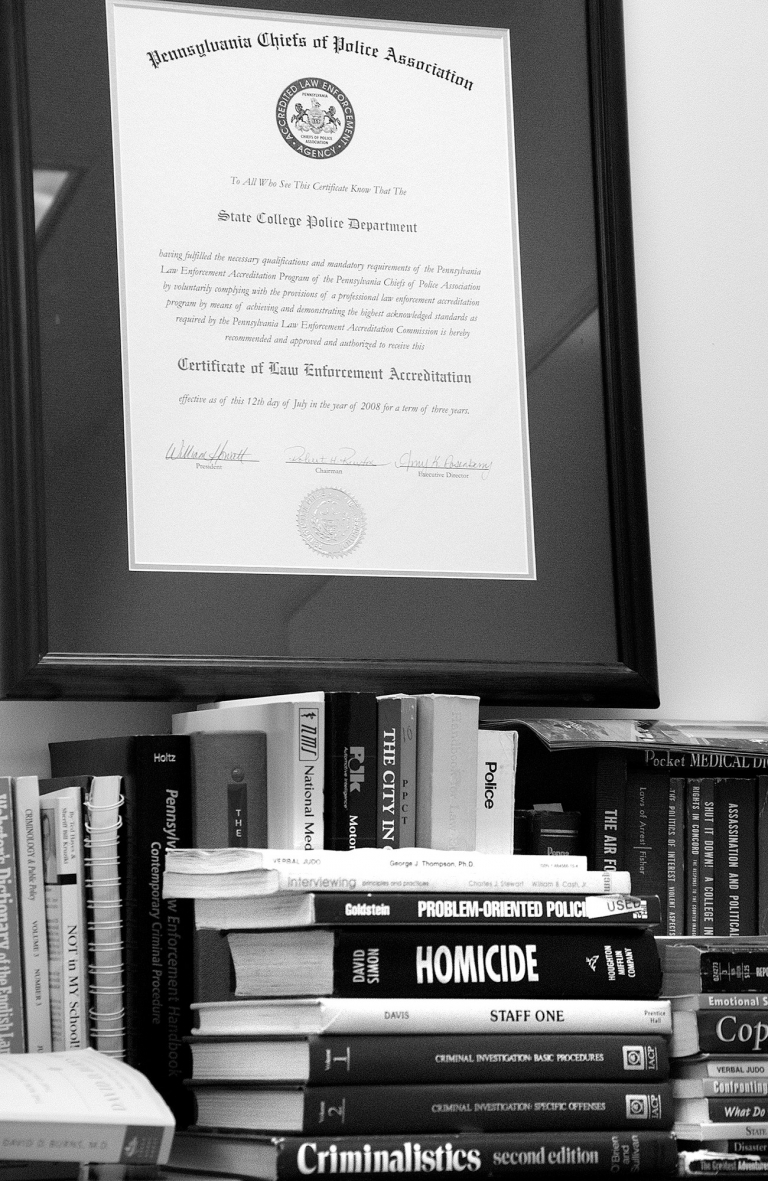 Though Fishel specializes in tactile and SWAT training, he connects with his wife's domestic violence specialization through their goal to make State College a better place. The two met when Fishel trained Deidre for her initial position 16 years ago. / Photo by Brittany Horn

No police officer's life is complete without a dog to greet him at home. Fishel's best friend comes in the form of Luke, a 13-year-old Labrador retriever who stays by his side at his home. / Photo by Brittany Horn 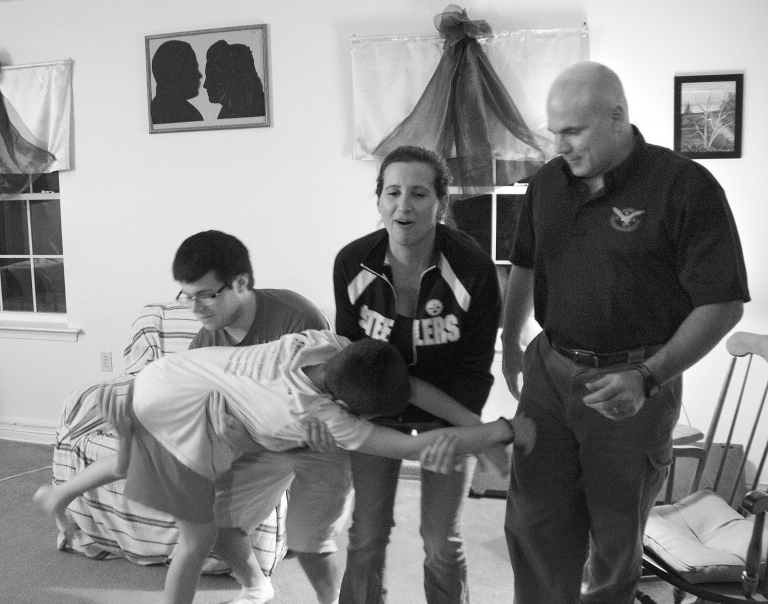 And on days when the job gets too difficult, Fishel takes solace in returning home to his family in Stormstown, Pa. Though they have few family pictures hanging up, Fishel joked that the cause is often because they can't get them together in a serious way. Fishel's son, Garrett, attempts to plank across the arms of his brother, Christian, left, his mother, Deidre, middle, and his dad. / Photo by Brittany Horn 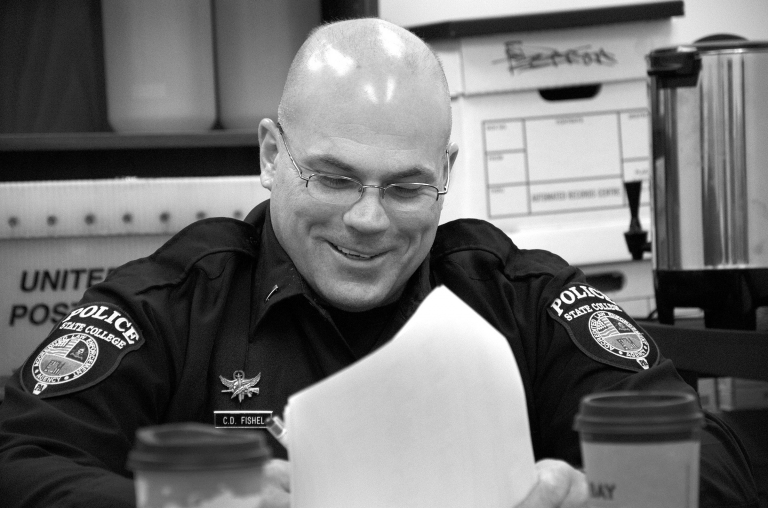 Fishel doesn't forget to take time for a laugh or two, recognizing the importance of humor in a job that can often bring tragedy to his doorstep. His work is one that he loves, even when it requires paperwork on April 3, 2013. / Photo by