Molly Countermine: Rocking the classroom and the bars


Molly Countermine, a human development and family studies instructor at Penn State University, compares teaching to singing in her band because in both situations she is doing something she is passionate about in front of a group of people.

“People think that it is very different, when in reality they are actually kind of the same,” Countermine says. “I think songs have the power to do what I do in the classroom, which is to move people and to make people think about things in a different way.”

Countermine’s enthusiasm for teaching came from growing up in a house of educators. Both of her parents were teachers and it was always understood that she would go to college and graduate. However, music also was a common theme in her home. 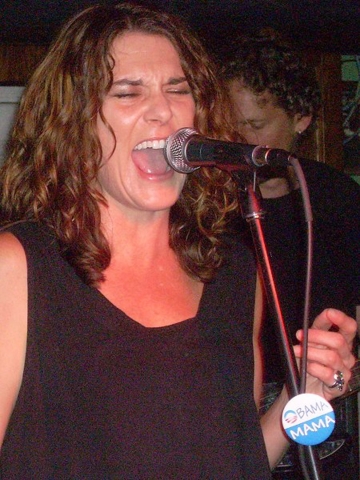 “My parents were teachers but musicians on the side,” Countermine says. “But I didn’t know that growing up. I just knew they were Mom and Dad, and musicians, and teachers. I didn’t realize it was an unusual thing.”

Originally from Alabama, Countermine attended Auburn University where she took after her parents and joined a band. After receiving her bachelor’s degree, she attended graduate school in Philadelphia and then moved to State College in 2000. To make some money Countermine took a part-time job as a bartender.

While working, she met her future band mates. The band, Maxwell Strait, was playing at the bar and she noticed they had no female member. She approached the band and within a week she was practicing with them and performing with them regularly.

Countermine is now one of the lead singers in Maxwell Strait, and a member of the female group, Pure Cane Sugar. Both bands play shows at local bars including, The Phyrst, Zenos, Café 210 and American Ale House.

“State College is a small town but it is loaded with very talented musicians,” she says.  “So I am just incredibly blessed with the talent and caliber of people I get to play with.”

The talent in State College is not the only reason Countermine feels extremely blessed, she says. Because her shows are always at nights, she can be a musician, a full-time teacher and a full-time mom to her three children.

“To be able to make music four to five nights a week and still have a day job where I get to teach at a great university, I’m not sure how many places that could happen,” she says.

Countermine understands that as her children grow older and choose new activities, she may have to compromise, but for now she does not have to give up going to their activities because they happen early in the evening.

Countermine often tells her students to come out and see her perform. She enjoys having her students in the audience because she wants to let them know that they do not have to give up on things they are passionate about just because they choose one career path over another.

“People ask me how I do it all, how am I a teacher, a musician and a mother,” Countermine says. “It is because I love it all. If you love what you are doing it doesn’t feel like work.”

Performing all around town

Countermine and her bands play at bars all around town but it is hard for her to pick a favorite because of all the different atmospheres and audiences.

While Countermine does not advertise her shows, it is only so long before her students see her out at the bars. Some students might find it uncomfortable but Countermine believes it helps them see her as a real person.

Iris is a senior majoring in print journalism.  She has had multiple internships that show her interests as a writer. She has interned with ESPN Radio of State College, covering football and basketball games for both Penn State and high schools in the area.  She also has worked with College Athletics Clips, a website that brings all collegiate sports news to college athletic directors and their staff around the country. As a assistant clips editor she wrote executive summaries and wrote her own opinion stories.  Iris plans on pursuing a career in sports journalism, but her interests do not end there. She wrote for Town and Gown Magazine where she covered topics from all sides of the spectrum including health and wellness stories, event stories and profile stories. She hopes to continue writing for magazines after graduating in the spring.

A Child his Idea = Nets4Nets Non-profit