Intro to Photojournalism students spent 24 hours on Monday February 18, 2013 photographing Penn State for a Day In The Life assignment. 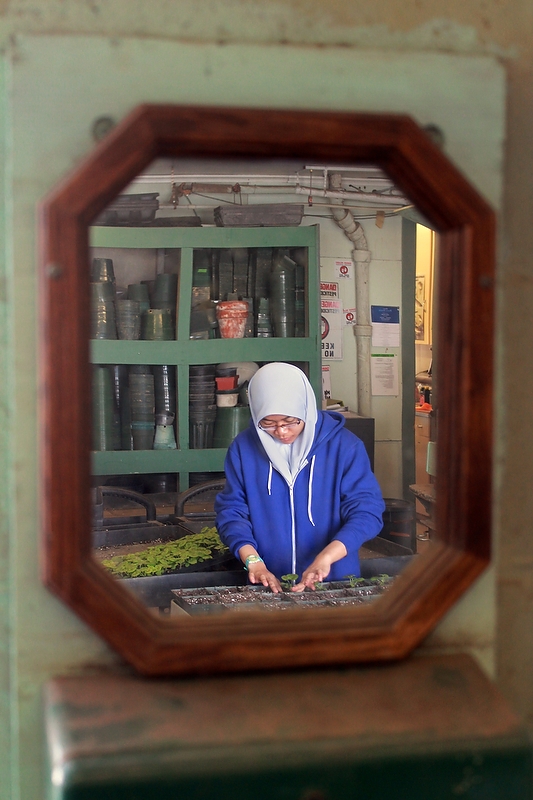 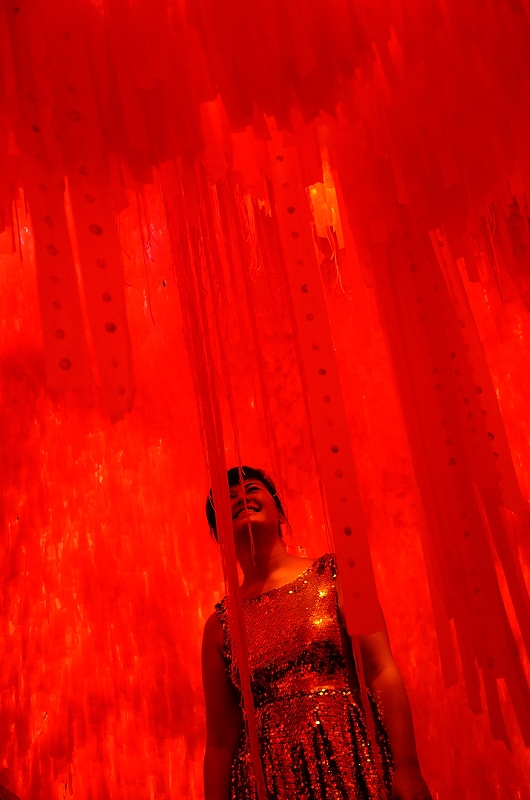 During the reception to Bloom Bloom, an MFA thesis exhibition by graduate student Dana Harper, the artist wanders through her sculpture in the Zoller Art Gallery in the Penn State School of Visual Arts on Monday. Harper is in her second year of studying sculpture, but said her is more of an "adventure" than a still-life piece. / Photo by Evan Ponter 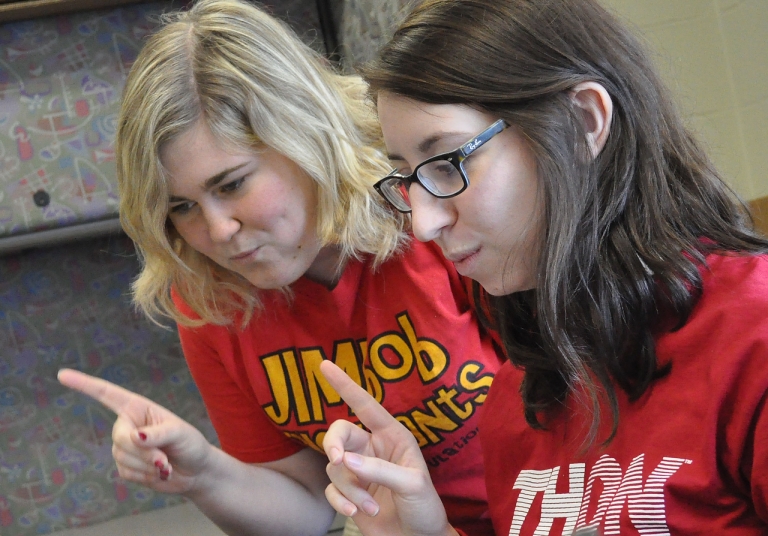 Senior Michelle Wisnieski, left, and junior Alyssa Wyvratt practice the 2011 THON line dance in the Gamma Sigma Sigma office in the HUB. They talked about the past line dances and said this one was their all time favorite. / Photo by Katie Levine 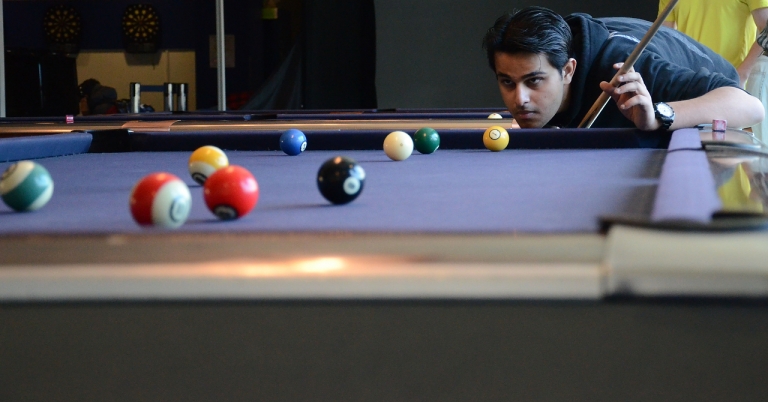 Aishwavya Kumar lines up a shot during a game of pool with Sven Alagic in the HUB Gaming Lounge. / Photo by Brian Cronauer 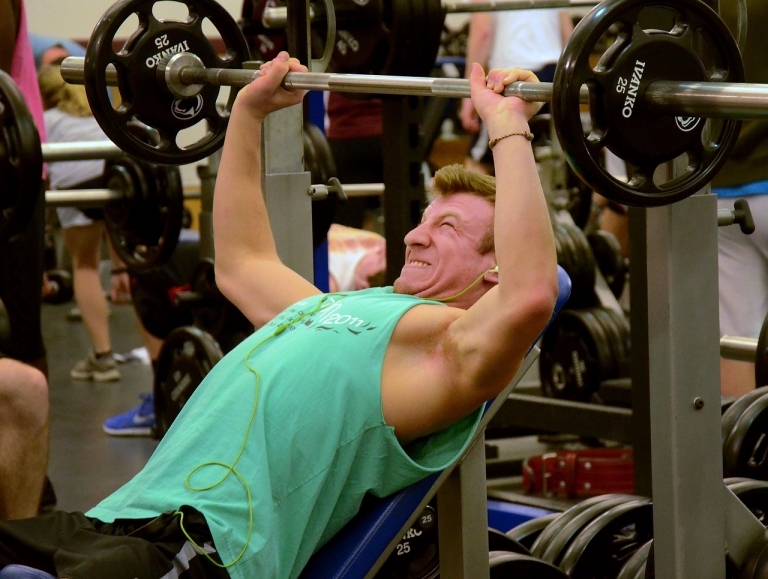 David Hoisan works out at the White Building. Many students flood the on-campus gyms preparing for their upcoming spring break. / Photo by Alex Pate 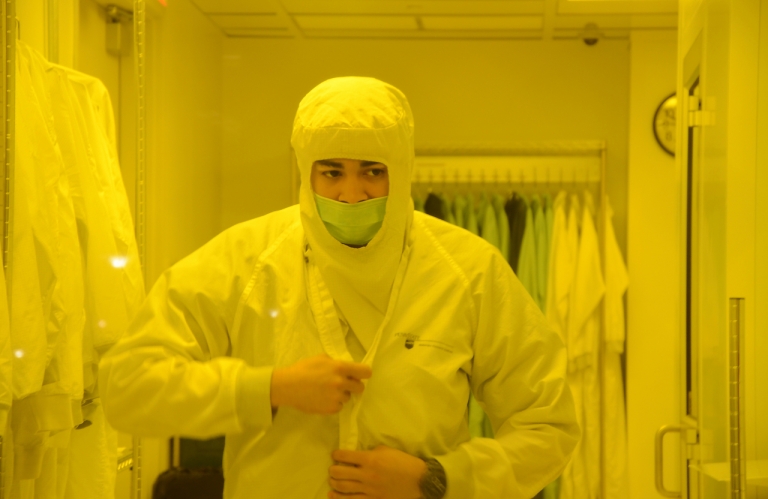 Michael Nunez prepares to enter the decontaminated “cleanroom” in the Millennium Science Complex to work on thin films of alloys in a stable environment. Nunez, a senior majoring in engineering science, is creating thin films of magnesium/aluminum alloys, hoping to understand how fast the individual elements are being deposited. His end goal is to discover how to make alloys of any composition desirable. / Photo by Chris Will

Steven Mead of England plays the Euphonium at a guest recital in the Esber Recital Hall in the Music Building. This was his ninth stop of 13 in his world tour. / Photo by Caitlyn DeFluri