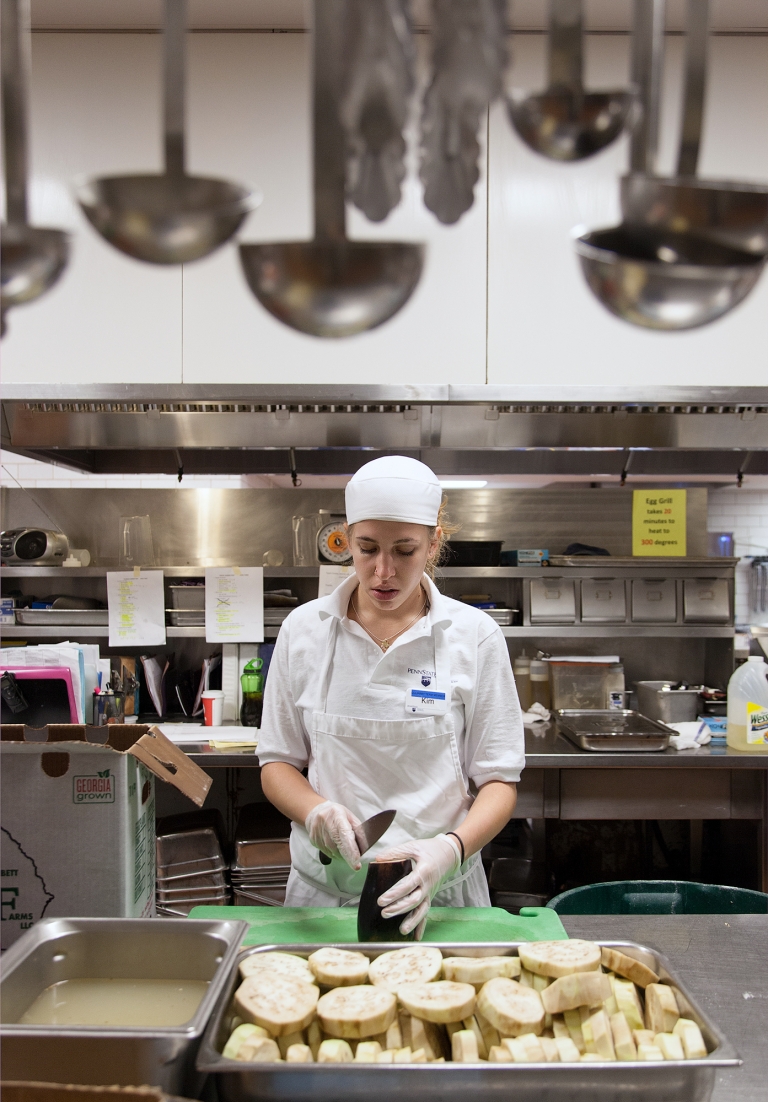 Kim Mongrandi, a senior majoring in economics at Penn State, prepares eggplant in the kitchen at Pollock Dining Commons. / Photo by Yuting Zhang 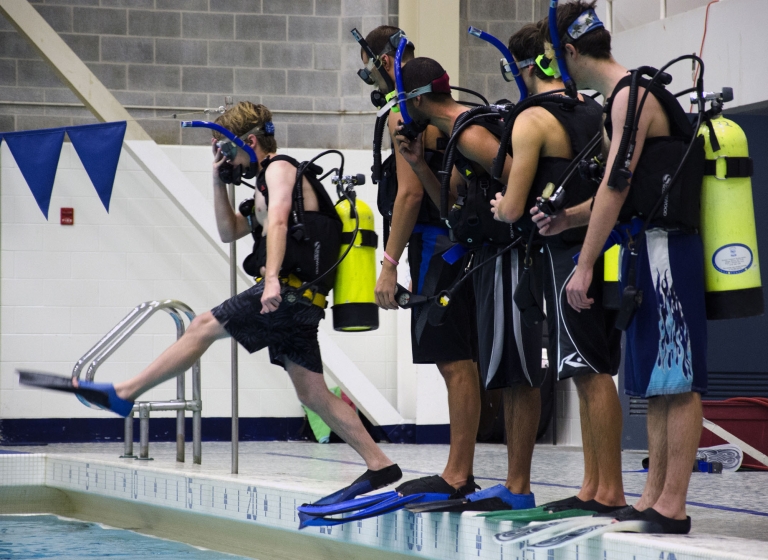 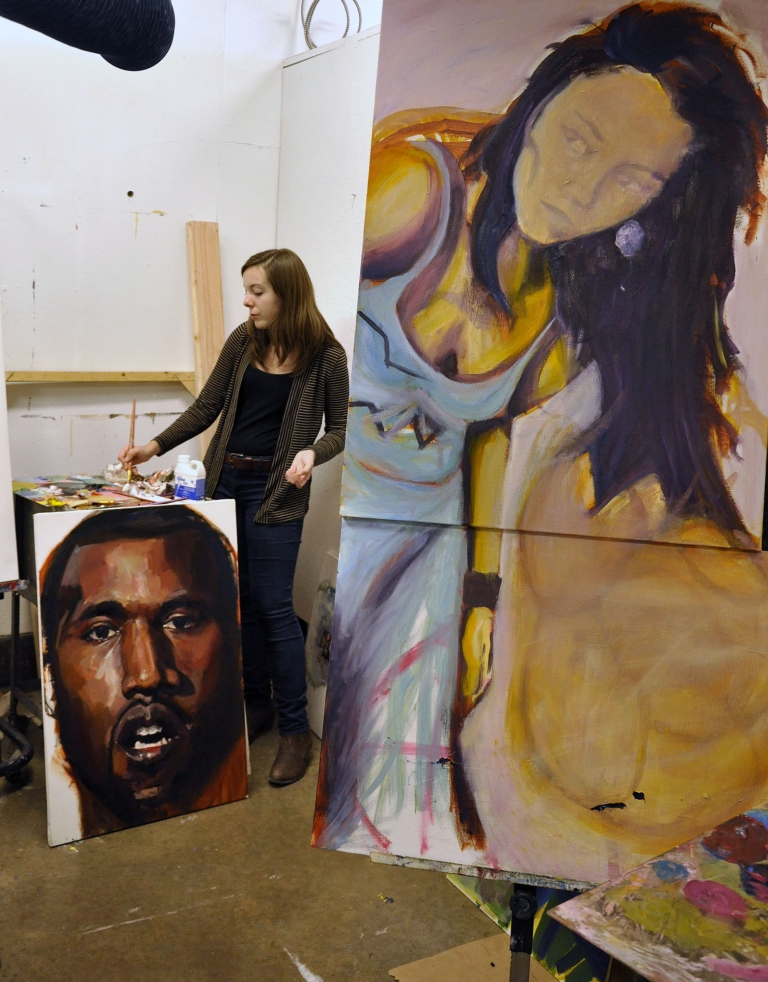 Ellie Skrzat, a junior fine arts student, works on a painting in the Visual Arts Building. / Photo by Maggie McGlinchy 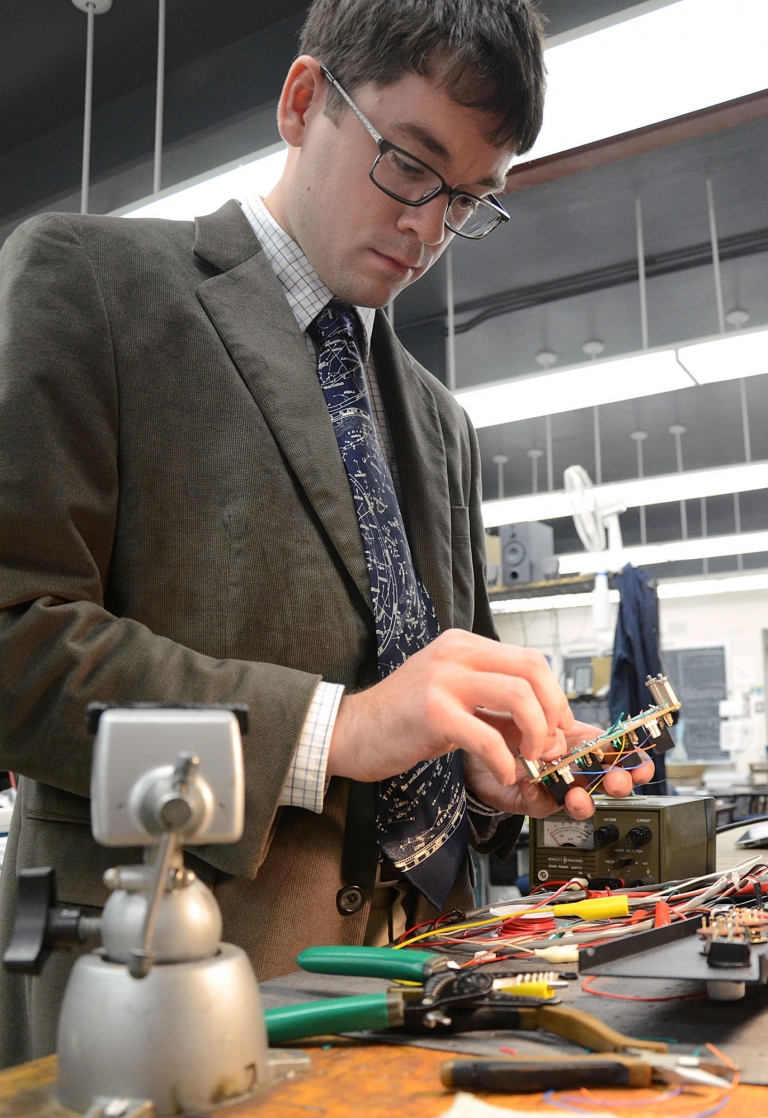 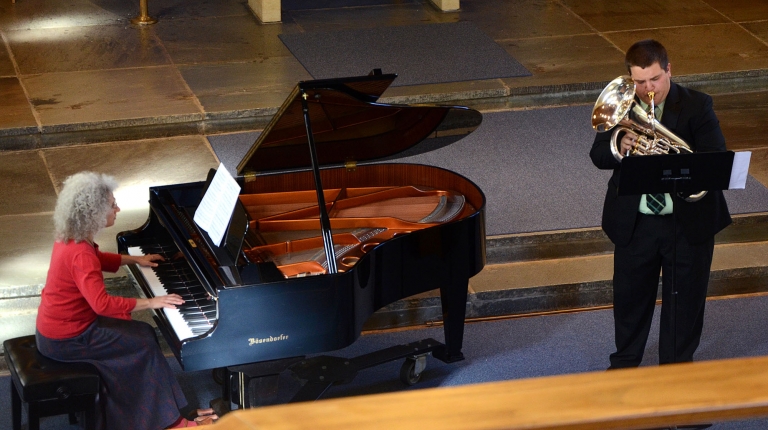 Ryan Bulgarelli plays the euphonium accompanied by Kathy Gattuso Cinatl on the piano. The performance was a part of the Bach's Lunch program at Penn State's Eisenhower Chapel. / Photo by Patrick Readdy 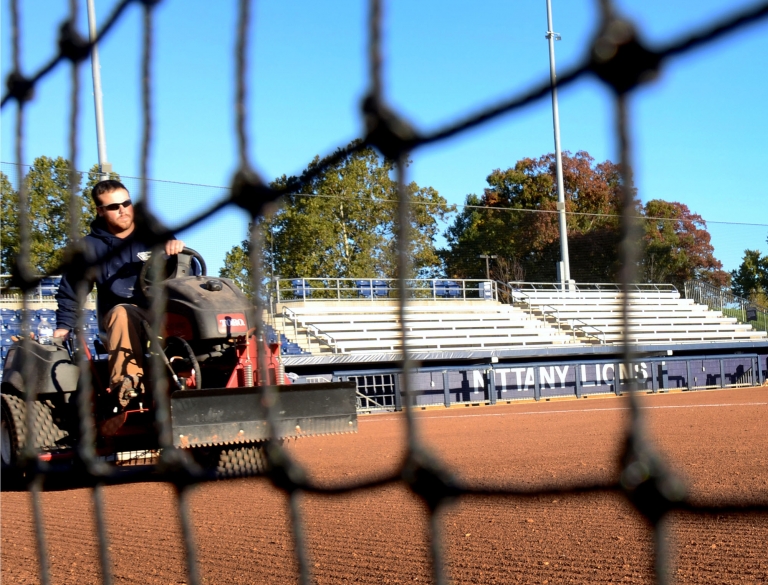 Penn State senior Jordan Gleim smooths out the dirt at the Beard Field softball stadium. Gleim, a turf grass science major, is a member of the Penn State's grounds crew and helps maintain all of the Nittany Lions' athletic facilities. / Photo by Emily Kaplan 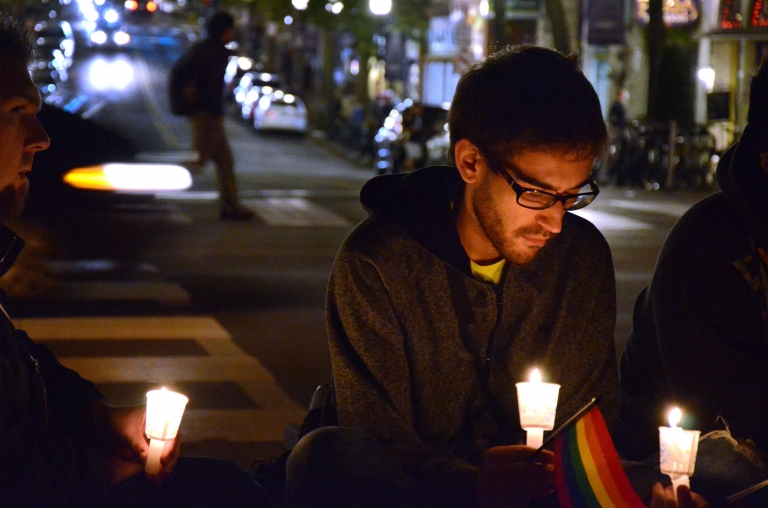 Josh Keilholtz, a Penn State junior majoring in sculpture, joins in a moment of silence with members of the LGBTQA community at a candlelight vigil held at the university's Allen Street Gates. The event, which was part of National Coming Out Week, remembers those who have committed suicide because of struggles with their sexuality. / Photo by Sara Loebig 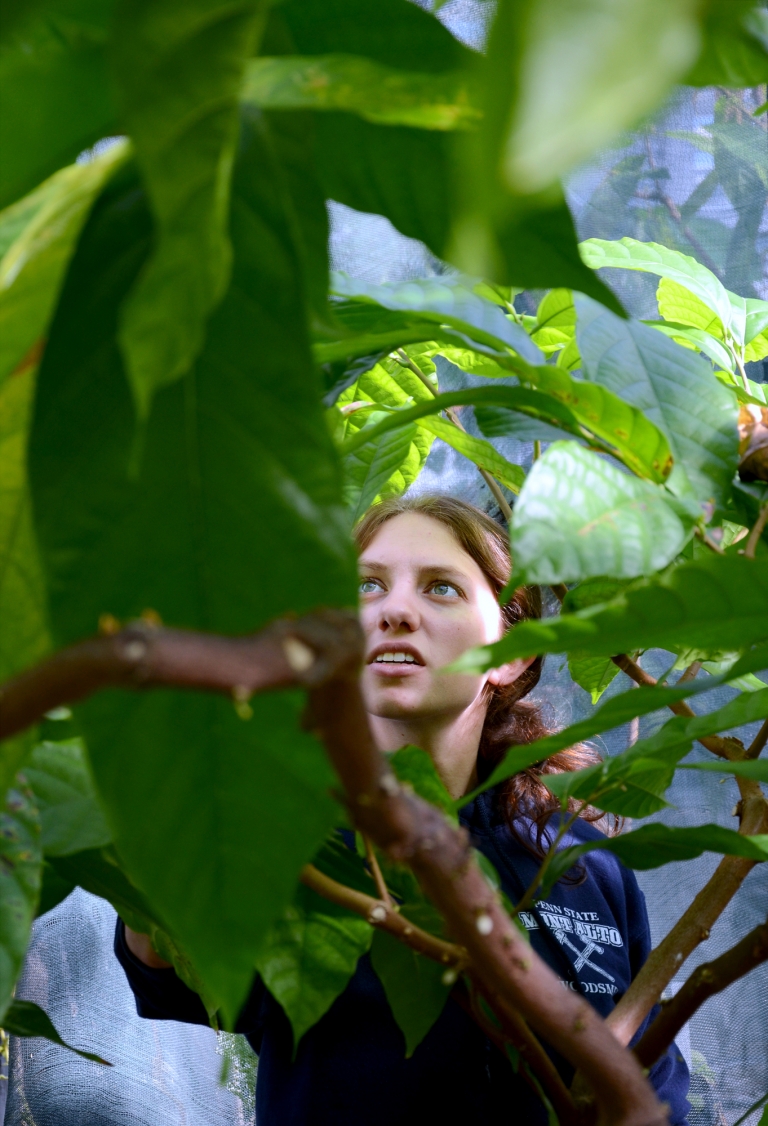 Jenni Diehl, a junior majoring in horticulture, inspects a Cocao plant for white flies in a greenhouse on the Penn State campus. / Photo by Erin Clark 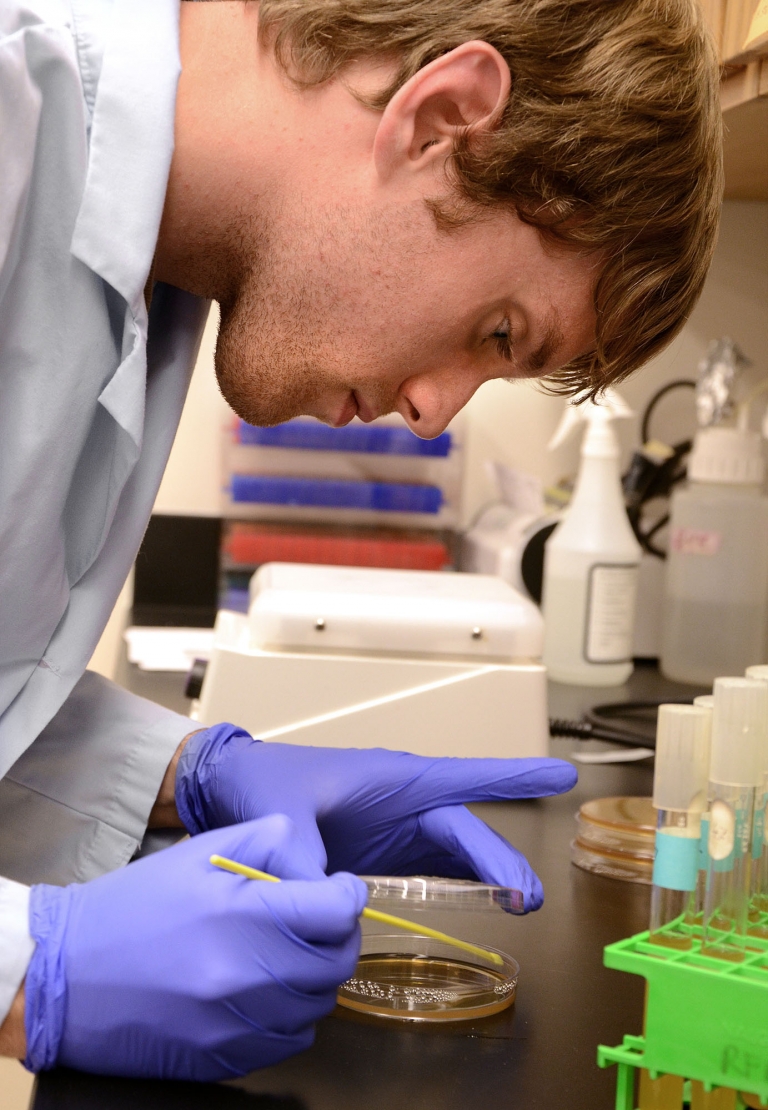 Jeffrey Amos, a senior at Penn State, prepares bacteria cultures as part of his honors thesis at the Probiotics and Dairy Microbiology Research Laboratory. / Photo by Abigail Johnson 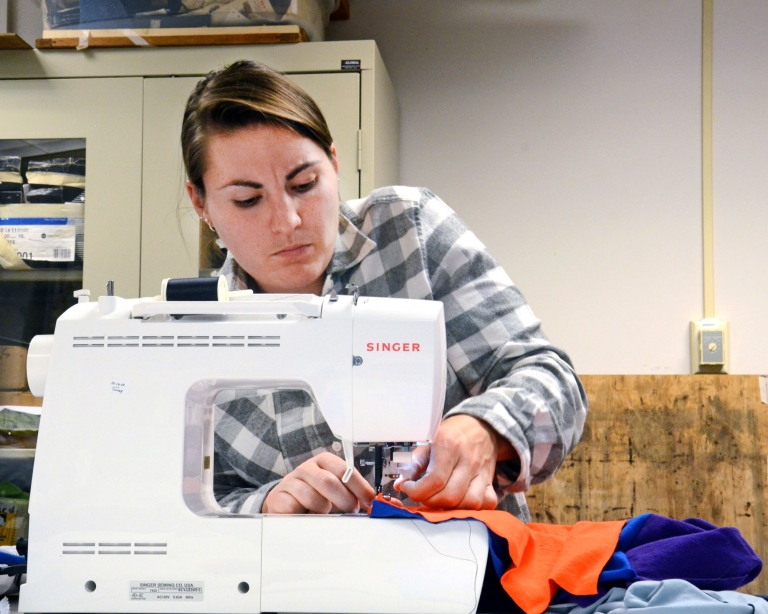 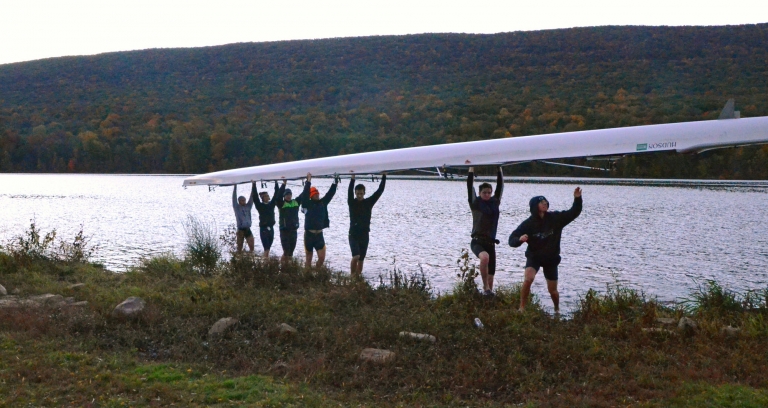 Students carry their boat out of the water after club crew practice at dawn at Bald Eagle State Park. / Photo by Lyssa Winograd 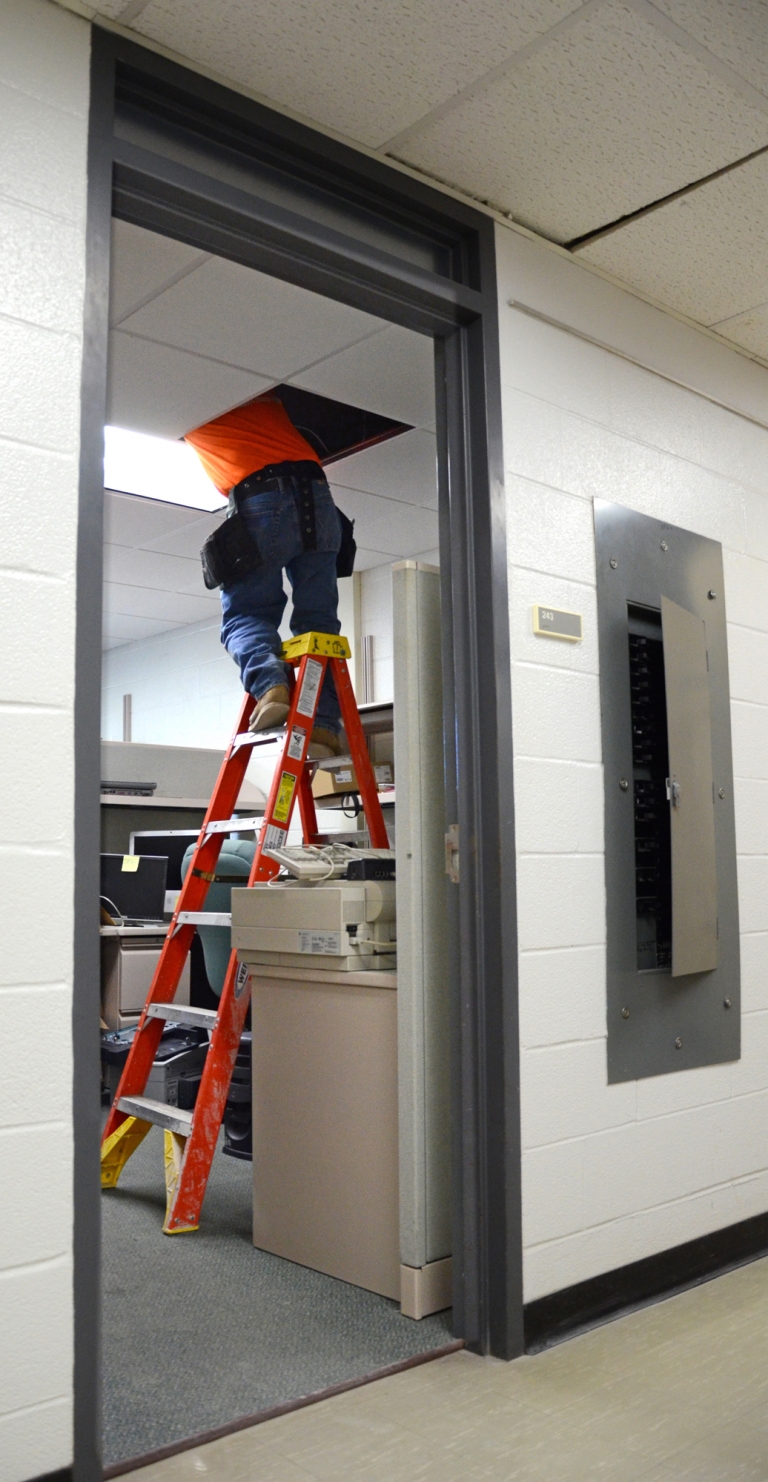 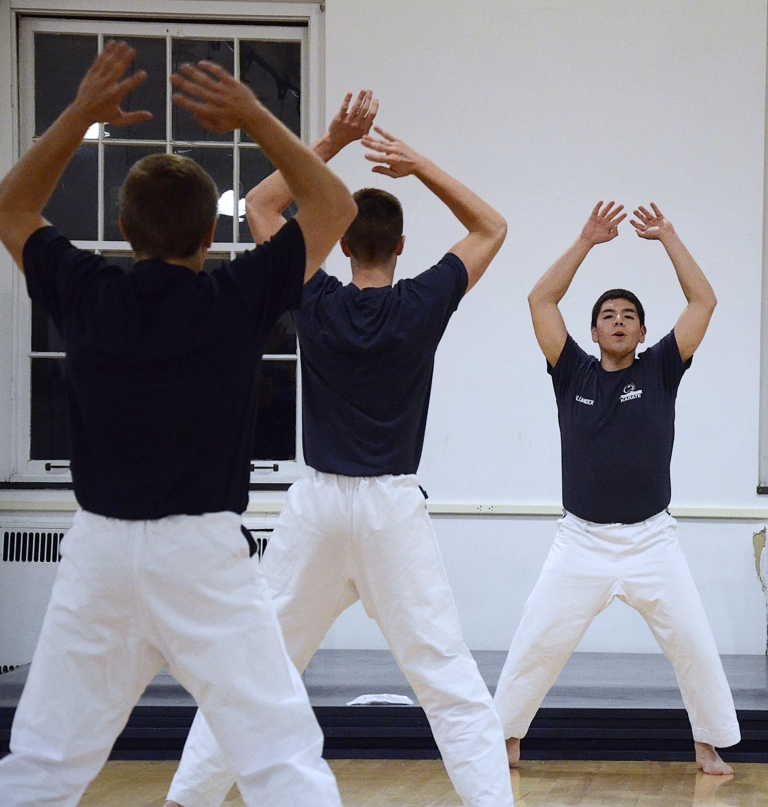 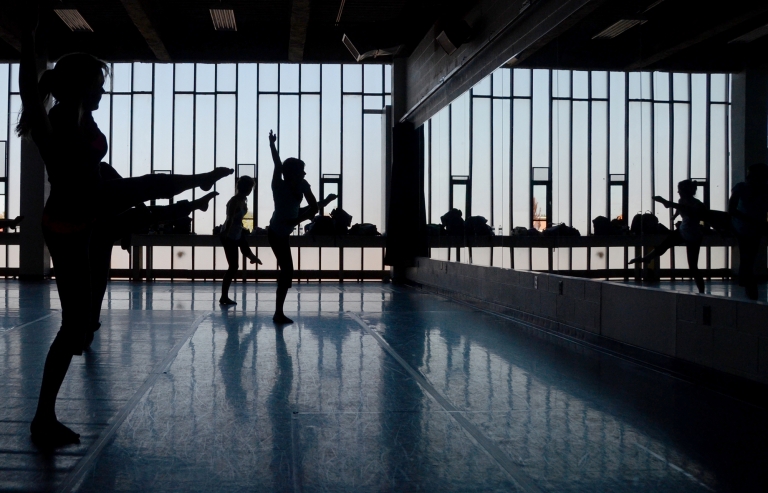