After going down to the wire with Iowa on Thursday at the Bryce Jordan Center, it doesn’t get any easier for head coach Patrick Chambers and his Penn State Nittany Lion team (8-16, 0-12) as they will head to Ann Arbor Sunday to face No. 4 Michigan (21-4, 8-4).

Sunday marks the first of two meetings between the schools in the next 10 days as they will clash in Happy Valley on Feb. 27 at 6:30 p.m. on ComRadio.

Both teams are coming off of gut wrenching losses, however, each sting in their own way.

Penn State was one big shot away from garnering their first win of the season against the Hawkeyes and Michigan went to East Lansing and got blown out 75-52 by in-state rival Michigan State.

Michigan couldn’t get anything going offensively against the Spartans as they only had two players in double figures, sophomore guard Trey Burke had 18 and freshman guard Nik Stauskas had 10.

The Wolverines also only received eight points from the five forwards that saw playing time on Tuesday and perhaps showed their biggest weakness of lacking a true center. They have experience in the post with redshirt junior forward Jordan Morgan, but the Detroit native has been limited in the past few games with an ankle injury.

John Beilein’s squad now has a little bit of an easier next three games as they face Penn State twice and mix Illinois in between those two games.

The Wolverines will use that three game stretch as an opportunity to return to playing like the best team in the country after going 2-3 since obtaining the number one ranking on Jan. 28.

For Penn State, Chambers’ said he liked what he saw against Iowa after being within two points of the lead multiple times in the last 40 seconds.

“You know what, I was proud of the guys to get themselves in the position to make shots and make plays,” said Chambers after the game. “I wouldn’t say it’s frustrating. Like I’ve told you, we’re close.”

Michigan becomes the sixth ranked team Penn State has played this season and fourth team that was ranked in the Big Ten. The Nittany Lions are 2-16 all time against the Wolverines in Ann Arbor with their last win coming in 2010.

The maize and blue have won the last four meetings in the series, including the conference opener last year at Crisler Arena 71-53 and the last game of conference play in Happy Valley 71-65 when Michigan was the No. 13 ranked team in the country.

Focus for both teams will start with each team’s point guard. D.J Newbill and Burke lead the way in scoring for Penn State and Michigan with 16.2 and 18.2 points per game respectively.

However, the bigger storyline might be the play of Michigan's shooting guard Tim Hardaway Jr.

Hardaway Jr. had perhaps his worst outing of his career has he shot 1-for-11 in his two point performance against Michigan State. Hardaway played well against Wisconsin two games ago but didn’t continue that production against the Spartans.

Now, Hardaway Jr., Stauskas, and Glenn Robinson III will have to get their swagger back at home against a Penn State team that has only scored more than 53 points twice in their last five games.

That lack of scoring is a result of three things, one of which they can’t control on the court: Penn State cant put up big scoring numbers without Tim Frazier, they struggle from the free throw line down the stretch, and lack a true big man on the low post.

Without Frazier, it has been mainly Newbill and Marshall doing the scoring for the Nittany Lions as they average 30.9 of the team’s 60.8 points per game.

Part of that is because of their poor percentages from the free throw line, specifically down the stretch. This was certainly visible against Nebraska and Iowa, two close home losses in conference play.

Even though Sasa Borovjnak has played well as of late in the scoring column, including 14 points against Iowa, but only had three rebounds. Penn State’s leading rebounder against the Hawkeyes was their point guard, Newbill.

A third scorer and a post presence certainly wouldn’t hurt Penn State and would give them the best chance to pull of a huge upset on Sunday against the Wolverines, a team that is looking to avenge an embarrassing road loss against their big time rival.

Mike Esse is a sophomore majoring in broadcast journalism. To contact him, e-mail mje5164@gmail.com. 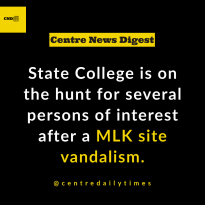