It's official. With a 74-51 victory over the Golden Gophers of Minnesota the Penn State Lady Lions earned the Big Ten women's basketball regular season title for the first time since 2004.

They will have the top seed in the 2012 Big Ten Tounament that begins Thursday. 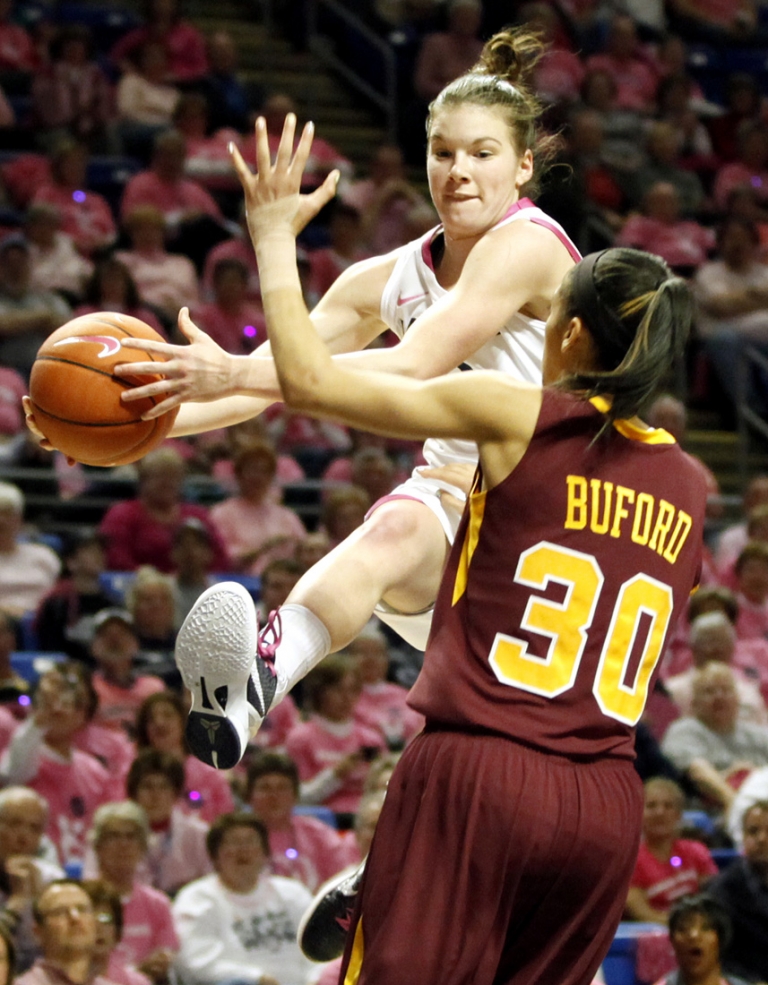 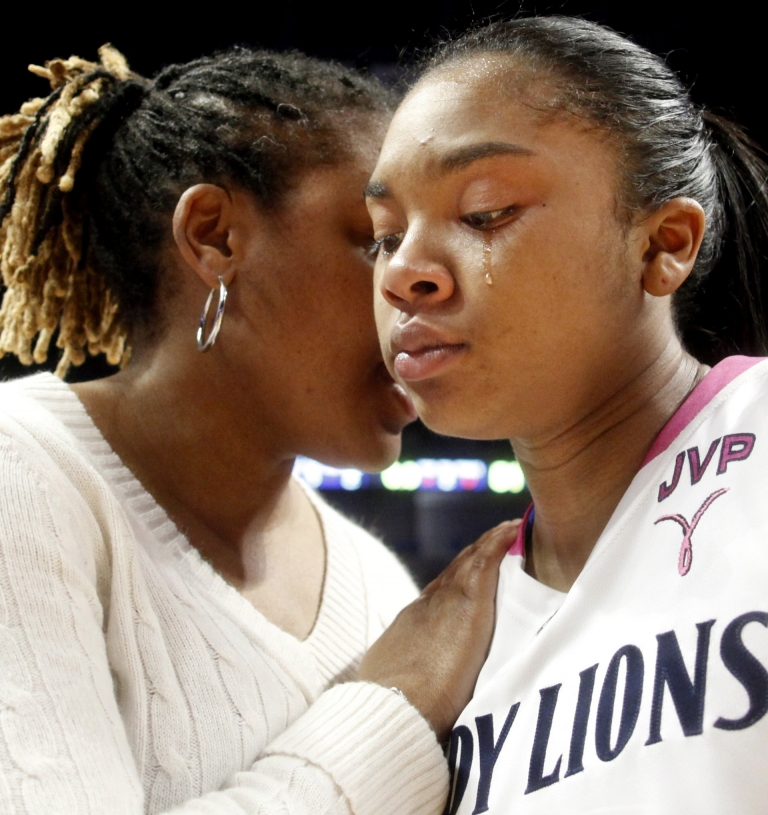 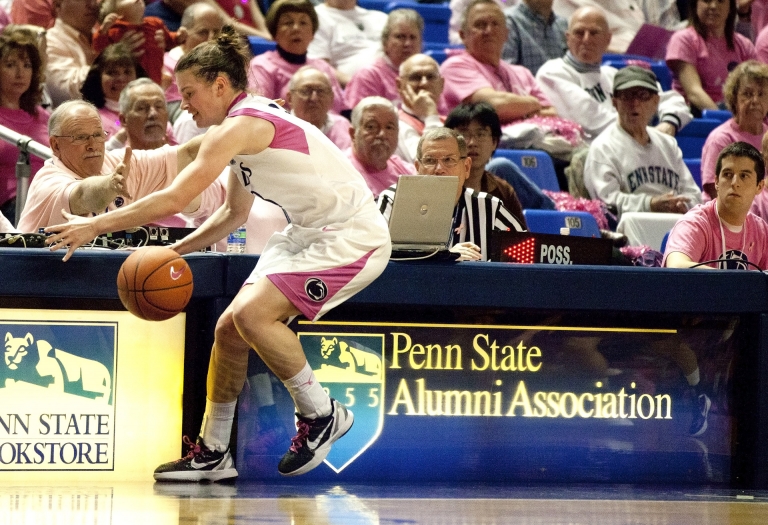 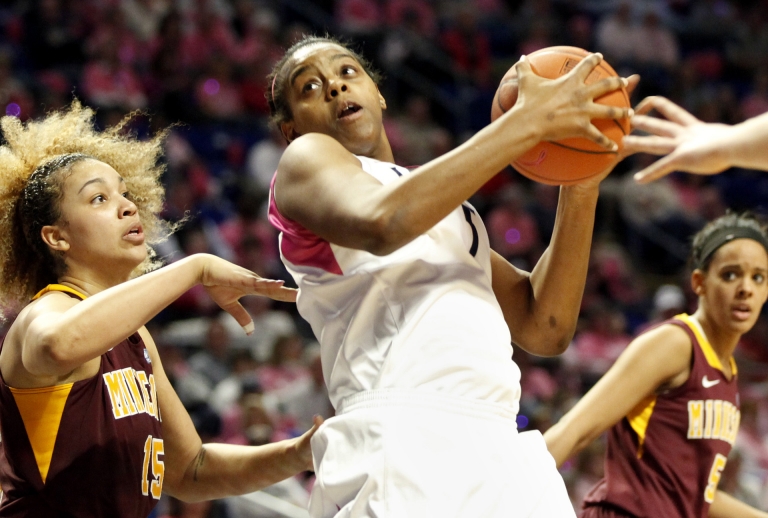 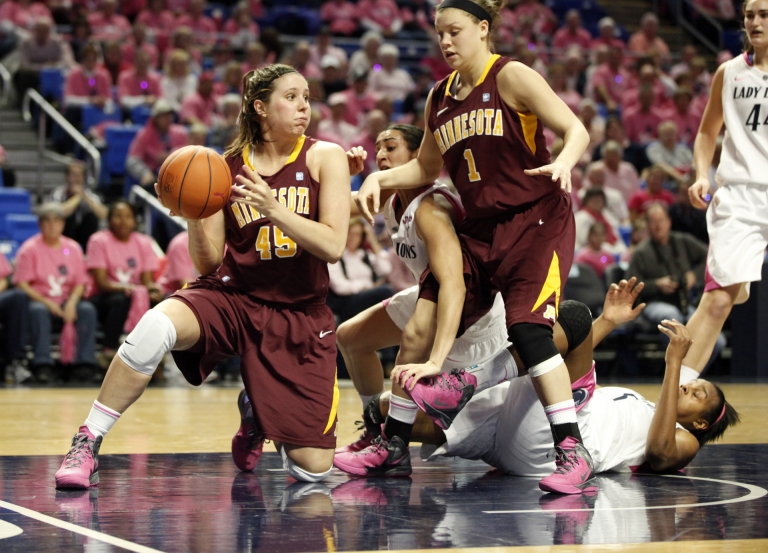 Minnesota Golden Gopher guard Nicole Mastey (45) looks past teammate Rachel Banham (1) for an outlet during Sunday's game against the Penn State Lady Lions at the Bryce Jordan Center. Minnesota lost to the Lady Lions for the fourth time in a row. / Photo by Jill Knight