As consumers we use, deplete and even destroy massive amounts of resources. According to the Environment Protection Agency, Americans generated 251 million tons of trash in 2012. That waste doesn’t magically disappear after it’s placed into the trashcan but instead goes to landfills, polluting the atmosphere, land and water. Penn State is one of the leading universities that want to change this end destination. 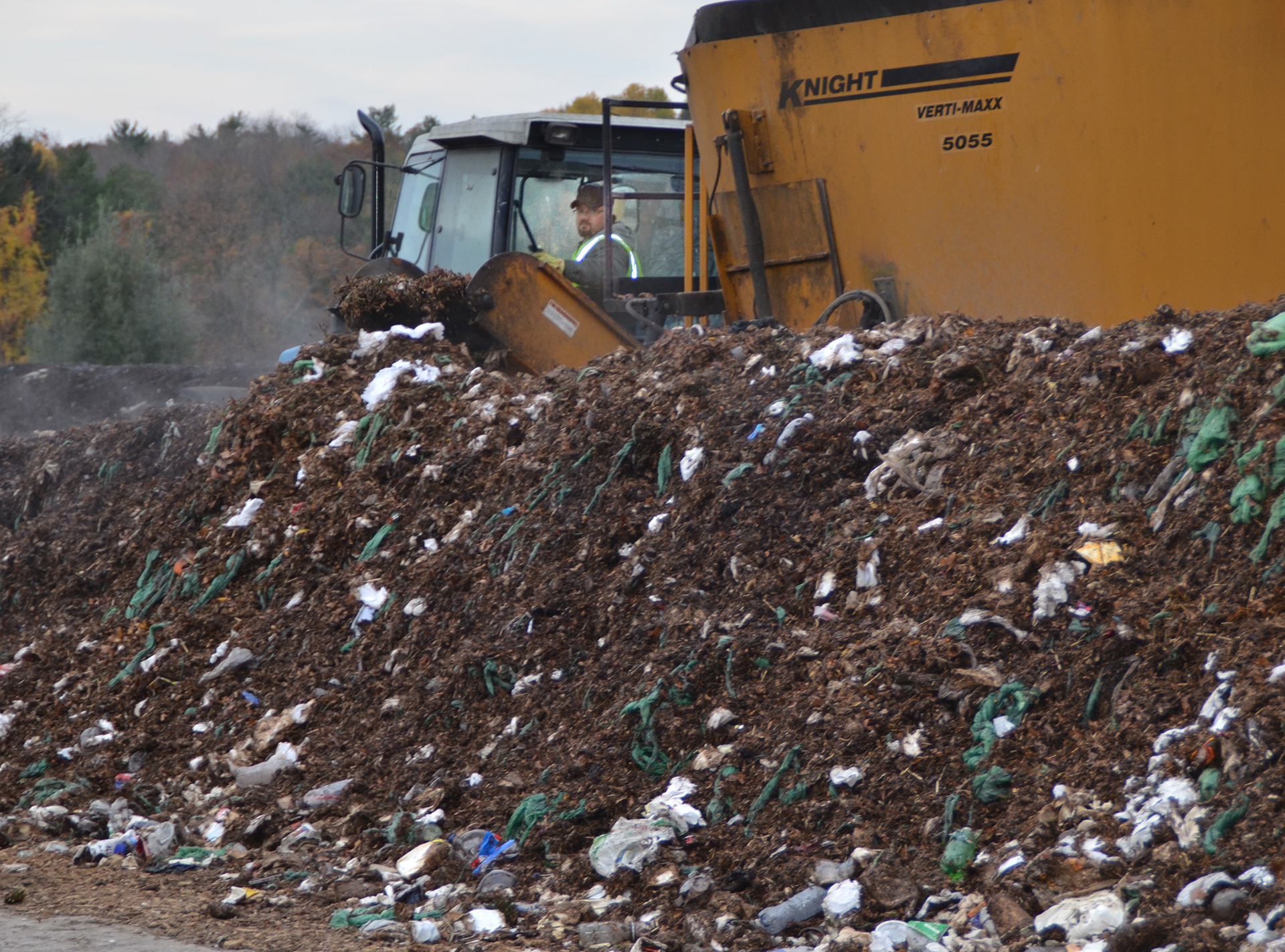 Penn State’s adoption of its möbius process embodies the idea of an endless circulation of waste by reducing, reusing and recycling what we consume. The university’s waste management program has the potential to divert 89% of its waste and hopes to eventually become a zero-waste facility.

Penn State’s composting program is a leading driver in accomplishing this goal. Compostable material is collected from academic and office buildings, dormitories, greenhouses and dining operations. There are green composting bins next to every trash and recycling bin to help the Office of Physical Plant, faculty and students correctly sort their waste. But that’s not all…Penn State has even switched to environmentally friendly trash can liners that are made with 70% post-consumer recycled substances and contain 20% less material than single- and dual-ply mixed resin bags.

From the green composting bins, the waste is taken off campus and down the road to the Organic Materials Processing and Education Center (OMPEC), located on Farm Services Road. This is where the materials are ground, blended with hay/feed and redistributed in piles down long rows, also known as windrows (See video below). The windrows are turned and the temperature is monitored to make sure the materials are mixing correctly. After a few weeks, nature takes its course on the grounded up piles and transforms the old empty pizza boxes and apple cores into nutrient-rich soil.

As for recycling, glass, plastic, metal and paper are collected from blue recycling bins and taken to University Park’s Recycling Center. Here, the materials are sorted and brought to the Centre County Recycling and Refuse Center. To see the Penn State recycling program in action, guided tours are offered by the program director, Al Matyasovsky.

To further promote and encourage sustainable innovation, Penn State created an internal grant program in 2013. Through the Reinvention Fund, Penn State invested more than $875,000 in sustainable and collaborative projects. This year, faculty/staff teams received $773,485 whereas student teams received $102,884. Their projects are centered on the Living Laboratory theme of Penn State’s Sustainability Strategic Plan. This Living Laboratory concept takes learning outside of the classroom and into the surrounding environments. It seeks creativity and utilizes everyday life as a source for sustainable growth.

Video: How compost is made