Photo posted December 16, 2011 in News by the students of the College of Communications

From backstage at Eisenhower Auditorium, to front stage in Shanksville, PA. From the celebration that is THON to the charges that rocked the University, our students have created a memorable collection of photographs in 2011 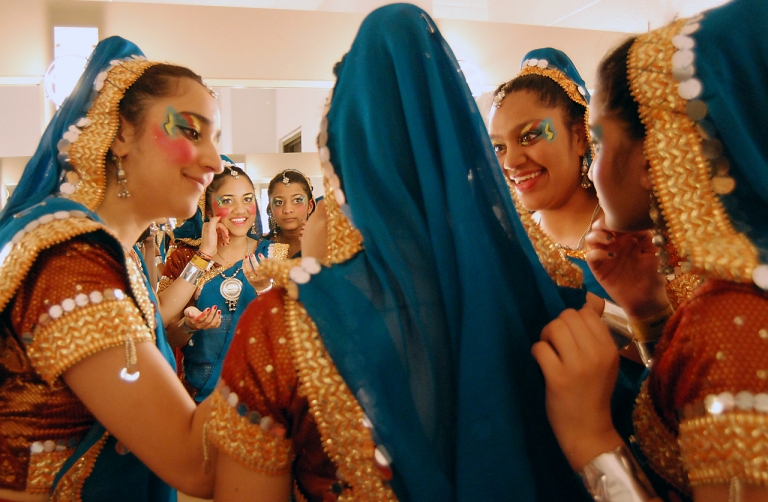 Students from the University of Maryland prepare for their performance in 'Dandia on Fire' at Penn State's Eisenhower Auditorium. / Photo by Chloe Elmer 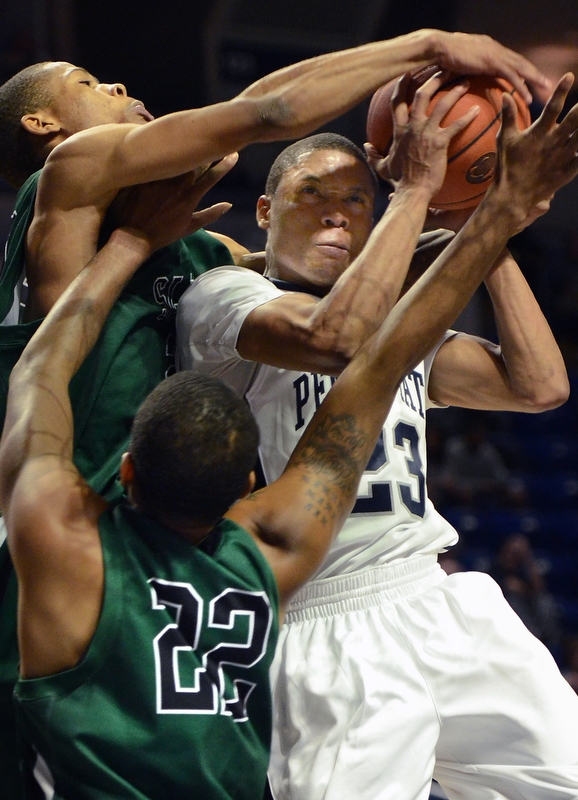 Penn State point guard Tim Frazier (23) is fouled by Slippery Rock defenders Aubin Reeves (20) and Will Kirkland (22) in the second half of Penn State's 64-67 win over Slippery Rock University at the Bryce Jordan Center. Frazier, the lone returning starter for Penn State, ended the game with 19 points, seven assists, and six rebounds in 37 minutes of action. / Photo by Thomas Frank Carr 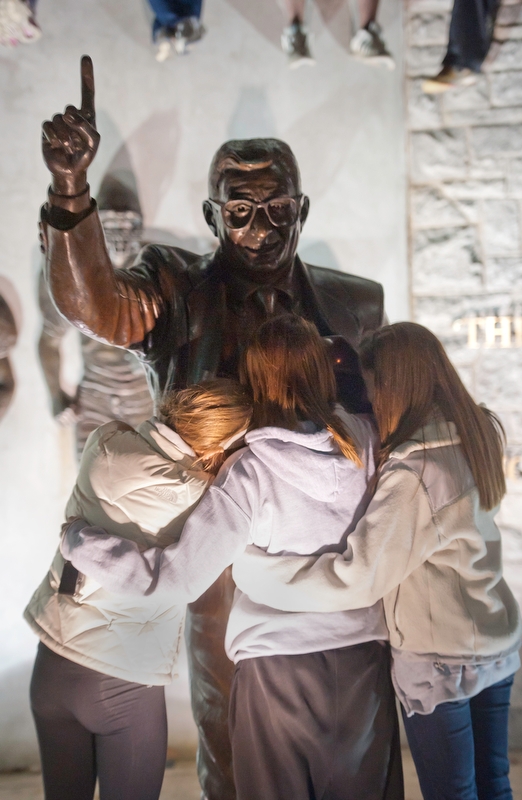 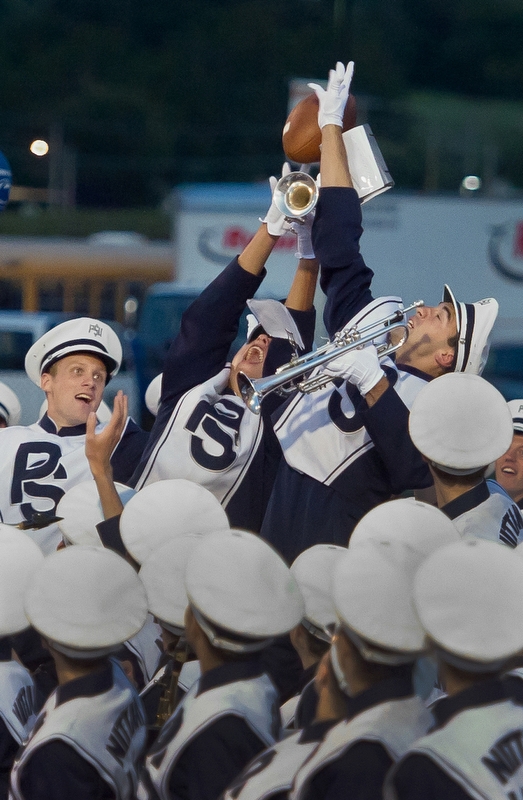 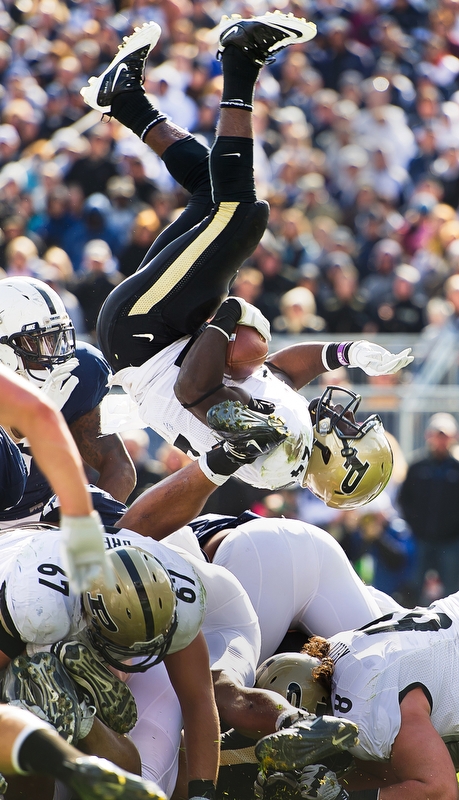 Purdue running back Akeem Shavers flips into the end zone for a touchdown during Penn State's 23-18 victory over Purdue on Oct. 15, 2011. / Photo by Andy Colwell 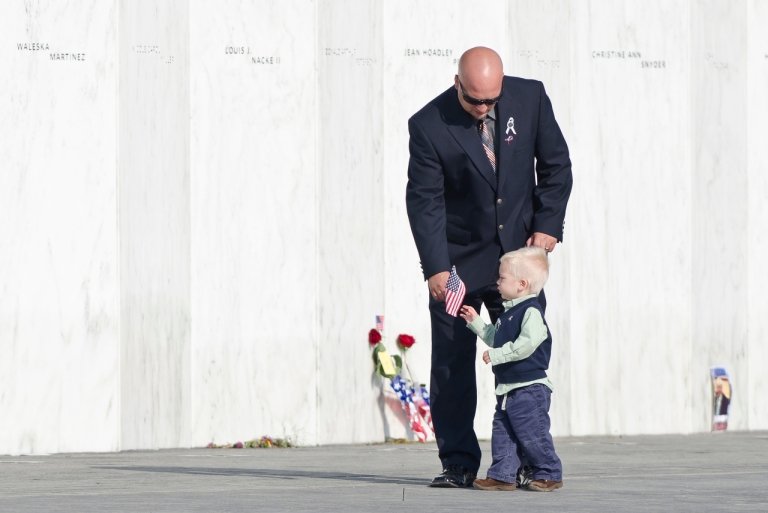 Family members of a United Airlines Flight 93 crash victim spend a quiet moment at the Flight 93 National Memorial's Wall of Names near Shanksville, Pa. The wall was constructed in memory of the 40 passengers and crew who died as the plane crashed on Sept. 11, 2001. Thousands gathered at the site on Sunday, Sept. 11, 2011 to mark the 10th anniversary of the terrorist attacks. / Photo by Andy Colwell 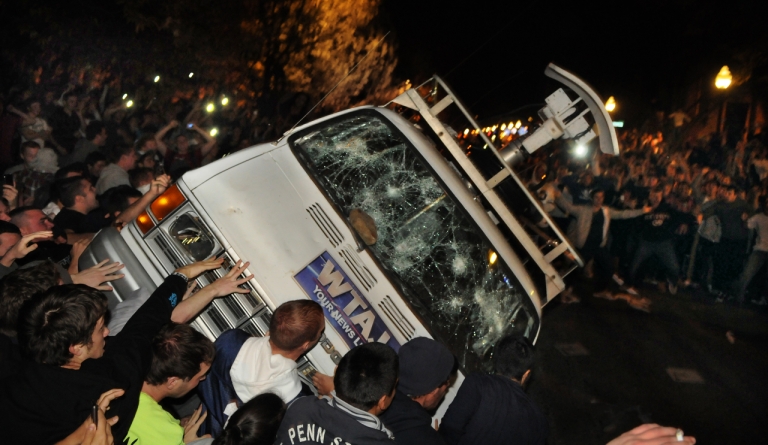 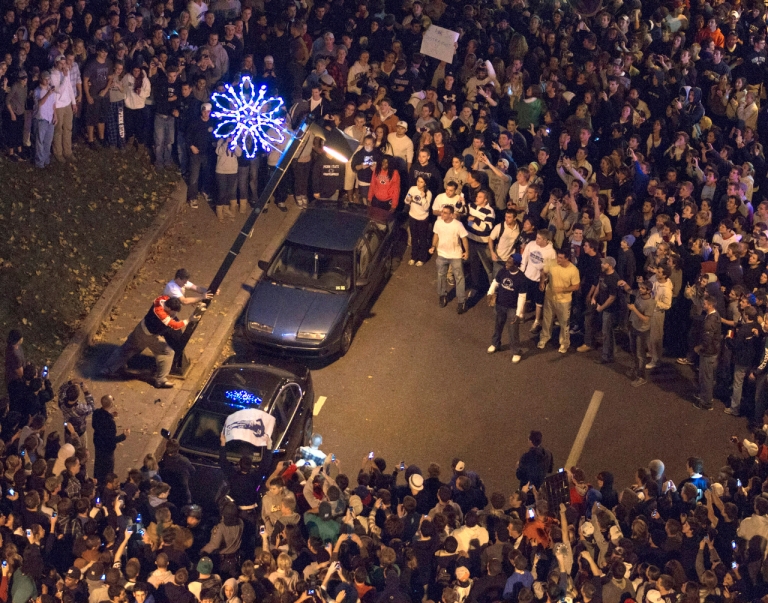 Young men attempt to tear down a lamp post on Beaver Avenue in State College, Pa. after the Penn State Board of Trustees announced the firing of legendary football coach Joe Paterno on Wednesday November 9, 2011. / Photo by Sara Matulonis 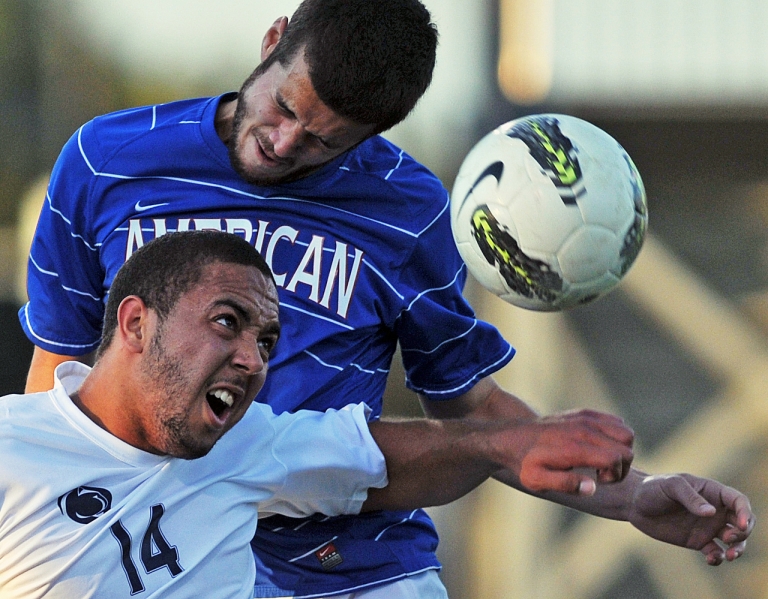 Penn State's Marvin Ledgister (14) heads the ball while fighting off American University's Adem Gokturk (5) during the Nittany Lions' 2-0 victory over the Eagles on Monday, Aug. 29, 2011, at Jeffrey Field in University Park, Pa. / Photo by Kelley King 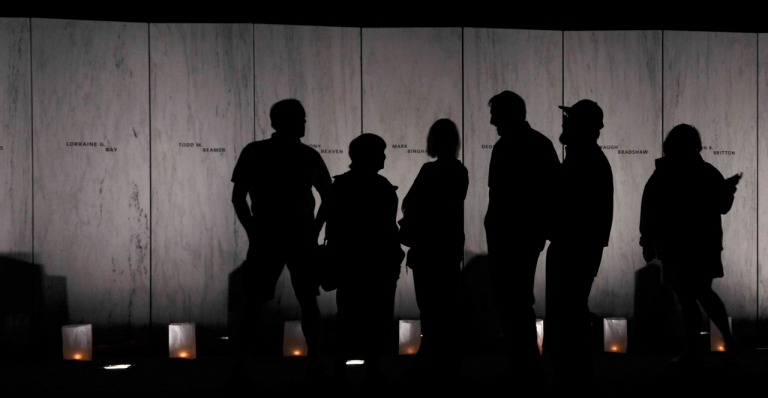 Visitors are silhouetted against the newly unveiled Wall of Names at the Flight 93 Memorial near Shanksville, Pa. September 10, 2011. / Photo by Kelley King 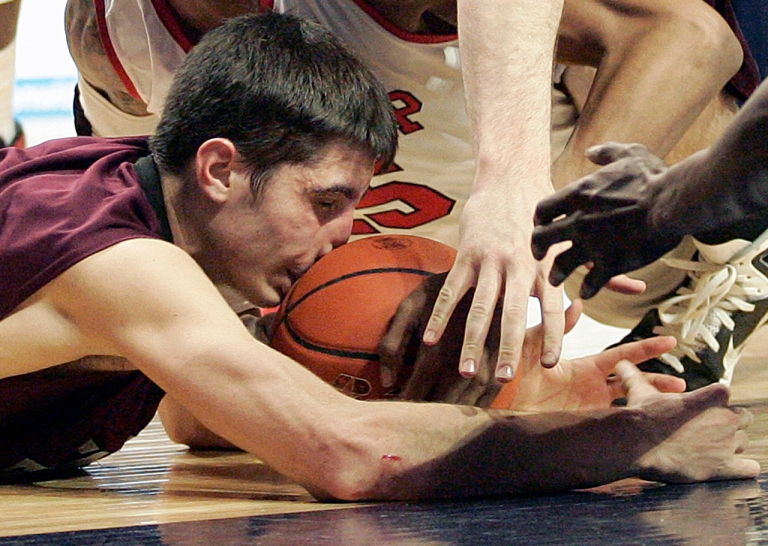 Jesse Reed, a senior on the Greensburg Central Catholic High School basketball team, dives for the ball during his team's 67-34 loss in the PIAA Championship game at the Bryce Jordan Center in University Park. / Photo by Kelley King 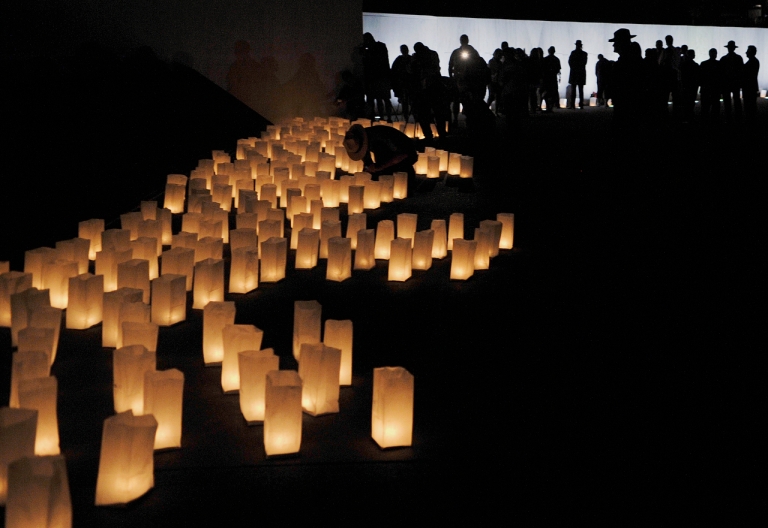 Luminaria provide a glowing path for visitors to the newly unveiled Wall of Names at the Flight 93 Memorial near Shanksville, Pa. September 10, 2011. / Photo by Kelley King 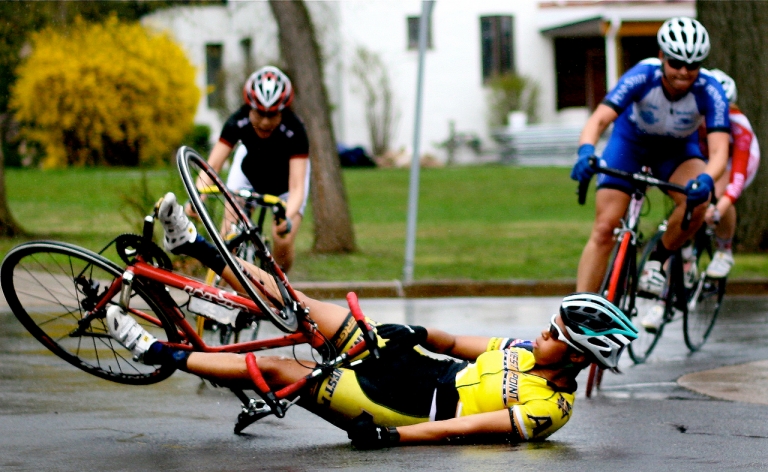 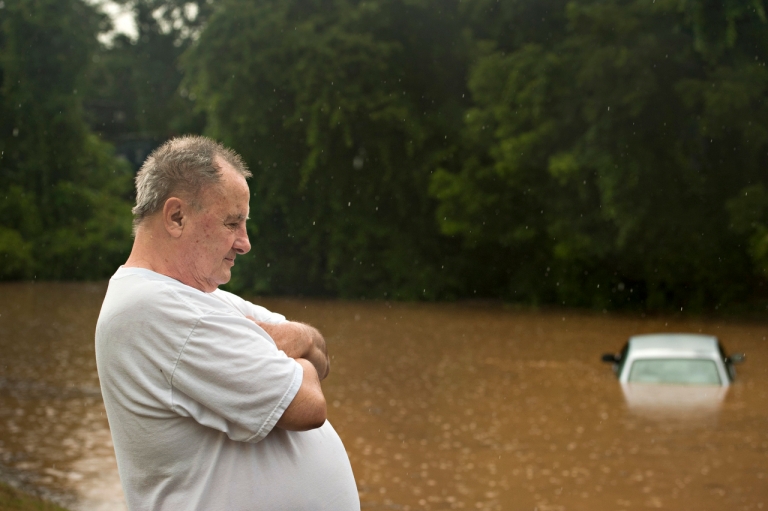 A frustrated Ira Taylor of Harrisburg said he misjudged the depth of floodwaters on Grayson Road in Swatera Township on July 25, 2011. He managed to escape before his car was swept away. / Photo by Andy Colwell 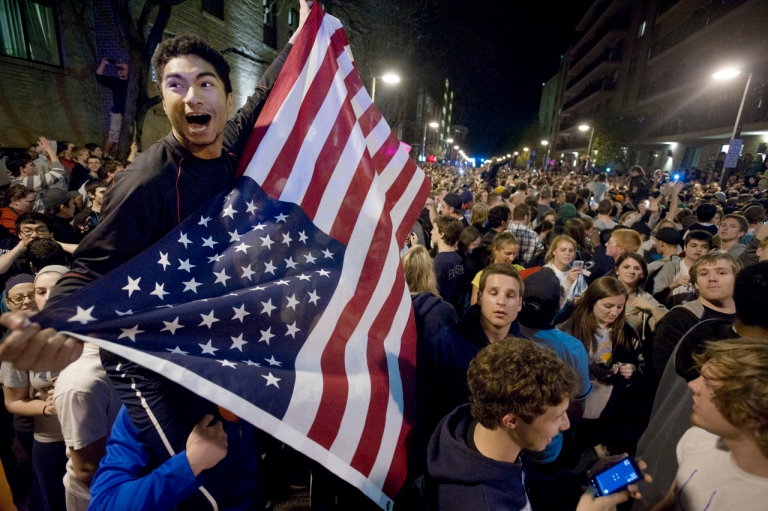 Senior Jake Librizzi displays an American flag as he sits on the shoulders of his roommate, Evan McCready, as they join more than 5,000 people in downtown State College May 1, 2011 after learning about the death of terrorist leader Osama bin Laden. / Photo by Andy Colwell 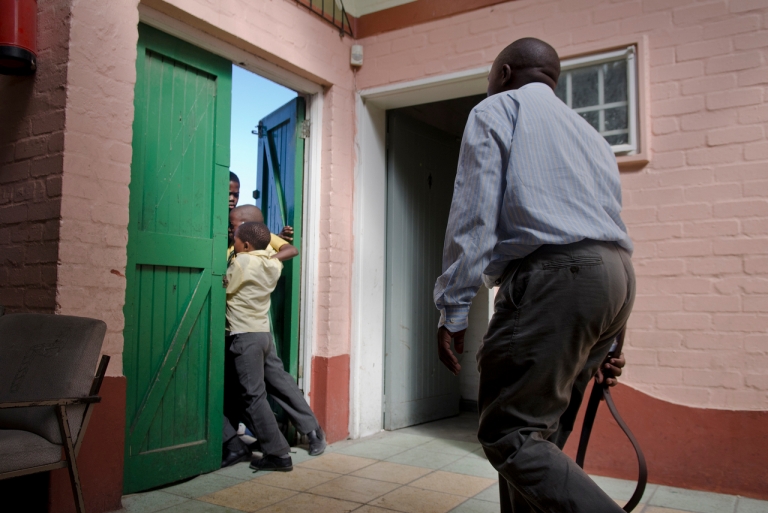 School children rush away from the belt wielded by Sabelo Makubalo, the interim principal of Sophakama Primary School March 9, 2011. The school is located in Cape Town's DuNoon township. In township schools like Sophakama, the belt is used for discipline. / Photo by Andy Colwell 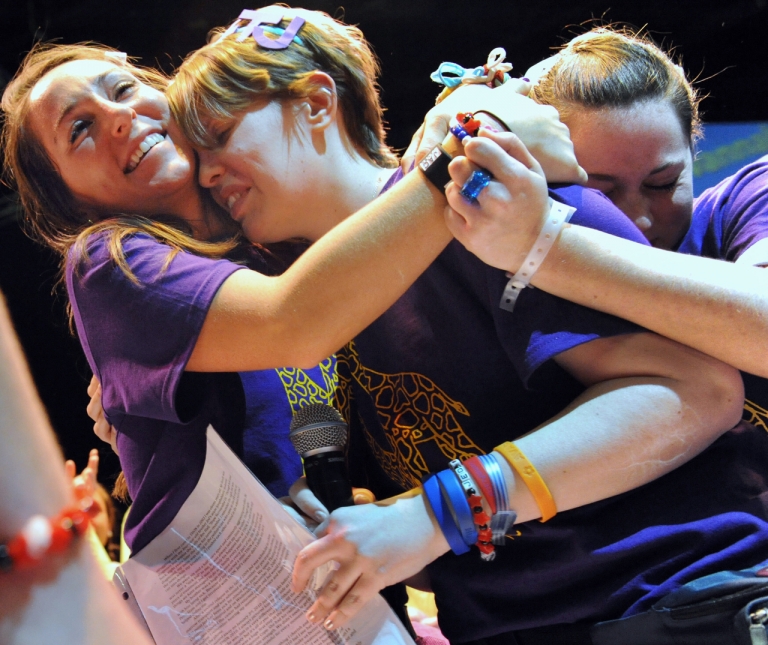 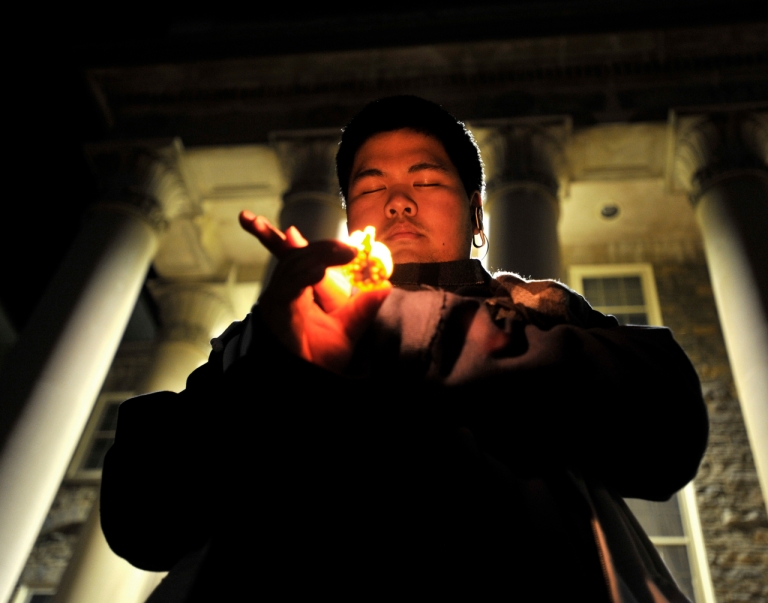 Penn State student Martin Rivera pauses for a moment of silence during a candlelight vigil for victims of child sex abuse at Penn State Friday Nov. 11, 2011. / Photo by Jill Knight 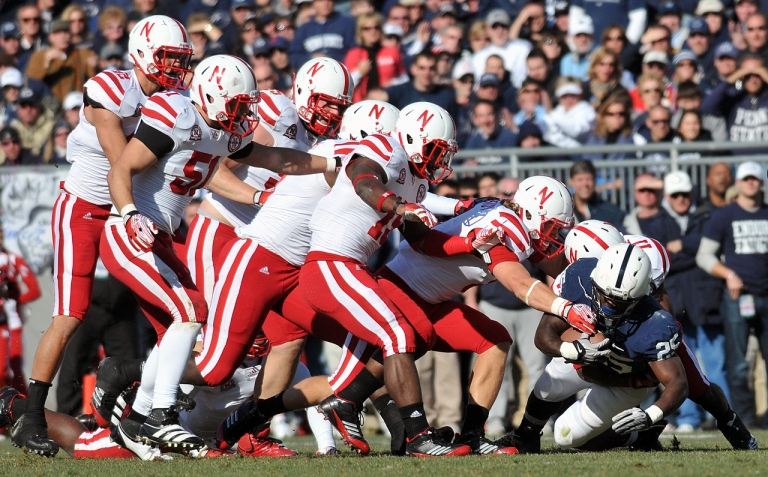 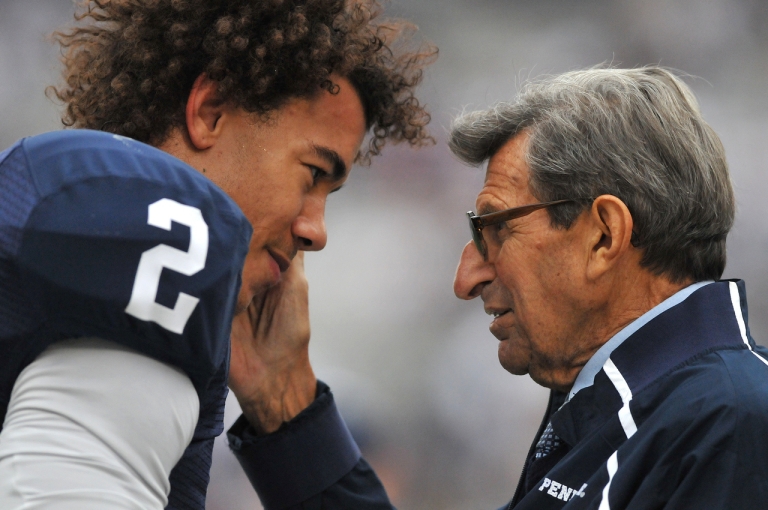 In what became one of his final games at Penn State's Beaver Stadium, legendary football coach Joe Paterno greets cornerback Chaz Powell during warm-ups for a game against Eastern Michigan. / Photo by Chloe Elmer 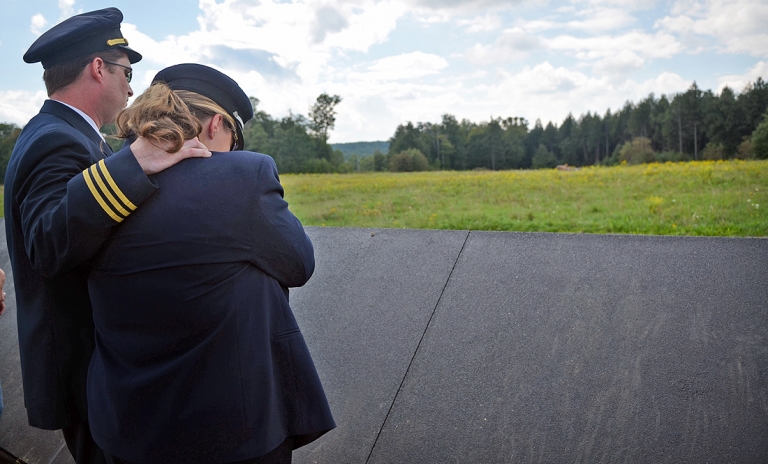 Pilot David Barr comforts his wife Crystal Barr at the Flight 93 memorial crash site in Shanksville, Pa. The Barrs travelled from Pittsburgh to attend the tenth anniversary of 9/11 in Shanksville. / Photo by Amanda August 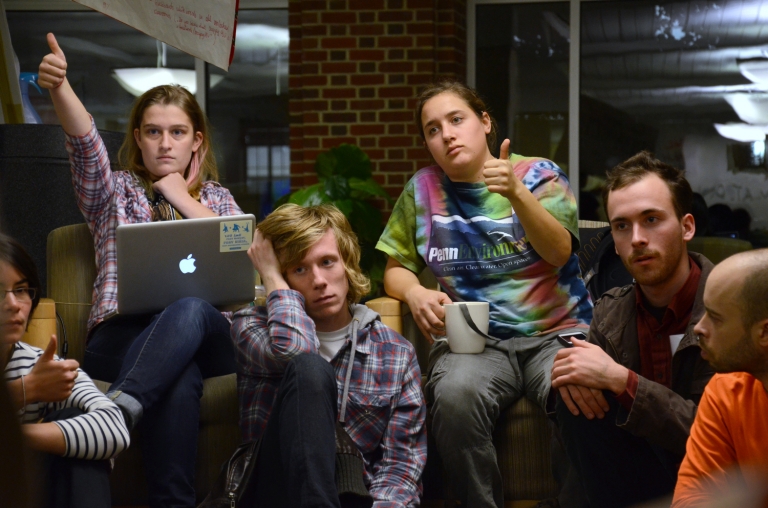 Occupy Penn State students give a thumbs up to the speaker during their month-long occupation of the HUB in November. / Photo by Sara Charles 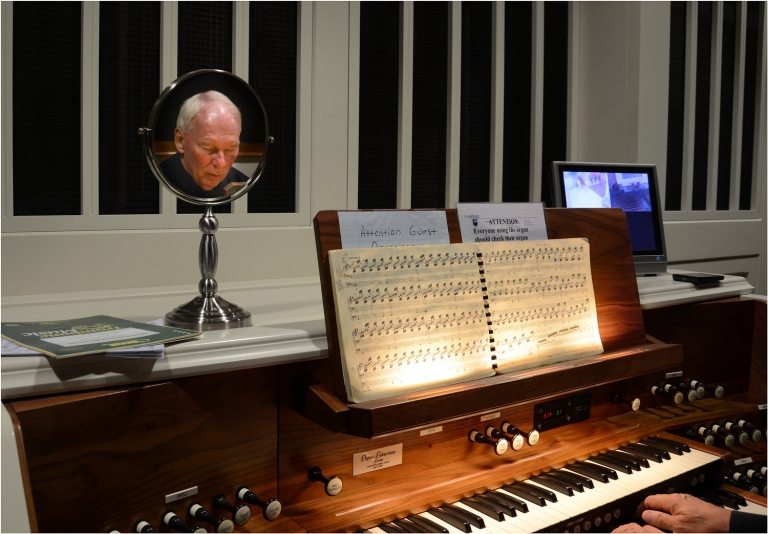 William Neil, a National Symphony Orchestra organist, rehearses for a concert in the organ loft of the Pasquerilla Spiritual Center at The Pennsylvania State University. Neil, class of 1966, was on campus to receive an Alumni Fellow Award and to perform with brass and trombone players at a Bach's Lunch event. / Photo by Brittany Stoner 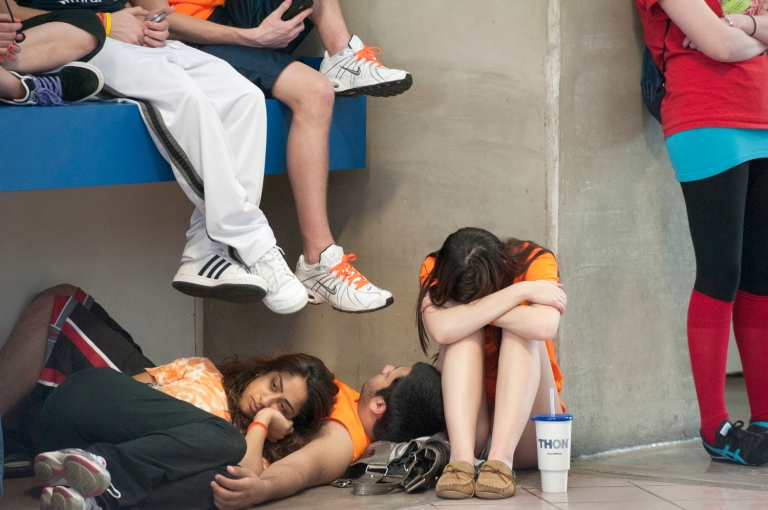