When Diane and Frank Elliott had trouble conceiving after their marriage in 1992, they chose adoption.  Ten years and eight adoptions later, the Elliott’s have the family that they’ve always wanted.  Although caring for eight special needs children on a tight budget can get tough, Frank Elliott says that they “wouldn’t have it any other way.”

Their son Vladamir, 7, was born with SOX2 anophthalmia syndrome, a rare disorder that caused him to be born without eyes and with severe developmental delays.  Althought Vladamir requires constant specialized care, he lives life with grace and calm and helps anchor the family. 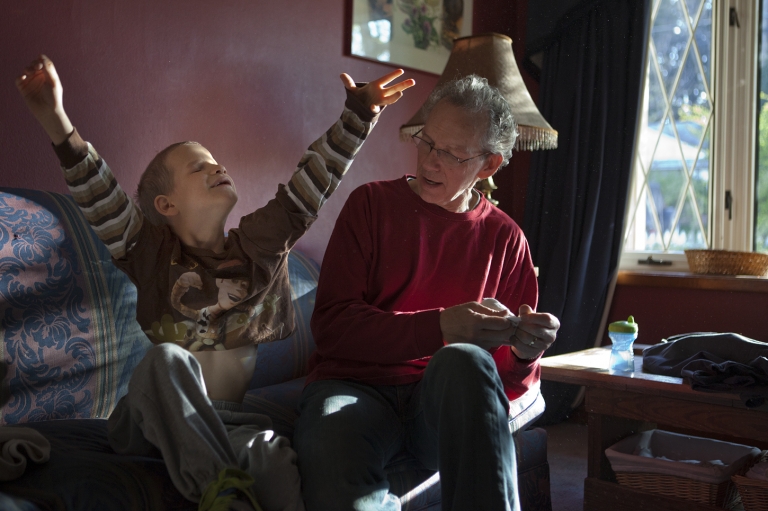 Vladdy celebrates with his father, Frank Elliott, after putting his arms into the sleeves of his shirt by himself. Frank and his wife, Diane Elliott, adopted Vladdy four years ago from an orphanage in Serbia after hearing that none of the other kids would play with him. / Photo by 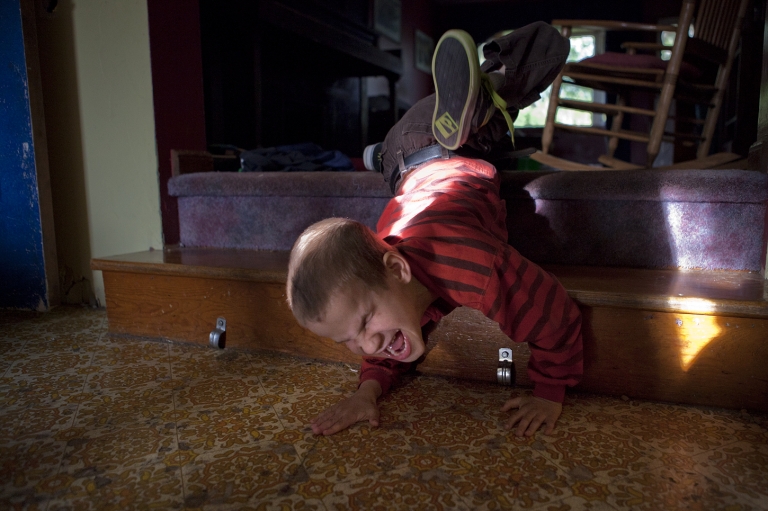 7-year-old Vladamir Elliott, affectionately nicknamed "Vladdy", laughs as he climbs down the stairs. Vladdy has anophthalmia syndrome, a rare disorder that caused him to be born without eyeballs. His disorder causes abnormal development in not only his ocular region but also other parts of his body. Because of this, his legs can bend in ways that most kids can't, making not just walking, but also crawling, quite difficult. / Photo by 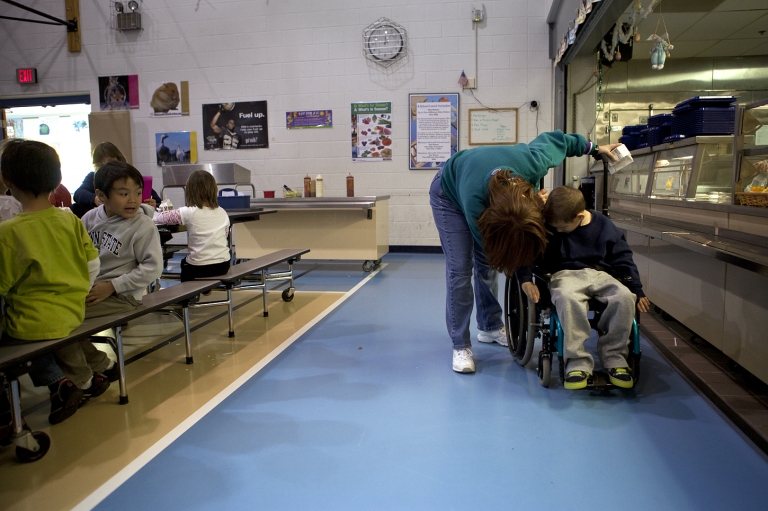 Vladdy's special learning instructor helps Vladdy order lunch. Vladdy's developmental delays make it hard for him to communicate and talk to other children, but the teachers at the elementary school have developed a yes or no system which allows him to make his own choices and even pick his lunch. / Photo by 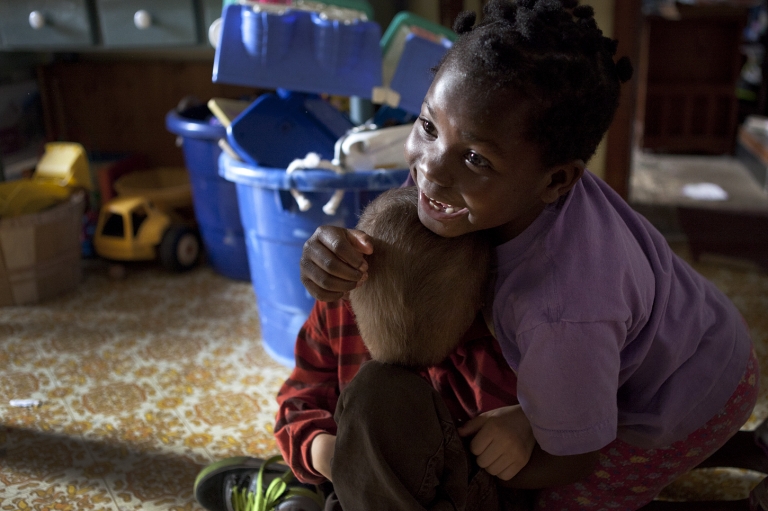 Vladdy receives a hug from his little sister, Nadine, after she apologized for accidentally stepping on his toes. Nadine was adopted with her now-brother, Manny (not shown), by the Elliotts after an earthquake struck her home country, Haiti. / Photo by 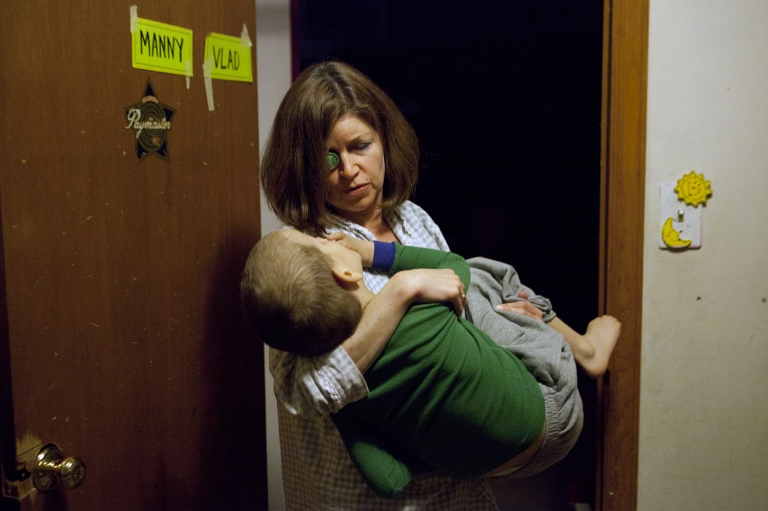 Diane Vladdy out of his bedroom late at night. Because he cannot see light, Vladdy often has trouble sleeping at normal hours, and can keep up his siblings who share his room when he is restless. / Photo by