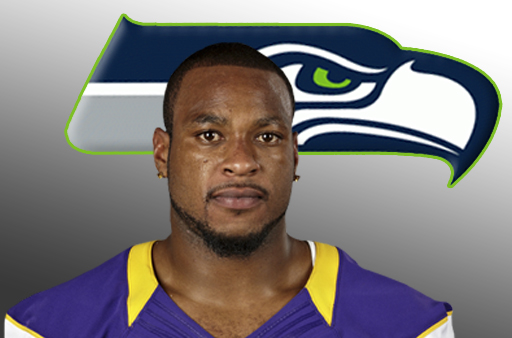 In a move that has seemed somewhat inevitable heading into this offseason, the Minnesota Vikings agreed to trade disgruntled wide receiver Percy Harvin today.

The only real question after the Vikings' playoff run ended was what suitor would offer the best package for Harvin, and today the Seattle Seahawks emerged as that team. According to Jay Glazer of Fox Sports, Seattle will send a 2013 first round pick, a 2013 seventh round pick and a mid-round pick in 2014 to the Vikings in exchange for the wide receiver.

Harvin's issues with the Vikings were well-publicized, but most of them had to do more with the direction the Vikings were going in than they did with Harvin's personality. Head coach Pete Carroll has a connection to Harvin in offensive coordinator Darrell Bevell, who coached Harvin when he was offensive coordinator of the Vikings in 2009 and 2010. It is likely that if Bevell thought Harvin was a locker room cancer that he would have steered Carroll away from making a trade.

There are other concerns with Harvin, however, and they are over his injury history. Harvin has dealt with chronic migraines throughout his career, and they have caused him to miss games and even have to be hospitalized. He also missed significant time in 2012 with an ankle injury. A long-term deal with the Seahawks comes with risks.

Looking ahead, Seattle's main focus in the draft was already going to be on the defensive side of the football, and this trade emphasizes that even more. As outlined in our NFC Team Needs article in February, the Seahawks are going to look for help on the defensive line and at outside linebacker, as well as some secondary depth. Wide receiver was the main position of need on offense, so the Seattle front office can turn its full attention to gearing up on the other side of the ball in free agency and in the draft.

Fortunately for the Seahawks, they have quite a bit of cap space heading into this offseason, so the lost first round pick won't hurt too badly. There are quality defensive players available on the free agent market, and the Seahawks can use some of the cap flexibility to address a need or two that they may have originally intended to address with their first round pick.
For Minnesota, wide receiver was already a major position of need, and this trade emphasizes this. The Vikings now have the 23rd and 25th overall picks, which gives them a huge opportunity to bring in some impact youth.

One of those picks will almost definitely be a wide receiver, and there is talent towards the end of the first round at that position.  Any weapon that can take some pressure off of MVP running back Adrian Peterson will be welcome. Tennessee's Cordarrelle Patterson, West Virginia's Tavon Austin and California's Keenan Allen are all options that could help the Vikings.
The other first round pick could be used on a guard, as the Vikings could upgrade on the line as well. Alabama's Chance Warmack and North Carolina's Jonathan Cooper would be tough to pass on if either fell to the Vikings. If not, a middle linebacker is another position of need. Alec Ogletree of Georgia would be a huge boost if he fell past the New York Giants, who have the 19th pick.

The Vikings are playing a long-term game with this move. Retaining Harvin would have probably given the Vikings a better shot to win this season, but they would have lost him for nothing at season's end. The biggest loser in this deal is Adrian Peterson, who is wasting his best years away on a team without hopes for a Super Bowl. Much of that has to do with quarterback Christian Ponder, who was underwhelming throughout the 2012 season, but it is unlikely that this is the offseason where Minnesota can address Ponder's seemingly limited ability.

As a long-term move, this trade seems to benefit both teams. The Vikings get value for a player who was certain to leave and the Seahawks get another weapon for their dynamic young quarterback Russell Wilson. These types of win-win trades are rare, and this particular one boasts savvy decisions by both organizations.

Dan Smith is a senior majoring in broadcast journalism, the Executive Editor of ComRadio and an NFL Draft Show Producer. To contact him, email des5249@psu.edu.