A small crowd gathered in downtown State College Tuesday evening to mark the first anniversary of the death of Joe Paterno. 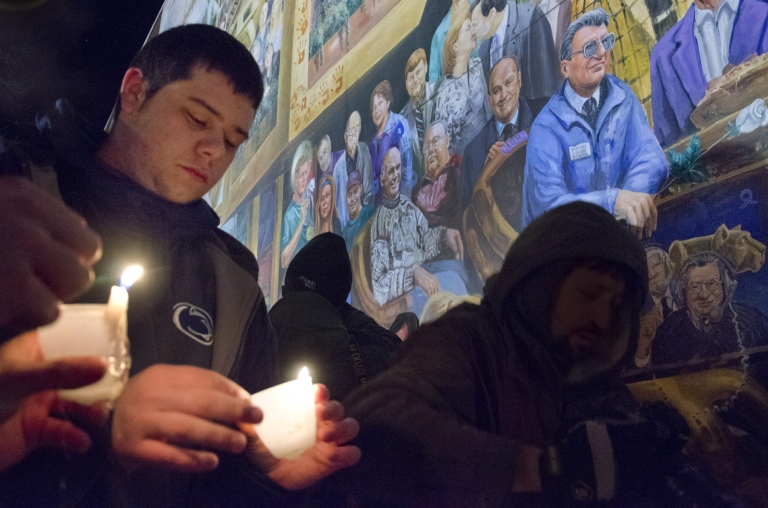