Photo posted January 19, 2012 in News by College of Communications

Students enrolled in Comm 469, advanced photojournalism, were assigned to photograph the best thing about Penn State. 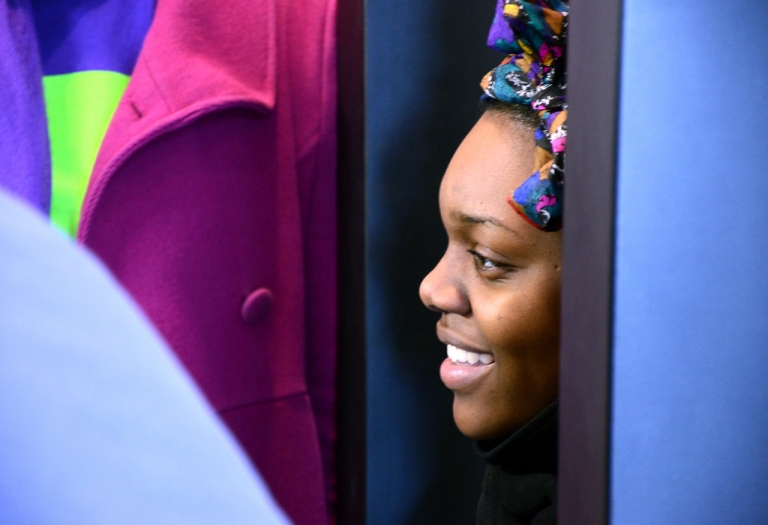 Nicolette Orji, a Penn State junior majoring in biobehavioral health, watches herself transform into a different race using the Human Race machine in the HUB Robeson Center. The machine digitally altered a photo of Orji to show her as another race. This machine was used to challenge perceptions about race. / Photo by Alina Gluck 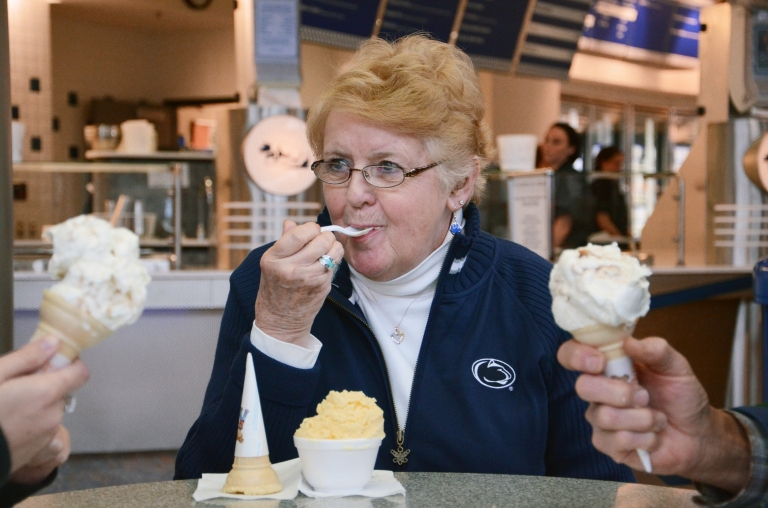 Sandy Moraski of Edinboro, Pa., enjoys a cup of ice cream at Penn State's Berkey Creamery. She was there to visit her granddaughter Kayla Fox, a freshman at the University Park campus.. / Photo by Bradley Thomas 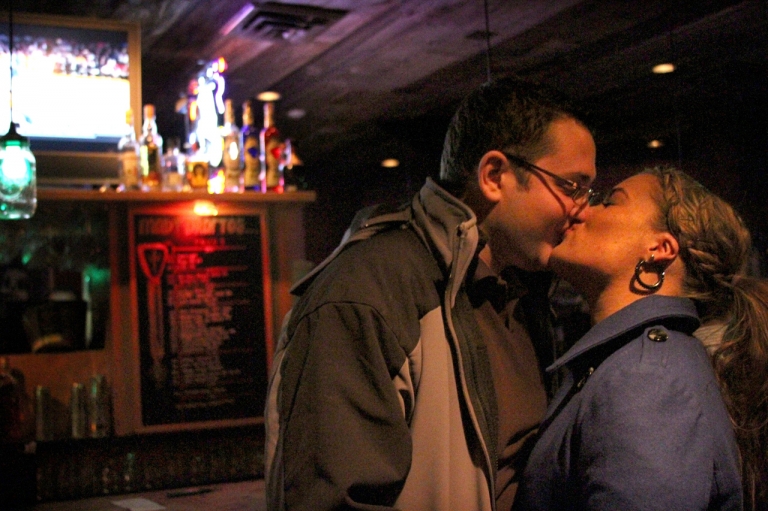 Penn State senior Jacqueline Miller leans back to receive a kiss from her boyfriend during a "Mad Mex Monday" on January 16, 2012. Relationships of all kinds are the best thing about Penn State. / Photo by Julianna O'Malley

My name is Alina M. Gluck. I am from Freeland, the highest borough in Pennsylvania. I am a senior studying photojournalism at Penn State University. I will be graduating in May 2012. I am interested in multimedia as well as reporting and photography.

Being passionate about the world, I am studying photography and design in hopes that I will be able to share my perspectives and creative eye with those around us. From creating fashion forward images in the studio to telling a photographic narrative about life, I hope to pursue a career where I use my creative interests, talents, and desire to travel to the best of my ability to make a difference.

Learning how how food gets from farm to fork