Jeff Weaver didn’t always have the body he has now.

By cutting sugary drinks, like soda, out of his diet, Weaver said he reached his weight loss goal.

While Weaver said he was addicted to soda products, he still doesn’t support Mayor Michael Bloomberg’s ban of the sale of soft drinks larger than 16 ounces in New York City.

“I don’t think it’s a decision that should be forced on people,” Weaver said.

In an effort to combat obesity, Bloomberg proposed that all restaurants, movie theaters, sports arenas, food carts and delis stop selling sodas and other sugary drinks in servings larger than 16 ounces. The proposal was approved by the New York City Board of Health on Sept. 13 and will take effect by March 12, unless it is blocked by a judge.

In a recent poll by The New York Times, six in 10 residents of New York said the soda plan was a bad idea, compared with 36 percent who called it a good idea.

And here, in a series of 25 interviews across the Penn State campus, 15 students stood firm that the proposal was not a good idea for New York.

Vikky Hindle said she believes the proposal will “backfire” because people will find alternative ways to consume the same amount of soft drink.

Instead of people cutting back on sugary drinks, people will buy more of the same product, Hindle, a junior from Stormstown, Pa., studying nutrition, said.

“I feel that it’s definitely important but you shouldn’t force anyone to make changes in their social life that they aren’t comfortable with,” Hindle said.

For Heather Maggi, a senior from Athens, Pa., studying film, banning larger sizes of sugary products is a great way to combat obesity.

Soda hasn’t crossed Maggi’s lips since high school, which is when she replaced the beverage with water.

“I think water is the best option all the time,” Maggi said. “It’s refreshing and delicious, so save your money and stay healthy.”

Some students said the proposal would cut out the convenience of buying larger drinks at restaurants.

Reid Peterson, a freshman from Doylestown, Pa., studying finance, said it’s unreasonable to sell sugary beverages in large containers because of the harmful health habits it could create.

“People are all about convenience, so if you don’t even offer it, then less people will take it,” Peterson said.

Though this proposal won’t affect students at Penn State, Shea Hicks, a junior from Enola, Pa., studying chemistry, said Bloomberg’s proposal could have a domino effect in other states.

If a proposal similar to Bloomberg’s made it to Pennsylvania, Hicks said she would fight it.

“The guy is going to step in and say what we can and can’t eat,” Hicks said. “This is too much government power.” 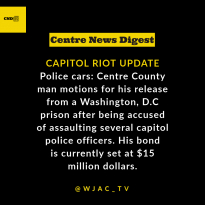 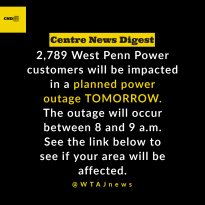 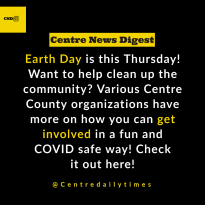