From meteors at sunrise, to the Night to Shine Prom. The Little League World Series to the center of three of the world's religions in Jerusalem. Photojournalism students in the Bellisario College of Communications documented the year in photos on campus and on the other side of the world. 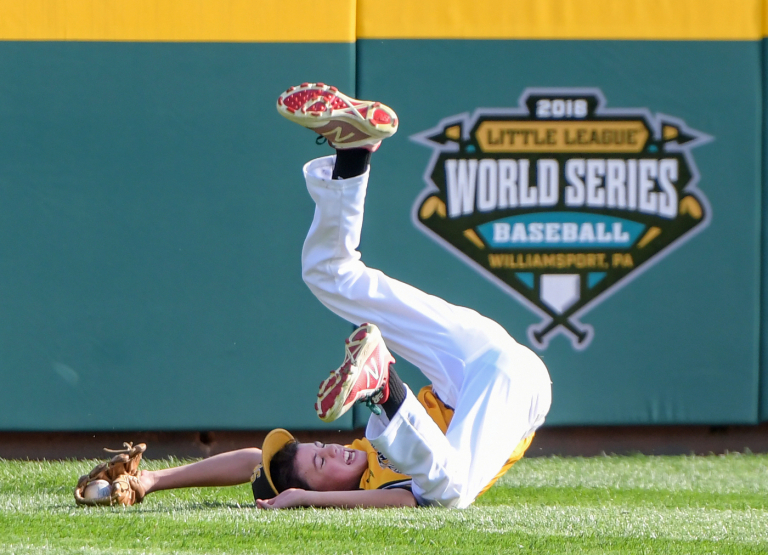 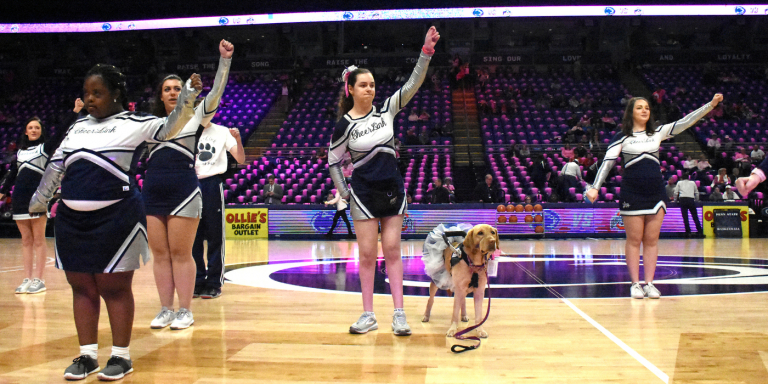 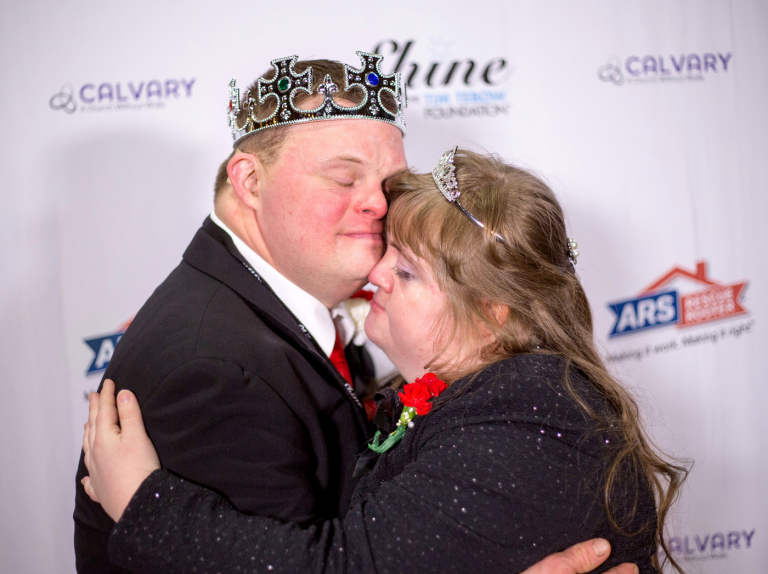 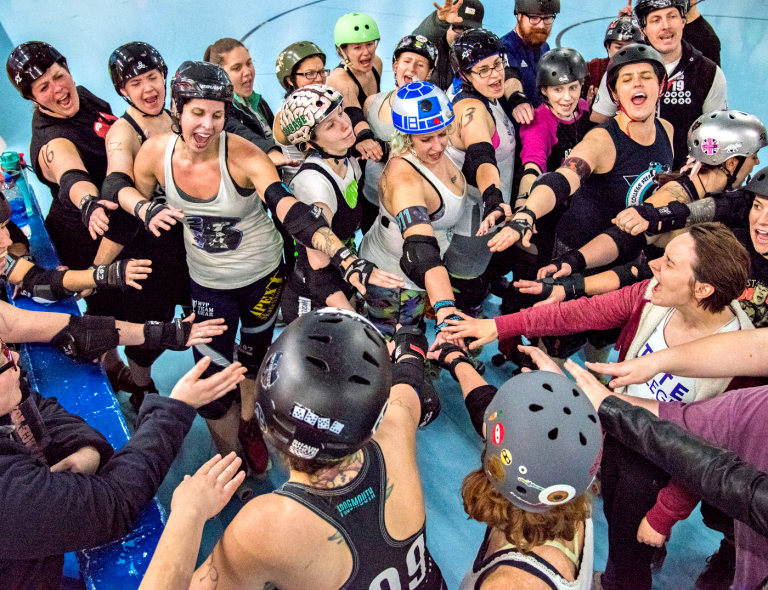 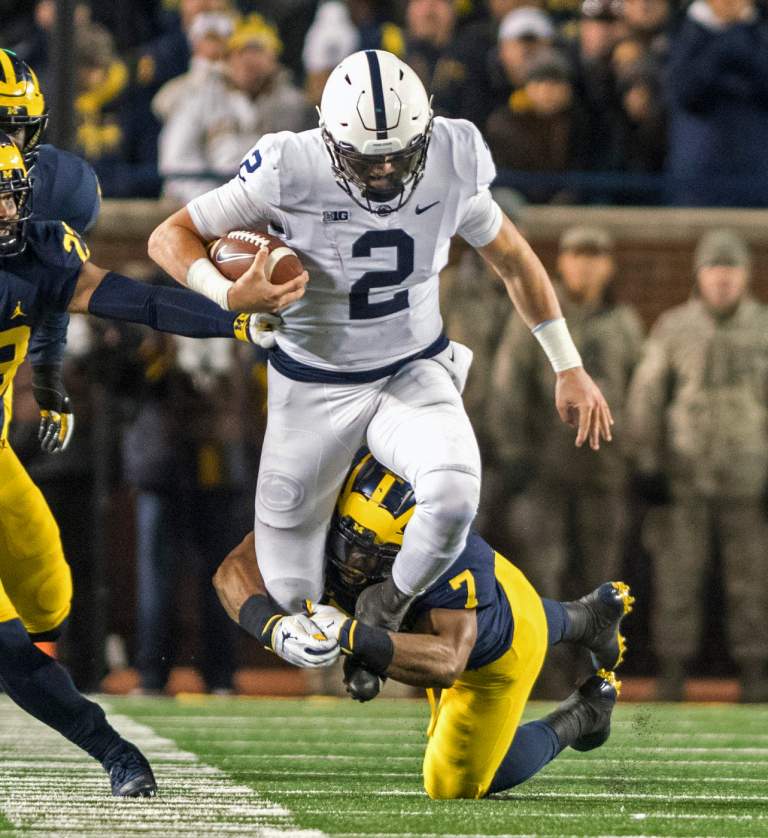 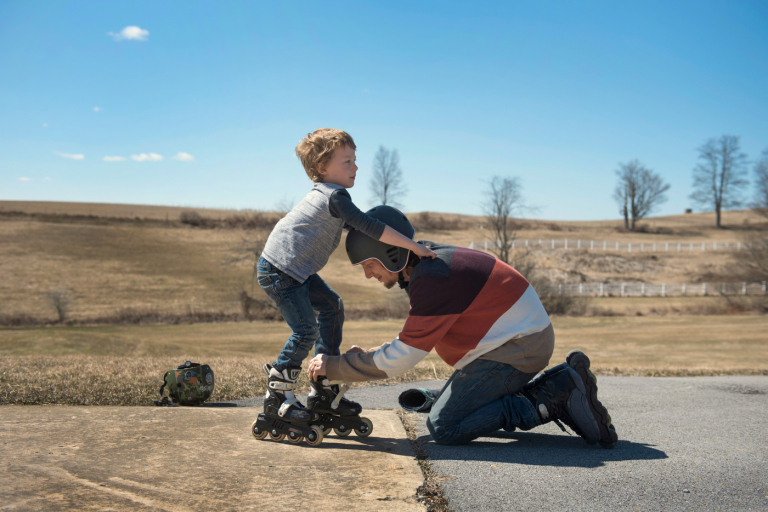 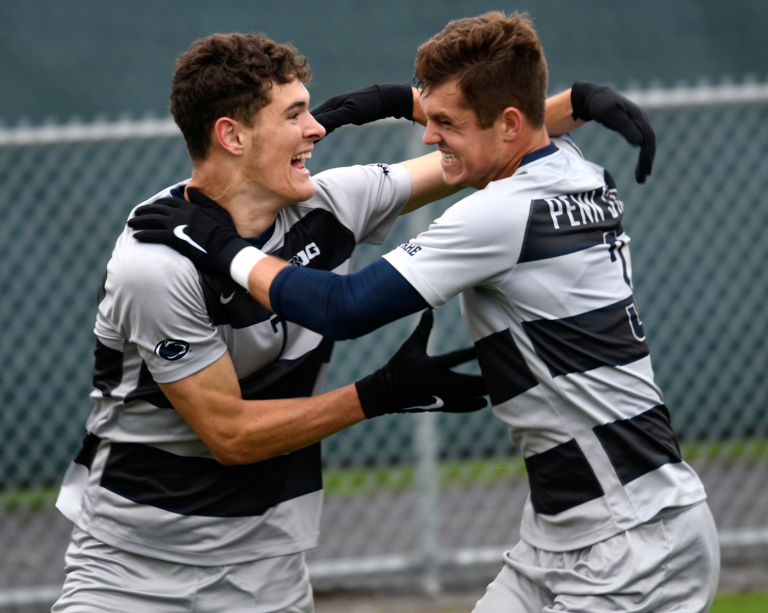 Penn State Soccer forward Jeremy Rafanello (7) celebrates his goal with teammate Brandon Hackenberg (3) during the first half of a match against Wisconsin at Jeffrey Field at Penn State. Penn State defeated Wisconsin, 1-0. / Photo by Jessica Cartwright 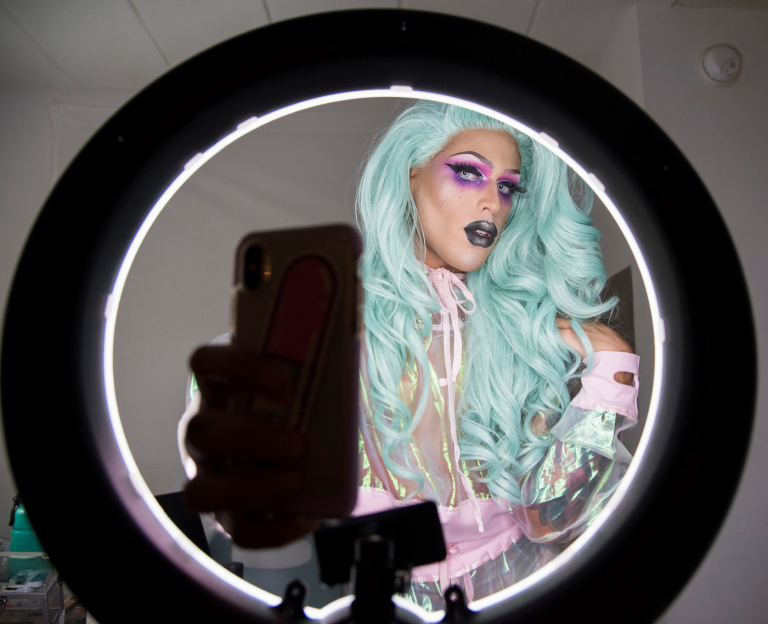 Christopher Castro is a 21-year-old Penn State senior majoring in science. In addition to his school work, Castro performs at various venues as his drag persona, Hexxa. After tearing his hamstring in two places in October of 2017, Castro feels like he's back and better than ever after having surgery and going through a ten-month recovery period. Castro now has his sights set on auditioning for RuPaul's Drag Race and moving to a bigger city after graduation. Hexxa takes a selfie after finishing practicing her makeup in her apartment in State College, Pa. / Photo by Caitlin Lee

Meiying Dong, 94, came to the United States 21 years ago to care for her daughter and newborn grandsons. She now lives with her family members and her cats in an apartment in Queens, New York. / Photo by Anqi Wang 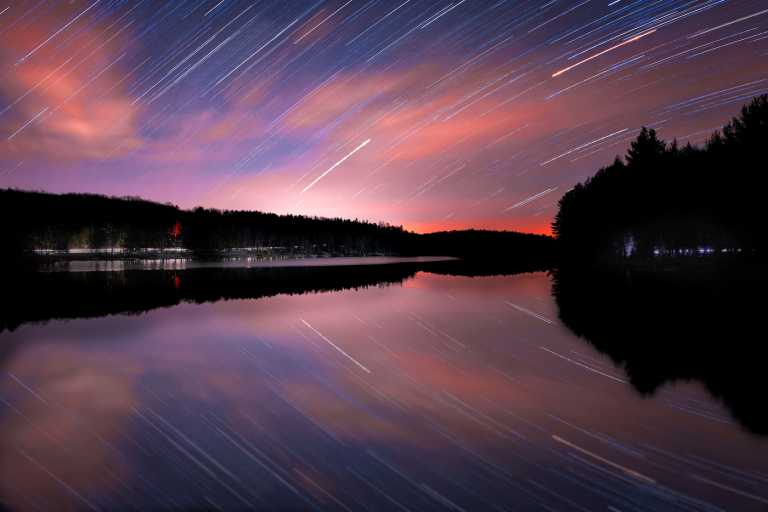 Multiple 30-minute exposures made before dawn on Earth Day, Sunday, April 22, 2018 capture the Lyra meteor shower in Black Moshannon State Park in Pa. Meteor showers may produce between 15 and 100 meteors per hour. / Photo by Yutong Zhou 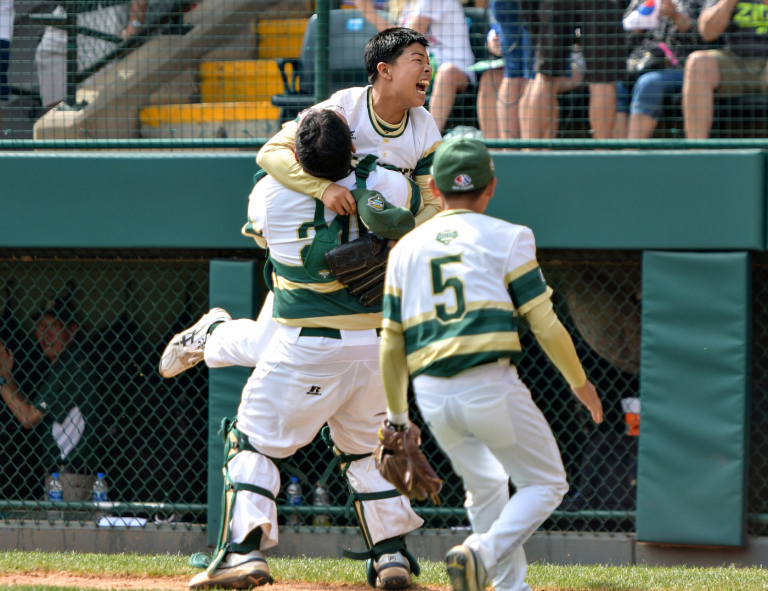 South Korea pitcher Yeong Hyeon Kim, is hoisted into the air by catcher Gi Jeong Kim as they celebrate their 2-1 victory in the International Championship baseball game against Japan at the Little League World Series tournament in South Williamsport, Pa. / Photo by Eric Firestine 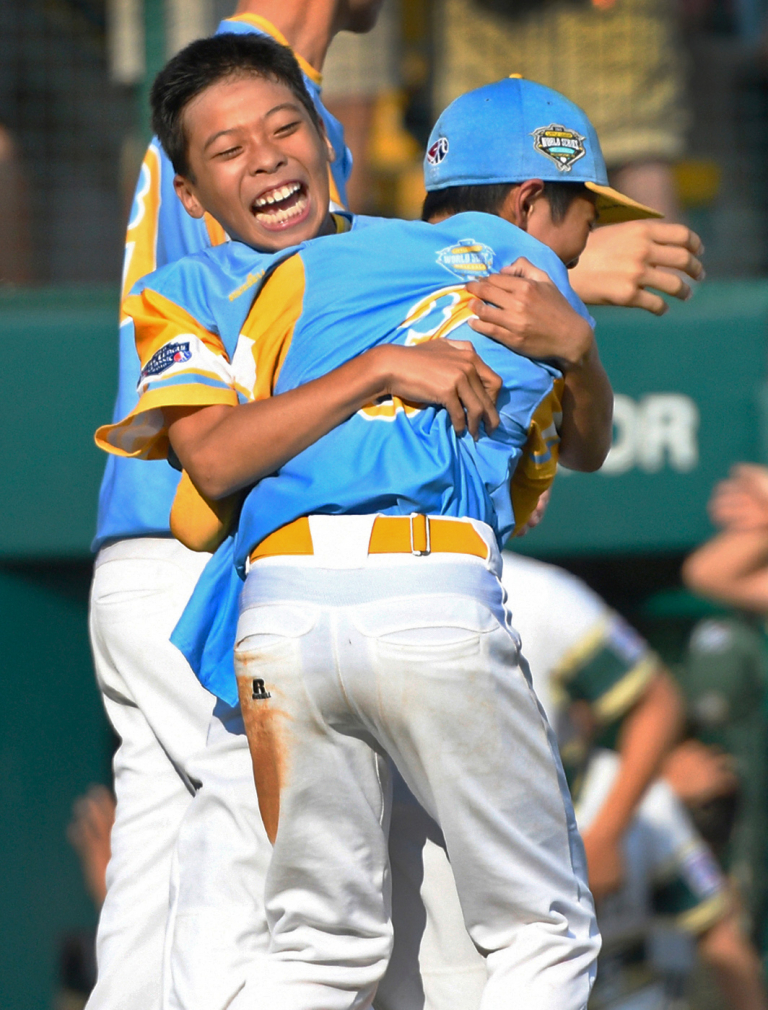 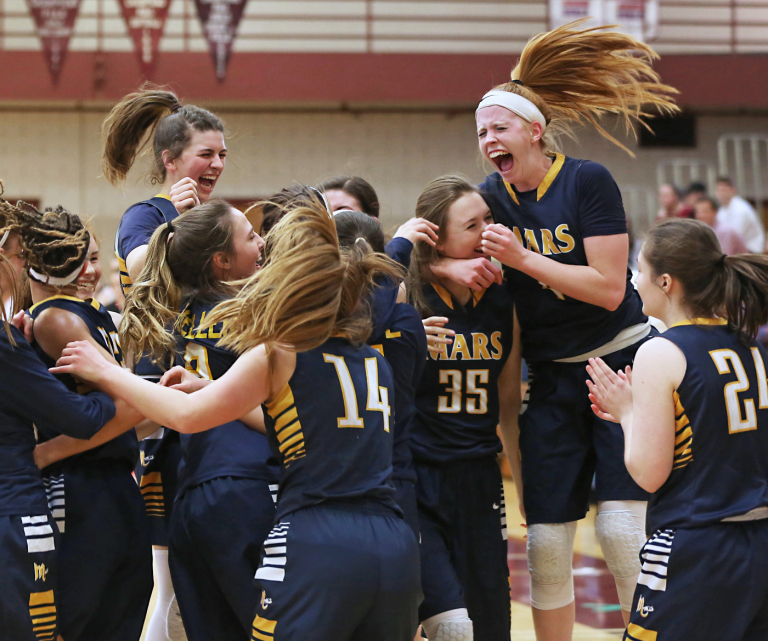 The Mars High School girls basketball team celebrates after defeating Archbishop Carroll, 52-39, in the semifinals at State College Area High School. Mars secured a trip to Hershey to play for the State 5A girls title.  / Photo by Georgianna DeCarmine 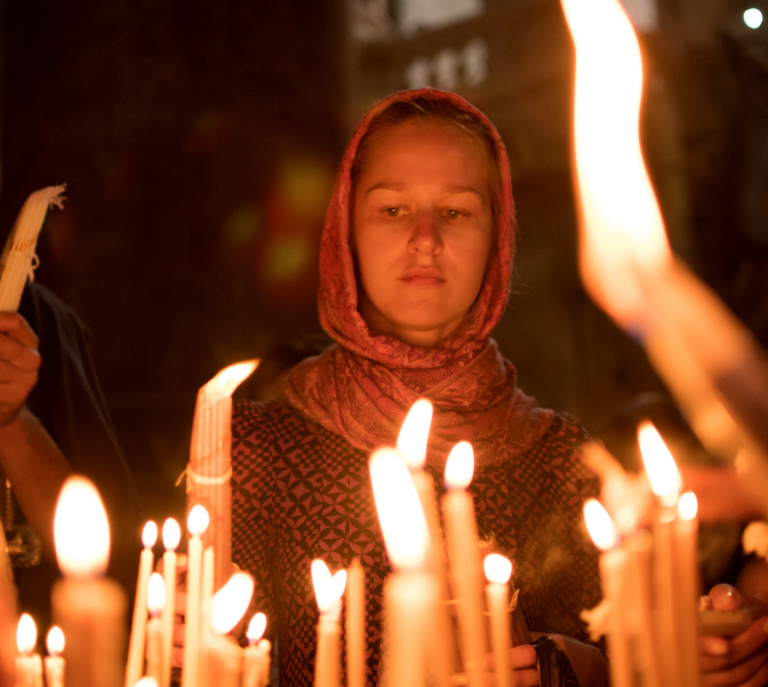 Anna Guschina, of Russia, lights a candle at the Church of the Holy Sepulchre in the Old City of Jerusalem, Israel on March 7. Guschina lit the candle to bring goodness to her life. “[It] means that God forgives us.” / Photo by Kat Procyk 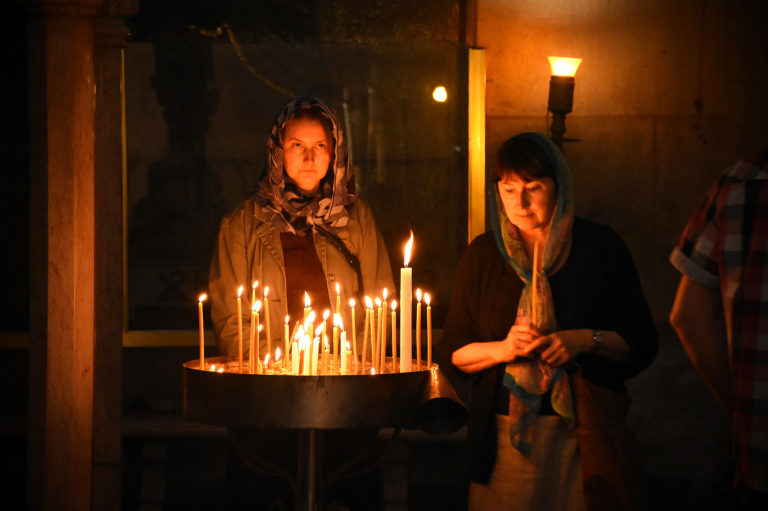 Worshipers stand with votive candles in the Church of the Holy Sepulchre in Jerusalem. The church is built on what's believed to be the site of the tomb of Jesus. / Photo by Giana Han 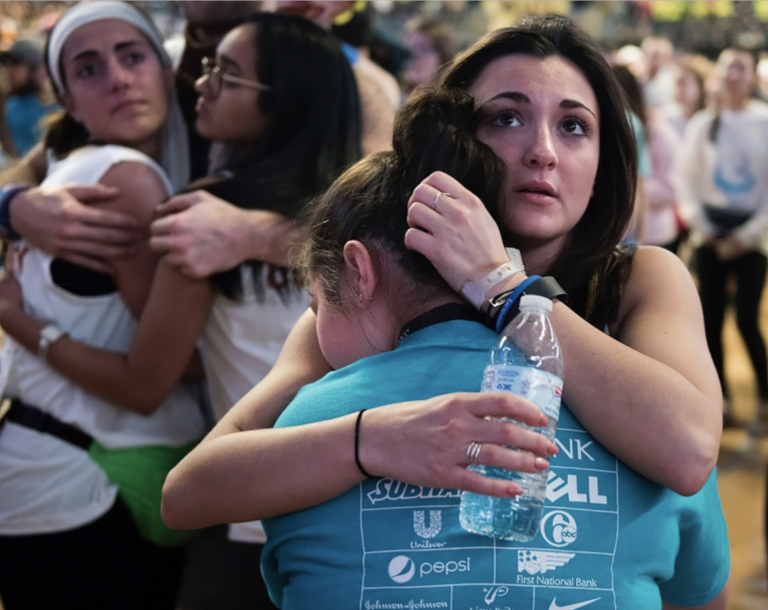 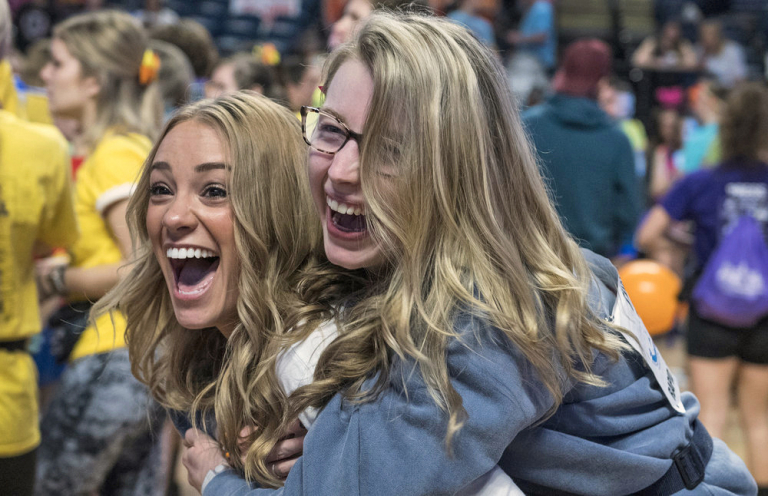 THON dancer, Daniella DeLaCruz of the Penn State Lion Ambassadors, right, jumps on fellow THON dancer Holly Andre’s back at THON 2018. THON, believed to be the largest student-run philanthropy in the world raises money to support familes with children with pediatric cancer, / Photo by Lexi Lehman 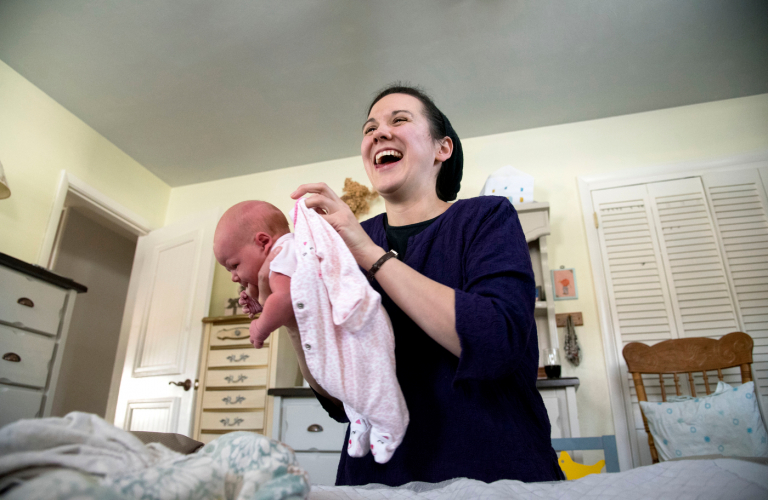 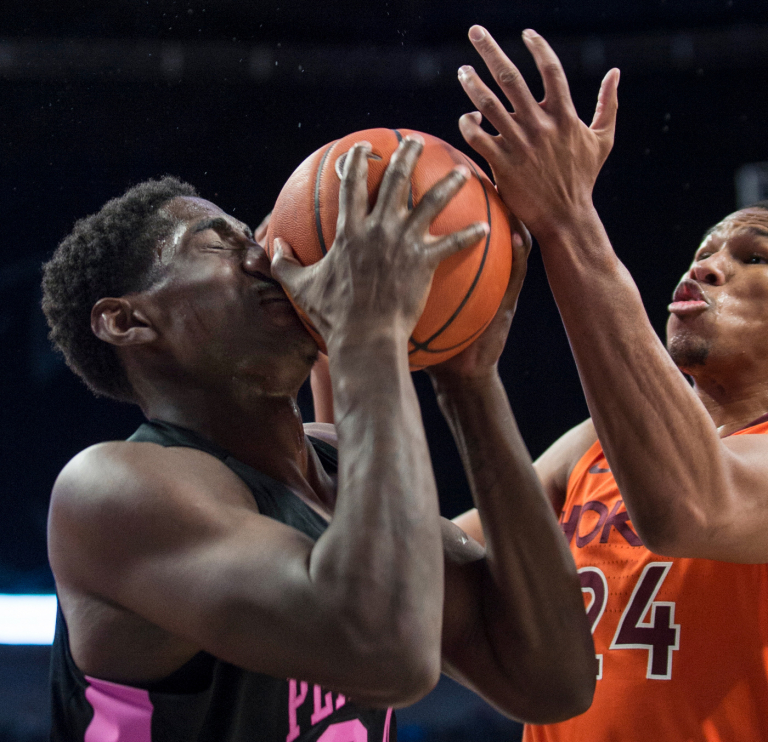 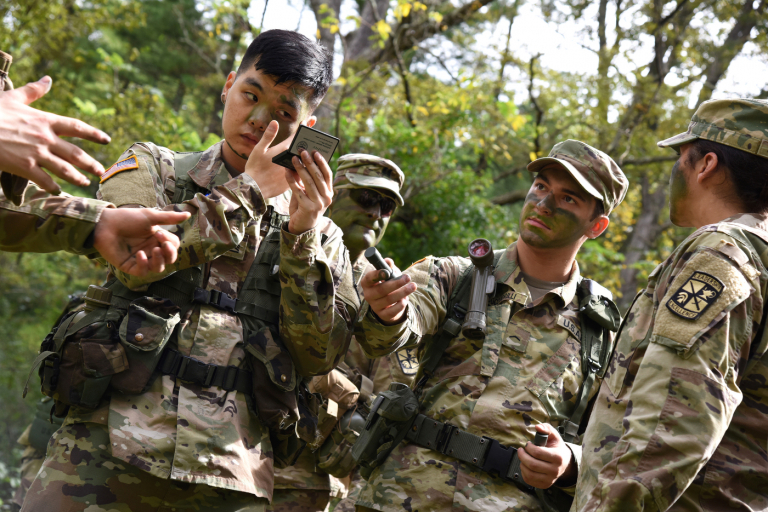 Penn State Army ROTC cadets apply face paint during their field training exercise on the University Park campus. After their face paint was applied, cadets from each group tried to camouflage themselves in the woods in a competition to see who had the best camouflage. / Photo by Catrina Dubiansky 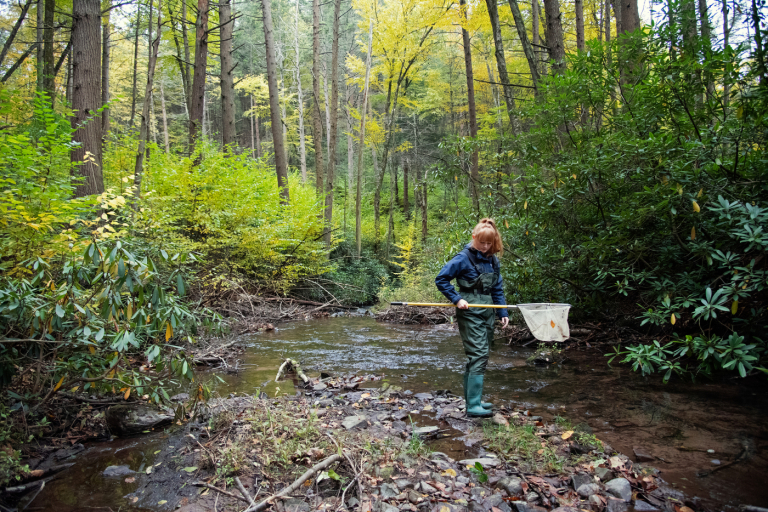 Bri Suskie, a senior majoring in wildlife and fisheries sciences at Penn State, participates in a class excursion at Shaver's Creek Environmental Center in Petersburg, Pa. / Photo by Jessica Cartwright 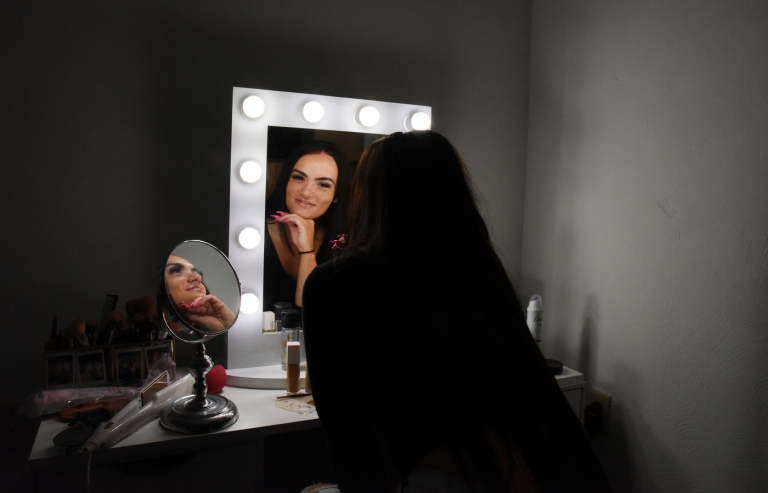 Hannah Baker, a senior at Penn State, sits at her vanity in her downtown apartment in State College late at night on a Sunday in September. Baker, who is very popular in the YouTube community, sits at her vanity when she films beauty related videos for her YouTube channel. / Photo by Catrina Dubiansky 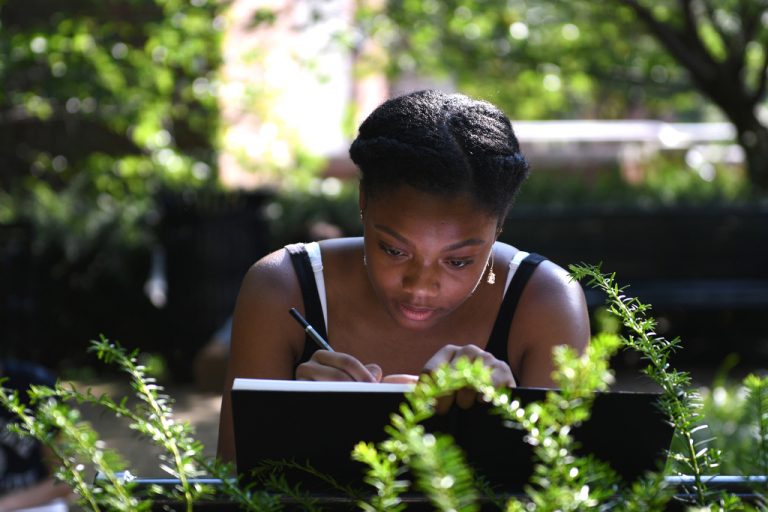 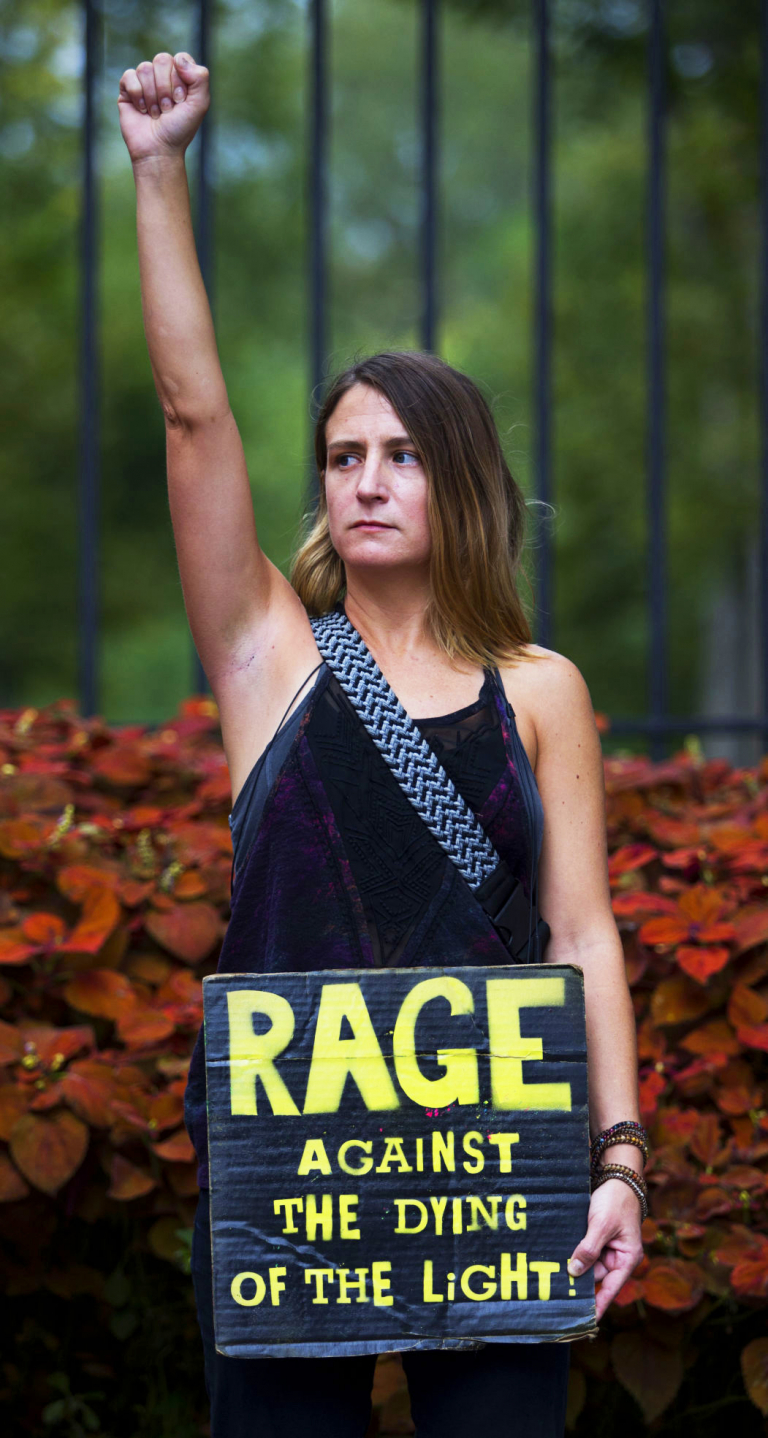 Bethany Seib from State College makes a statement during the “Cancel Kavanaugh Walkout Against Patriarchy” at the Allen Street Gates in downtown State College, Pa. on Thursday, Oct. 4, 2018. / Photo by Lindsey Shuey 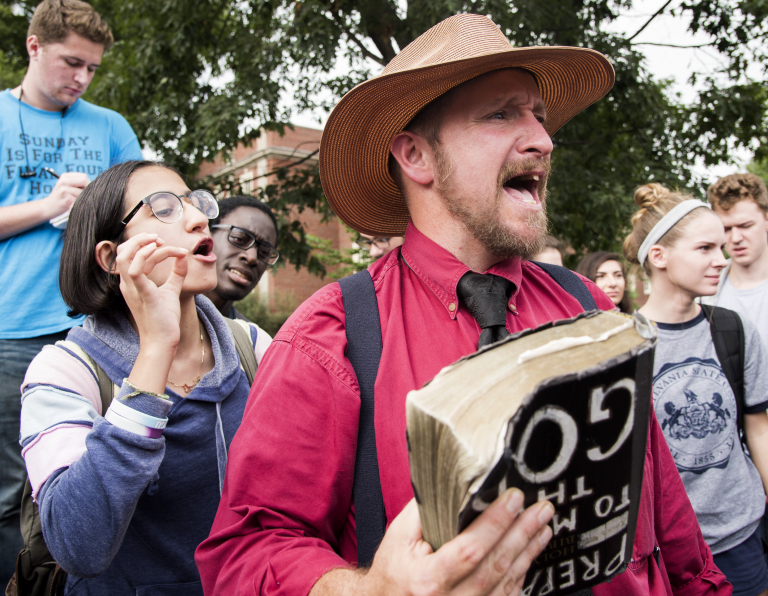 Rashele Alradaideh, a freshman at Penn State majoring in pre-med, argues with a street preacher who was speaking to a group of students about promiscuity, homosexuality, and the Bible outside of Boucke Building on the University Park campus Friday, Sept. 14, 2018. / Photo by Caitlin Lee 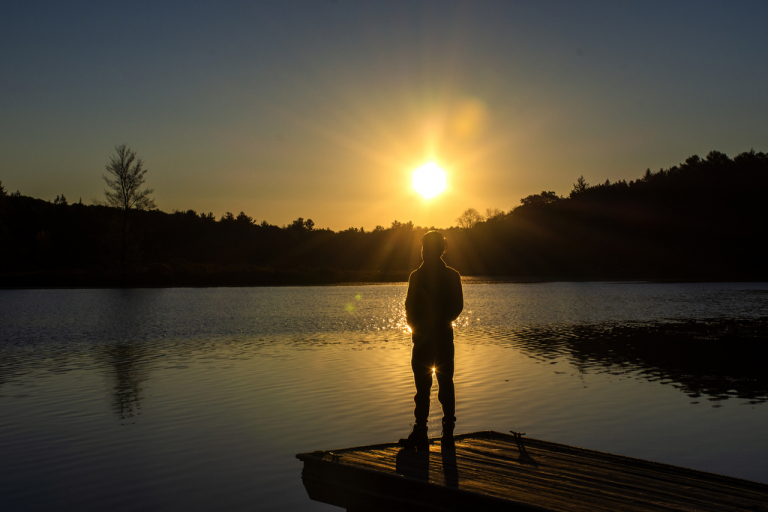 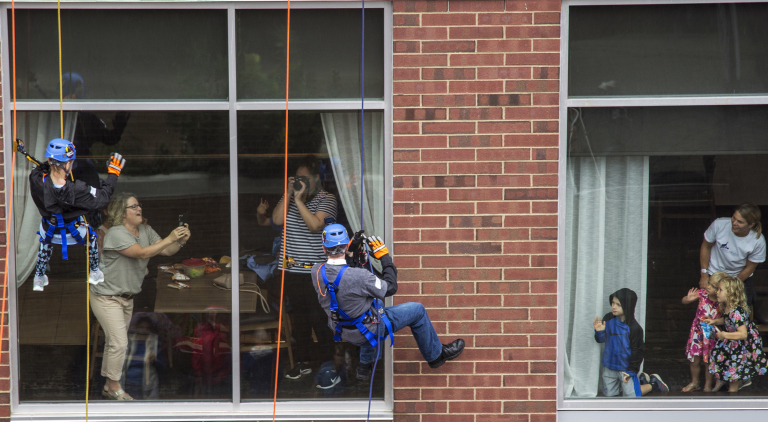 Guests and workers at Hyatt Place on Beaver Avenue in State College watch as thrill-seekers pay to rappel down the side of the hotel in the 'Over the Edge' charity fundraiser for the Interfaith Human Services and Faith Centre on Thursday, Oct. 11, 2018. / Photo by Eric Firestine