At the heart of downtown State College lies a cozy and welcoming studio called Yoga in State College. A man by the name of Doug, or better known as the White Building’s “Yoga With Doug,” runs the studio. He has been around State College for 15 years. Both his personality and passion for yoga keeps drawing more and more students -- as well as local yogis -- to the studio.

Doug’s yoga adventure began at the late age of 45. Now 63, Doug teaches both at his own studio as well as at the White Building, while simultaneously doing real estate in his hometown, Reading, Pa. He has two daughters, five grandchildren, and paints his right big toenail red – just because. While teaching yoga, Doug keeps the class engaged with both concentration and laughter. He loves to crack jokes and remind his students to not take life so seriously; yet he always states the importance of focusing on one’s own breathe, taking deep inhales and exhales regularly to flush out the old and inhale the new. His yoga advice is to remember to live in the present –not the past, not the future. 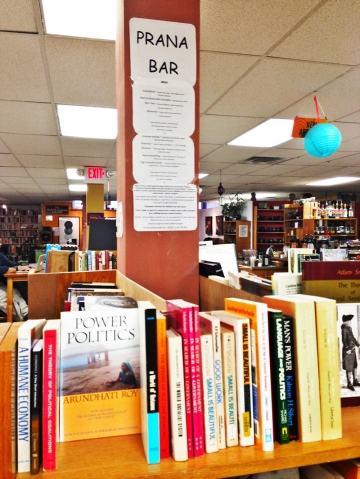 He’s even starting his own business called, The Prana Bar, and has fliers posted in Webster’s. The Prana Bar will be set up like a standard bar, but he will charge his customers $4 to teach them yoga postures or movements to relieve stress, anxiety, indigestion, migraines, or whatever his customers are suffering from.

Doug is undoubtedly an intriguing character. Although he is 63, he practices yoga every day. He says his strength and flexibility now is better than most 20-year-olds.

Video: Why the red toenail?

Doug talks a little about the significance of his red toenail and his experience at the nail salon.

My name is Christina Monteleone and I recently graduated from the Pennsylvania State University with a major in Broadcast
Journalism and a double minor in International Studies and Psychology.
I have experience working on Penn State’s TV Network,
PSN-TV. My time at PSN-TV has given me the opportunity to work both behind-the-scenes and as a host. I am also the entertainment editor and writer for Penn State’s Life & Style magazine, Valley.