The verdict from Punxsutawney: Bundle up for more winter

On a relatively warm and dry winter morning the groundhog known as Punxsutawney Phil emerged from his burrow outside Punxsutawney, Pa., and saw his shadow. Tradition says this means six more weeks of winter.

Organizers told the Associated Press that as many as 18,000 people crowded into the outdoor amphitheater at Gobbler's Knob to participate in Groundhog Day, which has been made famous by nearly 150 years of media coverage and a Hollywood movie.

For those who keep score, in the years since the event began in 1886 Phil has seen his shadow 99 times and not seen it 16 times in years in which records were kept, according to the Punxsutawney Groundhog Club's Inner Circle. 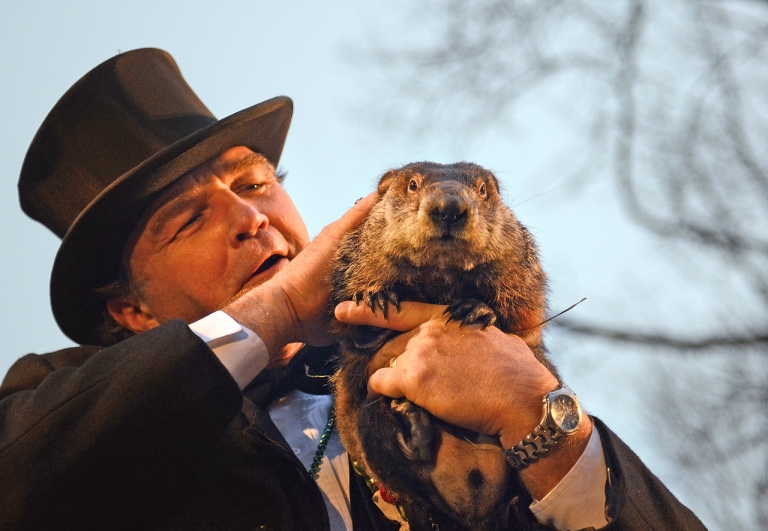 Perched in the arms of handler John Griffiths, internationally famous groundhog Punxsutawney Phil surveys a crowd of thousands of people who gathered at Gobbler's Knob outside Punxsutawney, Pa., at dawn this morning. / Photo by Amanda August 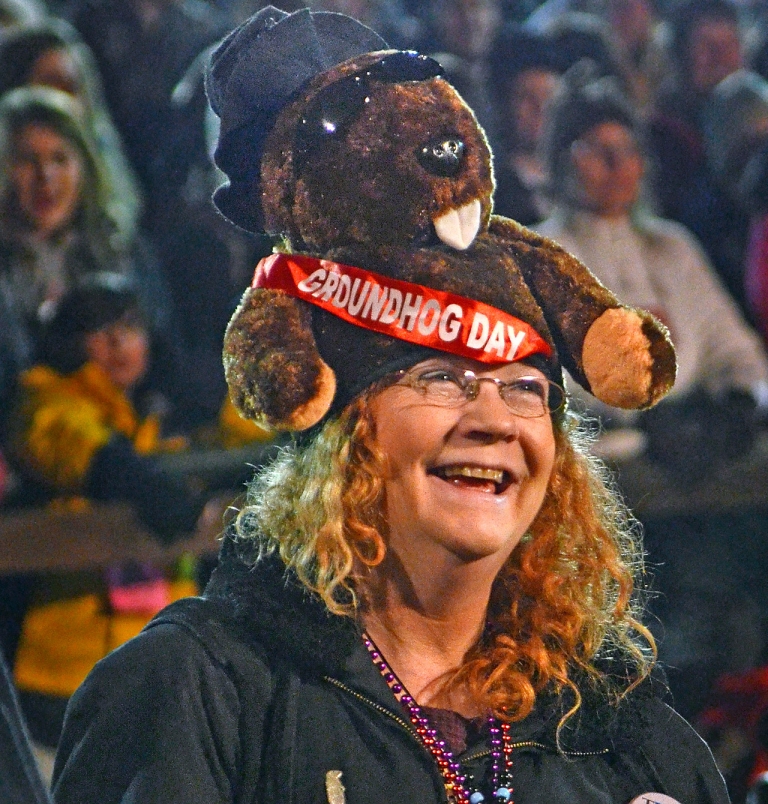 Jenny Schwartz watches the early morning entertainment at Gobbler's Knob waiting for Punxsutawney Phil to make his appearance. Schwartz recently moved from Hagerstown, Md., to Pittsburgh to be closer to Punxsutawney for the annual Groundhog's Day festivities. / Photo by Amanda August 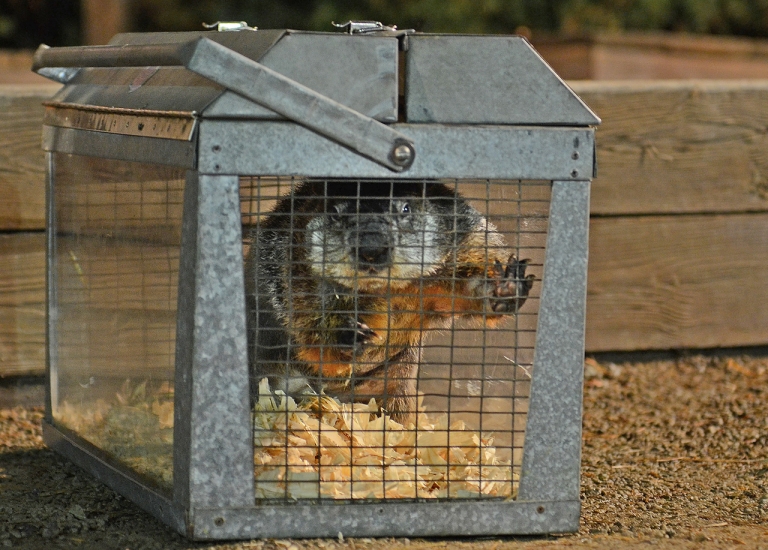 Punxsutawney Phil waits to be placed in his stump around 12:30 am this morning at Gobbler's Knob. At dawn he saw his shadow, which traditionally means six more weeks of winter. / Photo by Amanda August 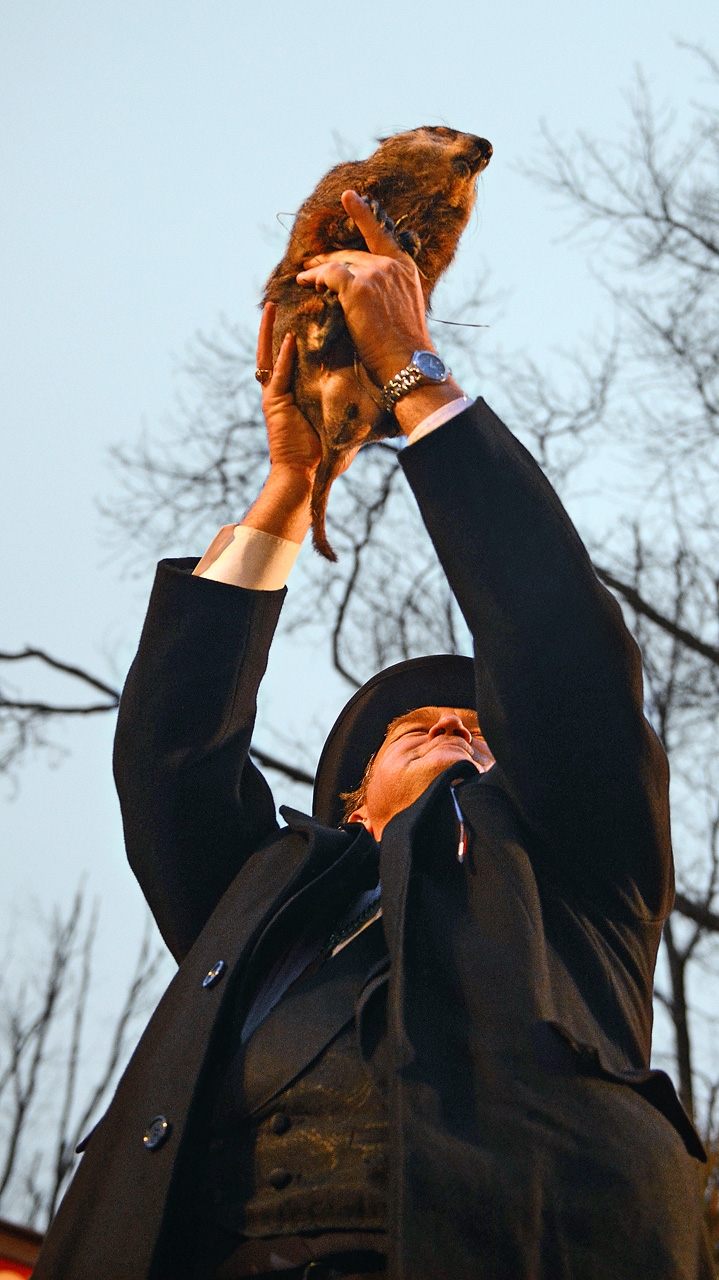 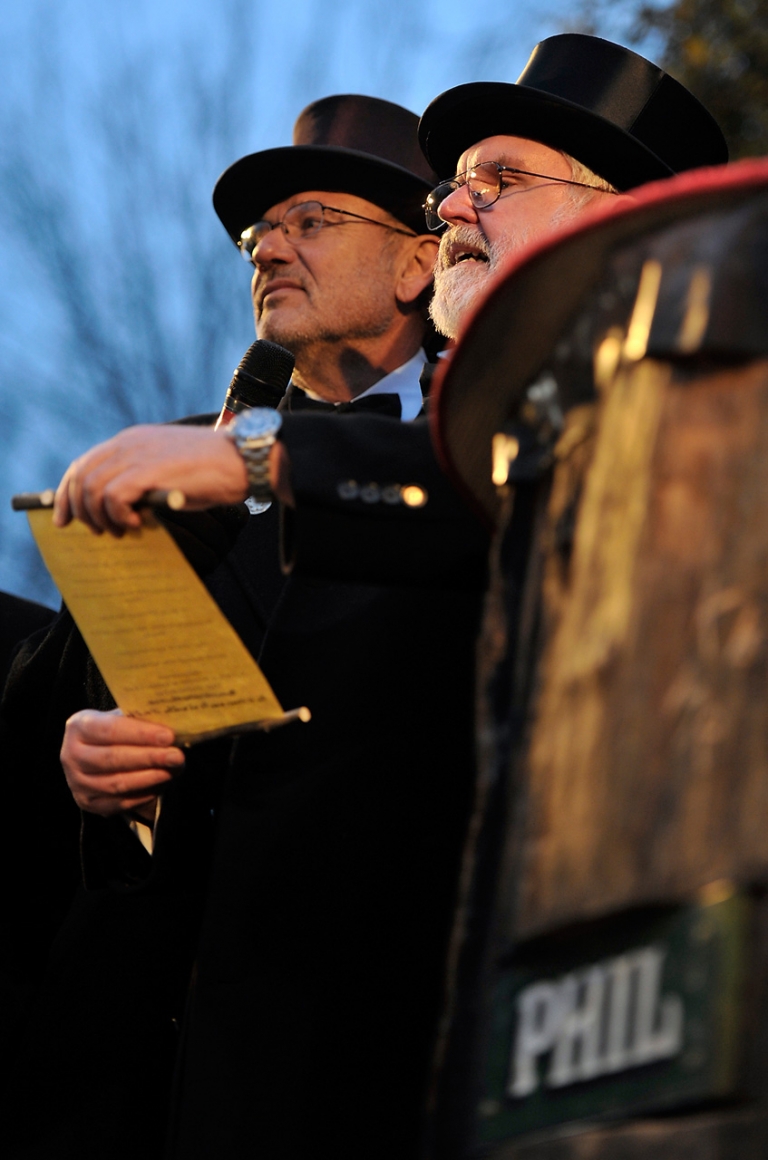 Flanked by Edward Jekielek, Inner Circle Vice President Michael Johnston reads a proclamation saying that because the groundhog saw his shadow at dawn, there will be six more weeks of winter. / Photo by Tom Ruane 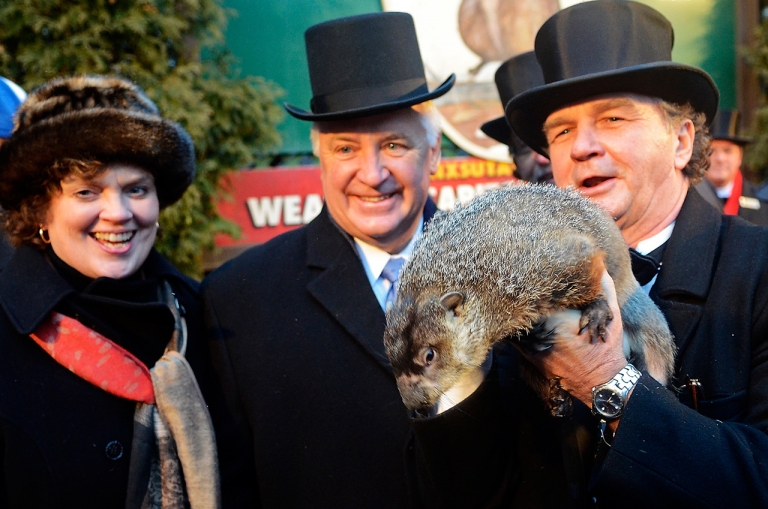 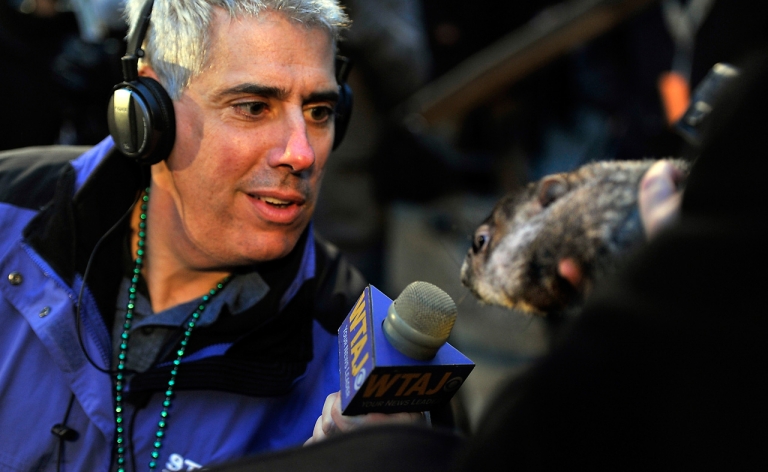 WTAJ-TV chief meteorologist, Joe Murgo awaits an answer from Punxsutawney Phil during a post-prediction interview on the stage at Gobbler's Knob. The groundhog saw his shadow, which is a prediction of six more weeks of winter. / Photo by Tom Ruane

For those waiting in line, solemn faces but warm stories