A Penn State University student majoring in printmaking, Victoria Brown says that she refers to her artistic self as “Llanakila”, Hawaiian for victory. Llanakila is a visual artist, who has no boundaries when it comes to creating a masterpiece canvas. 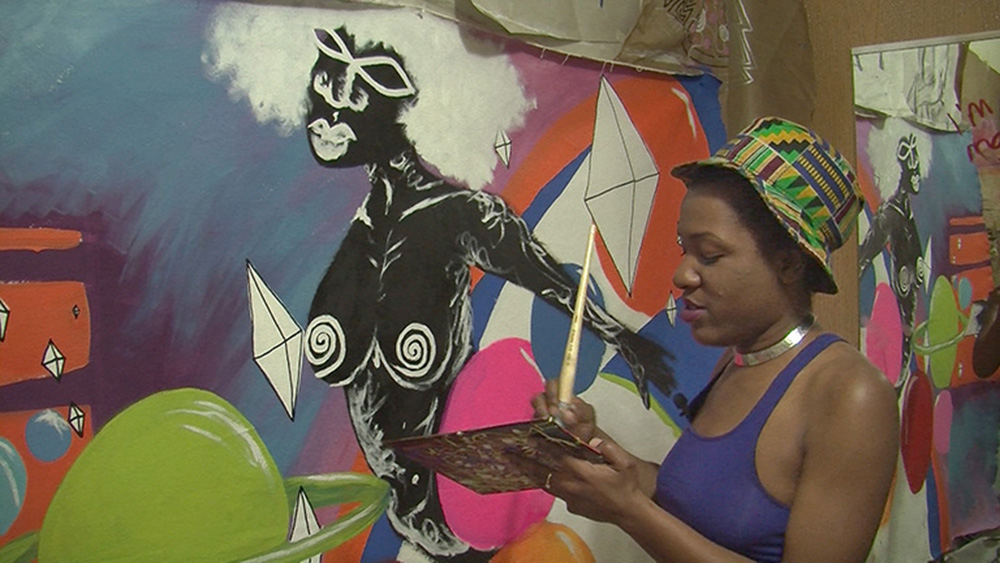 Using bold and bright color and sometimes black and white Llanakila says she likes to create art that relates to her life and emotions. In many of her artistic pieces she draws, prints, and paints powerful objects along with visionary lines. Some of her pieces relate to the mind, dreams, and the universe.

For her final project, at Penn State, Llanakila says she was disconnecting herself from the online world by refusing to use her cellphone. Once disconnected, she said she took greater notice of what’s in the sky versus looking down at her cellphone.

Sharing her creative pieces with not only friends and family, but also everyone including celebrities. For artists like Big Krit and Asher Roth that have graced the stages at Penn State she has made them a canvas of her work.

Kaidian is a senior at Penn State, majoring in Broadcast Journalism with a minor in Education Policy Studies. In the summer of 2013 she was the sports intern at WNEP News Watch 16 in Scranton, Pa. At WNEP, she reported on various sports involving national, professional, and local athletes. She is also an active member of Penn State’s student radio station ComRadio. Within ComRadio she as accomplished working as a co-host on the Talk with Tatiana (a news/entertainment/sports show), Road to Radio City NFL Draft, and Penn State Men’s Basketball pregame show. Kaidian hopes to obtain a job in sports/entertainment reporting or an on-air radio personality