DUBLIN – As ISIS recruits disillusioned youth to wage war in the Middle East, nearly 200 students, academics and non-governmental organization leaders gathered at Croke Park on Thursday to discuss the role of sport and recreation in giving the world’s young people a platform to express themselves in a positive way. 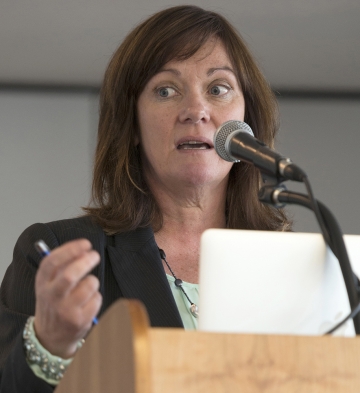 Sports can preserve disappearing cultures, shake up societies with rampant gender inequality and even help bring together warring communities, according to the panelists and attendees of the UNESCO Symposium on Youth Civic Engagement and Leadership through Sport and Recreation.

The conference’s keynote speaker, in fact, recounted when British and German soldiers set aside World War I on Christmas Day to share chocolates and to play a game of soccer. “When you encounter the common humanity of your enemy, it’s very hard to kill them,” said Don Mullan, a noted Northern Irish author.

The symposium, held in a conference center attached to Croke Park, a stadium integral to the history of Irish independence, was meant to bring together the ideas of the world’s leaders in community development – young and old, Irish and foreign. Together, they then helped formulate a policy proposal to be submitted to UNESCO, calling for greater attention to sport and recreation’s potential to reshape peoples and communities. 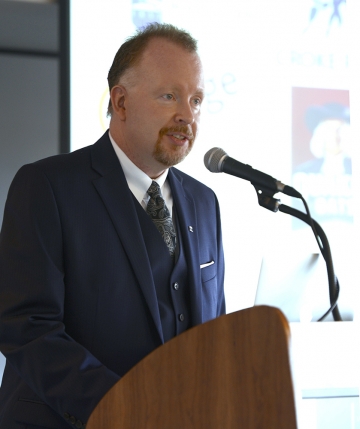 Especially in countries like Zambia and Kenya, he said, where the median ages are 16.7 and 19.1, respectively, it’s vital to give young people a stake in their societies. Academic studies show that engaged youth are four times less likely to exhibit risky behaviors, whether unhealthy sexual practices with a high risk of contracting HIV or joining extremist groups like ISIS, which calls itself Islamic State.

“This isn’t about feel-good activities to look good and do nothing,” Brennan said. “These are ways to get youth involved, and involved in a way that they can take the ball and run with it.”

Several other attendees of the symposium shared similar sentiments about sport and recreation’s power.

Mullan explained how sports helped give him the self-confidence he lost due to his dyslexia. Jennifer McCann, a legislator in the Northern Ireland Assembly, argued that sports could bring together her homeland’s youth and bridge the longstanding sectarian divisions between its people.

And Maryrose Yerger, a Penn State senior from Muhlenberg, Pa., majoring in biobehavioral health and psychology, argued that engaging young women in society, through sport and recreation or otherwise, can help ameliorate the gender inequality endemic in many cultures.

At the conclusion of the symposium, their voices, along with those of the other attendees, were incorporated into a resolution to be submitted to UNESCO: the Croke Park Declaration on Youth Leadership and Development through Sport and Recreation. Brennan believes that the Declaration has a good shot of being adopted.

“Sometimes declarations do good things; sometimes they sit on shelves,” he said. “But I think we’re in a position to push that through.”

(Bobby Chen is a student at the John Curley Center for Sports Journalism at Penn State.)

What I Did For Love: Pursuing the Performing Arts in a Post-Recession Economy