It’s not uncommon for YouTubers to become stars from hair or makeup tutorials, but a new community on YouTube is quickly getting similar kinds of viewing figures. 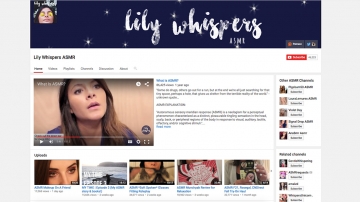 De Ciantis's lifetime YouTube channel pageviews have reached almost a million. "It's extremely humbling to think I have helped or even reached that many people," she says.

Lilliana De Ciantis is one of those YouTubers leading the Autonomous Sensory Meridian Response (ASMR) community. Fans are watching her videos to experience a tingle, goosebump-inducing phenomenon. The sensory experience, starts in the scalp and travels to the back of the neck and at times further areas in response to specific triggering of audio and visual stimuli. Several of these triggers include whispering, personal attention, crisp sounds and slow movement. Her fans watch her videos to relax, de-stress and be happy.

Her viewers like to watch her beauty tutorials and personal attention scenarios. De Ciantis has over 130 videos. Many of those videos are role-play settings that include being a doctor, tattoo artist and more.De Ciantis has more than 40,000 subscribers. A year ago she stumbled onto an ASMR video. She felt a shiver, passed out for two hours and awoke feeling refreshed and at ease. This summer she began creating her own videos. 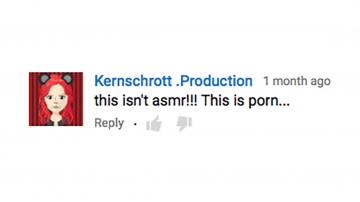 De Ciantis received many rude comments for her ASMR videos. She still has many of them saved, not only on her phone, but also in her memories.

Even though ASMR has been proven to help countless people with depression, anxiety or insomnia, there are still misconceptions about ASMR.  After word got out about De Ciantis’s videos many users started calling her a ‘webcam prostitute’ and she temporarily suspended her channel.

Talk eventually died down and people started to understand that ASMR is not at all sexual. She came back to her YouTube community. She said she was missed. Fans were saying she was like a friend to them and they missed her. That’s when De Ciantis said she realized how important her videos were for her fans.

ASMR artist, such as De Ciantis, use different triggers to stimulate their viewers. Whispering or speaking softly are known as the most common stimulus. Many viewers find ambient noise such as tapping with nails, writing, and crinkling paper as soothing. To create a 3D experience ASMR artist use binaural recording to stimulate the listeners. Many role-playing videos aim to stimulate ASMR. De Ciantis's favorite role play is beauty tutorials.

Nathaly was born in Tegucigalpa, Honduras, but raised primarily in Latrobe, Pa. During her college career, she has been actively involved in several live radio and television broadcast productions, live webcast coverage of the nationally recognized Penn State THON. She has interned at WQED in Pittsburgh and FOX 5 in DC. She hopes to work as a TV/radio personality host for a major news or entertainment network such as CNN or E! Entertainment.