Each year, the much-anticipated Super Bowl brings along not just the game itself but also some wackier-than-usual commercials, specifically crafted for the massive event. In this listicle, the arts and entertainment department takes a look at four commercials worth praising—and one that didn’t quite meet the expectations. 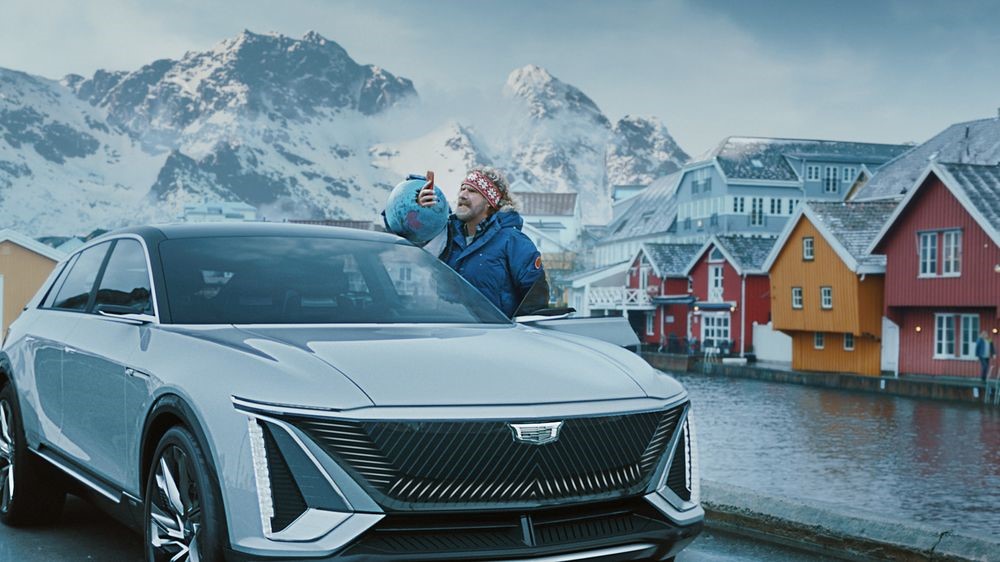 Will Ferrell, Kenan Thompson and Awkwafina star in this hilarious commercial for General Motors. “No Way Norway” has many hysterical jokes but also successfully shows off the product.

It is obvious throughout that this is a car commercial, but the humor just adds to the enjoyment. Ferrell’s visual comedy is on point, and the gag that the globe he punches through sticks on his arm throughout the commercial is amazing. His mannerisms are also on point.

Although Awkwafina and Thompson don’t have huge roles, their dialogue is very funny, and they add a bit of charisma to the commercial, which is greatly appreciated.

The ad does not overstay its welcome, meaning it’s the perfect type of commercial to captivate the Super Bowl audience. With its amazing cast, creative lines and overall memorability, General Motors’ “No Way Norway” stands out as one of the best from Super Bowl 55.  —Jack Freiser 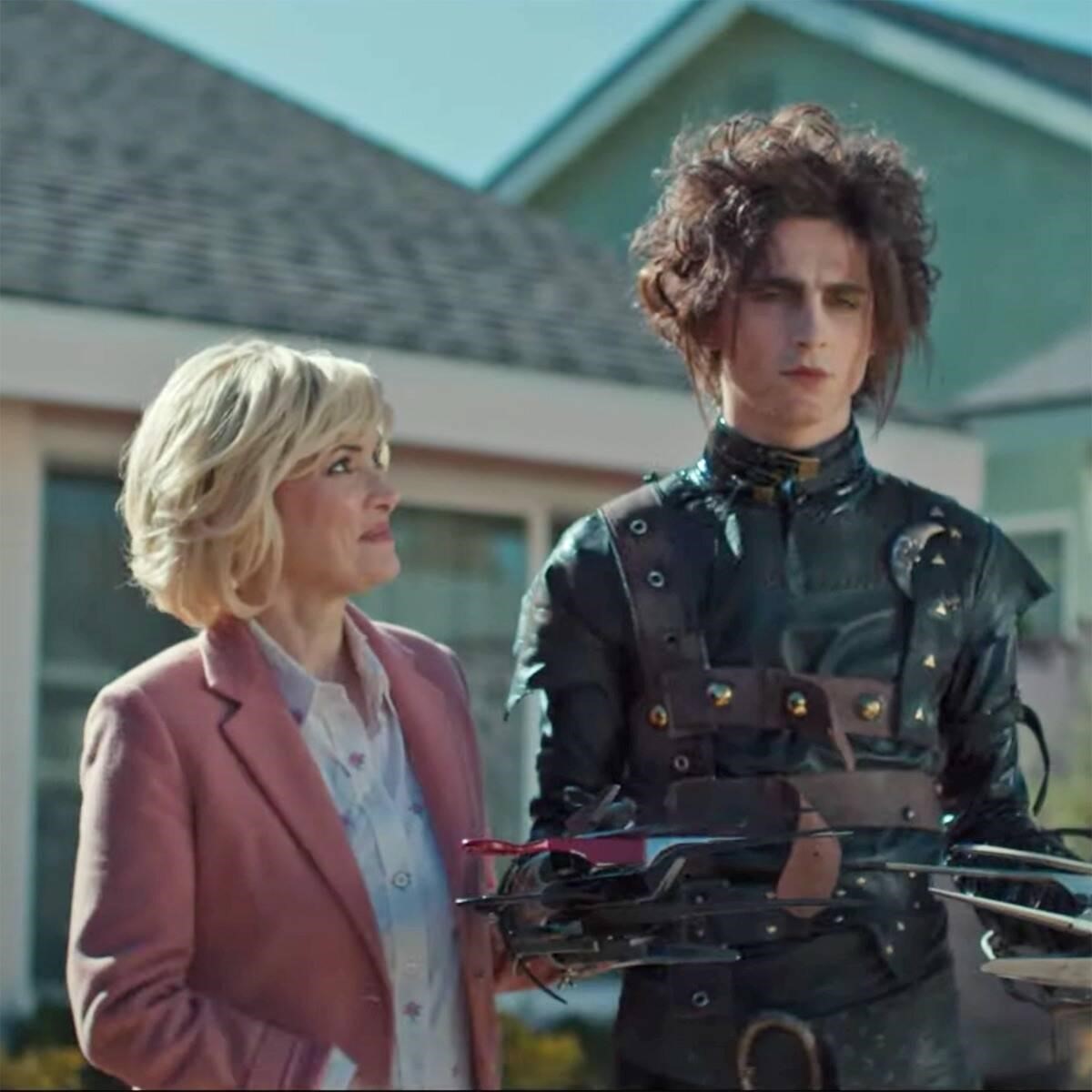 Timothee Chalemet and Winona Ryder star in this Cadillac commercial, which parodies the classic Tim Burton film “Edward Scissorhands.” Chalemet plays Edgar Scissorhands, Edward’s son. This commercial tells the story of a day in the life of Edgar and how, due to his hands, it is a struggle for him to do everyday things.

The commercial is very funny, both visually and through its dialogue. Chalamet and Ryder both deliver great performances, making the product 10 times more appealing to viewers.

This is a very memorable commercial which highlights the new Cadillac’s perks and also makes the viewer interested in seeing Chalamet star in a sequel to the beloved ‘90s film.  —Jack Freiser 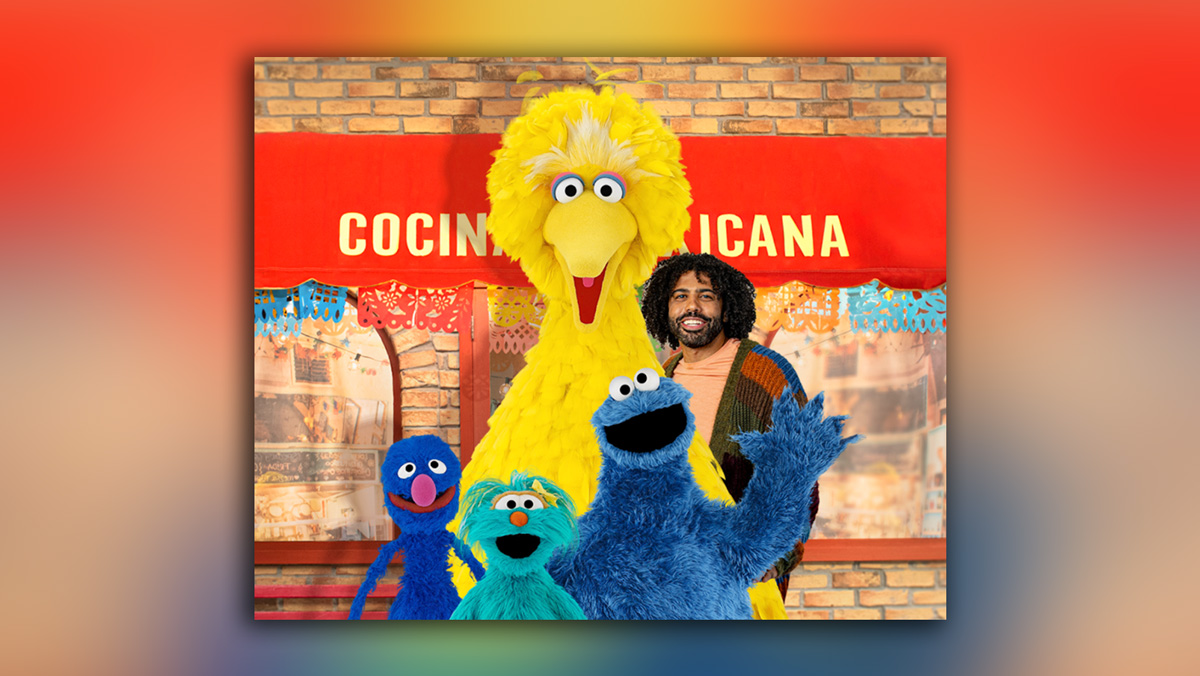 The whimsical DoorDash commercial tops the list of the best Super Bowl commercials for a multitude of reasons, but most importantly because of the catchy and lighthearted scenes from Sesame Street.

This commercial creates the best visuals and adds to the DoorDash brand, giving reason as to why people would want to place an order through DoorDash right after watching— quite frankly, because of how awesome and unique it is.

Opening up with Big Bird talking to Hamilton star David Diggs, this commercial brings reminiscence to the good old days of watching Sesame Street. It incorporates these happy vibes along with a twist to the classic song “The People in Your Neighborhood.”

It is also extremely catchy and allows for the audience to connect and relate to what is going on. This commercial is more than a way to advertise purchasing through DoorDash; it’s also an original interactive ad that is sure to catch the eyes of many people. How can the viewer forget when Big Bird, Grover and Cookie Monster receive their orders of bird seed, paper towels and cookies from DoorDash? How creative.

“The Neighborhood” makes it to the top of the list and even further cements its status with its support of small and local businesses. It was one of the first commercials shown during the Super Bowl, but it never vanished from viewer’s memories.  —Olivia Manfredo 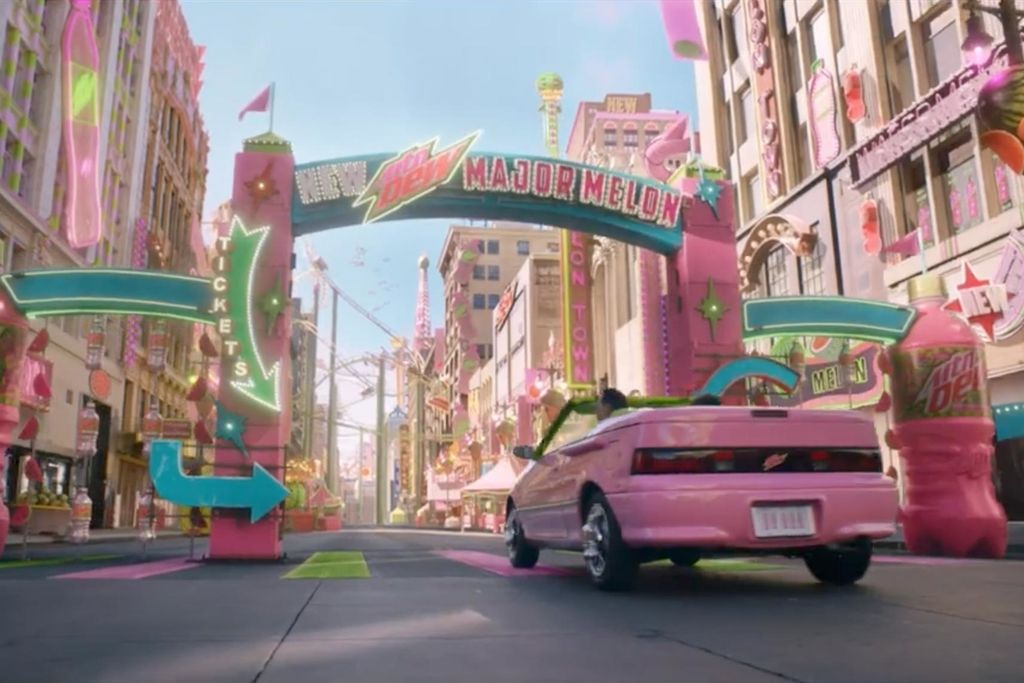 The Mountain Dew “Major Melon Bottle Count” commercial stood out to viewers who, seconds after the commercial released, tweeted out thousands of guesses to Mountain Dew on Twitter as to how many bottles were shown during the ad’s running time. Every aspect was intriguing and a dull moment was never present, especially with the vibrant liquid creation of watermelon-flavored Mountain Dew.

The electrifying neon colors of green and pink pasted against the backdrop of an exquisite watermelon-themed amusement park is sure to attract viewers young and old.
But we all know the real reason this commercial racked up tons of views: Whoever guesses the correct amount of Mountain Dew bottles wins $1 million.

This is truly an interactive commercial, one where the brand is trying to promote its product and engage its audience in such a special way at the same time. It almost gives nostalgic vibes to the introductions at Disney World and the excitement felt before sitting on a thrilling roller coaster, just waiting for it to launch.

The intro to this commercial is fantastic as well because it was intentionally made to attract the audience and leaves them wondering where John Cena’s destination will be, driving in his fiery green car.

It is a fun and exciting journey all made to sell Mountain Dew. There is confidence with the artistry, creative flair and fun music. This commercial will become extremely popular and should be remembered as one of the best from Super Bowl 55.  —Olivia Manfredo 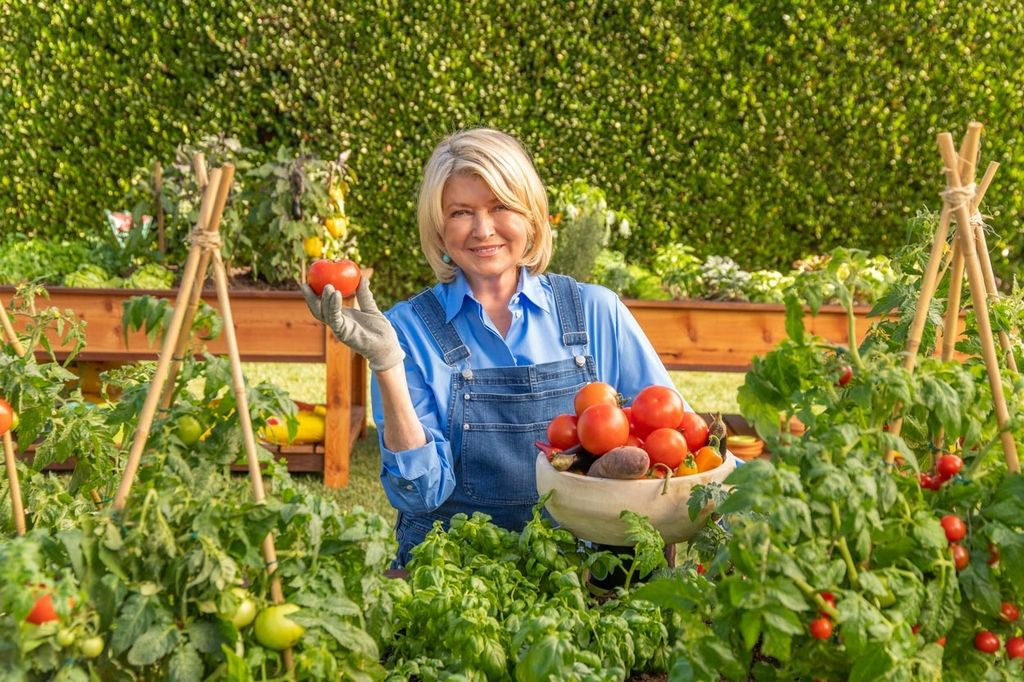 There were a number of great Super Bowl commercials this year, but the Scotts Miracle-Gro ad was not one of them. This is one of those commercials that tried too hard to be funny.

The cast of the commercial is amazing, as it features Martha Stewart, John Travolta, Leslie David Baker, Emma Lovewell and more. However, the humor is simply unable to match the talented cast.

First off, the acting is not the best, especially on Martha Stewart’s end. Stewart would make jokes throughout the commercial, but they were not funny. It can be believed that this was just a matter of bad script writing, but they could have been executed better as well.

Another part of this commercial that makes the viewer ask “why?” is when John and Ella Travolta make a TikTok in the yard. It really just makes the commercial 10 times cheesier than it already was.

Although this was one of the worst Super Bowl commercials this year, there was some successful humor. Carl Weathers, star of “The Mandalorian,” said that a good yard was a place to practice your “short game,” which, directly after, he hits a golf ball right into the chest of Leslie David Baker (Stanley from “The Office”).

Also, NASCAR driver Kyle Busch added some humor by having trouble driving a tractor, which is ironic given that he drives cars for a living.

Overall, it was an extremely cheesy commercial but it ranks low on the scale of good Super Bowl commercials” this year, despite having its moments.  —Kennedy Kollar