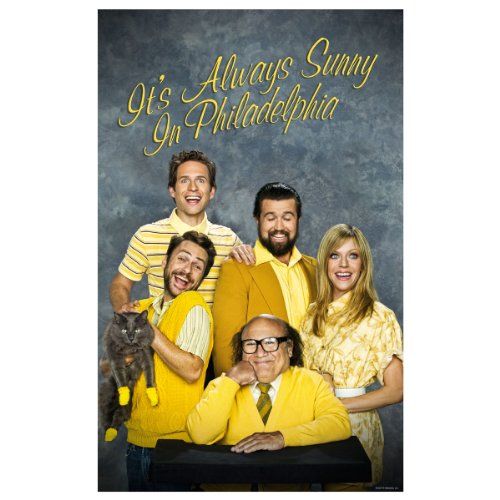 The gang gets a four-episode review.

“Always Sunny” is back with season 15. Sixteen years later and the gang remains as controversially funny as ever.

The gang’s first four episodes have been released in pairs of two so this review will cover the basic story of each of the episodes.

The gang is trying to get a loan, but to do so they must explain where all their previous loan money went.

Somehow, they are the cause for the majority of political issues in 2022.

Dennis and Mac put their money into their country singing dreams, which ends up being the reason for delay of votes in Philadelphia.

Frank’s loans went into an illegal barbershop where his biggest client was Rudy Giuliani and Frank’s hair dye method ended up sweating off Giuliani during a campaign speech.

Charlie and Dee’s loans went into a mask and costume business that ended up supplying suits to the storming of the Capitol.

The gang did not get the loan.

As an “Always Sunny” tradition, it was time to make another “Lethal Weapon” movie.

This time, the gang was terrified of being controversial, so they tried their hardest to be politically correct.

They got rid of anything controversial like recasting everyone in the movie, no sex and making the ultimate villain a tidal wave.

Eventually, they decide the best way to be politically correct was to give complete control of the movie to knock off “Don Cheadle.”

“Don Cheadle” ends up attacking the gang in his version of the movie and the only way for the gang to feel once again good about themselves is to make Lethal Weapon 8.

After finding out their favorite roller rink is shutting down, the gang recollects on the time they tried to buy the rink.

Flashback to the 1990s when the gang tries to buy it, Charlie is anti-drug and a rule follower, Mac is a wannabe drug dealer with “hip” puffy clothes and keeps saying mark my words, Dennis still wants to run his father’s business, Sweet Dee is sweet and Frank is the same.

Throughout the episode it turns out to be an origin story for how the characters got to be the way they are and how they bought Paddy's Pub.

Season 15, Episode 4 “The Gang Replaces Dee With a Monkey”

Dee acting crazy leaves the bar to try to get a role in a tv show. The rest of the gang decides it's time to replace her because they’re fed up with her and Frank makes a joke that a monkey can replace her.

Frank then goes out to replace Dee with a monkey. This monkey turns out to be a former Hollywood monkey that makes the best drinks the gang has ever tasted.

So, the gang, excluding Dee, spends the rest of the episode trying to figure out where they should go on vacation, while the monkey keeps making them drink.

Dee spends the episode going power-mad as an acting teacher where she teaches the kids wrong advice until she finds out she got a role in the TV show.

Dee goes back to the bar to rub in the gang’s face she got a role and is going to Ireland.

The gang wakes up drunk, robbed and raped by the monkey when they hear Dee’s news. Promptly, the gang decides Ireland is where they’re going on vacation.

The show stars Rob McElhanney as Mac, Glenn Howerton as Dennis, Charlie Day as Charlie, Kaitlyn Olsen as Sweet Dee and Danny DeVito as Frank. All the characters still have their hilarious touch that is seen in previous seasons.

Since the episodes don’t really build on each other, beside the recurring characters, anyone can start watching season 15 right now and enjoy it just as much as an old viewer.

Overall, the season is the same as previous seasons. The gang's all bad people doing selfish things but in a funny manner and never seem to get their way.

So, any viewer who likes stupid, political or current-event jokes, or lives near the Philadelphia area will love this show.

Ethan Hetrick is a first-year communications major. To contact him, email eth5186@psu.edu.