The CommRadio Arts & Entertainment Staff revisits some of its favorite albums from 2020. 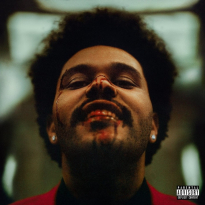 1. "After Hours" by the Weeknd

An artist’s reinvention is always either a big failure or a rewarding success, and the latter definitely applies to The Weeknd’s “After Hours.” The fourth album by the singer introduces new sounds such as 80s synth-pop, new wave and, of course, the signature R&B of The Weeknd.

The Weeknd seems to find the perfect balance between all of his past projects — the gloominess of the “Trilogy” EP to the slick pop productions of “Starboy.” The lyrics also have the singer’s classic self loathing such as, “Cause I lost my faith/ So I cut away the pain/ Got it swimming in my veins/ Now my mind is outta place” from “Faith.”

The melancholy lyrics matched with the dance pop productions seems to be what The Weeknd does best, and there is nothing wrong with it if the artist can tell the story in new, sonically refreshing ways, and that’s exactly what “After Hours” achieved.

The sonic cohesiveness is one of the biggest achievements of “After Hours,”each song bleeding perfectly into the next one, “After Hours” is a cinematic fest of dreamy pop perfection that pulls the audience in right from the beginning till the end.

Although the album is snubbed by the Grammys, songs like “Blinding Lights,” “Scared to Live,” and “Save Your Tears” will definitely be remembered as some of 2020’s best pop songs and The Weeknd’s strongest tracks. — Jimmy Lu 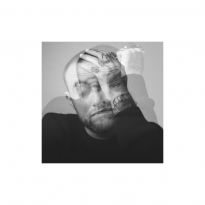 Released posthumously, Mac Miller’s “Circles” acts as a solid testament to Miller’s sophistication and depth as an artist.

Amid the release of Miller’s 2018 album “Swimming,” he immediately began working on his sixth and final release “Circles.” Supposedly the second installment of an incomplete trilogy of albums stemming from “Swimming,” “Circles” contrasts its predecessor by exploring the funk elements of Miller’s style.

Opening with the title track, Miller kicks things off immediately with a candid statement on his relationship with drug addiction. Tracks such as the reflective “Complicated” and the up-beat “Blue World” help to push the record forward with a continuing exploration of Miller’s mental state.

The crown jewel of the record, “Good News,” speaks to Miller’s desperate desire to be free from stress and responsibility.

The honor of finalizing the album’s composition went to Miller’s producer Jon Brion. An understandably emotional process, Brion found himself often overwhelmed by Miller’s raw talent. Several tracks such as “That’s on Me” and “I Can See” were compositions that Brion had to comfort and coach Miller through as he helped him to overcome his lack of confidence in his talents.

Showcasing the evolution of Miller’s confidence in his unique sound, the album comes to a brilliant and satisfying conclusion with the culminating “Once a Day.”

Although the full trilogy will never come to be, “Circles” solidifies Miller’s legacy. As an exhibition of Miller’s ability as both a recording artist and composer, his final album acts as an eternal testament to his musical accomplishments and imprint on music history. – Scott Perdue 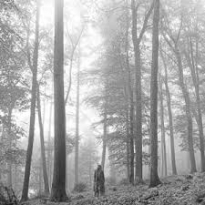 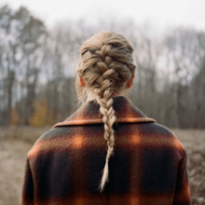 How many pop stars can say that they’ve released two number one albums back to back within five months? It’s safe to say that Taylor Swift simply dominated 2020 — twice!

The first surprise release from Swift is “folklore,” an album that stripped away Swift’s signature pop anthems that defined her career and replaced it with indie-folk, alternative rock songs that mark a new sound for Swift.

The simple yet effective productions by Aaron Dessner and Jack Antonoff allow Swift’s sharp lyrics to stand out. The album tells a story of a “teenage love triangle,” with each song being written from different characters’ perspectives while also containing details of Swift’s personal life, which are hidden within each line that demands the audience to have two or three listens to grasp the full story.

A few months later, Swift surprised the world again with “evermore.” An album that pushes the boundaries of Swift’s artistry even further. Continuing the escapism and sonic influences of “folklore,” the album expands on the narratives and the productions.

Swift took the audience on an emotional journey in both of these albums with some of her most heart-wrenching songs such as “exile” featuring Bon Iver, “my tears ricochet” and “champagne problems.”

Swift wrote each song with such wistfulness, maturity and delicacy that it pulls the audience right into the world she created. Whether it’s an “illicit affair” or the death of a loved one, the audience is right there with her.

The masterful storytelling of these two albums provided an escape for everyone in lockdown this year, and it goes to show that Swift is still at the peak of her power at this stage of her career. The world could only imagine what kind of music Swift will make next but what is certain is that this is Taylor Swift’s world, and everyone’s just living in it. 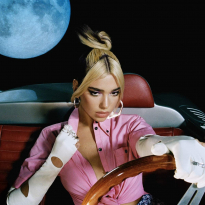 “Future Nostalgia” is the second studio album from Dua Lipa. Although her first album featured many incredible songs, this is her best album yet.

Everything about “Future Nostalgia” is incredible. The theme of this album is perfect. The retro pop sound creates a very unique sound, which fits perfectly with the pop scene today.

Whether in the slower ballads like “Boys Will Be Boys” or the pop hits like “Physical,” Dua sounds fantastic and truly shines. Her beats are also amazing, the production sounds very nuanced and is very nostalgic. Yet, “Future Nostalgia” still feels fresh and innovative during a time when it seems like everything’s already been done.

“Future Nostalgia” was a perfect listen for quarantine, because it gave everyone a sense of joy through these tough times. It’s likely that Dua’s dreamy disco-pop masterpiece will still be relevant years in the future. — Jack Fresier 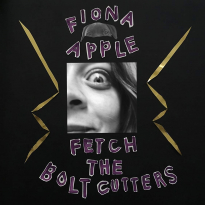 2020 has been defined by surprise music releases from Taylor Swift to Ariana Grande, yet “Fetch the Bolt Cutters” certainly takes the cake for the most unexpected of the year. It’s been eight years since Fiona Apple graced humanity with an album — and it was worth the wait.

“Fetch the Bolt Cutters” is nothing like the big releases of 2020. Rather, it’s an experimental and quirky journey into the inner workings of Apple’s relationships, career and self reflection — and it’s absolutely marvelous.

While Apple’s music is pretty atypical to the mainstream, which isn’t necessarily new for the singer, it’s incredibly cohesive. “Fetch the Bolt Cutters” is a sonic dream with no outliers on the tracklist. Every song is able to stand on its own in a way that practically reinvents the music industry.

There’s no fancy production on Apple’s 2020 release, just a lot of old fashion experimentation reminiscent of the Beach Boys’ “Pet Sounds” that utilizes more than the scope music typically holds. The singer dabbles in the chaotic sounds of everyday like screams, dog barking and clapping, which cements Apple as one of the great innovators in music history.

“Fetch the Bolt Cutters” is bold and powerful, and it will likely make waves in the industry for years to come. The production, instrumentation and lyricism are all wonderfully chaotic and on par with many of the greats in music like Apple’s own longtime inspiration, John Lennon. — Jade Campos