The Best Antagonists in TV and Film

TV shows and movies are full of some extremely notable antagonists that challenge fan-favorite protagonists in unique ways and keep what is being watched interesting. In this listicle, the CommRadio Arts and Entertainment Department take a look at some of the most notable villains in popular shows and movies. 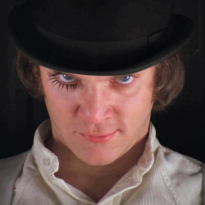 The films centers around narrator and main character, Alex, set in a futuristic version of Britain, in which most youth take part in a subculture that glorifies the use of “ultra-violence.” What makes this character so memorable is not just his polite behavior and school boyish charm, but his innate pleasure of immorality and debauchery.

DeLarge, the personification of evil, is already a veteran of the juvenile detention system at the age of 15. The disgusting atrocities committed throughout the film by him and his thugs or “Droogs” are appalling, leaving the viewer with a sense of astonishment of how such a film was able to be released in movie theaters.

What makes this character equally terrifying though is how intriguing he can be, observing someone who has lived with no sense of morals, but with such an interesting energy and personality. Alex is different from other film or TV villains in that he’s both cunning and intelligent, a far cry from the dumb, ignorant and cartoony criminals that we want to see.

Despite showing hallmark signs of being an absolute psychopath, Alex DeLarge’s blood-curling grin and bowler hat are iconic and continue to be referenced throughout modern-day cinema. – Jon Mead 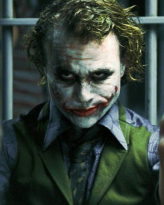 The Joker - “The Dark Knight Rises”

The Joker is by far one of the most memorable characters in film, comics and cartoons.

The long-time arch-nemesis of DC Comics’ Batman, many have taken up the mantle of the Joker. One of the most notable performances has to be Jack Nicholson’s performance in the 1989 film “Batman.”
Mark Hamill has also taken up the role in various cartoons and video games, perfectly capturing the clown prince of crime’s voice and personality.

One performance continues to astonish comic and movie fans alike - and that’s Heath Ledger’s Joker in “The Dark Knight Rises.”  Ledger in this role completely abandoned the colorful clown personality of previous depictions and reinvented the Joker into a gritty and psychotic killer.

We see a comic villain that is both frightening and complex, as the antagonist in “The Dark Knight Rises” seems to hold more of an anarchist philosophy, doing whatever it takes to bring the destruction of civil society.

The “Chicken Man” himself, Gustavo Fring of Breaking Bad is the only true antagonist to both match the intellectual level and be a challenge Walter White.

Perfectly played by Giancarlo Esposito, he takes the shape of the character like no one else could do. Gus was the mastermind behind the worldwide Methamphetamine drug trade, all hidden behind the front of his delicious fast-food restaurant: “Los Pollos Hermanos.”

Unlike everyone else Walter crossed, Gus kept all of his affairs professional and nearly undetectable by the police. Through the common eye,

Gus looked like a respectable, wholesome businessman - it even took Walter a bit to realize who he really was. He was modest, driving a 10-year-old station wagon and even donating part of his funds to the DEA.

It leaves the audience with actual chills, and the look on Walter’s face looks like he isn’t even acting. Gus was always one step ahead of Walter, the police, the Mexican drug cartel, and all of his enemies.

When Walter and Gus finally “Face Off” it is because of his one weakness that he meets his end. Without Walter foiling his plans, there is a great chance that Gus would have never been caught. Gustavo Fring was not evil, but in the city of Albuquerque, there was only room for one meth kingpin, and for Gus, he happened to go off with a bang. – Caelan Chevrier

Joffery Baratheon is a bastard. No, really. Not only was he a terribly spoiled, putrid, annoying brat as well as terrible leader; but he was the incestuous child between Cersei and Jamie Lannister.

He started The War of the Five Kings after making one of the worst decisions possible regarding the beloved character, Ned Stark. This decision essentially started the entire conflict for the show's eight seasons that would kill hundreds of thousands of people.

Once he became King, things only got worse for the people of Westeros and for those close to him. Sansa was forced to marry him, where she was relatively beaten and emotionally abused. Even Joffrey’s own uncle, Tyrion despised him.

During the Battle of Blackwater, Joffrey hid from any conflict, looking like a coward and setting a poor example for his troops. Every word that comes out of Jack Gleeson’s mouth is cringe-inducing and somehow makes audiences hate him more and more.

Joffrey’s wedding day is a fan-favorite episode and the ending of the episode leaves viewers with a smile on their faces. He is immediately replaced by his mother, Cersei, who is arguably worse. Gleason has played no other roles post-Joffrey, and he will most likely be forever known as the actor who played him.

He was never loved by anyone ever, but he was so good at his role that it would be a crime to not list him here. – Caelan Chevrier 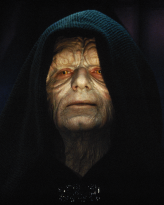 Being the mastermind behind everything in the main “Star Wars” saga, Emperor Palpatine is a villain with no redeemable quality.

He is calculating, patient, and by all means extremely manipulative. Almost every event within the movies was a product of his will – from the start of the Clone Wars in “Attack of the Clones” to the rise of Kylo Ren seen in the sequels. Effectively, Palpatine created a period of several decades that contained nothing but suffering for anyone who defied him.

Played by Ian McDiarmid, the character was brought to life perfectly as this representation of what the dark side of the force is about. He did an outstanding job acting as the twisted villain, truly bringing to life how the Emperor could simply pull the strings on everyone as if he was a galactic puppeteer – all while no one had a clue.

Emperor Palpatine is the cinematic personification of evil within “Star Wars”, and his unlimited power will be remembered for a long time by all fans of “Star Wars”. – Colton Pleslusky 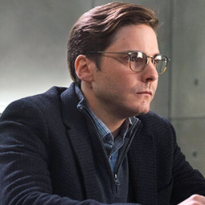 Certainly one of the more unique villains in the “Marvel Cinematic Universe”, Zemo is so notable mainly because he didn’t have to fight the Avengers himself – he made them tear themselves apart.

Following the events of “Age of Ultron”, it is revealed that Zemo had lost his family due to the battle and harbored great resentment towards the heroes. Believing they had no right to exist to begin with, Zemo sought the necessary dirt he required to break them about.

Of course, that took the form of Bucky Barnes and footage of Cap’s best friend killing Tony Stark’s parents.

Portrayed by Daniel Bruhl, the actor succeeded in portraying this mastermind. He captures Zemo’s pain that he experiences in his loss as well as the coldness in his actions and made him one of the more notable “Marvel” movie villains.

Baron Zemo will also be returning as the antagonist of “The Falcon and The Winter Soldier” on Disney+ this March. – Colton Pleslusky