Almost everyone has a smartphone device and doesn’t just use it for answering calls, sending texts or emails. Most people might find themselves bored using their phones for those purposes and want some entertainment on the go. In this listicle, Isabella Leahy and Colton Pleslusky take a look at five of the best entertainment apps out right now.

It probably is not a shocker that TikTok is on the top of the list in 2021. This hot trending app is specific to the user, with videos on the app are 60 seconds or less. Short videos are easier to watch and retain. The users personal feed gives them videos similar to what has been liked or shared in the past.

Most people found out about TikTok by linking it with an app that people would use to create videos of them dancing. People have even used TikTok as a way to create an income. Some examples are Charli D’Amelio, Bryce Hall, and Addison Rae who have made their careers from TikTok as influencers.

Users can duet or stitch a video to give their response. This allows users to interact with each other in an unconventional way. Direct messages can be sent as well to allow for more user-to-user interaction. – Isabella Leahy

YouTube has a plethora of videos to watch and search up. From the viewers favorite clip from a tv show to a funny cat video, everything is on YouTube. Music videos are also videos that can be watched often.

The viewer can create a free account if they want suggestions for videos to watch based on what they have watched before. Influencers use YouTube as a platform for their careers, and most people have found a way to make a living and vlog their lives. Users can subscribe to different channels so they can see content on the homepage. Any user can upload videos and share their content with others.

YouTube also can be watched at the same time as users are using other apps on their apple devices for example. Finally, it also makes it easy to find new video content that users might not have found by a search. There is a side column with videos that are slightly similar to the one that is being watched by the user and can be watched next. – Isabella Leahy 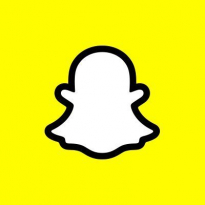 Due to COVID-19, socializing has become more difficult, but snapchat helps combat that. Snapchat allows the user to add friends and send pictures of the user or anything the user chooses to them privately.

Snapchat also has short informational or funny shows that can be watched on the discovery page. Big companies like NBC, HBO and E! News has channels where they put their news to be watched. The content are short segments that give users the news quickly. Snapchat also have companies like Insider and Brother that have entertainment or life shows that could give users advice or quick entertainment world update.

Snapchat also has a map feature so users can see where their friends are on the globe. It updates every time users open the app and when users are with other people in the same location it will group them together.

Snapchat also offers filters that can be used on users’ photos to change the color or their face entirely for example. – Isabella Leahy

In “Toca Life World”, the user can create their own world and create storylines. The user creates their own neighborhoods with hotels, hospitals, offices, and everything the player would find in a normal city.

Users can customize their character anyway they choose. “Toca Life World” also has 8 locations the user can choose to play in. Users can also buy new locations or characters to keep their story alive and changing. Weekly gifts are also given to the player to add to their world.

“Toca Life World” also encourages the user to imagine real world scenarios and they can incorporate them into the game. By clicking on different characters or places, players can do activities or talk to the other characters.

This game can be for adults or for children and has been ranked 7th place on the educational charts on the Apple app store. It gives everyone the creative outlet they have been looking for but on their phone. By creating a virtual world, it can help as an escape from the real world. – Isabella Leahy

Since EA’s acquisition of the rights to “Star Wars” video games (which has recently been granted to other companies), one constant game over the past handful of years has been “Star Wars: Galaxy of Heroes”.

It is a form of strategy game where the player can put together teams of their favorite light and dark side characters to battle throughout light/dark battles, challenges, the arena, etc.

What makes the game so cool is it strives to include absolutely everything. While not everyone is covered, there is a lot of obscure characters in the game. A player can make a team consisting of Plo Koon, Commander Cody, Han Solo in a Stormtrooper outfit, an Ewok, and Finn if they really wanted to.

Which brings up synergies. This is a mechanic that buffs a team’s overall power if they are affiliated with one another. A team of clone troopers would be far more devastating compared to the team mentioned above, for example.

Though the game does have the heavy touch of “you can either grind a lot or just pay” that EA is known for, it is still a time killer worth visiting for any “Star Wars” fan. – Colton Pleslusky

Isabella Leahy is a sophomore majoring in broadcast journalism. To contact her, email iul93@psu.edu