The CommRadio Arts & Entertainment Staff revisits some of the best Marvel side characters. 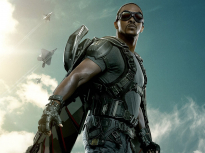 One of the more important side characters in the Marvel Cinematic Universe is Falcon. He has become a regular favorite that people can recognize anytime he comes in a scene.

Sam does not feel like he is the best man for the job, but he will get the job done however he can. He realizes that and he says it in “Avengers: Age of Ultron” when talking about how he does not fit in with the crazy world of “avenging.”

What makes Sam so important is that Captain America sees himself in Wilson. Captain America felt the same way about going to war as Wilson does; he would do anything to end the fight, even if he is not the best man. Sam became Falcon because Captain America believed in him.

Falcon fought with Captain America for years after “Civil War” into “Infinity War” and Falcon was now a real Avenger, minus all the politics.

When Captain America left to live out his life with Peggy, Falcon is the one he chose to man his shield. And it is because Sam is not the perfect soldier, but a good man. This says a lot about his character and how much of a hero he will really be.

Falcon, Captain America, or Sam Wilson is a great man who will fight his heart out. The audience loves him, and there is more to come. – Dylan Leipzig 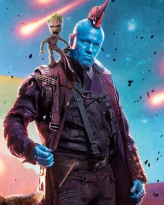 Udonta was the leader of the exiled group called the Ravagers and was also the adoptive father of Peter Quill.

He was a crucial character in both of the “Guardians of the Galaxy” films. In the first film, Udonta and the Ravagers worked together with Quill and the Guardians to stop Ronan the Accuser, who was threatening to use the power stone to destroy Xandar.

In the sequel, the Ravagers actually turned against their former captain and put their trust in their new leader, Taserface. Udonta went to help the Guardians in the battle against Ego, Peter Quill’s actual father.

Ego was extremely powerful and made his own planet that the Guardians were residing on. As the planet collapsed into itself, Udonta sacrificed his own spacesuit and his life, saving Quill.

This goes to show just how important Udonta was in these films and the Marvel Cinematic Universe. – Michael Merendino

Bucky Barnes was a World War II veteran and best friend of Steve Rogers since childhood.

In “Captain America: The First Avenger,” Barnes and Rogers were trying to capture Zola in the Austrian Alps, who was with the main antagonist, the Red Skull. Barnes was caught in their ambush and plummeted hundreds of feet from a train.

His experimentations allowed him to survive the fall, albeit with the loss of his left arm. Barnes was found by the Soviet Union and HYDRA. Once found, he was further experimented on, which granted him superhuman abilities, and was subsequently brainwashed and armed with a new cybernetic limb in order to become their operative, known as the Winter Soldier.

Barnes had many intense battles with Rogers in “Captain America: The Winter Soldier.” This triggered him to begin remembering his prior life and who Rogers was.

Barnes was eventually freed of his brainwashing thanks to the efforts of Shuri. He was also a major character in “Captain America: Civil War,” “Avengers: Infinity War,” and “Avengers: Endgame.” – Michael Merendino 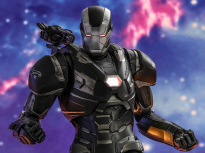 The Marvel Universe is chock full of important side characters that help our main heroes grow into what they are and influence their decisions, and one of the more recognizable friendships is Iron Man and War Machine.

James Rhodes was present in the first “Iron Man” film, but first became War Machine in “Iron Man 2”. From that point forward, he would become an influential voice that Tony Stark could fall back on in times of need.

What makes him so important is just that: he’s the wall that Stark leans on in times of crisis. Sure, he has Pepper Potts, but if the movies have proved anything it is that War Machine is one of Iron Man’s biggest supporters as well as the thing that dials him in when things go awry.

War Machine himself feels like a force of man-made nature. Where Iron Man is sleek and full of pin-point weaponry and finesse, War Machine is the brute bristling with weapons that hit like a freight train. Seeing this on screen makes him an extremely fun character to watch in action.

One of the other major things about him is that from “Civil War” onward he is a paraplegic. Caused by falling a large distance after his armor is shut off mid-flight due to friendly fire, Rhodes becomes reliant on a special set of prosthetics attached to his legs to walk.

This moment also gave physically disabled audience members someone to connect with: a hero that couldn’t walk unless assisted, but still managed to bring the hurt when he needed to.

War Machine almost got his own film years ago, and it is a shame that never came to be. – Colton Pleslusky

More commonly referred to as Wanda Maximoff in the MCU, Scarlet Witch made her first appearance in “Avengers: Age of Ultron.”

Starting out with hating the Avengers, specifically Iron Man, Maximoff allied with the sinister robot Ultron only to turn against him later when her brother, Quicksilver, and herself realized his true plans where global extinction.

After fighting with the Avengers and the tragic loss of her sibling, she joined in as a New Avenger by film’s end.

Moving into “Captain America: Civil War”, Maximoff plays an even larger role as one of the catalysts that effectively change the MCU forever. When she accidentally sent an exploding Crossbones into an occupied building, world leaders gathered and put together the Sokovia Accords.

This event would serve as a major turning point in the cinematic universe, and had Maximoff facing a harsh reality that everyone may be afraid of her and there is nothing she can do about it.

She ultimately takes the advice of Captain America and sides with him in the ensuing fight against Iron Man, much to the disliking of her future significant other Vision.

Years later, during “Avengers: Endgame”, Maximoff is actually credited with coming close to killing Thanos. Were it not for the purple menace’s warship firing on the battlefield, it could have been over and done there.

The Scarlet Witch has an unknown future ahead of her and is easily regarded as one of the more powerful characters in the MCU. There is much curiosity in seeing where her story arc goes with the releases of “WandaVision” and “Doctor Strange and the Multiverse of Madness”. – Colton Pleslusky 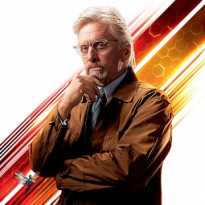 Tony Stark may have created time travel, but he isn’t the father of it. Hank Pym, portrayed by Michael Douglas, is one of the most influential characters in the Marvel Cinematic Universe Timeline, mainly due to his work with the Pym Particles.

The Pym Particles, Hank’s greatest achievement, is what allow Ant-Man and Wasp to shrink down, but it is also the technology which allowed the Avengers to travel through time to defeat Thanos in “Avengers: Endgame.”

Hank Pym is not only crucial to the success of the Avengers in the Infinity Sage (Every movie from “Iron Man” to “Spider-Man: Far From Home”), but he is also crucial to the history of the Marvel Cinematic Universe.

In the 80s, Hank Pym was doing a lot of work for S.H.I.E.L.D. while also being the original Ant-Man. Douglas’ Hank Pym deserves an MCU title because he is a character that can unlock so much of the history of the MCU with a solo film if it were set in the past.

They can show us Howard Stark’s role in the MCU, the transition from Hydra to S.H.I.E.L.D., and they can show us old shield interactions with the tesseract and other infinity stones.

Upcoming in the MCU is “Ant-Man 3” and there is a lot of speculation about this movie introducing the Fantastic 4. If this were to be true, a movie of Hank Pym in his shield days would be so relevant since the Fantastic 4 will be introduced through the quantum realm in some shape or form.

A hank Pym solo film will bridge the past to the present of the MCU, but can also take us into the future as well. – Sam Roberts 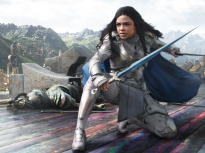 Tessa Thompson’s Valkyrie, who was first featured in “Thor: Ragnarok”, is another character in the MCU who deserves her own movie.

In “Ragnarok”, Valkyrie is introduced to fans as one of the original protectors of Asgard, before being defeated by Hella. This all happened before all the events of the MCU that we’ve seen on screen, and is the spark for Valkyrie to enact revenge.

Valkyrie is a character that deserves her own title because she can give us so much more of the cosmos of the MCU. She also has all the motivation for revenge, so seeing the events that spark this revenge would give so much depth to her character.

Another reason why Thompson’s Valkyrie deserves a solo movie is because Tessa Thompson is an unbelievable actress. In everything where Tessa Thompson has a role, like “Westworld” and “MIB”, she absolutely steals the screen.

She can bring a lot of depth to the Valkyrie character in a solo film because there is still so little we know about the character.

A film showing all the character development that make Thompson into Valkyrie would encapsulate fans and bring fantastic Marvel content to the MCU. – Sam Roberts

Dylan Leipzig is a junior majoring in telecommunications. To contact him, email dml5929@psu.edu

Michael Merendino is a junior majoring in telecommunications. To contact him, email michaelmerendino26@gmail.com or mam8013@psu.edu.