Celebrities We Lost in 2020

“Glee” actress and singer Naya Rivera died in July 2020 after a boating accident on Lake Piru, near her home in California. Rivera was initially reported missing on July 8, 2020 and her body was found five days later after resurfacing on the lake.

Rivera was best known for her role as Santana Lopez on “Glee.” In the second season of the series, it was revealed that Rivera’s character was a lesbian. Santana is regarded as a benchmark character in terms of queer representation in television. The actress has also been praised for her emotionally charged performances on the series.

The character of Santana was a real, raw depiction of the difficulties teenagers can face when coming to terms with their sexuality. Many fans say that the performances of Rivera and her close friend and co-star Heather Morris, who played Rivera’s partner on “Glee,” helped them to understand and accept their queer identity.

When she wasn’t in front of the camera, Rivera used her platform to speak out against racism and campaign for the rights of immigrants, women and the LGBTQ+ community. She also dabbled in a music career after the success of “Glee,” releasing her single “Sorry” through Columbia Records in 2013.

Though she is best known from “Glee,” Rivera acted in more than 35 projects between the years of 1991 and 2020. Her contributions to the film, television and music industries as an Afro-Latina woman were inspirational to many.

Rivera was the third member of the original cast of “Glee” to die at a young age. Her body was found on July 13, 2020, the same day that “Glee” co-star Cory Monteith died seven years earlier. Fans were shocked by the coincidence, due to the two’s friendship on and offscreen. – Sarah Simpson 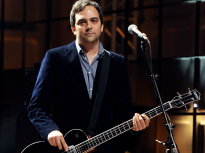 Adam Schlesinger, American songwriter, instrumentalist and record producer, died at age 52 in April 2020, following complications of COVID-19. His diverse contributions to the music industry may be unknown to many, but have created a legacy that will last long after his death.

Schlesinger was an original member of the bands Fountains of Wayne, Ivy and Tinted Windows, which were prominent in the 1990s and 2000s. He also was a producer and songwriter for groups like Fever High, The Monkees, Dashboard Confessional and more.

In the television industry, Schlesinger composed music for more than thirty different shows throughout his career, including multiple installments of the Tony Awards and Emmy Awards. Most recently, he was the executive music producer and a songwriter for the CW’s “Crazy Ex-Girlfriend.”

Schlesinger also composed, wrote and produced music for several films of various genres, including “Ice Age: Continental Drift,” “Music and Lyrics,” “Scary Movie” and “There’s Something About Mary.” He was also involved in the theatre community, working on 4 different productions throughout his career.

His dedication to the music industry earned Schlesinger three Emmy Awards, one Grammy Award and numerous nominations for the Academy, Golden Globe and Tony Awards. His hit song with Fountains of Wayne, “Stacy’s Mom,” also received two Grammy nominations in 2003.

Though much of his work was done behind the scenes, there is no doubt that Schlesinger’s dedication had a huge impact on the music industry in many ways. – Sarah Simpson

“Jeopardy!” host Alex Trebek died in early November 2020 after battling pancreatic cancer for two years. Trebek was a native of Canada, but became very popular in the United States as well for his prominence as a game show host and television personality.

Trebek’s career began in 1961 with the Canadian Broadcasting Corporation, where he worked while also in school. He was an announcer for news, sports and other events, determined to get his foot in the door by trying everything.

Not long after, Trebek garnered attention and worked in various hosting jobs as a broadcaster. He got his start in the United States by hosting the NBC game show, “Wizard of Odds,” in 1973. Trebek went on to host CBS’ “Double Dare” and NBC’s “High Rollers” in the ‘70s as well, among other projects.

He began hosting a revival of the game show “Jeopardy!” in 1984, escalating his popularity and establishing Trebek as a household name. He remained the host until his death in November.

Trebek was a seven-time Daytime Emmy Award winner for “Outstanding Game Show Host,” thanks to his work on “Jeopardy!” After his death, many fans are anxious to hear whether the iconic game show will continue without Trebek hosting. Regardless, Trebek’s impact on the television industry will always be remembered. – Sarah Simpson 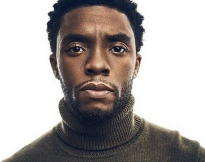 Actor Chadwick Boseman died due to cancer back in late August and came as an absolute shock to many communities.

Boseman had battled colon cancer for four years while still producing movies and providing a fresh face to Hollywood. His resolve during his last years was absolute, as the actor had basically shouldered through his cancer and acted like he was perfectly fine when in public.

Due to this, many of his fans and colleagues didn’t even know he had colon cancer, adding to the shock when his death was announced on August 28th.

Perhaps his most known role to date is King T’Challa, the Black Panther, in the “Marvel Cinematic Universe”. Boseman also starred in multiple other films such as “21 Bridges”, “42”, and “Marshal”.

With his role as Black Panther in multiple MCU films, he is considered to be the trailblazing actor to bring diversity to the “Marvel” movies.

Boseman began acting in 2010, however his breakthrough performance came with 2013’s “42”, when he portrayed baseball player Jackie Robinson. He continued to portray historical figures in both “Get on Up” as singer James Brown and “Marshal” as Supreme Court Justice Thurgood Marshall.

Boseman’s death was a massive shock to many, and his work in cinema will be cherished forever. – Colton Pleslusky 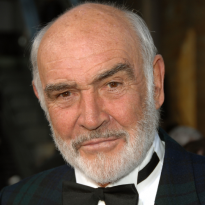 Sean Connery passed away on October 31st in his home in Nassau. His cause of death was never revealed, but it was said that he had been unwell for some time.

Connery served in the Royal Navy, and attempted being a bodybuilder before committing to acting.

He is the first actor to portray the fictional agent James Bond, and is one of his more well-known roles. Connery played the character for six films, with the final being “Never Say Never Again”.

Connery took on many roles throughout his lifetime, with a few being “Indiana Jones and the Last Crusade”, “The Hunt for Red October”, and “Murder on the Orient Express”. He retired from acting in 2006, but did briefly return for voice over roles in 2012.

Connery was known for his absolute love and dedication to his home of Scotland, even possessing a tattoo that expressed such. He was a part of the Scottish National Party, which campaigned for independence from England.

Sean Connery is a legendary and classic actor who will be remembered for many, many years. – Colton Pleslusky

Sarah Simpson is a junior from Irwin, Pennsylvania majoring in film-video at Penn State. She is a writer for the CommRadio arts & entertainment department. She is also the president of Penn State Network Television (PSNtv), Penn State’s student-run television network. In addition, she is the director for PSNtv’s weekly news broadcast PSN News. She has also interned with Penn State Athletics as a live video production intern. If you’d like to contact her, email .(JavaScript must be enabled to view this email address).