In an effort to expose a larger population of readers to “classic” films, CommRadio’s Arts & Entertainment Department is providing a weekly retrospective of notable motion pictures. These movies are selected individually for their cultural and cinematic achievements. For this submission to the Deep Focus, our department has chosen Alfonso Cuarón’s 2006 film, “Children of Men.” 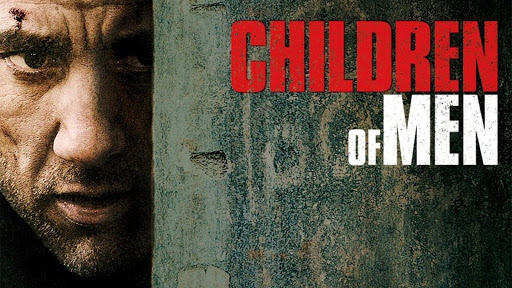 At the 2019 Oscars, Alfonso Cuarón took home the Academy Award for Best Director and Best Cinematography in relation in his newest film, “Roma.” One of the greatest filmmakers of the past two decades, the Mexican director has also earned acclaim for movies such as “Y Tu Mamá También” and “Gravity.” However, his 2006 apocalyptic drama “Children of Men” has grown to the greatest renown among film critics, even after bombing in the box office.

Set in 2027’s apocalyptic United Kingdom, “Children of Men” depicts a future 18 years after an infertility crisis created the inevitable extinction of humanity. No children have been born in that time and much of the world has been rendered uninhabitable. As one of only a few countries with a functional government, the United Kingdom responds to an overwhelming refugee crisis by forming a militarized state and punishing illegal immigrants with death. With terrorist attacks and paramilitary groups abound, it is up to Theo (Clive Owen) to escort Kee (Clare-Hope Ashitey) to safety, as she is pregnant with the first child in decades.

The first aspect of note here is the premise. A slow-moving apocalypse by way of infertility is an interesting take on the dystopian genre. Rather than a sudden crisis like an asteroid or a zombie horde, the prospect of a literally “lost” generation would create a world where there is nobody to inherit the planet. Without young people to eventually take the reigns, an aging world population annihilates itself with constant wars and other self-destructive feats. 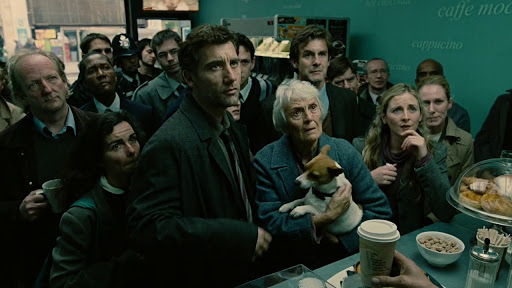 The first scene sets the tone perfectly. A newsreel mourns the death of Baby Diego, the world’s youngest man. This itself is a great hook for the viewer, but it also forces everyone to confront their mortality. Just after Theo leaves a mundane coffee shop, a bomb kills everyone inside. Again, it puts mortality on the brain while also establishing the dangers present in this future.

When Theo is introduced to a pregnant woman, Kee, his priorities change entirely. Kee is the “key” to rebuilding the earth, as she is proof that there is some hope left. However, her presence causes the rebel group to turn and spiral into a power vacuum. Because there is a point of hope, corrupt people will conflict with each other to take control of it. Even in the end times, when everyone recognizes the horror they are witness to, selfish people will cling to their guns and fight for their iceberg as it melts below them.

This sentiment is externalized by the movie’s second pressing issue: the worldwide refugee crisis. The UK government has a no-tolerance policy with those who enter illegally and the resistance group is more interested in political posturing than practical solutions. Clearly, they cannot accept everyone that wants to enter the country, but the means by which they counter the problem are excessive and inhumane. The commentary on this issue is clear, even though the stakes are raised due to the situation.

The conflict here is that Kee, the last bit of hope in a world in dire need, is a refugee that requires the facilities left accessible only from the UK. Because she is not a citizen, she has to be smuggled into the country by the resistance group. After they inevitably turn on her, Kee is up against the UK government, her own smugglers, and anyone that would take advantage of her. This situation is reminiscent of those currently active along the American southern border and along the Mediterranean, though neither issue was as heavily discussed as today. In this sense, “Children of Men” was incredibly prescient.

Before discussing the implications of the film’s ending, there had ought to be some recognition of the craft in this movie. “Children of Men” is most often recognized for its exemplary use of long takes to tell its story. Long takes allow the viewer to gain better recognition of a scene without the interruption of cuts. They are visually impressive and notoriously difficult to pull off. In particular, the scene where Theo, Kee, Julian, and company drive through an ambush. This sequence features one of the greatest long takes in cinematic history, and it needs to be seen to be fully appreciated.

The film is also known for a near documentarian approach to cinematography, as the camera spends quite a bit of time within the action rather than without. The result is a very personal and upfront feeling from the action scenes. The action sequences have sometimes been compared to wartime footage from the Bush-era Iraq war, and the influence is noticeable. This film was colored in many ways by the conflict in the Gulf, not only visually, but in tone and theme. 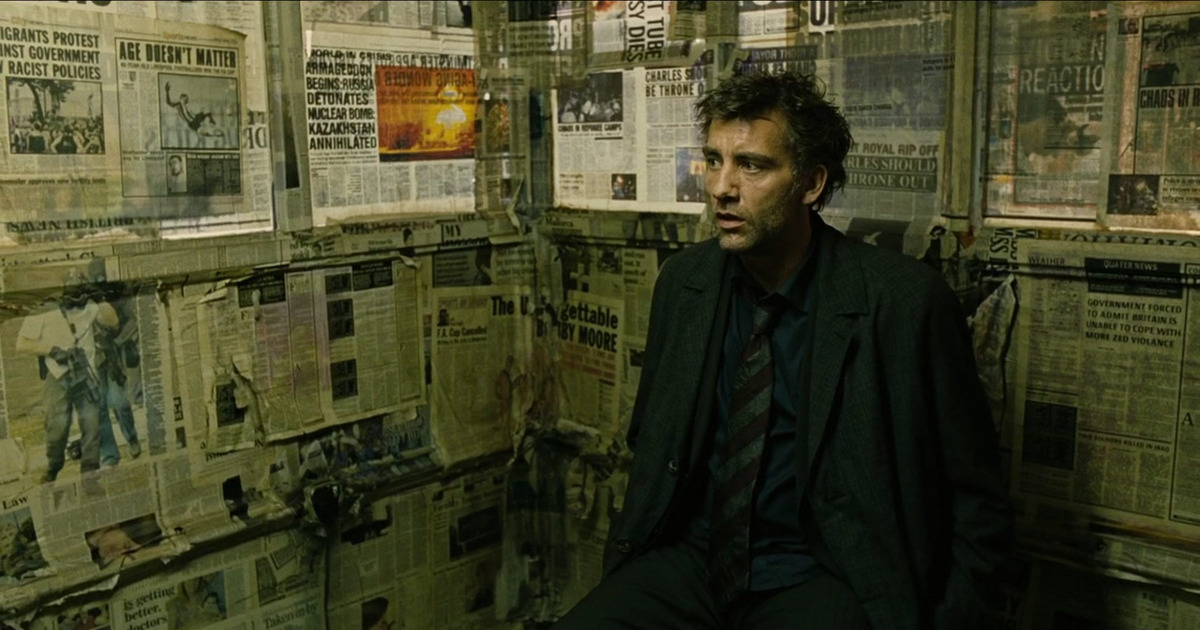 “Children of Men” concludes with a stunning set of scenes within an English refugee camp. The UK army lets loose with arms against the asylum seekers, using tanks and artillery to clear people away. All the while, Kee has contractions and is forced to give birth in a war zone as Luke, the new rebel leader, tries to hunt her down. The fighting only ceases when Kee and Theo escape the bombarded building, clutching the terrified newborn. At this moment, the gift of life is enough to inspire everyone they pass and trigger a ceasefire.

This finale is an incredible moment in this film. For a world that had no hope, the answer to their prayers has been born from the least likely of places. An African refugee has possibly ignited the salvation of mankind. This child, with any luck, could reunite a planet ravaged by decades of disrepair. This ending seems to represent an optimistic outlook for the world’s youth. That past generations have created problems that only their children can be tasked with resolving.

All in all, “Children of Men” is Alfonso Cuarón’s most thought-provoking film. It may not have been recognized immediately, but this movie has since earned a reputation as one of the most essential pictures of the 21st century so far. Cuarón is a one-of-a-kind director with incredible visual flair and a penchant for stories that affect audiences at their most base level. With much to say about human rights and generational divide, “Children of Men” is a must-see that can be given an absolute recommendation.

Billy Jackson is a junior majoring in film/video production. To contact him, email wjj5064@gmail.com.