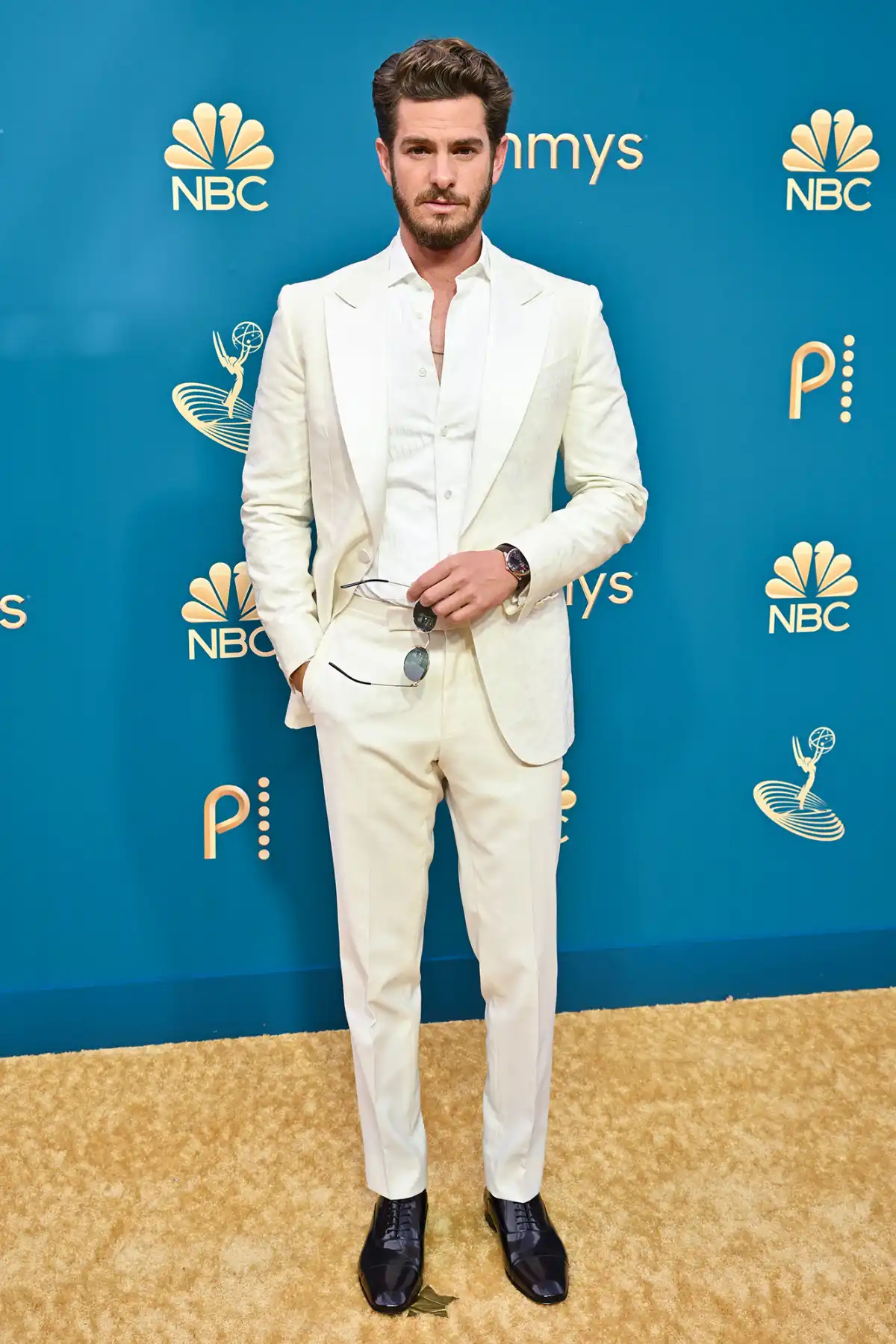 In his recent awards show appearances, Andrew Garfield has owned the red carpet with bold looks that are a refreshing break from the typical black-and-white tux.

Garfield wasn’t the only male star decked out in white on the carpet. Nicholas Braun, Seth Rogan, John Legend and others also chose the look.

What made Garfield stand out was the nonchalant popped collar, sunglasses dangling at his side, and his signature charm that photographers captured perfectly.

Garfield was nominated at the ceremony for his role as Jeb Pyre, a mormon detective in FX’s limited series ‘Under the Banner of Heaven.’ He ultimately lost the Lead Actor in a Limited or Anthology Series award to Michael Keaton, but he certainly looked like a winner on the red carpet. - Kaitlyn Murphy 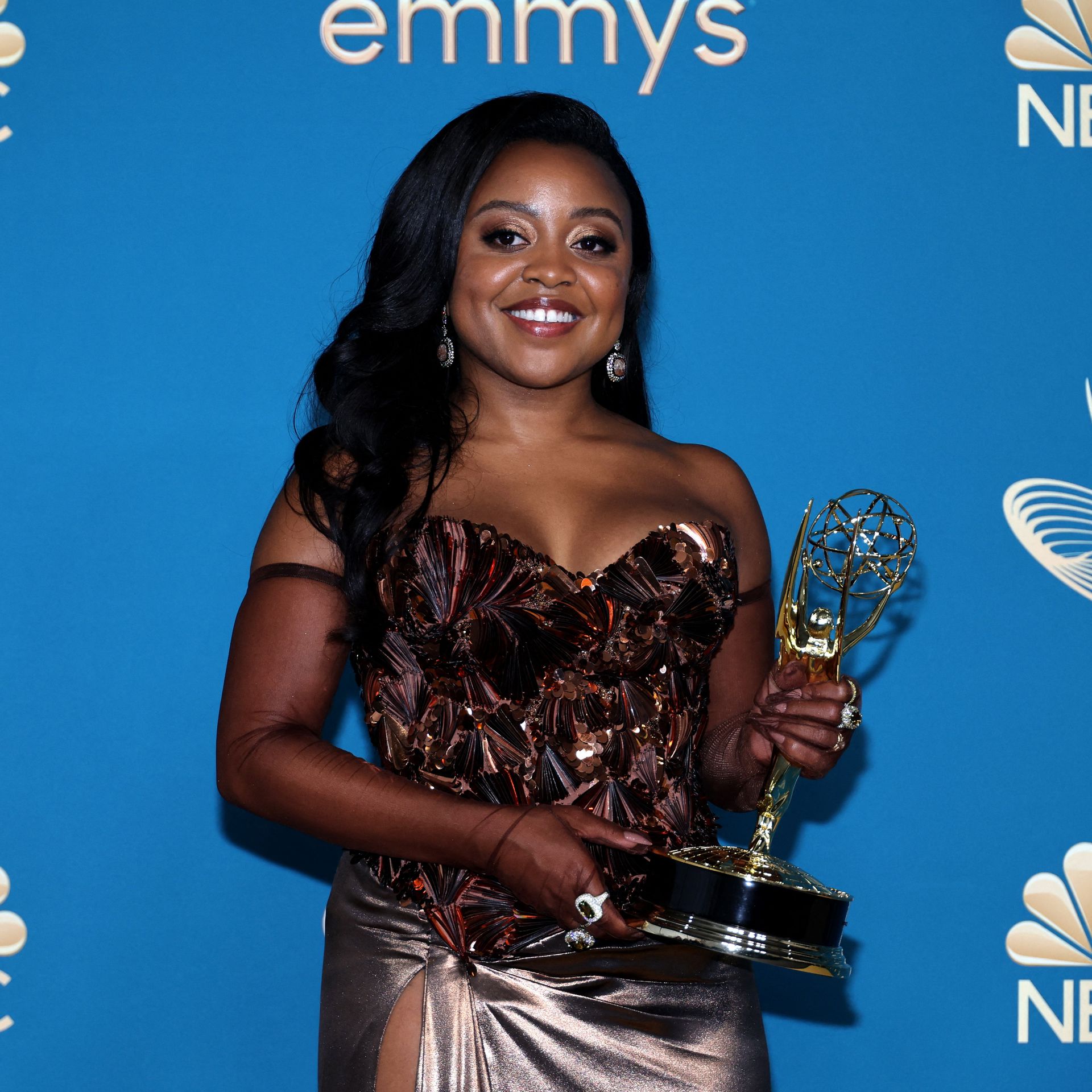 The creator, executive producer, writer and star of ABC’s hit “Abbott Elementary” was one of the most talked about names this Emmys season.

Quinta Brunson may be more proud of her historic win as the first black woman to win for outstanding writing in a comedy series, but her red carpet look also deserves some recognition.

Brunson stunned in a bronze Dolce & Gabbana gown that fit her perfectly.

Considering Brunson is only 4-foot-11, her stylist deserves significant credit for finding a gown that fits the comedian's petite frame so well.

In a Vanity Fair video, while Brunson was getting ready, she noted that her stylist originally wanted her to be dressed in gold. However, Brunson didn’t want to be “that girl who shows up to the Emmys in gold.”

Luckily, the bronze-copper gown paired with sheer gloves was flawless and complemented Brunson’s beauty so well.

Brunson has stunned the entire awards cycle, and with “Abbott Elementary” Emmys success and the second season coming soon, it looks like Brunson and her looks are going nowhere. - Sophia D’Ovidio 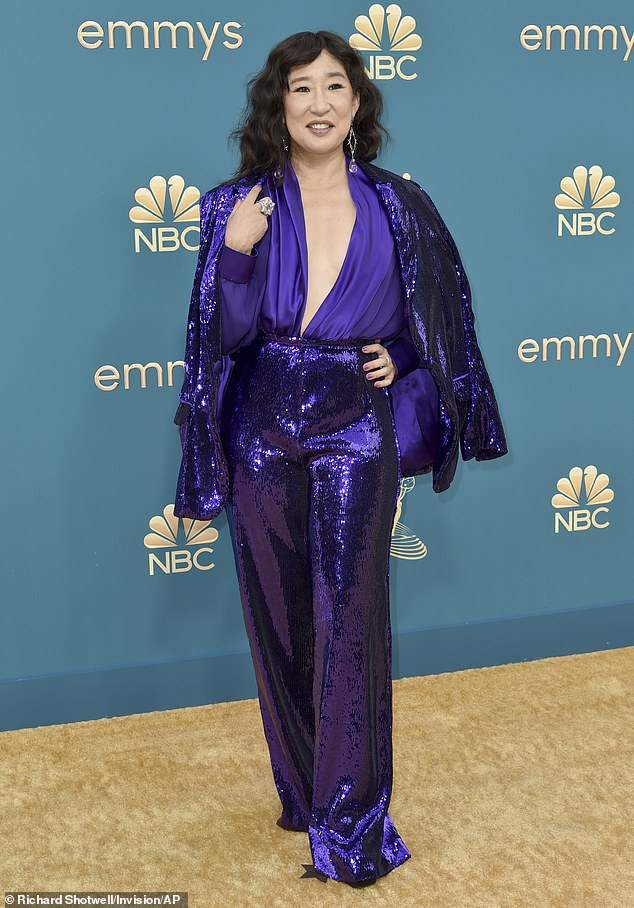 Celebrities spend hours before an event preparing the “perfect” look to impress the audience. Sandra Oh planned out every aspect of the outfit from the sequin in her jumpsuit, to her eye make up.

Sandra Oh has officially coined the color purple in her incredible Rodarte jumpsuit. She was going for a bright rock ‘n roll style with the sequin purple jumpsuit and the deep v neck on her satin top. Sandra completed the look with a smokey eye, black heels and dangling chandelier earrings.

Purple is a color that represents luxury, royalty and power. Her confidence eludes from the jumpsuit in a chilling way. There is something about the color purple and the way it compliments her dark brown hair and her skin tone that truly makes her look powerful on the runway.

The look caused all eyes to be on her as she walked through the carpet. It is quite normal to see Sandra dressed vibrantly to awards shows, but fans are freaking out over her look in purple.

While Sandra Oh did not win the ‘Best Actress In a Drama Series’ nomination, she was one of the best dressed on that red carpet.  - Mariana Puerta 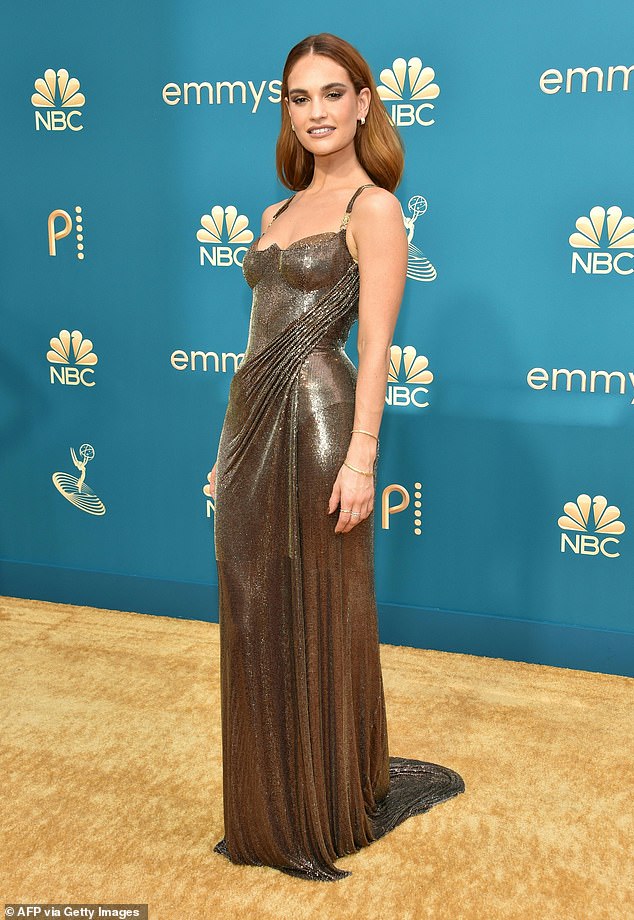 By definition, the word eat means to “put (food) into the mouth, chew and swallow it,” however, it can be better understood as exactly what Lily James did on the Emmys red carpet.

James took the carpet by storm with a stunning bronze bustier gown, resembling a warrior princess. The chainmail dress, by Versace, presented a strong feminine look with sharp lines and gold chain accents. This paired well with both her nomination for Best Lead Actress in a Limited Series as well as with her dark brown and gold eyeshadow makeup look.

Overall, the wardrobe was unique, cohesive and perfect for James. The dress suited her body shape like no other hugging her waist line in a corset-like fashion and including ruched detailing crossing diagonally from her hip to the side of her bust.

There were many celebrities that looked flawless on Emmy night, but few come close to the chainmail knight that is Lily James. - Erell Williams


Kaitlyn Murphy is a first-year majoring in digital and print journalism. To contact her, email kvm6255@psu.edu.

Mariana Puerta is a first-year majoring in communications. To contact her, email mkp5936@psu.edu