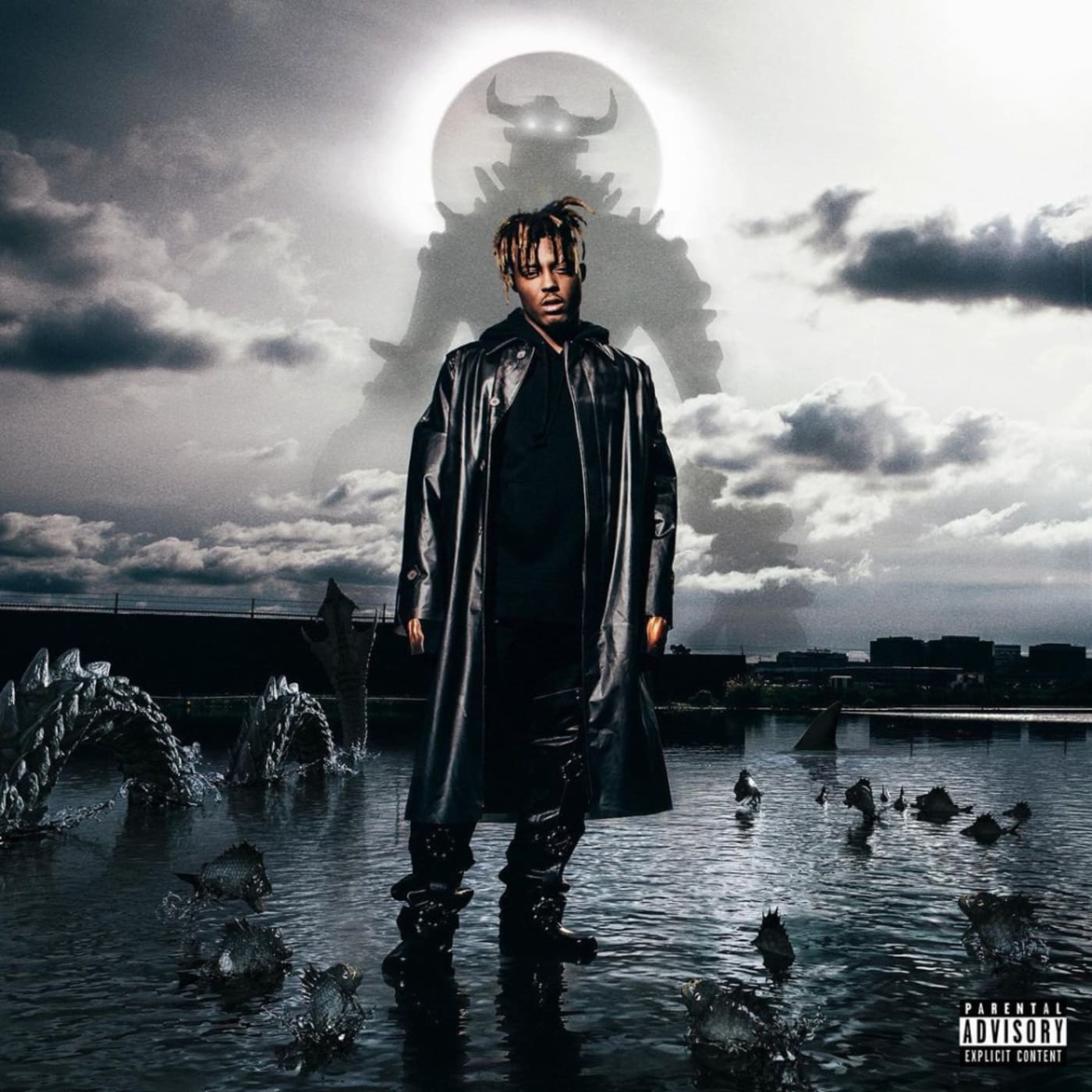 One of the most highly anticipated albums of the year finally came, albeit a little later than fans may have originally thought.

After teasing a Summer album, Lil Bibby and Grade A dropped Juice WRLD’s second posthumous album, “Fighting Demons,” and for as long as it took, it was a solid album.

There are a host of good features that don’t feel forced like some other posthumous albums, and many of the songs don’t have features whatsoever, which is a testament to how much music Juice made before he died.

While all of the songs were previously leaked or previewed, there were a lot of tweaks to many of them, most of which were for the better. For example, in the first song on the album “Burn” the record label added gunshots over Juice singing “Burn” in the chorus, which really works.

“Burn” is one of the better songs on the album as a whole, with a sort of soothing melody to go along with solid lyrics, it’s a great way to open the album and lead into the lead single, “Already Dead.”

Previously, one of the biggest unreleased grails, “Already Dead” did not disappoint and could honestly be the best Juice WRLD song on streaming services.

Another one of the better songs “You Wouldn’t Understand” comes right at the beginning of the album, as well, and it is one of the more emotional songs on “Fighting Demons.” Juice discusses his battles with drug addiction, which is one of the main themes of this album.

It’s no secret he died due to his addiction to drugs, and the label wanted to create a project to raise awareness to drug abuse and addiction, and it can be heard a plethora of times throughout the album, including “Rockstar in his Prime.”

Juice sings, “If I take too many percs then I won’t die, if I drink too much of this syrup then I won’t fly,” which portrays the invincibility people can feel against drugs, but ultimately, it’s what claimed his life.

While there are a handful of big collabs on the project, the biggest comes in “Feline” when two of Juice’s closest friends, Polo G and Tripped Redd, hop on the track.

This song flows as one of the best on the entire album with the features, a testament to how well the label put it together. However, the feature that gained the most traction was Suga of BTS on “Girl Of My Dreams.”

Suga of BTS sings in Korean after Juice’s pleasant vocals sing about love for the first half of the song.

For mainstream American fans, though, the biggest feature may come in the form of Justin Bieber in “Wandered to LA,” the second single off the album.

Bieber detailed his struggles with addiction in the trailer for this song, which is why he wanted to collaborate with Juice; however, in the song, Bieber discusses his love life, while the chorus depicts a drug-filled romance.

Overall, there are features that work really well on “Fighting Demons” and it brings awareness to drug abuse and addiction, which was Lil Bibby’s goal. Reportedly, this project is just a soundtrack for the upcoming documentary “Into the Abyss,” and there could be more Juice WRLD music on the way.

If this is the final bit of posthumous Juice WRLD music fans get, though, it was a solid album to end on with a few great songs, but no bad songs.


Zech Lambert is a fourth-year majoring in broadcast journalism. To contact him, email zbl5146@psu.edu.

Zech is a senior from Northampton, Pennsylvania. He is a football insider for CommRadio. He is also a co-host on the weekly talk show Ducks on the Pond, while also doing play-by-play for CommRadio and B1G+. On top of that, Zech is a sports editor at the Daily Collegian. Over the summer, he interned with the Charlottesville Tom Sox of the Valley Baseball League doing play-by-play, among other media roles. To contact him, email .(JavaScript must be enabled to view this email address). You can also tweet him @Zech_Lambert with any random thoughts or just to have some sports banter.