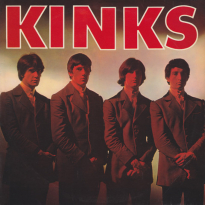 One of the most impactful musical movements of the 20th century was the British Invasion of the 1960s — with many bands making their way towards big success and influence in America.

The Beatles would kick off this cultural phenomenon, ruling the American teen pop scene.
Other amazing bands such as the Yardbirds, the Who and the Zombies would soon follow, garnering their own fan bases and influence.

One band continues to have an influence on the works of younger generations today and remained underrated throughout the height of the “invasion”: the Kinks.

The Kinks began their career with the launch of their self-titled LP “Kinks” in 1964, entering a world in which Britpop and Pop Rock were highly in demand.

Original band members consisted of Ray Davies (lead singer and rhythm guitar), Dave Davies (lead guitar), Mick Avory (drums) and Pete Quaife (bass). The band would reach commercial success at the time through recognizable hits like “You Really Got Me” and “All Day and All Night.”

What made them so unique, though, is how their raw and primal sound completely contrasted their uniform appearance.

Ray’s snarling vocals and calm demeanor at live performances complemented Dave’s guitar ripping perfectly.  Additionally, Ray’s distorted guitar would also become iconic, with many mistaking Jimmy Page as the one playing guitar in “You Really Got Me.”

Alas, their prime during the British Invasion would be cut short due to their wild stage antics. They were banned in America from 1964-1969 after a series of violent incidents on- and off-stage.
Although not their best album — that honor goes to “The Kinks Are the Village Green Preservation Society” — their debut record played a huge part in their later development and future releases.

Rock artists such as Blur, Franz Ferdinand, Oasis and the Strokes quote them as having a huge effect on their music and the modern-day indie rock scene.  — Jon Mead 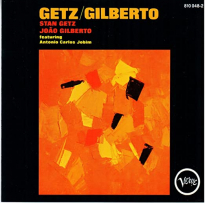 The Beatles outshined João Gilberto and Stan Getz many times in 1964 alone. However, the duo’s outstanding and stunning melodies live and recorded have influenced modern music.

“Getz/Gilbert” reinvented jazz and bossa nova music. The simple guitar, saxophone and piano created a new way of making and enjoying music. Many artists have hopped on this easy train.

Gilberto’s wife, Astrud Gilberto, became insanely famous from the incredible hit “The Girl from Ipanema.” This song is the second most covered song of all time after “Yesterday” by The Beatles. From astounding jazz artists like Frank Sinatra to Amy Winehouse, “The Girl from Ipanema” is a song loved by all.

The Brazilian composer and collaborator on the album, Antônio Carlos Jobim, was introduced to the English-speaking world. He wrote six out of the eight compositions, two of which became his masterpieces. Jobim is well known for his songs “Desafinado" and "Corcovado.”
“Getz/Gilbert” sold more than two million copies in just 1964. In 1965, it won the Grammy Awards for Best Album of the Year, Best Jazz

Instrumental Album, Individual or Group and Best Engineered Recording - Non-Classical. "The Girl from Ipanema" also won Record of the Year award in 1965. This was the first time a jazz album received Album of the Year. 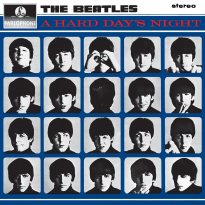 “A Hard Day’s Night” — The Beatles

Boy band sensation, The Beatles, released their third studio album “A Hard Day's Night” on July 10, 1964. This album was the first time  John Lennon and Paul McCartney were responsible for writing all 14 songs on the album.

This is the first album where listeners were able to see the band experimenting with new musical ideas and having great success with them.

Not only was the music for this album quite significant for the band, they also named their first movie after the album title. The film was a British-comedy musical piece released during the heart of Beatlemania and British Invasion, making it a classic and timeless film.

“A Hard Day’s Night” reached the Beatles fan base from all around the world, helping the band create a larger audience.
The album was revolutionary and paved a new way for The Beatles sound. The rock album has some of the classic Beatles songs, “A Hard Day’s Night,” “Can’t Buy Me Love” and “And I Love Her.”

These songs are timeless and generations today still recognize these songs and know that this album will forever be remembered as a classic.
“A Hard Day’s Night” remained No. 1 in the U.K. charts for 21 weeks.

This fun, upbeat rock album led the way to a new sound for the band while also creating timeless hits for generations to come. — Payton Steckroat 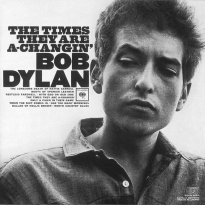 “The Times They Are a-Changin” — Bob Dylan

While most of the world — particularly America — were focused on the rise of what would become the biggest band of all time, the Beatles, another artist was rising in pop culture and preparing to shatter expectations.

Bob Dylan had seen previous success with his 1963 album “The Freewheelin’ Bob Dylan,” which the artist would attribute as his claim to fame. Eventually, it would go down in history as one of Dylan’s greatest pieces of work, though “The Times They Are a-Changin” shouldn’t be overlooked.

This was the first time Dylan would release a full length album solely composed of his own written songs, which would cement the folk singer as undoubtedly one of the greatest songwriters of the 20th century. In fact, Dylan’s albums like “The Times They Are a-Changin” would go on to influence the Beatles as songwriters and musicians in their own right.

There’s nothing about Dylan that screams superstar — he’s scrawny, plays the harmonica and frankly isn’t the greatest singer. Additionally, “The Times They Are a-Changin” isn’t exactly Billboard chart worthy, which is what most artists were striving toward.

Yet, that’s what made Dylan’s work so brilliant. He was one of the only musicians at the time tackling such difficult themes like war, racism and poverty. While “The Freewheelin’ Bob Dylan” is often regarded as one of his greatest pieces of music, the true test of artistry in Dylan came out through his junior album.

“The Times They Are a-Changin” is a poetic, soulful, historical collection of songs that will remain a powerful force that built the legend of Dylan. — Jade Campos