The members of the CommRadio Arts & Entertainment staff revisit a handful of the most iconic albums from 1970 in this edition of Looking Through Time. 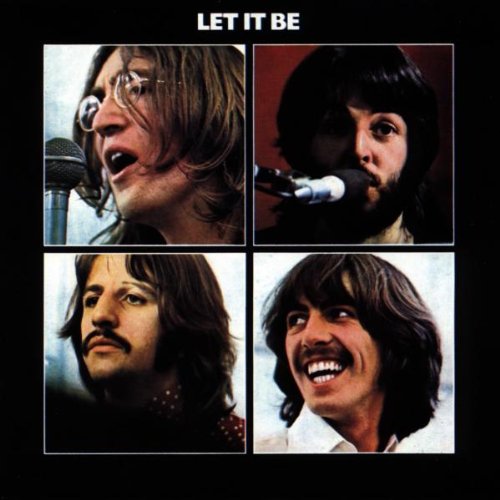 A cathartic closing to the career of what is rightfully argued as one of the best bands of all time, the Beatles’ 12th and final record “Let It Be” marked the end of an era. Audiences were shocked to find that by the time the album hit store shelves, the Beatles were no more.

The band’s tensions unfortunately bleed through into the album, but the record still sounds fairly solid. Considering how difficult the recording process had been, it’s incredible that “Let It Be” is able to contend with much of the Beatles’ stellar discography. Incorporating some of the band’s most immediately recognizable hits, such as “The Long and Winding Road,” “Across the Universe” and the album’s title track, “Let It Be” rose to the top of the charts. Even the album’s deeper cuts such as “I Me Mine” and “I’ve Got A Feeling” were able to help solidify the album’s magnificent revisiting potential.

Although the dissolving of the band has an evident fracturing effect on the record, the Beatles’ final project is clearly a concrete exhibition of their classic sound. It is also important to note that the album ends with the upbeat and zany “Get Back,” which closes the record with a pleasant tone as opposed to one more sorrowful.

A noteworthy addition to the Beatles’ impressive collection of work, “Let It Be” is one of the group’s most iconic records. The album seemingly asks audiences not to be sad that the Beatles were over but to instead be glad that they had happened.  –Scott Perdue 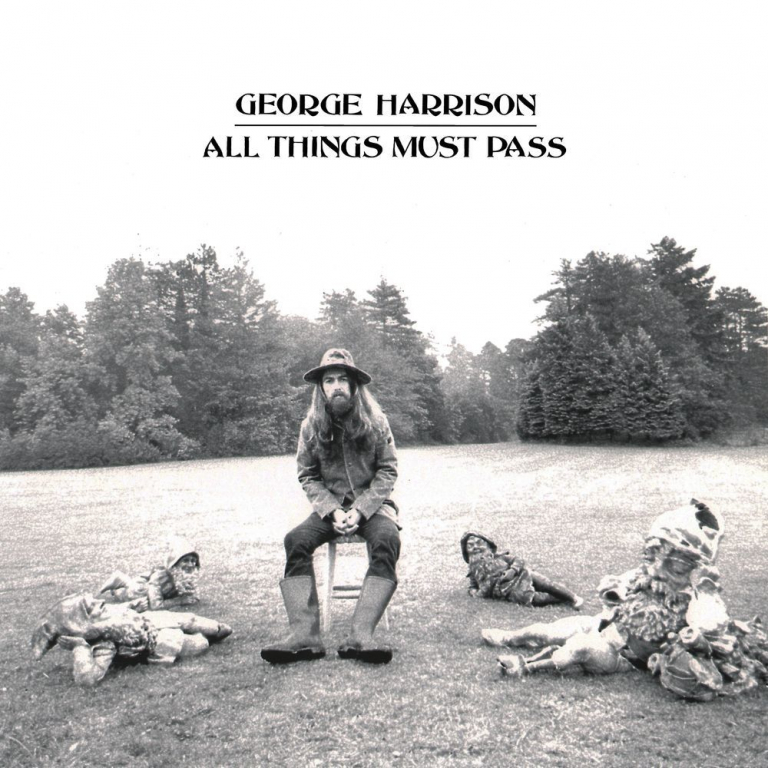 George Harrison – "All Things Must Pass"

During the heyday of the Beatles’ popularity in the 1960s, most people presumed John Lennon and Paul McCartney to be the most talented artists of the group. Therefore, critics and diehard fans alike expected the former songwriting duo to emerge as the most successful solo artists following the Beatles’ breakup. However, George Harrison’s talents for songwriting and making music were brewing beneath the surface of the Lennon-McCartney facade for years.

“All Things Must Pass” proves the long-asked question of whether Harrison truly was equal to The Beatles’ power couple — the answer is yes, and perhaps even greater. The album is chock-full of long-adored Harrison classics such as “My Sweet Lord” and hidden gems like “Isn’t It a Pity.” It was a moment of emergence for the former Beatle who stood in the shadow of his bandmates for years, just bursting at the ends with talent and creativity. “All Things Must Pass” is so full of Harrison’s genius that it doesn’t fit on just one vinyl; it takes three records, or six whole sides, to contain this beast.

What makes “All Things Must Pass” a defining album of 1970 is not only the fact that it is an incredible work of art, but it is also a symbolic mark of the end of the Beatles’ reign throughout the 1960s. The four parts were not necessary to one another’s success or talents, and Harrison truly rose above Lennon and McCartney’s own attempts at solo debuts. There was no reason for the Beatles to reunite when Harrison could create chart-topping songs with only breathtaking lyrics and a guitar.  –Jade Campos 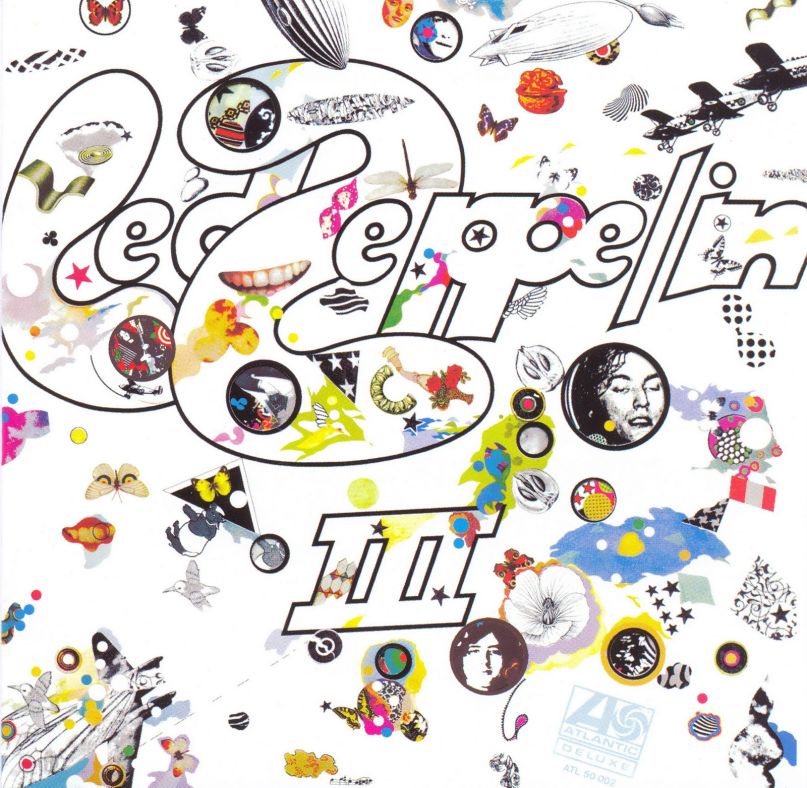 1970 was surely quite a year for music. It also happened to be the year that Led Zeppelin released its third self-titled album. After great success in 1969 with “Led Zeppelin” and “Led Zeppelin II,” the band opened the new decade with yet another classic. Led Zeppelin went on an arguably unrivaled run, releasing four self-titled classics in a span of just three years (1969-1971).

There is a noticeable difference between the sound of “Led Zeppelin III” and the previous album. The band displays its English folk roots more on this project, and guitarist Jimmy Page showcases the grace of an acoustic guitar.

“Immigrant Song” is an iconic hit that is still relevant today because of its influence on cinema. “Since I’ve Been Loving You” has the beautiful, slow buildup into a burst of emotions, a sound that Led Zeppelin mastered. “Tangerine” and “Bron-Y-Aur Stomp,” meanwhile, provide the refreshing, acoustic sound to the album.  –Connor Trask 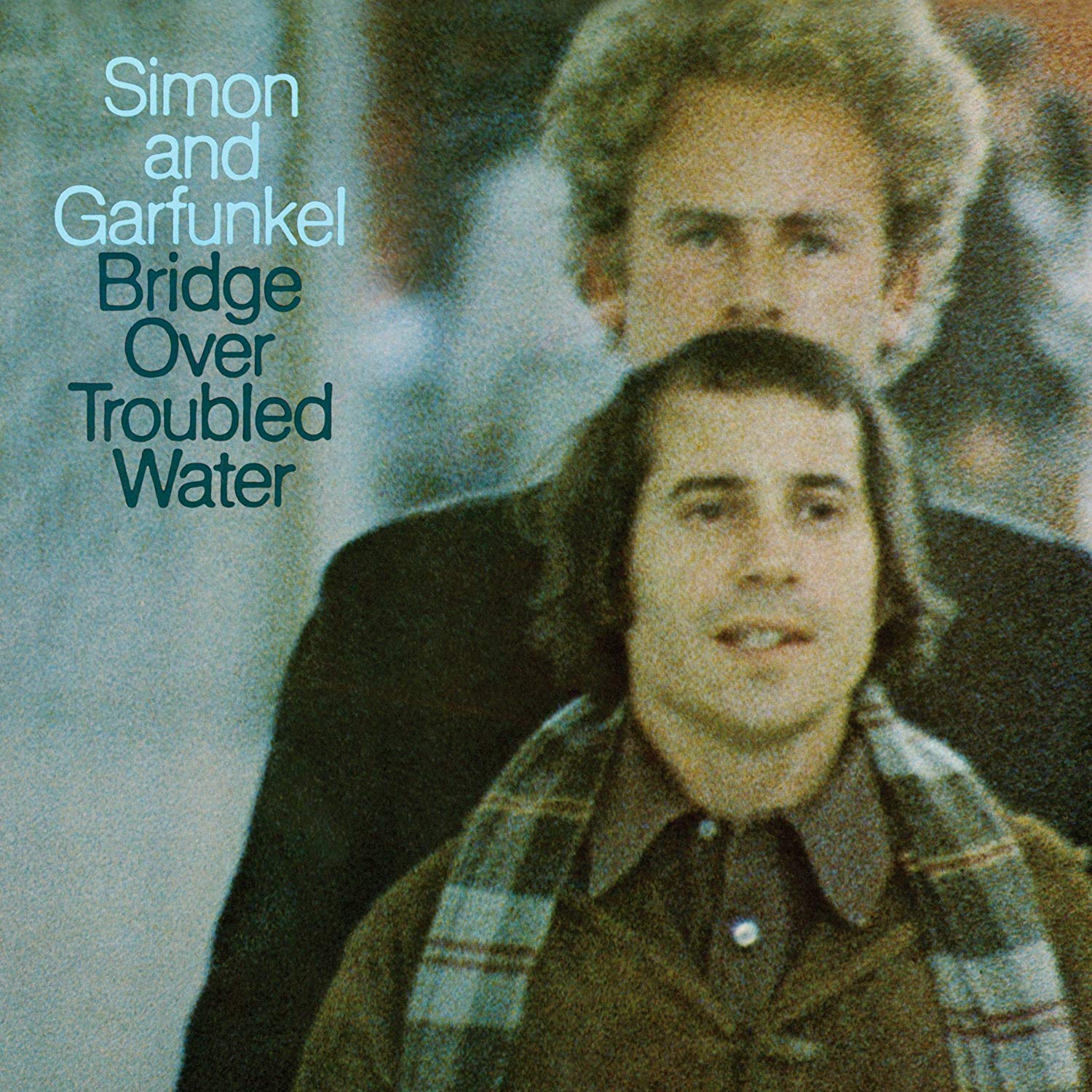 The final studio album made by the legendary duo of Paul Simon and Art Garfunkel, “Bridge over Troubled Water” is not only a culmination of their sound but also a fantastic sendoff to the duo. Due to creative differences, this was unfortunately the last record that Simon and Garfunkel would ever make together. However, this record is home to several amazing tracks, such as the aptly named "Bridge over Troubled Water," "Baby Driver" and "The Boxer". They are all similar in that they share the folk sound that Simon and Garfunkel were known for, as well as the intelligent lyrics and brilliant instrumentation of the duo.

It is currently disputed which of their albums is said to be the best, though many argue that this record is the artists at their prime, just before they decided to split up. Regardless of where it is placed among listeners, one cannot deny that “Bridge over Troubled Water” is one of the best albums ever made.  –Jack Grossman 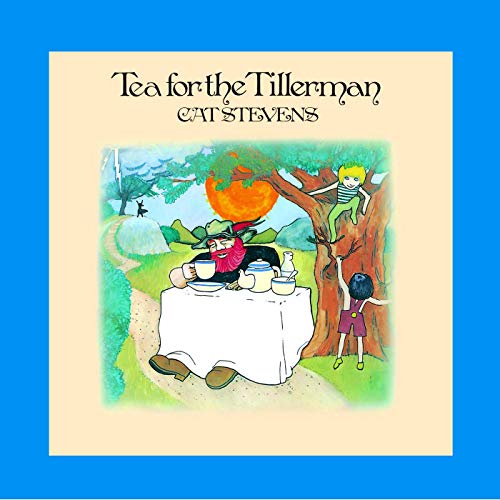 Cat Stevens – "Tea for the Tillerman"

Yusuf Islam, better known by stage name Cat Stevens, is one of the most iconic artists of his generation, and his 1970 album “Tea for the Tillerman” holds a lasting impact in the world of music today. Anyone who knows about Cat Stevens most likely knows about this album, as it contains some of his most famous songs within. While the lyrics and instrumentals are simple, they are incredibly relatable. Each song sounds almost like a memory from the past, which gives his music a nostalgic effect with each listen. “Wild World,” “Father and Son” and “Where Do The Children Play?” are just a few of the most memorable tracks from this record.

Stevens' passion as a songwriter is evident, and that is only proven truer with this album. Through the years, Cat Stevens has remained one of the most culturally important artists of all time, and he drives this point home with his work on “Tea for the Tillerman.”  –Jenna Minnig 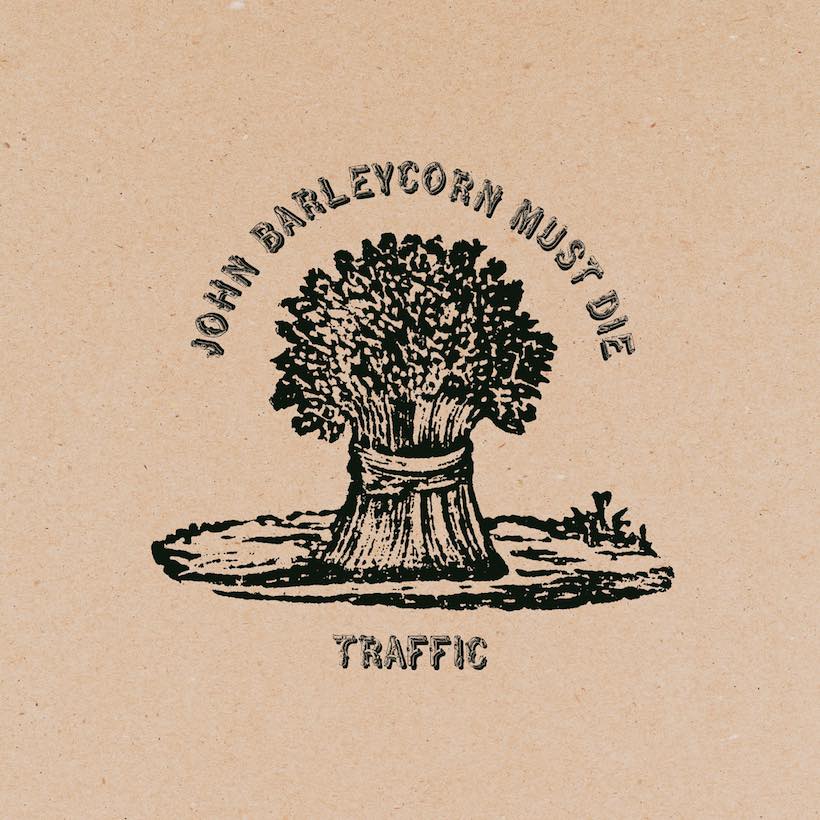 When acknowledging the most significant artists of the late 1960s and early 1970s, names like the Beatles, the Rolling Stones and Pink Floyd instantly come to mind. But many forget about Traffic, another highly important and highly influential group that helped shape the genres of psychedelic rock, progressive rock and jazz fusion.

Formed in Birmingham, England in 1967 by Steve Winwood, Dave Mason, Jim Capaldi and Chris Wood, Traffic would go on to record recognizable singles such as “Paper Sun,” “Dear Mr. Fantasy” and “Feelin’ Alright?,” as well as innovative and captivating records like 1971’s “The Low Spark of High-Heeled Boys” and its predecessor “John Barleycorn Must Die”: often labeled Traffic’s crowning achievement.

But “John Barleycorn Must Die” almost wasn’t a Traffic album at all. By 1970, Mason had already left the band on two separate occasions, and with Winwood declaring his departure in 1969 in order to join the Eric Clapton-formed supergroup Blind Faith, Traffic was no more. But Blind Faith didn’t even last a year, and Winwood was soon recording on his own for the first time. After producing a handful of tracks that lacked in substance, Winwood invited Capaldi and Wood into the studio in order to achieve a fuller, more cohesive sound, and the first reunion of Traffic became official soon after.

Winwood’s vision would become “John Barleycorn Must Die,” a departure from Traffic’s previous psychedelic sound, instead foraying into elements of jazz and progressive rock. This is immediately evident on the first track “Glad,” a quasi-jam rock instrumental that highlights Traffic’s mastery of the keys, sticks and various woodwinds. From there, “Glad” segues into “Freedom Rider,” a mysterious yet powerful track that features as much instrumental prowess as its predecessor, as well as an outstanding vocal from Winwood.

Other highlights include “Empty Pages,” a groovy number with as much swagger as any single of the era, and the title track, a traditional piece arranged by Winwood that showcases Traffic at its acoustic best, aided by Wood’s signature flute-playing.

“John Barleycorn Must Die” would help Traffic reach gold status in the U.S. for the first time, a trend that would continue on future triumphs such as the aforementioned “The Low Spark of High-Heeled Boys” and its successor “Shoot Out at the Fantasy Factory,” both fantastic records that further cemented Traffic’s transformation from a psychedelic standout into a jazz fusion and progressive rock trailblazer. But “John Barleycorn Must Die” was truly the turning point. And to think it wouldn’t have all been possible had Traffic not split up just a year before.  –DJ Bauer

Jenna Minnig is a junior majoring in broadcast journalism. To contact her, email jennaminnigx@gmail.com.